You know what they say about sequels — they need to think bigger, be bolder, and double down on more of what made the original so popular. Not long ago, we shared a little Mediterranean Movie Magic with you. It was a look at the history of popular movies filmed in the area over the years. Today, we’re premiering a sequel so expansive that it couldn’t be contained by a single region. No, no, this time, we’re sharing movie scenes that shaped an entire continent with South American Movie Magic! So grab your popcorn and dim the lights — it’s time to take a look at some of our favorite movies that just so happen to have been filmed in places we visit across South America. 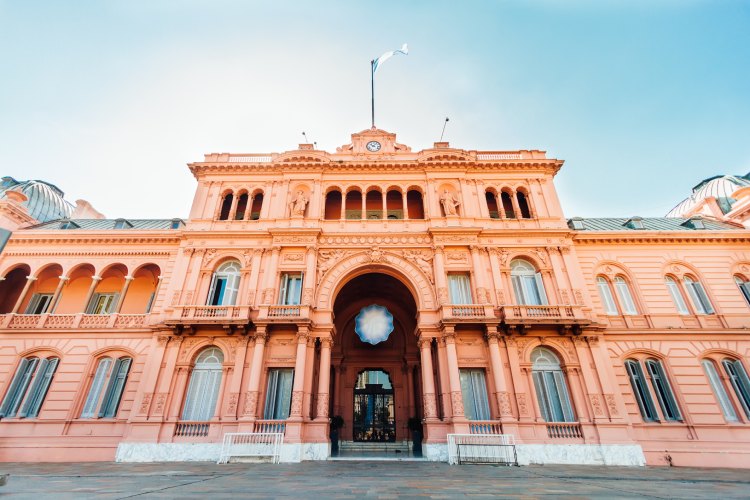 Our adventure through the world of movies filmed in South America begins in Argentina. Here, in 1996, director Alan Parker filmed Evita — a film based on a 1976 album by the legendary duo of Tim Rice and Andrew Lloyd Webber. The film tells the story of Eva Perón, an Argentian actress, politician, and activist who, to this day, some 70 years after her death, remains an international icon.

In the film, Perón is portrayed by another international icon of note — Madonna. And while this was not her first film role, it was undoubtedly her most acclaimed performance. In fact, it won her a Golden Globe for Best Actress in a Musical or Comedy (for what it’s worth, Evita is very much a musical and very much not a comedy).

Several filming locations were used throughout Buenos Aries, the most famous being Casa Rosada — the office of the President of Argentina. The iconic “Don’t Cry for Me Argentina” scene was filmed here over two days with a cast of 4,000 extras. 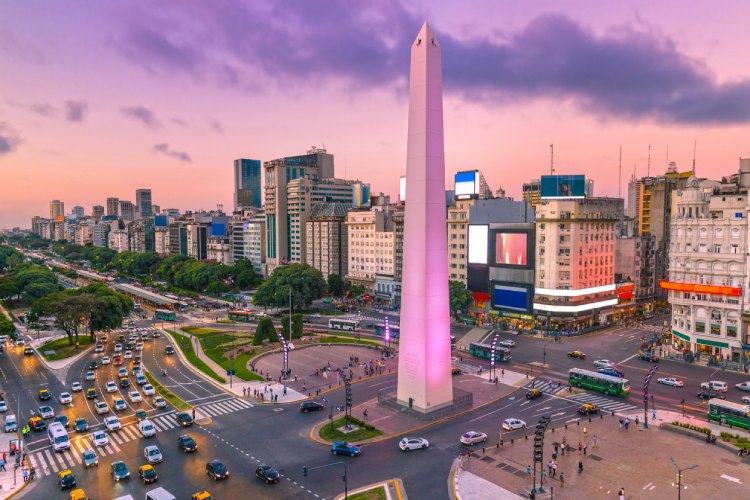 For many film fans, sci-fi doesn’t get much better than 2006’s Children of Men — a dystopian glimpse into a future where human beings face an unknown future. The film, which stars Clive Owen, Julianne Moore, and Michael Cain, was not a blockbuster upon initial release. But, it has grown beyond the trappings of the “cult classic” and become essential viewing for fans of speculative fiction, as well as masterful cinematography. The film, directed by Alfonso Cuarón, is known for several single-take shots that follow complex sequences for several minutes at a time. These types of shots have become Cuarón’s signature over the years, and this is the film where viewers really started to notice them.

While the majority of this film was shot across the UK, you’ll catch glimpses of Argentina in Children of Men. Specifically, the Obelisk of Buenos Aries as well as Puerto Madero, a barrio along the waterfront of the city. 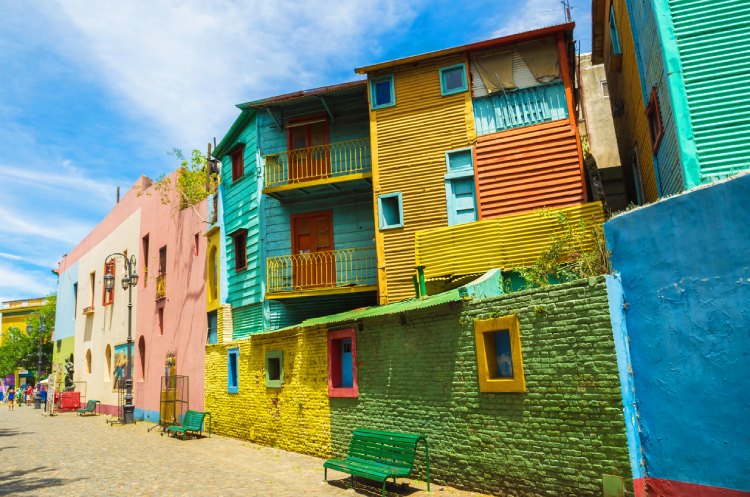 Crime! Comedy! Drama! Romance! 2015’s Focus has it all — including performances from two of the biggest movie stars working today, Will Smith and Margot Robbie. In this movie, Smith plays Nicky, a con man who takes a young grifter named Jess (Robbie) under his wing. But, eventually, their history ends up jeopardizing the biggest job of Nicky’s career. A job that just so happens to take place in, you guessed it, Buenos Aries.

Specifically, much of Focus was shot in the neighborhoods of La Boca and San Telmo. La Boca is known for its colorful houses and the Caminito, a street museum where tango artists perform regularly. San Telmo, located north of La Boca, is the oldest barrio in Buenos Aries. It’s characterized by colonial buildings, cobblestone streets lined with antique shops and cafes, and plenty of tango parlors where visitors can “focus” on some incredible dancing.

Explore our upcoming cruises to Argentina.

It should come as no surprise that an international super spy like James Bond has spent some time in South America. After all, this is 007 we’re talking about here! It seems like he’s been everywhere since this famous film series began back in 1963 with Dr. No and Sean Connery portraying Bond. By 1979, Connery was long gone, with Roger Moore taking up the mantle of this iconic character and starring in Moonraker — a film that takes Bond to Rio De Janeiro. Oh, and also outer space (we told you James Bond has been everywhere!). 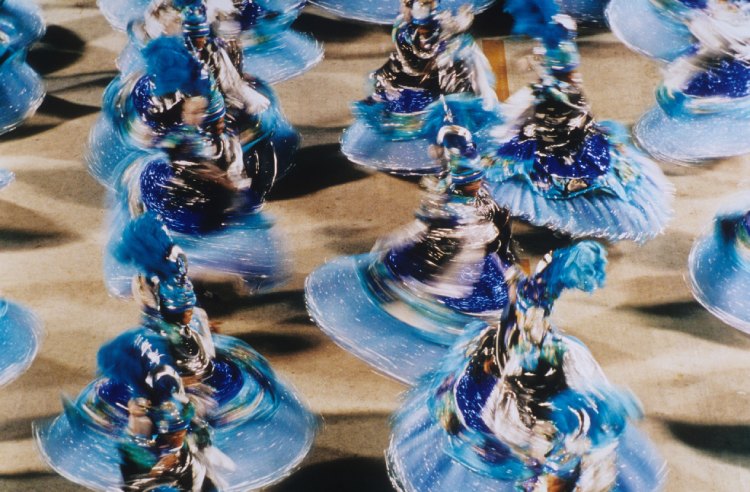 Bond arrives in Rio just in time for Carnival. These scenes were filmed on location nearly a year before the rest of the film was shot. The atmosphere of Rio during Carnival is really on full display here (and something you can experience for yourself when we cruise to Rio for Carnival.) Of course, if you’re familiar with the film, you’ll also remember that Bond has an epic confrontation with Jaws on the cable car lift to Sugarloaf Mountain. These cable cars remain in operation today, and you can ride them when you cruise to Rio de Janeiro with us. 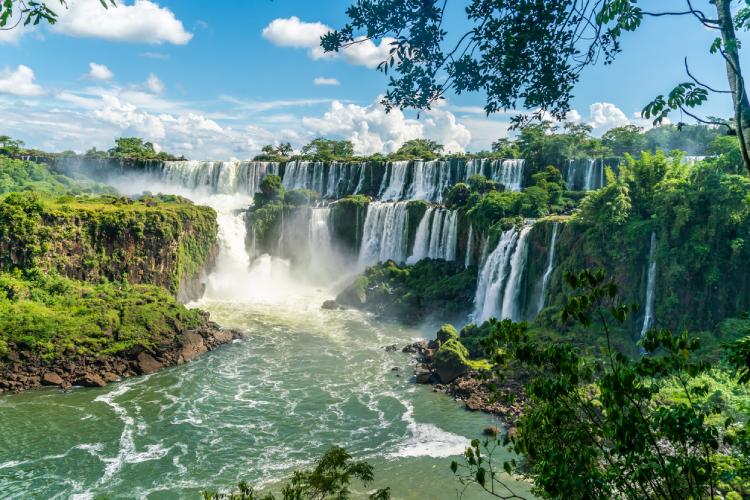 However, this isn’t the last James would see of Jaws (or Brazil) in Moonraker. A short while later, the two are in a boat chase down the Amazon river. While the river scene was filmed in Florida, its climactic conclusion — featuring James hand gliding over the breathtaking Iguazu Falls — was filmed along the Argentina/Brazil border.

Their appearance in Moonraker may have been among the first times Iguazu Falls appeared on the big screen, but it certainly wasn’t the last. Over the years, this roaring wall of water has been seen in movies such as The Mission, Miami Vice, Indiana Jones and the Kingdom of the Crystal Skull, and Black Panther. We’re feeling a little star-struck just looking at this incredible natural wonder!

Want to see Iguazu Falls for yourself? We’ll take you there on an Azamara Ashore Land Experience. 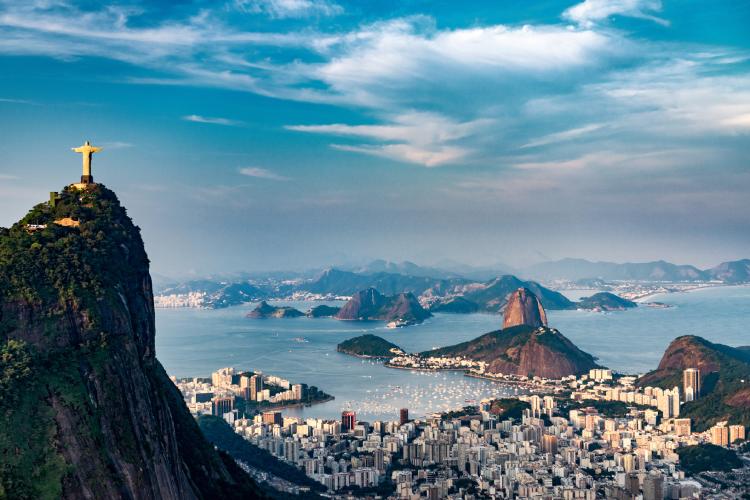 When it comes to outrageous heist movies, few are more beloved than Fast Five. The Fast and Furious franchise has seen a lot of twists and turns throughout the years, but when the crew traveled to Rio to steal a bank vault with Dwayne “The Rock” Johnson in hot pursuit, the franchise reached new levels of blockbuster success that it’s still riding today. And with so much of the film taking place in Rio, it might surprise you to learn that a lot of the scenes were shot in San Juan, Puerto Rico (where you can find wider and slightly more accommodating streets). That said, there’s plenty of Rio throughout this movie, including captivating shots of Sugarloaf Mountain, Christ the Redeemer, and the favelas dotting the surrounding hills. Meanwhile, the film’s main antagonist, Herman Reyes, operates out of his high-rise headquarters in the Banco Central do Brasil building, located on Avenida Presidente Vargas.

Interestingly enough, when Roman Pearce (one of the film’s protagonists) arrives in Rio, he’s seen leaving Rio de Janerio International Airport — except it’s not. The stand-in for the airport, in this case, is Rio’s Museu de Arte Moderna. A fitting choice, since for many, Fast Five represents a high point in the history of modern art!

Explore our upcoming cruises to Brazil.

Based on the journals of Ernesto “Che” Guevara, The Motorcycle Diaries follows the future leader of the Cuban Revolution as he and his friend Alberto Granado travel South America by Motorcycle in the early 1950s. As you can imagine, this road trip movie covers a lot of ground, with scenes filmed in Argentina, Chile, and Peru. 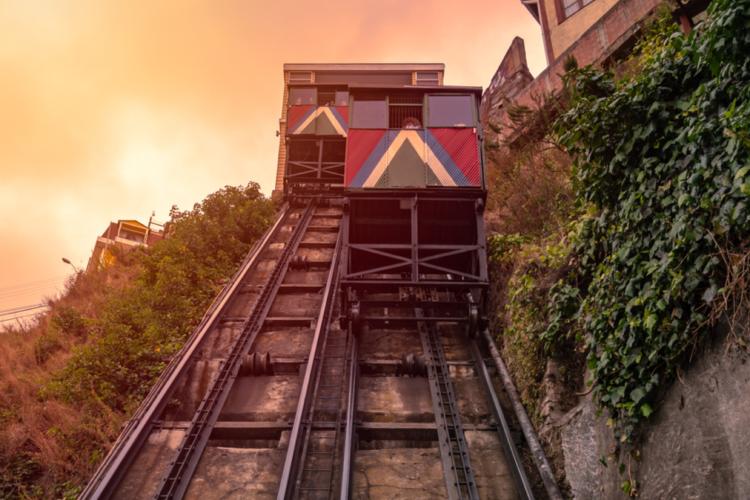 West of Chile’s capital, Santiago, Ernesto and Alberto find themselves in Valparaiso, where they ride the city’s funicular railway that takes them down from the surrounding hills to the lower town. The funicular railway is a signature attraction (and an essential mode of transportation) in Valparaiso and has been declared a National Monument of Chile. Today, seven funicular railcars built between 1883 and 1916 are still in operation, with an additional nine currently being restored. 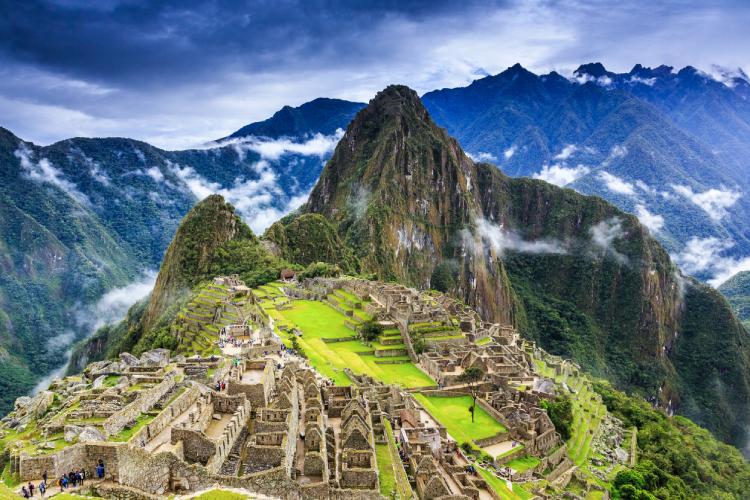 As they continue their journey north, Ernesto and Alberto arrive in Peru, where they spend some time at the legendary Machu Picchu. The look on actor Gael Garcia Bernal’s face when he first lays eyes on this Wonder of the World is as authentic as they come. In fact, we suspect you’ll have a similar reaction when you travel to Machu Picchu with us. The only difference? We forego the motorcycle in favor of the famed Hiram Bingham Train.

Explore our upcoming cruises to Chile.

Explore our upcoming cruises to Peru.

The Revenant is often remembered as the movie that finally netted Leonardo DiCaprio an Academy Award for Best Actor after five previous nominations. It’s known as one of the most brutal depictions of life in the American West ever put to film. Yes, you read that correctly, the American West. The vast majority of The Revenant was filmed in British Columbia, Alberta, and Montana. However, the thrilling final confrontation between DiCaprio’s Hugh Glass and Tom Hardy’s John Fitzgerald was filmed on Tierra del Fuego, an archipelago divided between Chile and Argentina, located along the southernmost tip of South America across the Strait of Magellan. 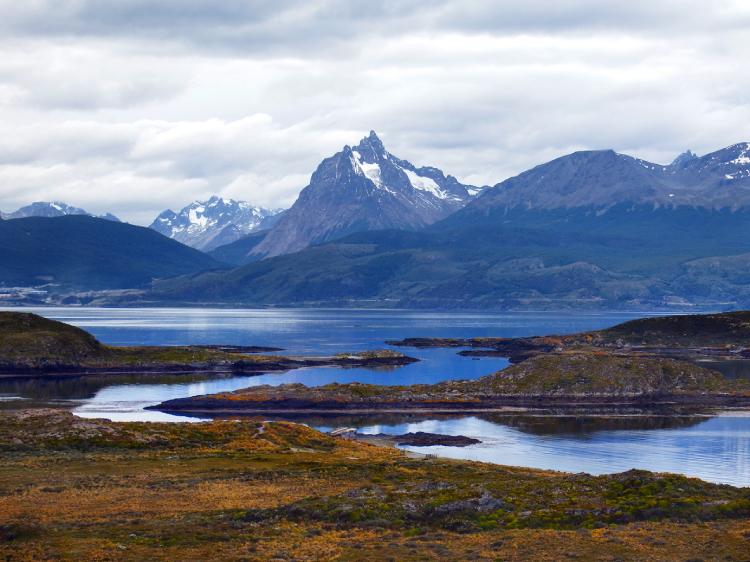 So what caused the change in location? Delayed production and the warm Chinook winds. When rising temperatures resulted in a sudden loss of snow across the landscape in Alberta, the production had to find a new filming location that fit the bill. After searching, they settled on Tierra del Fuego and spent four demanding days shooting the film’s final scenes.

You can take in the rugged wilds of Tierra del Fuego when you cruise the Strait of Magellan with us.

South America is Ready for its Close Up

From action to adventure, drama to comedy, a journey through South America comes with a wide range of emotions and experiences that are made for the big screen! So whether you’re interested in seeing iconic filming locations for yourself or simply want to take in all the beauty this continent has to offer, there’s a South American cruise that’s perfect for you.

When making your way through South America, you’re never too far from a stunning church — or the history, artifacts, and beauty they contain....

Since the early days of the movie industry, the Mediterranean has been a popular destination for filmmakers. And we can’t say we blame them. From the...