The Monaco Grand Prix: When a Country Turns into a Race Track

If you watch Netflix, you’ve probably seen the trailer, an episode, or a season or two of Formula 1: Drive to Survive. This thrilling docuseries gives an intimate behind-the-wheel look at life in the very fast lane of F1 racing. While the cast of characters and cars changes from year to year, one legendary event reigns supreme.

“The crown jewel of F1.”
“The race that every single driver wants to win.”
“The best sporting event on the planet.”

Yes, it’s the Monaco Grand Prix, long considered one of the most important and prestigious automobile races in the world. First run in 1929 — and a highlight of the F1 World Championship season since its inaugural start in 1950 — the Monaco Grand Prix has enthralled drivers, teams, and generations of spectators for almost a century...and for many a good reason. 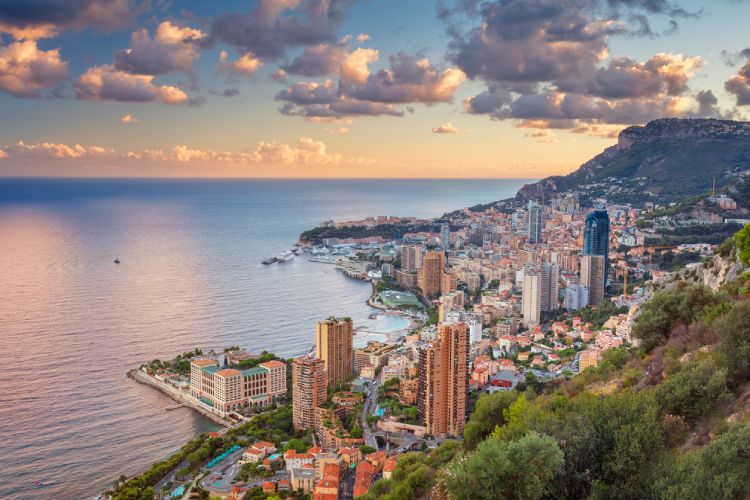 When it comes to dazzling backdrops for F1 racing, it really doesn’t get any better than Monaco. Nestled on the coast of the French Riviera, the tiny principality is home to a spectacular harbor full of yachts, casinos, high-end shops, and ultra-luxury living.

Of course, it’s also home to the Monte Carlo Casino (where you’ve probably seen a James Bond or a Danny Ocean appear at the gaming tables — but never a citizen of Monaco since they’re not allowed to gamble at the casino). However, there’s much more to Monaco than baccarat and blackjack.

La Condamine Market: Explore this enduring indoor/outdoor local market selling fresh flowers, culinary treats, crafts, and more.
Prince’s Palace: Witness the changing of the guard, a time-honored tradition, at this grand palace built in 1191 as a Genoese fortress.
Larvotto Beach: Just a short walk from downtown Monte Carlo, you’ll find Monaco’s favorite stretch of sand.
Princess Grace Rose Garden: Take a break from the busy streets at this oasis where thousands of roses blossom, filling the air with their sweet fragrance.
Musée Océanographique de Monaco: Founded by Prince Albert I in 1910, this world-renowned museum of marine sciences features over 4,000 species of fish and incredible views of Monaco. 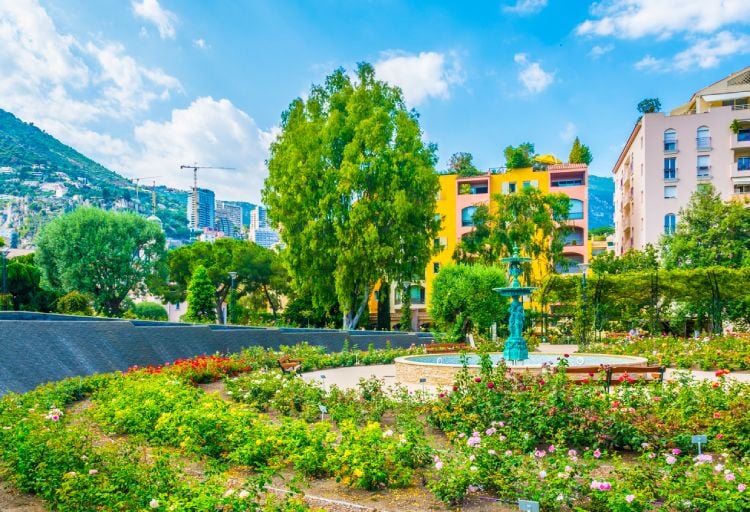 Monaco may be the world’s second-smallest country (only Vatican City is smaller), but it racks up some big numbers:

• It’s one of the densest countries in the world, with an area of 0.78 square miles (2.02 square kilometers) and a population of 38,300.
• An estimated 32% of Monaco’s population are millionaires.
• The average home in Monaco averages $4,560 per square foot.
• It consistently ranks as having one of the highest life expectancies in the world (89.4 years). 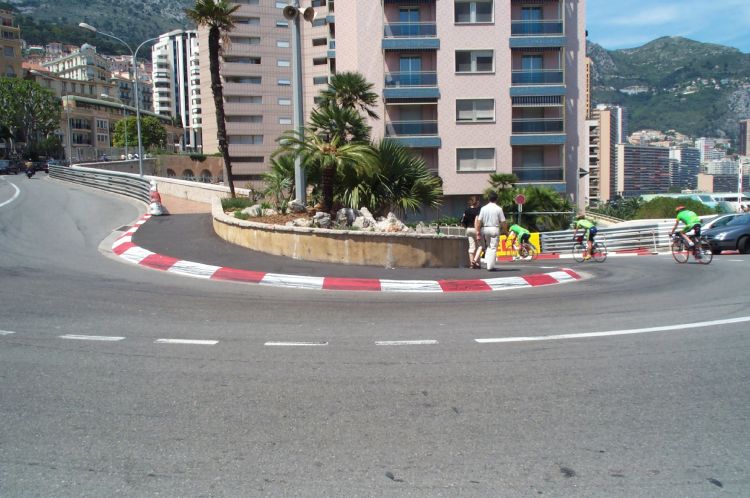 The Monaco Grand Prix is a riveting mix of history, atmosphere, and nail-biting precision, all played out on the streets of dazzling Monte Carlo. Although racing cars have evolved over the years, the Circuit de Monaco itself has remained relatively unchanged.

Narrow, winding, bumpy, and utterly unrelenting, the 2.07-mile street circuit (3.337 kilometers) features the most elevation change (138 feet/42 meters), 19 corners, and some of F1’s most iconic locations, including:

Turn 4 – Casino Square: A popular (and pricey) spot to watch Grand Prix cars fly by the entrance of easily the most famous building in Monaco, the Monte Carlo Casino.
Turn 6 – The Hairpin: The slowest corner on the F1 calendar, where drivers have to shift down to at least 40 MPH (65 KPH) or less to avoid a bottleneck, or worse, at this 180° turn.
Turn 9 – The Tunnel: More a straightaway than a corner, this is a challenging stretch for drivers, as the lighting and aerodynamic conditions change dramatically from the rest of the circuit.
Turn 18 – Antony Noghès: A final corner named after the founder of the Grand Prix, who came up with the wild idea of having a motor race through the streets of Monaco. 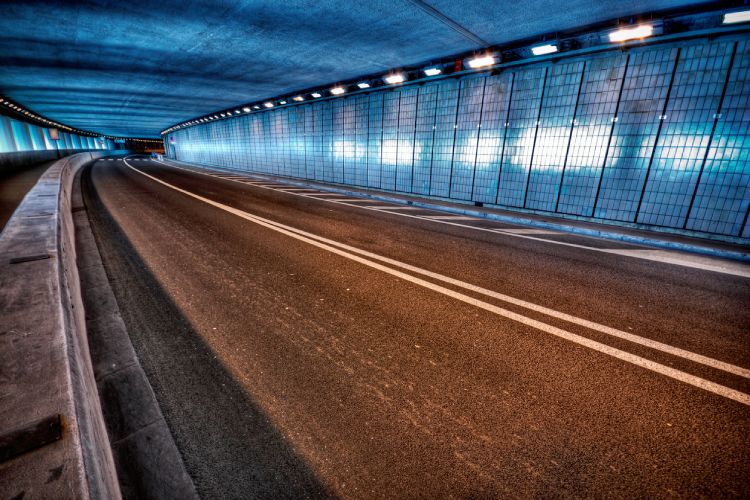 The Circuit de Monaco is so demanding that three-time World Champion Nelson Piquet once compared it to “riding a bicycle around your living room”. In fact, it still holds the record for the least number of cars to finish a modern-era F1 race. In both 1966 and 1996, only four cars managed to see the chequered flag. 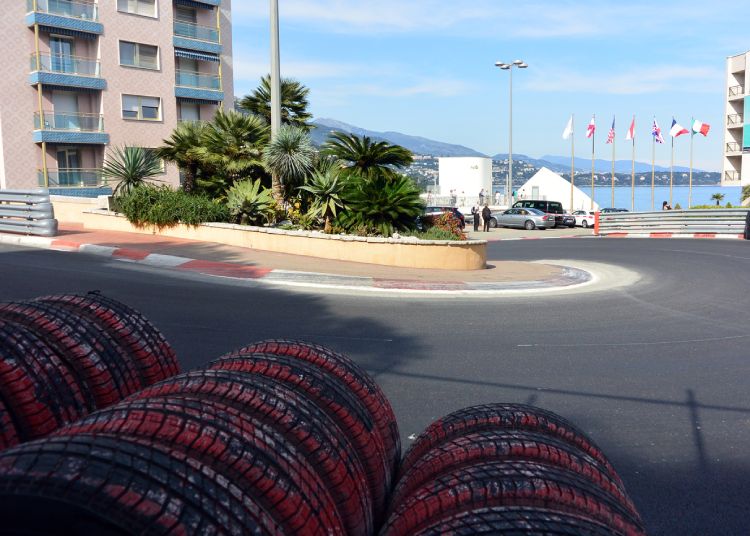 When you’re racing on F1’s most challenging and difficult-to-overtake track, averaging 5,000 gear changes through 78 laps, and traveling at speeds of up to 180 MPH (approximately 290 KPH), every sense is on overdrive. To succeed, you need to be an extremely talented, confident, and controlled driver, with nerves of steel and a trunk full of ambition.

It’s no wonder Monaco’s champions read like a who’s who of the racing world. Stirling Moss, Jackie Stewart, Nico Rosberg, and Lewis Hamilton have chalked up three wins, and Alain Prost has four. Hamilton continues to race — along with previous winners like Sebastian Vettel, Daniel Ricciardo, and Max Verstappen — but it’s going to be a hard drive to the finish line to surpass the records of these racing legends:

Ask the locals, and they’re sure to tell you they’ll be cheering on Monégasque driver Charles LeClerc, who is hoping to take home the Grand Prix trophy (and the hand-crafted Louis Vuitton “Trophy Travel Case” that goes along with it) after a damaged gearbox dashed his chances in 2021. 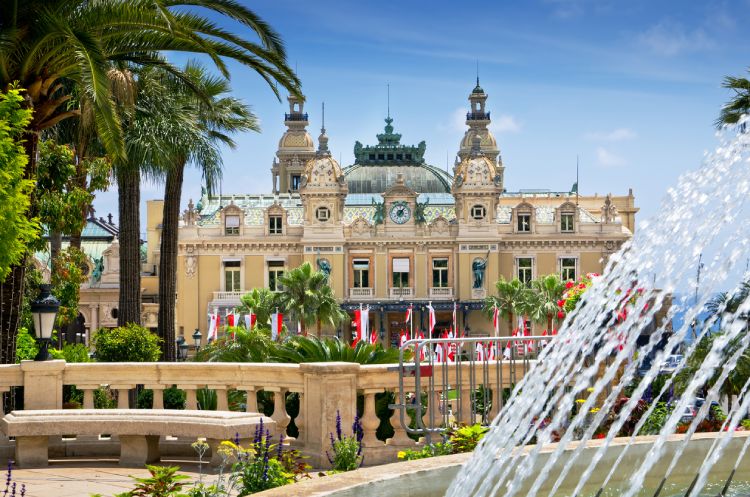 Is all this talk of the Monaco Grand Prix making you eager to see this epic event in person? Good news, we can take you there! In 2023, Azamara has two voyages that will put you in the heart of Monaco for the world’s most exciting race.

5-Night Grand Prix Weekend Voyage – Departing from Barcelona, it’s on to a late-night stay in Saint-Tropez, followed by an overnight and late-night stay in Monte-Carlo — perfect for catching all the action of race weekend. Your adrenalin levels are sure to come down during a relaxing day at sea, as we return to Barcelona.

9-Night Monaco Grand Prix Voyage – In addition to an overnight and late-night stay in Monte-Carlo during the 2023 Monaco Grand Prix, this voyage includes visits to some of the best destinations in the Mediterranean: Rome (Civitavecchia), Florence/Pisa (Livorno), Provence, Mahon (Menorca), Palma de Mallorca, Ibiza, and Barcelona.

To get you even more into the racing spirit of things, be sure to check out our port page on Monte-Carlo, visit the F1 page on the Monaco Grand Prix for 2022, and watch the latest trailer for Formula 1: Drive to Survive.

Since the early days of the movie industry, the Mediterranean has been a popular destination for filmmakers. And we can’t say we blame them. From the...

5 Mediterranean Azamara Ashore Land Experiences We Are Excited About

There’s a reason the Mediterranean is one of cruising’s hottest destinations year after...

Some destinations feel like a second home. Argentina is that for me. I’ve been going to Argentina since I was a high-school foreign-exchange student...