2022 is shaping up to be an incredible year for Azamara! We’re back on the water exploring the world, we have a new addition to our fleet, the Azamara Onward, and we’re looking forward to returning to some of our favorite places on Earth, as well as visiting many maiden ports for the first time! From South America to Europe, Asia to the Mediterranean, we’re making our way across the world this year, and we want to share a bit of that excitement with you! Here are seven ports we’re excited to visit in 2022. 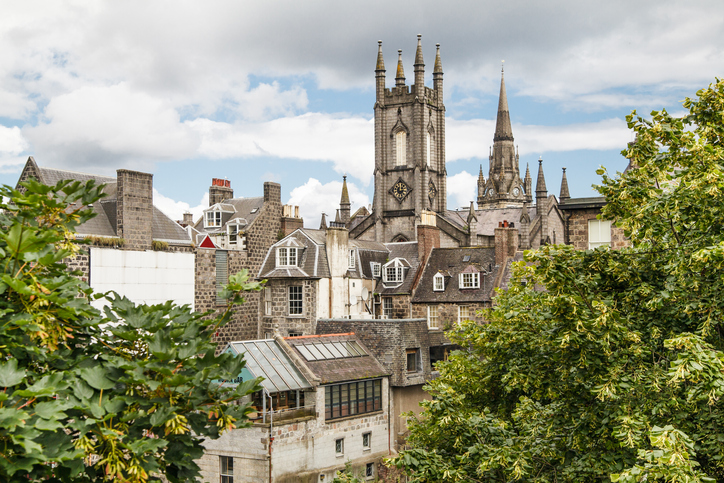 Scotland’s Granite City, Aberdeen is nestled in where the Dee and Don rivers flow into the North Sea. It’s a city of staggering architecture that glimmers on sunny days. This is because many of the buildings here were built using silver-grey granite from the Rubislaw Quarry (hence the apt nickname). You can get a real sense of the architectural delights here by strolling through Old Aberdeen, home to high-street shopping experiences and bustling cafes.

Being a harbor town, it should come as no surprise that Aberdeen has a rich maritime history. And you can learn all about it at the Aberdeen Maritime Museum. The museum will guide you through Aberdeen’s dramatic relationship with the sea — from its early days as a trading hub and shipbuilding powerhouse to its current status as a leader in the oil and gas industry. The collection here is displayed across four floors of the main museum, as well as in the 16th century Provost Ross House — Aberdeen’s oldest building.

This is one of several museums in Aberdeen, making it a delightful destination for the curious. Art lovers can lose themselves in the Aberdeen Art Gallery, while those with a fascination for the people that make a city great will love Provost Skene’s House. This attraction celebrates the pioneering people who have shaped more than the city, but all of Northeast Scotland. 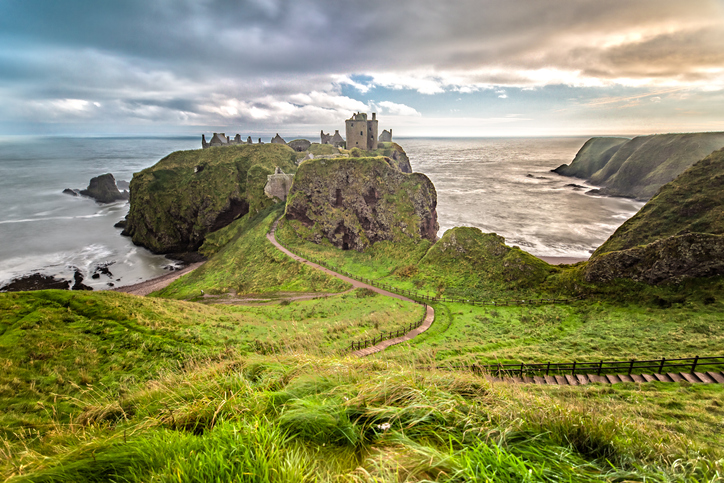 And, if you love castles, you’re in the right place. We’ll be offering several shore excursions to local castles, including an exploration of Drum Castle, a visit to Dunnottar Castle, and a journey through the intricate gardens of Crathes Castle. 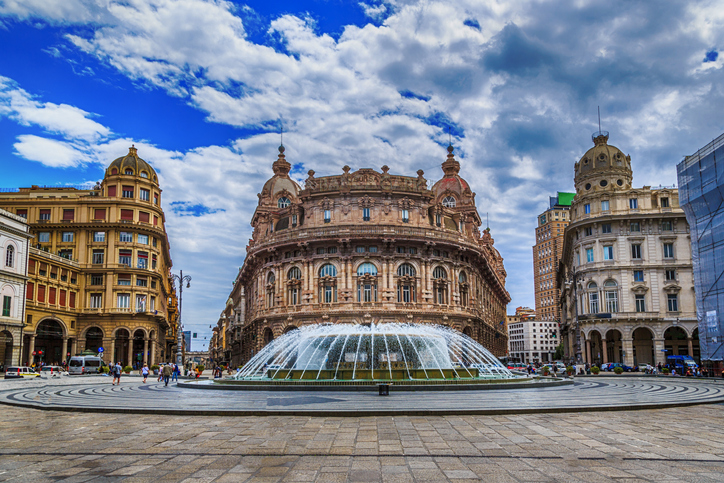 An ancient city along Italy’s northwestern coast, Genoa has earned its nickname of La Superba (The Superb One). After all, it’s a city full of fabulous architecture, rich culture, and plenty of art. For many, Genoa is known as the birthplace of Christopher Columbus, which may explain the intrinsic sense of adventure and discovery that permeates across the city. But it’s also home to many incredible landmarks, including the Lanterna, one of the tallest and oldest lighthouses in the world.

A walk through Genoa often feels like taking a journey through time. Make your way to the Old City, where the narrow streets twist and turn through a maze before spilling into high-end bars, shops, and cafes. These laneways are known locally as caruggi, and are a signature piece of the city. Elsewhere, stroll along Corso Italia, an oceanside promenade that leads to Boccadasse. This vibrant neighborhood was once a separate community and is now an ideal spot for tasty gelato on a warm afternoon. 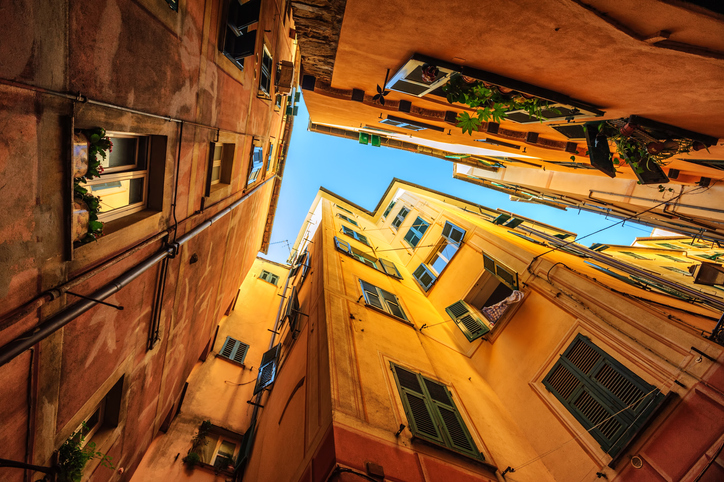 To get an excellent sense of the city, join us on a tour through Genoa. Led by an expert guide, we’ll explore the Piazza de Ferrari, as well as the city’s ancient palaces. We’ll also take you to the birthplace of Christopher Columbus before climbing atop Carignano Hill for breathtaking views of the city. 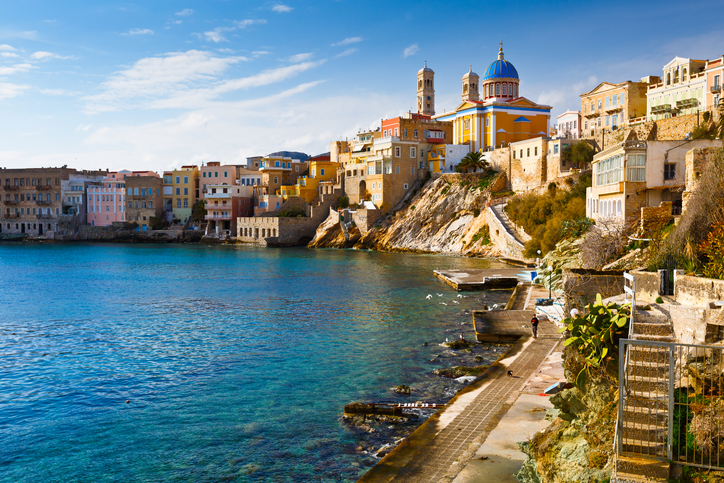 For many, Greece is synonymous with hedonism, but not every part of this Mediterranean mecca is all party, all the time. Syros is a perfect example of a laid-back alternative — a place where the authentic Greece is on full display. The capital of the Cyclades, Syros isn’t a spot that sees tourists flood its streets every year, and that’s the way they like it. Don’t mistake this no-fuss approach as a weakness, however. In fact, it might be the city’s greatest strength. 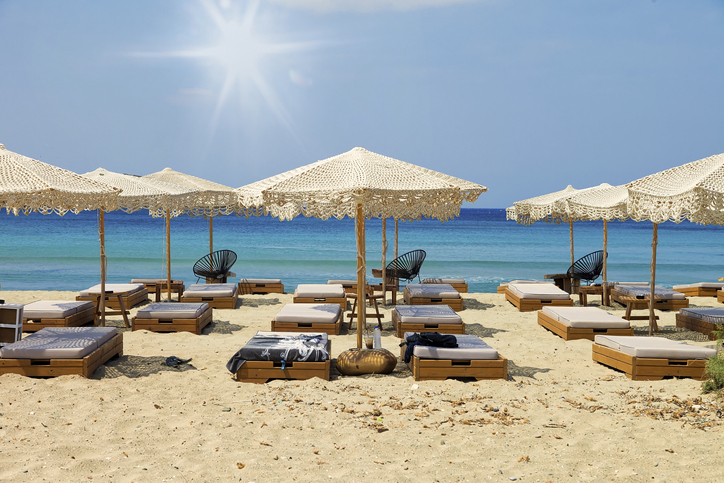 Beaches are never overcrowded here, and neither are its myriad of attractions. Stop by St. Nicholas’ Church to catch a glimpse of its beautiful frescos. It’s on the tour when you join us on the Ermoupolis on Foot shore excursion, as is Town Hall and the church of the Dormition. If you’re exploring on your own, you’ll want to head over to the Apollon Theater, where they’ve been putting on shows since the 1860s. On the top floor of the theater, you’ll find displays that showcase memorabilia from past productions.

To get beyond the capital, join us as we explore the Villages of Syros. This driving and walking tour is an excellent way to see even more of the island, as well as an authentic view of Greek culture. We’ll also take you to the Church of the Assumption, the second oldest church on the island, where a masterpiece by El Greco is waiting for you to discover. 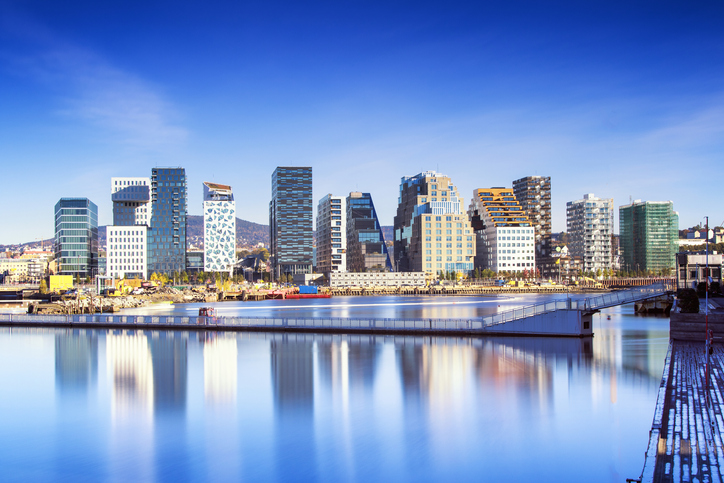 Commonly known as the Tiger City, Oslo is compact and cultured — a charming hot spot in a part of the world more widely known for its chilly temperatures. Bordered by the sea on one side and towering mountains on the other, Oslo is a city of contrasts. It’s a city where history combines with contemporary charm, resulting in striking sights you’ll love exploring.

Oslo is a culture lover’s dream, and no matter where you find yourself, you’re never too far from a museum or gallery that explores the region’s past. There’s Vikingskipshuset and the Nasjonalgalleriet, the Astrup Fearnley Museet and Vigelandsparken — an open-air showcase of Norway’s beloved sculptor, Gustav Vigeland, located with the Frognerparken. 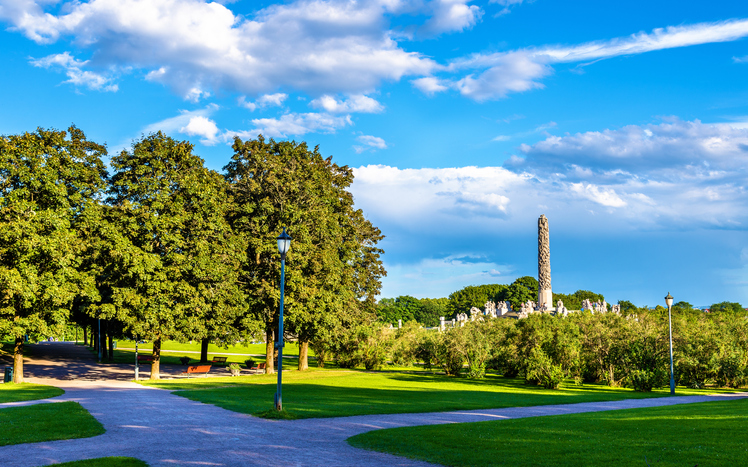 Frognerparken is just one of many parks scattered throughout Oslo. This is one of the world’s greenest cities, after all, and a former European Green Capital. So what does this mean for you? Well, it means you’ll enjoy plenty of green space and outdoor activities, but you’ll also find a lot of investment in things like public transportation — making exploring the city convenient and easy. That’s good news, because there’s a lot to see here. And to fuel that exploration, you’ll also find a culinary scene with few rivals. Interestingly enough, in addition to Michelin-starred restaurants and fantastic fusion options, Oslo has earned a reputation for being home to some of the best sushi and pizza on Earth, as well as polse (the iconic Norwegian hotdog). 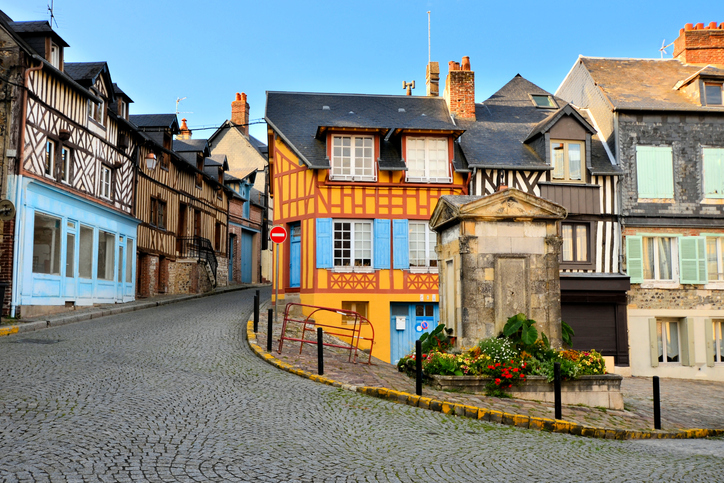 If you’re an art lover, you may already be familiar with charming Honfleur, France. That’s because this lovely port has captured the heart of many artists over the years, including Monet. In fact, it was right here in Honfleur that Monet, under the guidance of his mentor Eugene Boudin, began studying light effects that would influence so many of his most famous works. But Boudin was more than just Monet’s mentor. He was a talented painter and iconic figure in his own right. Here in Honfleur, you’ll find the Musee Eugene Boudin, a museum featuring a room dedicated to his work, as well as a phenomenal collection of 19th and 20th-century paintings of the Normandy region. 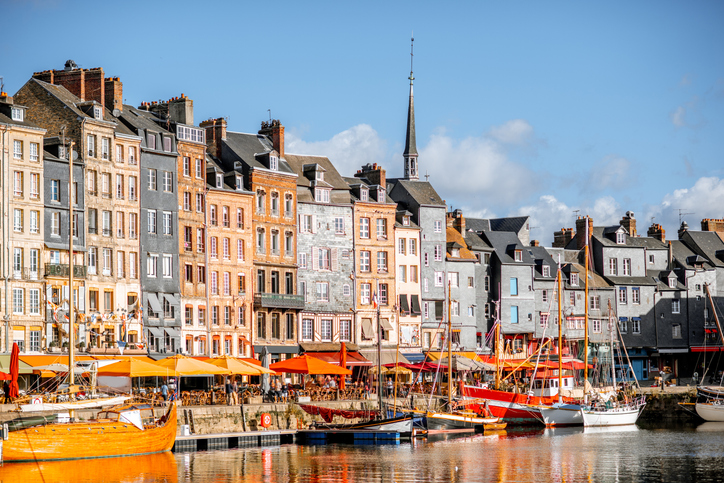 So what draws heavyweights of the art world to this seaside town? Perhaps it’s the authentic maritime charms on full display throughout Vieux Bassin, the Old Harbour. Here, fishermen can be seen hard at work hauling in their catches every day. And that abundance of fresh-from-the-sea fare means only one thing — you’re sure to enjoy some sensational seafood during your visit here. One spot we’re excited to try is La Fleur de Sel, a world-renowned favorite known for innovative choices and high-quality locally sourced ingredients. Be sure to pack your appetite! 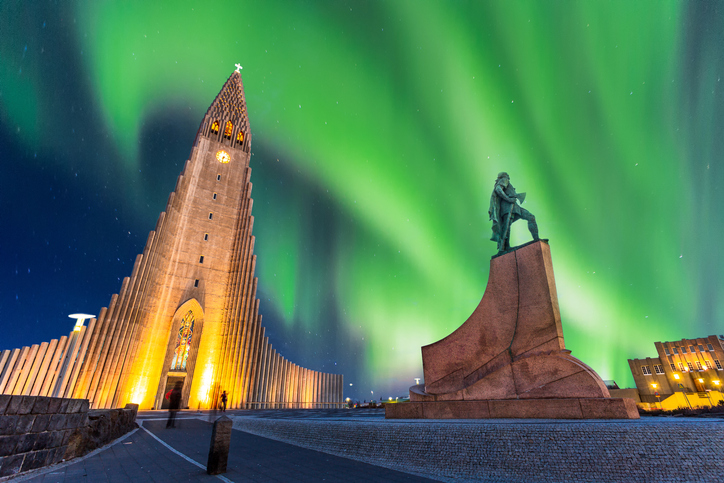 When we say we’re excited to go everywhere this year, we mean everywhere — including the world’s most northerly capital, the one-of-a-kind Reykjavik. Brimming with creativity, culture, and an undeniable quirkiness, Reykjavik charms all who are lucky enough to visit. There are plenty of museums and galleries here, ranging from the traditional Reykjavík Art Museum and National Gallery to the slightly more avant-garde offerings you’ll find in the Marshall House.

Of course, for many, Iceland is synonymous with natural wonders, and Reykjavik certainly delivers on that promise. Not far from Reykjavik, you’ll find Thingvellir National Park waiting for you to discover. For a truly unique experience, make your way to Thingvallavatn, Iceland’s largest natural lake, where you can descend into waters between the North American and Eurasian tectonic plates. 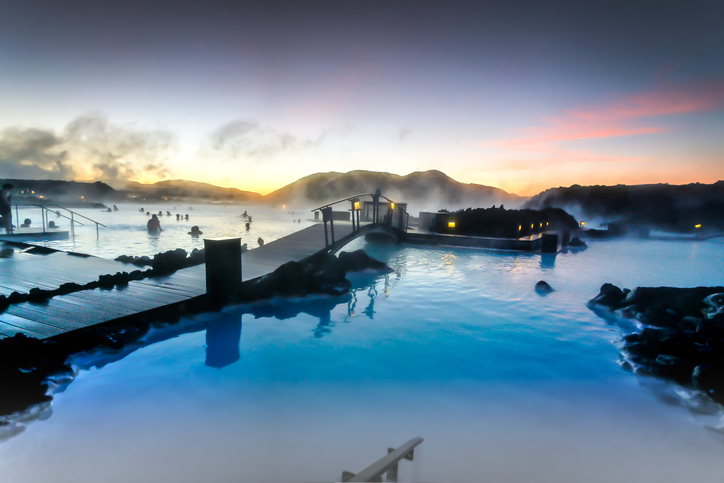 If you prefer your outdoor experiences a little more relaxing, join us for the Lunar Landscapes & Bathing in the Blue Lagoon shore excursion. This journey will take you through Iceland’s famed geothermal territories, including the iconic Blue Lagoon, where you can take a dip in seawater heated by volcanic activity deep within the Earth. Afterward, glimpse lava flows along the Reykjanes Peninsula before arriving at Krysuvik for a photo opp in a landscape of hissing steam vents and bubbling mud pools.

And if you’re hungry to check out Reykjavik’s gastronomy scene? Join us on a culinary walk through the city’s old harbor neighborhood. You’ll stroll vibrant city markets and learn about local delicacies — all while sampling a few tasty delights along the way. 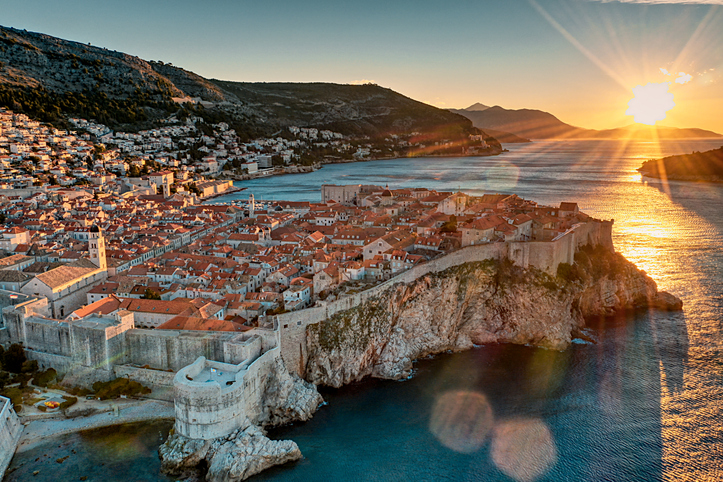 “Those who seek paradise on Earth should come to Dubrovnik and find it.” - George Bernard Shaw

Truly, Dubrovnik is one of our favorite places on Earth. The Pearl of the Adriatic, there’s something magical about this ancient city surrounded by massive stone walls. The city’s towering walls are among its most famous attributes, and no visit is complete without taking a stroll along them. When you join us on the Walk the Historic Walls of Old Town shore excursion, you’ll enjoy a guided tour along these medieval walls, beginning at Pile Gate and spanning their entire length. During the tour, you’ll learn more about several fortresses while enjoying a unique view from above of the city’s tangled web of cobblestone stress stretching out in the shadows of church steeples. 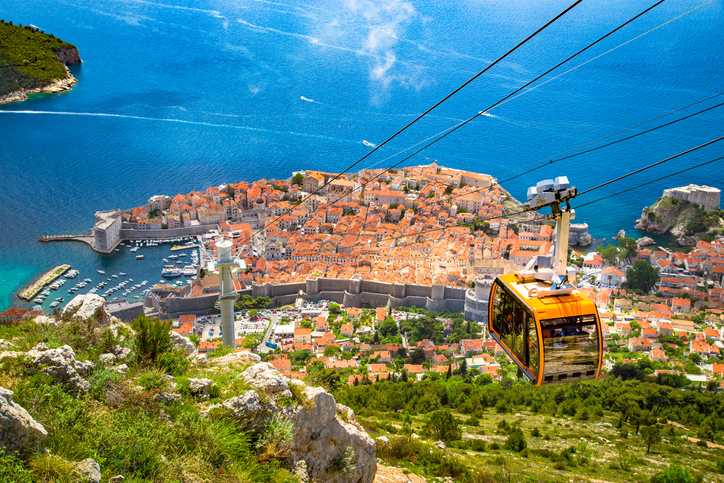 And speaking of views from above, after your stroll, be sure to make your way to the top of Mount Srd via cable car. Catching a glimpse of the walled city below, with the shimmering Adriatic and its brilliantly blue water in the background, is something that will be etched into your mind forever. But still, it will be nice to snap a photo to share with others!

Beyond the city, more beauty awaits on your cruise to Croatia, including biking through the Konavle Valley and the village of Gruda. Foodies can also sample seafood in Ston, the Oyster Capital of Croatia, including oysters, mussels, seafood risotto, and more. Meanwhile, suppose you’re a wine lover. In that case, you’ll adore sipping your way through the wineries of the Croatian countryside on an unforgettable train journey.

The World is Waiting

These are only a few of the ports we’re excited to cruise to in the coming year. But the thing we’re most excited about in 2022 is sharing all of these exciting experiences with you! Where are you eager to travel in the coming year? Let us know over on Facebook and Instagram.

Ready to start planning your next cruise? Start by checking out all the Azamazing ports we’re visiting this year.