A rugged volcanic island in the middle of the North Atlantic, Iceland has long held a special allure to outdoor adventurers, history buffs, and cultural connoisseurs alike. A world apart from mainland Europe in both geography and custom, Iceland’s breathtaking landscape of towering glaciers, plunging waterfalls, verdant valleys, and black-sand beaches is second only to its charming towns, intriguing folklore, welcoming locals, and cosmopolitan capital.

This is a country that was made to be explored by sea. Its relatively compact size and miles of breathtaking coastline put this magnificent destination’s wonders within easy reach. Of course, with so many exciting options for unique and immersive shore excursions, it can be challenging to choose how to spend your days in port — which is why we’ve rounded up a few of our favorites to help you decide.

Here are seven things we can’t wait to experience on an upcoming Azamara voyage to the Land of Fire and Ice.

Horse Around in ​​Skagafjörður 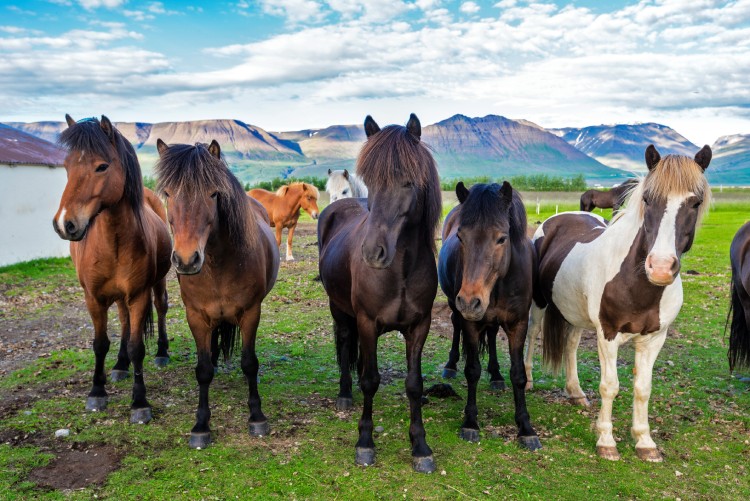 Known as the cradle of Icelandic horsemanship, the northern coastal port of Skagafjörður serves as the agricultural heartland of the nation. It’s also an animal-lover’s paradise; with a population of just 5,000, it’s the sole county in Iceland where horses outnumber people. And the horses of Skagafjörður are anything but ordinary.

A distinctive breed, the Icelandic horse is famous for its compact, pony-like stature, shaggy mane, and friendly, lovable temperament. Because of their isolation, Icelandic horses are naturally purebred, living long, healthy lives protected from diseases endemic to horse populations in other parts of the world. The breed is considered especially unique for its ability to perform five different gaits (styles of walking), while other breeds can typically only perform three or four.

Whether you’re a seasoned equestrian or a novice without prior riding experience, there are plenty of ways to enjoy this charismatic animal. Take in an Icelandic horse show at Hrímnisholl Horse Farm, where you’ll learn all about what makes these animals so special from the people who know them best. Or, if you’re looking for an experience that’s a little more hands-on, follow an expert guide on a scenic ride from Lýtingsstaðir Horse Farm through the farms, rivers, and valleys of Skagafjörður. Afterward, stop for refreshments (and an adorable photo-op!) at the only stable in Iceland built entirely of turf and wood.

Take a Dip in the Blue Lagoon 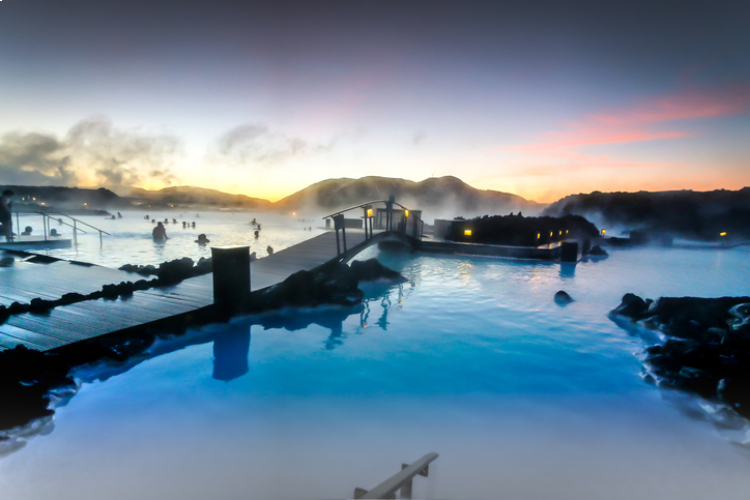 Perhaps the most instantly recognizable destination on this list, no journey through the Land of Fire and Ice is complete without a visit to the iconic Blue Lagoon. Located 45 minutes outside of cosmopolitan Reykjavik, past the stark lava fields of the Reykjanes Peninsula, this inviting geothermal spa’s milky white waters glow an otherworldly blue in the sunlight.

Weather in Iceland can be unpredictable at the best of times, but with water temperatures averaging between 90-104°F (32-40°C), the Blue Lagoon offers visitors an inviting experience, rain or shine. Spread the lagoon’s invigorating silica mud on your skin and luxuriate in the healing waters. Next, visit the on-site sauna and steam baths — carved into the rock of an ancient lava cave. Afterward, enjoy a cocktail at the al fresco Lava Bar and drink to a day of divine relaxation.

Take to the Seas on a Whale-Watching Tour 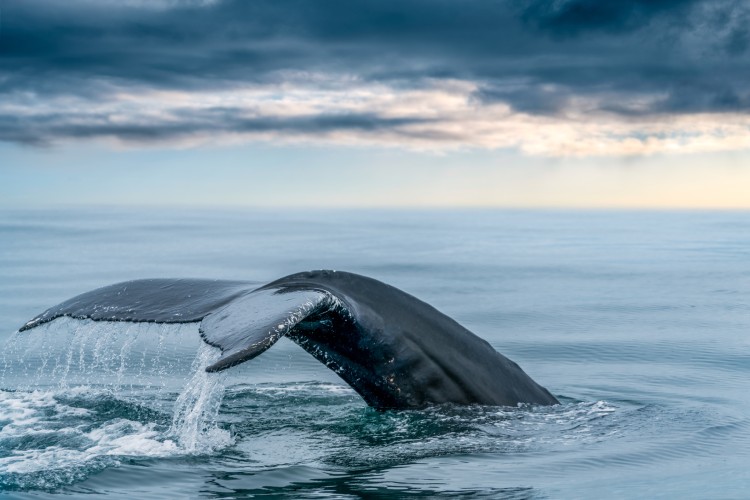 On the country’s stunning northern coast is a town affectionately known as the whale-watching capital of Iceland: Husavik. The deep waters around this cheerful fishing community are home to more than 23 species of whale, along with dolphins, porpoises, and a host of magnificent sea birds.

Here, conservation and historic preservation go hand in hand. Take to the waters of Skjálfandi Bay in a traditional Icelandic oak boat, the same kind used by generations of seagoing islanders. Lovingly restored by expert carpenters, these exceptionally sound historic vessels glide near-noiselessly through the water, bringing you up-close and personal with the bay’s diversity of marine mammals without disturbing the delicate underwater ecosystem.

Cozy up with hot cocoa and cinnamon buns while you watch for pods of minke and humpback whales frolicking just offshore. Lucky voyagers may even catch a glimpse of the largest animal on earth: the elusive blue whale, a gentle giant of the ocean known to frequent Husavik’s tranquil shores. 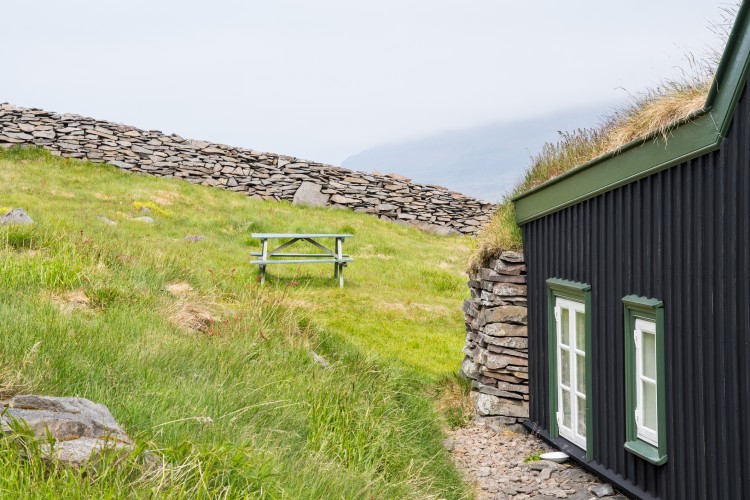 Widely regarded as a seafaring nation, Iceland is also home to a rich agricultural history that’s not to be overlooked. As recently as the 19th century, more than three-quarters of Icelanders lived off the land in traditional turf-roofed farmhouses called torfbaeir. As subsequent generations gradually relocated from the countryside into larger towns and cities, these once-common homesteads all but disappeared — save for a few carefully preserved examples like the historic farm of Litlibær.

Located just outside the port of Ísafjörður, the Litlibær turf farm sits nestled into the hillside overlooking the waters of Skötufjörður. Originally built by two local families in 1875, the farm was abandoned in the mid-20th century and fell into disrepair until it was taken over by the National Museum of Iceland in 1969.

Today, the stunningly restored farmstead offers a window into everyday life in a bygone Iceland. Here, you can learn about time-honored Icelandic farming traditions from the National Museum’s knowledgeable guides. An on-site cafe and gift shop is also the perfect place to enjoy a sweet treat of homemade jam and waffles, or browse their selection of handmade woolen sweaters, socks, and caps.

Unlock the Mysteries of the Eastern Fjords 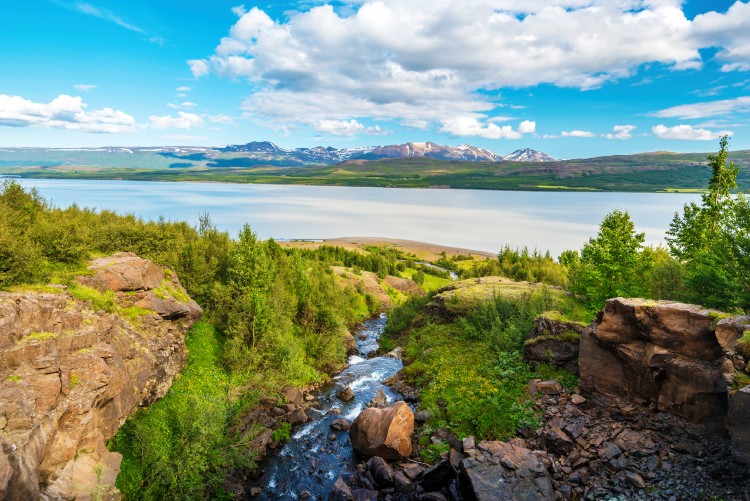 One of the very best things about cruising with Azamara is getting to visit those hidden-gem ports and lesser-known destinations that larger ships just can’t access. Nowhere in Iceland is this advantage more evident than with a visit to Seydisfjordur, a small town that’s big on adventure. Nestled against a backdrop of snow-capped mountains on the country’s east coast, Seydisfjordur is your gateway to the jaw-dropping majesty and beguiling mystery of the Eastern Fjords.

Embark on a guided driving tour up the Fjardarheidi Mountain Pass to a panoramic lookout point with sweeping views of Lake Lagarfljót. Often compared to Scotland’s Loch Ness, the icy depths of Lagarfljót are said to be home to a mysterious, serpentine monster known by the locals as Lagarfljótsormurinn. While sightings of the serpent have been documented as far back as 1345, footage of a recent 2012 sighting has left locals and experts divided as to the existence of the elusive creature.

After descending from the Fjardarheidi Pass, it’s on to Skriduklaustur, a rustic farmstead in the Fljótsdalur valley and the former home of famed Icelandic writer Gunnar Gunnarsson. Once the site of a medieval monastery, Skriduklaustur now serves as a visitor’s center and writers’ retreat, and is home to a collection of objects connected to Gunnarsson’s work and life. A short drive away, on the southern extreme of Lagarfljót, lies the striking red roof and steeple of historic Valthjofsstadur. A 14th-century manor and church filled with historic relics, the halls of Valthjofsstadur still echo with tales of Iceland’s storied past.

Make a Pilgrimage to the Waterfall of the Gods 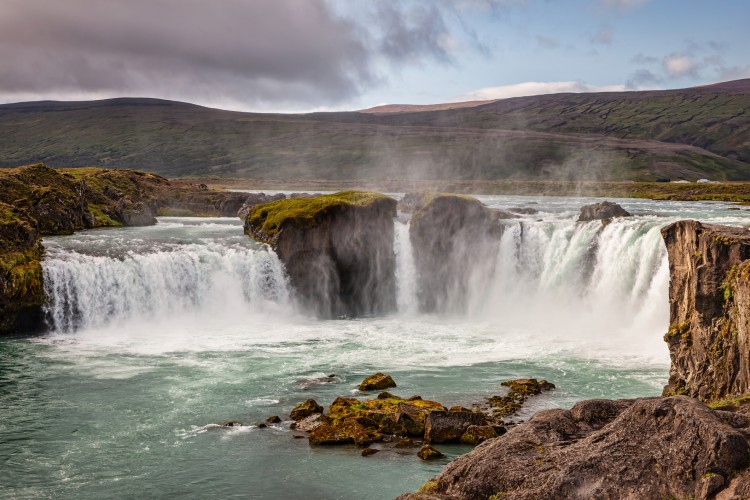 Just 60 miles south of the Arctic Circle, under the brow of distant, snow-capped mountains, lies the idyllic port town of Akureyri. Home to a population of just 18,000, Akureyri nonetheless holds the title of the second-largest city in Iceland. It’s also your gateway to the Myvatn Nature Baths — an expansive complex of geothermal pools on the shores of Lake Myvatn, just an hour’s drive inland from the picturesque port.

Drawn from depths of up to 2,500 meters beneath the surface of the earth, the waters of Myvatn contain a rare blend of minerals, silicates, and microorganisms said to have special healing properties. Enjoy a relaxing shvitz at the on-site steam baths, treat yourself to a cocktail at the swim-up bar, or simply lie back and take in the otherworldly blue waters and magnificent scenery surrounding you.

On your journey back to port, be sure to stop at the famed Goðafoss Waterfall — a towering, 100-foot cascade located midway between Akureyri and Lake Myvatn. Widely considered one of Iceland’s most spectacular natural wonders, Goðafoss also played a pivotal role in shaping the island’s rich history and spirituality. With a name that roughly translates to “waterfall of the gods”, the site has been immortalized in legend as the place where the Ásatrú priest Þorgeir Ljósvetningagoði cast the idols of the island’s Old Norse Gods into the plunging depths — a symbolic break with the ancient Icelandic faith and embrace of a burgeoning European Christianity.

Sample a Local Brew in Heimaey 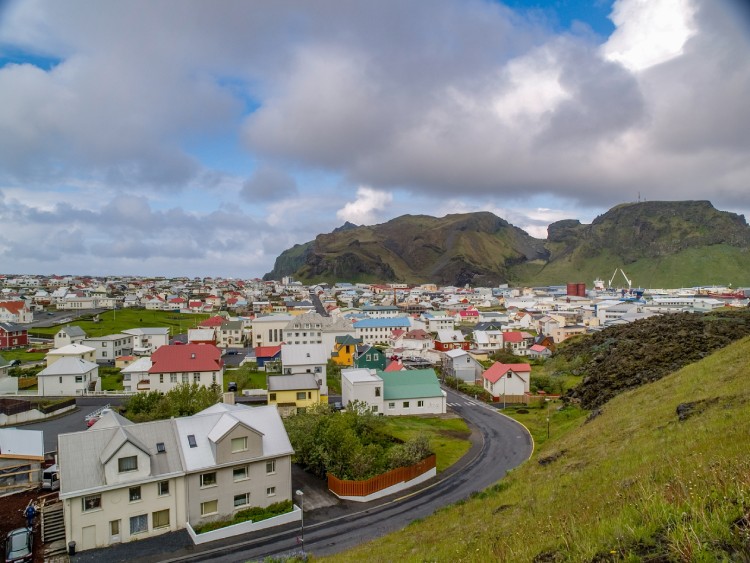 Perhaps the most compelling argument for exploring this magnificent country by sea is a visit to the tiny island of Heimaey — home to a small town with an explosive past. Located just off Iceland’s southern coast, the volcanic island plays host to a thriving fishing community, an award-winning golf course, and, during the summer months, the largest puffin colony in the world. It’s also the site of the infamous 1973 Eldfell eruption, which engulfed nearly half the town and threatened to destroy the harbor. Quick-thinking locals were able to douse the encroaching lava flow with icy seawater, stopping it in its tracks, preserving the port and, by extension, the town’s livelihood.

Today, a literal stone’s throw (well, a five-minute stroll) from that once-threatened harbor, you’ll find the wildly popular Brothers Brewery. Founded a decade ago by four local brothers, the bustling beer hall boasts an extensive menu of small-batch brews, including IPAs, red ales, pale ales, stouts, porters, and English ales. Beers are proudly crafted on-site using locally sourced ingredients like Icelandic thyme and dulse, a red seaweed indigenous to both Iceland and the British Isles. Take a tour of the brewing facilities, then pull up a chair in their charming beer hall and toast skál to your great Icelandic adventure.

With its magnificent landscape, intriguing culture, and captivating history, Iceland is a true bucket-list destination — and the perfect place to explore on an immersive voyage with Azamara. Whether you’re looking to lose yourself in nature, taste a little local flavor, or take a step backward in time, you’ll find countless opportunities to do just that through our many exciting ports and memorable shore excursions.

Daydreaming of a grand adventure to a volcanic island at the edge of the world? Start exploring our upcoming voyages to Iceland today!

Iceland: Cold Weather, Hot Springs, And A Warm Welcome For All

Note: This is a special feature post from Mark and Dale from Meet Me OnBoard, the largest gay...