This is the final blog in our Hide & Tweet series.

I said goodbye to the Azamara Quest early on Monday morning, excited to spend the next three days exploring Athens. 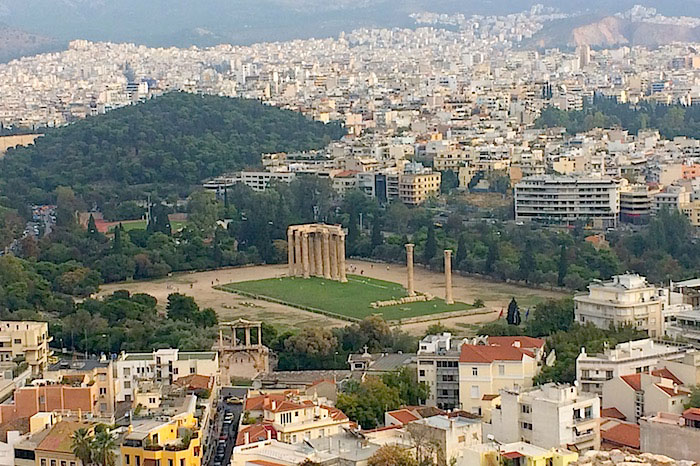 A view of Athens from The Acropolis.

Athens today is much different than it once was. The city made a lot of changes when it hosted the 2004 Olympics, including adding an elevator to make the Acropolis accessible, and cleaning up the more touristy part of the city. Athens is sprawling, but what most travelers want to see is concentrated in one small area. Such a tiny area of the massive of city of Athens was once the entire ancient, and very powerful, city itself.

If you're staying in Athens for a few days, choose a hotel located in the Plaka, Monastiraki or Psiri neighborhoods. I stayed in Plaka, and was within walking distance of great restaurants, shopping, and all the major sites. Three days was more than enough time to explore the city at a relaxing pace. After all, you need time to stop and smell the gyros!

On Monday evening, after a day of sightseeing, I headed to the final Hide & Tweet location: The Thea Terrace Bar at the Central Hotel. This bar is known for having one of the best sunset views of the Acropolis, and it didn’t disappoint! Congratulations to Evelyn, who correctly recognized our location and won a Kindle Paperwhite! 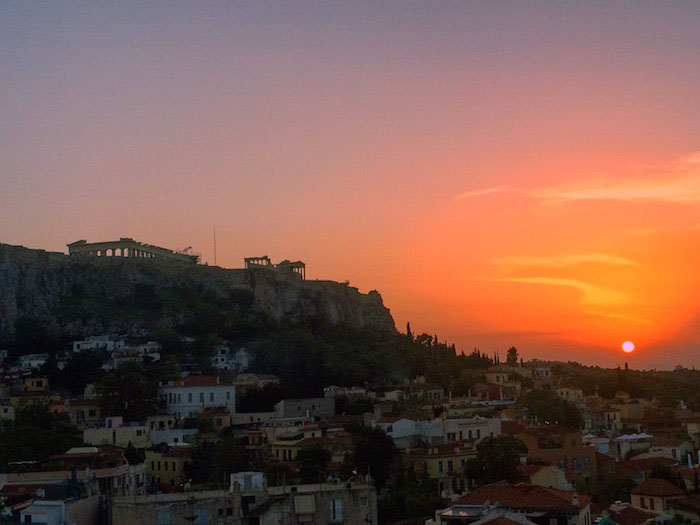 The sunset view from the Thea Terrace Bar. 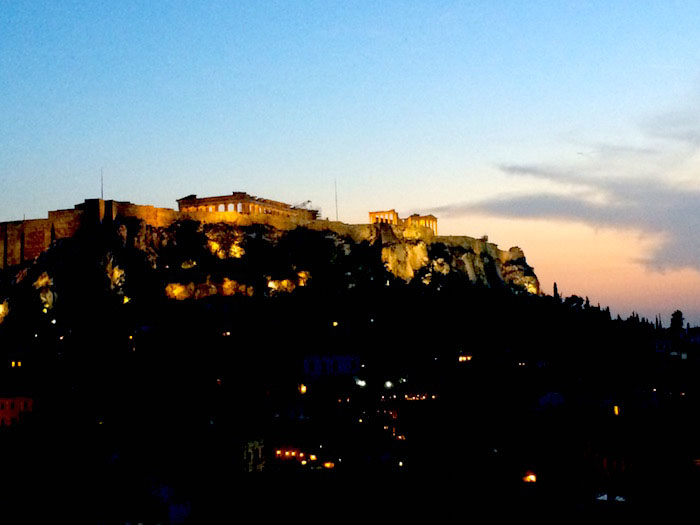 The Acropolis lit up at night.

The Top Things To Do in Athens

Two or three days in Athens following your cruise will give you time to visit the most well-known landmarks and museums, do some shopping, and eat plenty of delicious feta cheese, gyro pitas and creamy Greek yogurt with honey. These are some of the top places to go while you're exploring the city.

Visit the museum in the morning, enjoy a great lunch, and explore the Acropolis in the afternoon. You'll appreciate it so much more, having learned the history while at the museum. 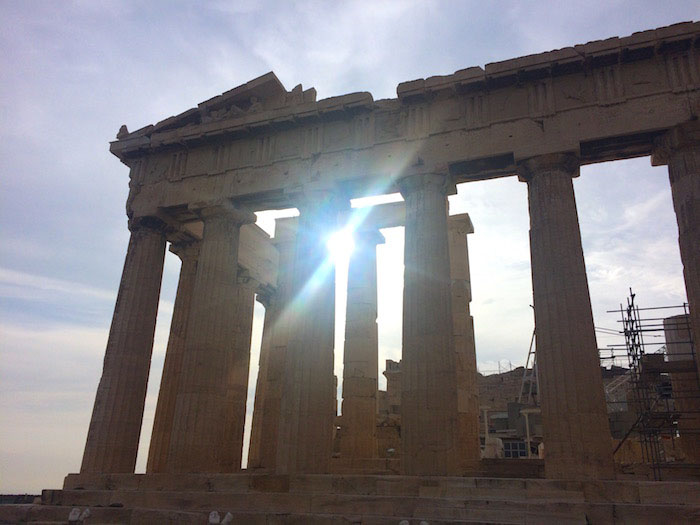 The Acropolis of Athens is the ancient citadel, located on a high rocky hill. The Acropolis is home to several ancient buildings, the most famous being the Parthenon. There are also the Propylaia, the Erechtheion, and the Temple of Athena Nike.

The buildings atop the Acropolis were all severely damaged in 1687, during a Venetian seige. A restoration project began in 1975, and is ongoing today. 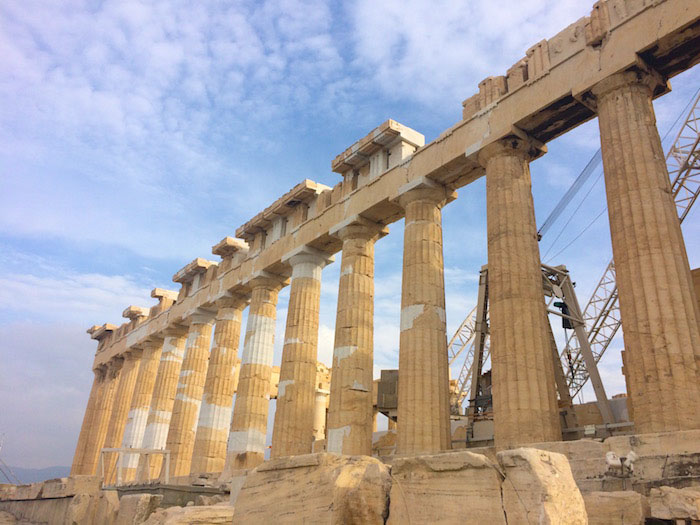 The Arch of Hadrian is located near the Acropolis in Athens, and is more commonly known as Hadrian’s Gate. It was constructed in 131 AD by the Roman Emperor Hadrian, as part of a wall that separated the old and new cities of Athens. 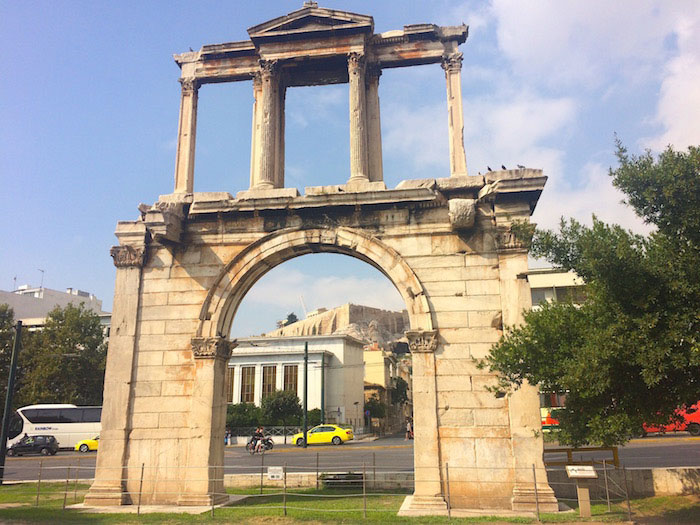 This colossal ruined temple, found next to the Arch of Hadrian, dates back to the 6th century BC. It was a massive but short-lived temple, dedicated to the king of the Olympian gods, Zeus. It fell into disuse after being pillaged during a barbarian invasion in the 3rd century AD. Originally there were 104 Corinthian columns, but only 15 remain today. 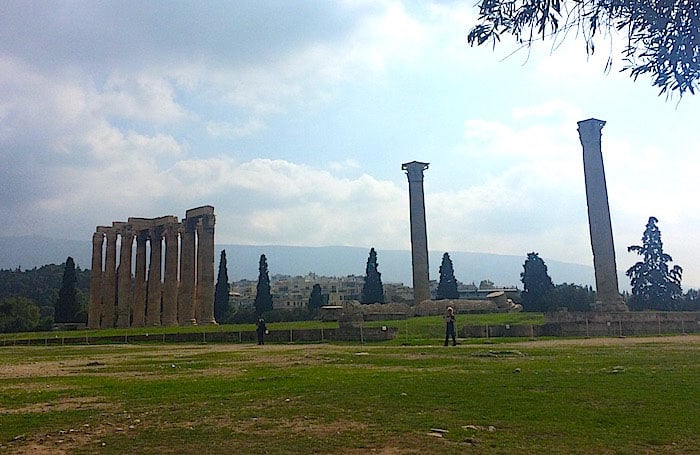 Syntagma Square and the Tomb of the Unknown Soldier

Also known as Constitution Square, this square is the epicenter of modern Greek politics and commercial activity. It’s located in front of the Old Royal Palace, which has housed Greek Parliament since 1934. 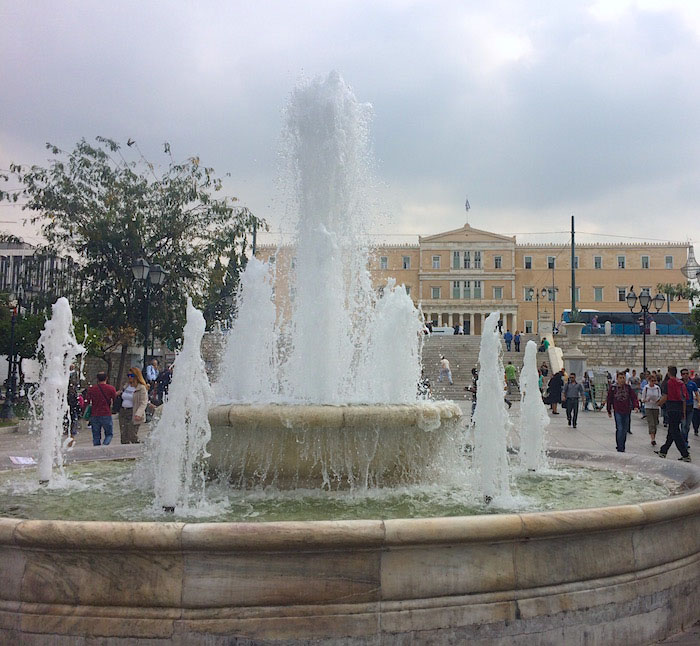 This public park surrounds  comprises of 38 acres in the center of Athens, directly behind the Greek Parliament building. For tourists, it’s a peaceful escape from the hectic city streets. In 1939, Henry Miller wrote this about the National Garden: “It remains in my memory like no other park I have known. It is the quintessence of a park, the thing one feels sometimes in looking at a canvas or dreaming of a place one would like to be in and never finds.”

In the park, you'll find the stately Zappeion building, where both public and private events are held. 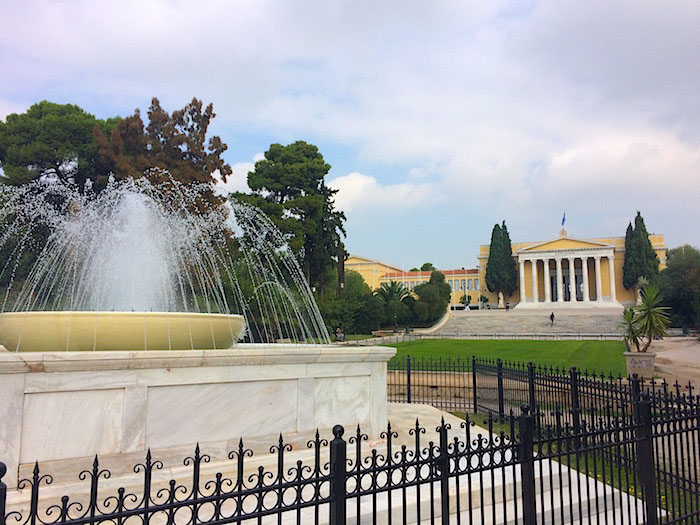 This stadium hosted the first modern Olympic Games in 1896, and was reconstructed from the remains of an ancient Greek stadium. In 2004, it hosted the archery competition and the finish of the Marathon. It's the only stadium in the world built entirely from marble. It's near the National Gardens, and particularly worth a visit if you're a sports enthusiast.

Stand on one of the podiums, walk the track and sit in one of the few ornate marble chairs located in the front row. If you're up for the climb, walk the stairs to the top row and take in the view. Inside, there's a small museum showcasing Olympic torches from years past.

Ancient Agora and Temple of Hephaistos

This is the best-known example of an ancient Greek agora, a central spot of assembly in ancient Greek city-states. The agora, which literally translates to “gathering place”, was the center of athletic, artistic, spiritual and political life. The Agora stands as a testament to Athens’ status as the cradle of Western civilization, and is a must-see for anyone visiting Athens. Within the Agora is the Temple of Hephaistos. 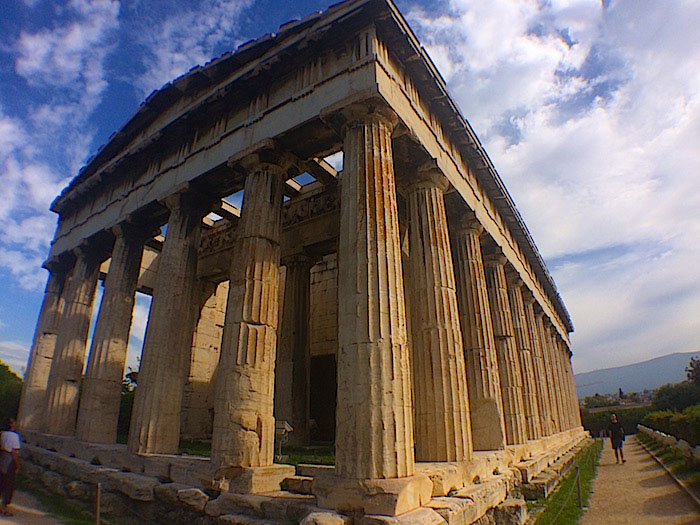 This well-preserved Greek temple, also known as Thissio, remains standing almost as built. It’s found on top of the Agoraios Kolonos hill, at the northwest side of the Agora. From the 7th century until 1834, the Temple of Hephaistos served as the Greek Orthodox church of St. George Akamates.

Shopping and Eating in Athens

Athens is fantastic for shopaholics. Luxury lovers should head to Kolonaki. The streets of Skoufa, Patriarchou Ioakeim and Tsakalof are lined with designer boutiques.

Plaka and Monastiraki neighborhoods are filled with gourmet food stores, shoe stores, jewelry stores and more. Stroll down Ermou and Adrianou streets and see what catches your eye! I paid a visit to "The Poet Sandal Maker of Athens", Stavros Melissinos. You'll find his shop just around the corner from Ermou, on Aghias Theklas street. Mr. Melissinos and his son have crafted sandals for celebrities such as Sophia Loren, Jacqueline Onassis, Kate Moss, Sarah Jessica Parker, and even John Lennon! 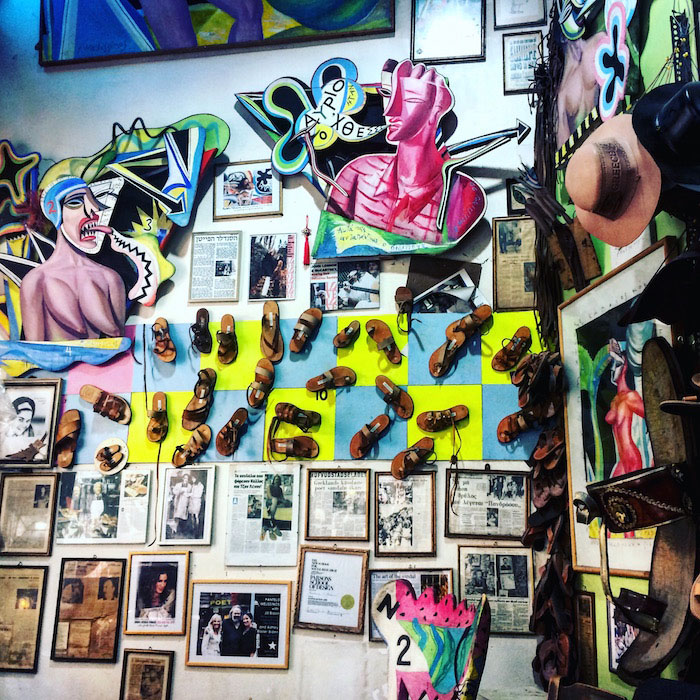 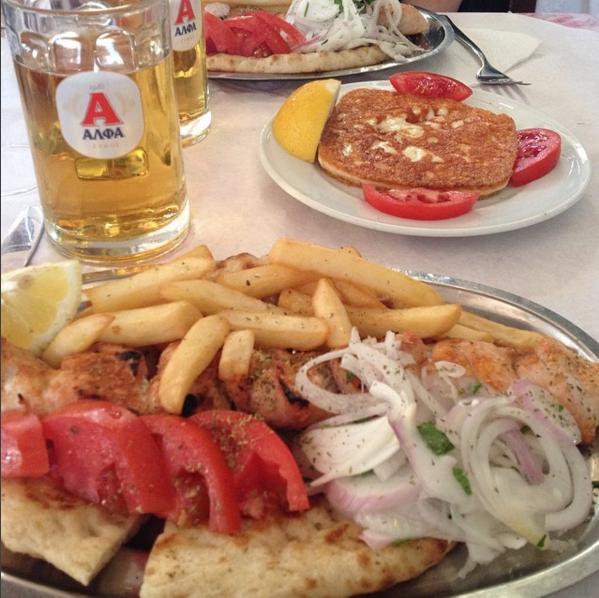 Thank you to everyone who played along with Hide & Tweet during our classic Mediterranean voyage! You can browse similar itineraries here. Time to start planning your next great adventure!

Go Off The Beaten Path In Greece

When we think of summer, we think of Greece. The warm sunshine, sparkling blue seas, and quaint, whitewashed villages make it the perfect destination for...

There’s a reason the Med is one of cruising’s hottest destinations year after year—it’s simply marvelous. The rich history, the vibrant culture,...