AzAmazing Evenings make each Azamara voyage feel like a special occasion. Each Azamara voyage longer than 7 days (except transatlantic crossings), includes one of these custom-designed complimentary events tailored to the locale of each itinerary. These events exemplify Azamara's Destination Immersion® experiences. Our recent voyage onboard the Azamara Quest included an AzAmazing Evening in Liverpool. Azamara staff handled the excursion with exquisite courtesy and efficiency.

As we arrived at the graceful entrance to St George’s Hall, the neoclassical building appeared majestic, bathed in spotlights against the darkening skies. The structure was originally built in the mid-1800s to house the courts and host music festivals. However, the building fell into disrepair by 2000. A £23 million renovation in 2007 restored this historic symbol of Liverpool to its status as a cultural treasure, a grand space suited to host amazing events.

We entered the hall through a side rear entrance. As we emerged into the concert hall, we saw the enormous pipe organ in the balcony, high vaulted ceilings, and a vivid stained glass window above the stage. The inherent splendor of the room was heightened by dramatic lighting. All of us stopped in our tracks, craning our necks as we took in the scale and sumptuousness of the room. 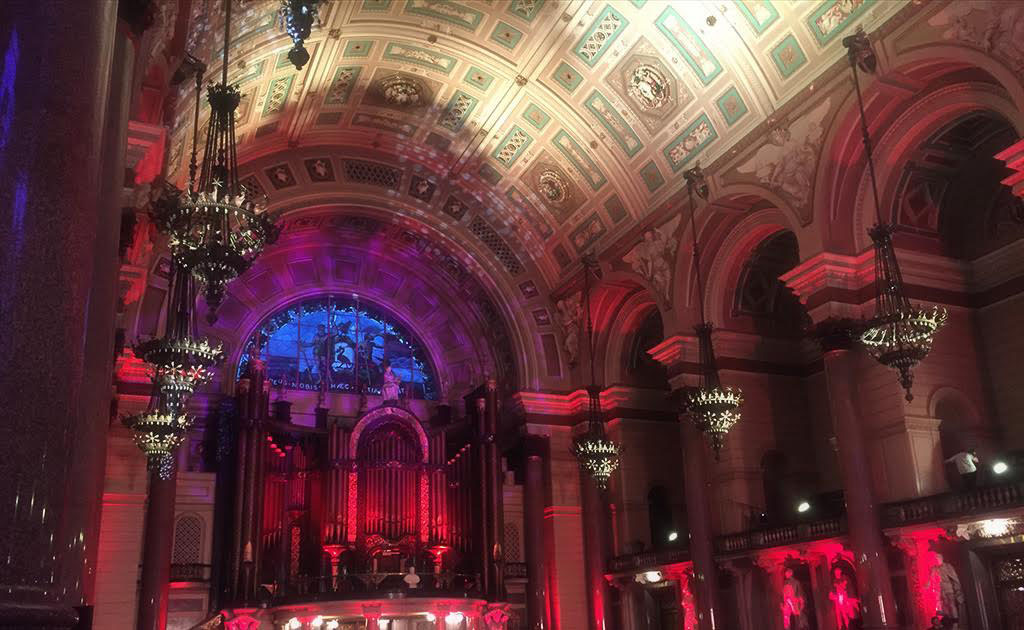 As fans of design, we felt awed by the architectural elegance of this great building. Red granite columns, intricately designed floor tiles, marble statuary in niches, and huge ornate bronze doors combine to portray the magnificence of Victorian design. The tasteful grandeur of the concert hall created a perfect setting to enhance the performance we were about to witness.

The Liverpool Town Crier, complete with bell and costume, welcomed all of us to the room. The Lord Mayor of Liverpool Roz Gladden, wearing her official robes and a huge gold medallion around her neck, formally greeted us. Then the program for the evening began with a powerful organ fanfare. After the organ’s low bass notes rumbled through the room, classical singers took the stage to perform a wonderful program. The songs ranged from “Amazing Grace” to Broadway tunes to with a duet of everyone’s favorite “Nessun Dorma” which brought the house down. Talk about spine-tingling!  And this was only the first half! 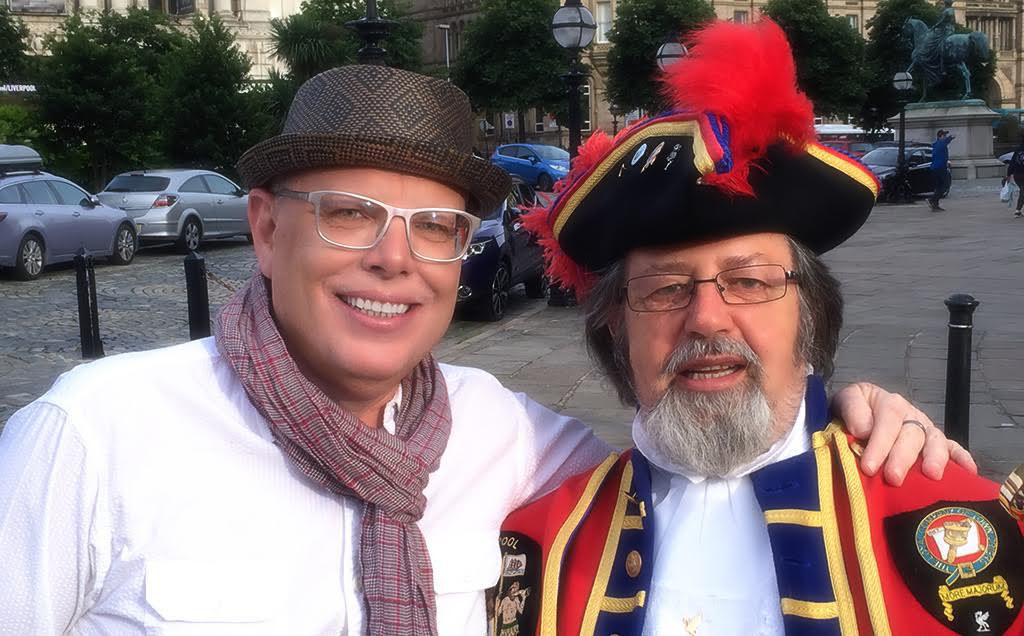 At the interval (or “intermission” as we call it on this side of the pond), Azamara staff invited the audience into the Colonnades adjoining the concert hall for a champagne reception. Afterward, we returned to the concert hall for a performance by “Four Lads from Liverpool,” a Beatles tribute band who play regularly at “The Cavern” where the original group began their climb to stardom.

When the group began their first song from the Beatles catalog the crowd exploded into enthusiastic applause. Throughout the performance, most of the audience sang along. The energy in the hall was infectious. Guests began to dance in front of the stage, including the Lord Mayor and her husband (officially called “consort”).

Like many gay couples, we share a passion for culture and elegance. The AzAmazing Event at St. George’s Hall left our musical and design senses tingling. From the acoustics of the space, to the lighting, to the choice of songs (our favorite operatic duet!), to the performances, every detail combined to create a visual and auditory feast. We left St. George’s Hall experiencing a kind of non-chemical “high.”

The crowning glory of the evening occurred when we returned to Quest. The ship was docked with a view of downtown Liverpool on the port side and the River Clyde on starboard. A spectacular surprise fireworks display, originating from a barge nearby, lit up both the sky and the waters around us. To a soundtrack of Beatles tunes, the passengers ended our exhilarating evening with flutes of champagne. The bubbly and festive fireworks provided a perfect cap to a truly AzAmazing evening of entertainment.

Cruise to Liverpool in 2017 on the 13 Night Open Voyage with PerryGolf.

Our 2021-2023 brochure has arrived! Request or download your very own to start planning your Azamara experience.