If you’ve cruised with Azamara before, you already know there’s so much that sets us apart. From our unparalleled service to our Destination Immersion® experiences — we strive to give you an adventure unlike any other. And one of the best ways we do that is by offering you more time to explore our ports of call with overnight and late night stays. In fact, many times we’re the only ship in port at night. You know the old expression, “So much to do, but so little time”? Well, that doesn’t apply to us.

In 2023, we’re excited to be exploring Europe with a full fleet, including our newest ship, the Azamara Onward. We’ll be visiting over 40 countries and more than 200 ports. Best of all, there will be more than 75 overnight stays and over 315 late nights. Yes, we’ll be discovering the Old World in a whole new light — the light of the moon, the stars, and the city.

Here are a few of the ports we are most excited to see come alive when the sun goes down. 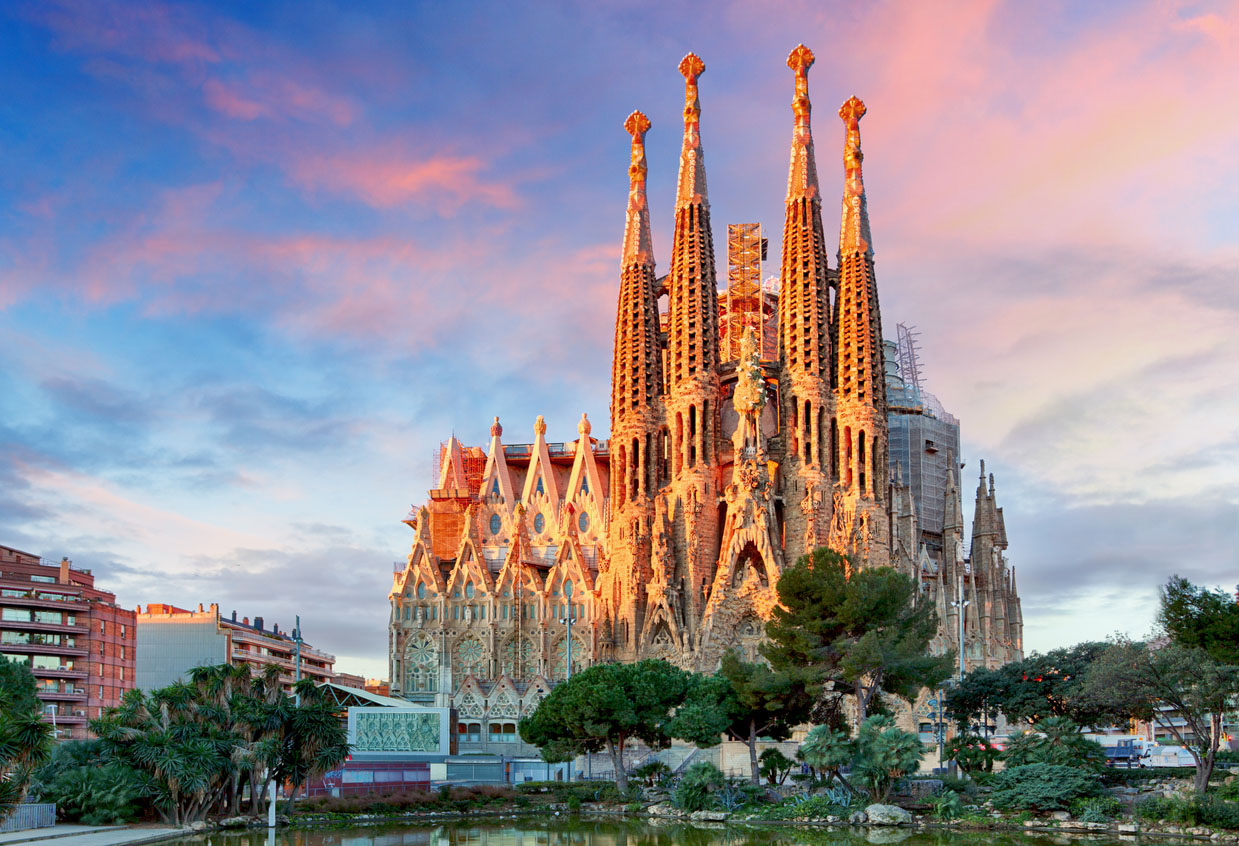 Barcelona, Spain’s seaside stunner, is widely considered one of the world’s great cities. And it has the architecture, culture, and culinary scene to back it up. This is a city with a history spanning thousands of years — one that caters to every whim, at any time of day.

The opportunity to stay overnight in Barcelona unlocks a world of possibilities — especially for foodies. An unforgettable dinner here should rank high on any explorer’s must-do list. After all, Barcelona’s food scene is celebrated throughout Europe and beyond. The city is home to world-class, imaginative chefs, and its close proximity to the sea and farmlands means there’s always a fresh supply of fantastic ingredients. Make sure to visit a tapas bar, where bite-sized delicacies are served. These bars open late, so you’ll be able to drop in for a late-night snack, or if you love the tapas you’ve chosen and want more, you can usually order a ración (a larger serving). 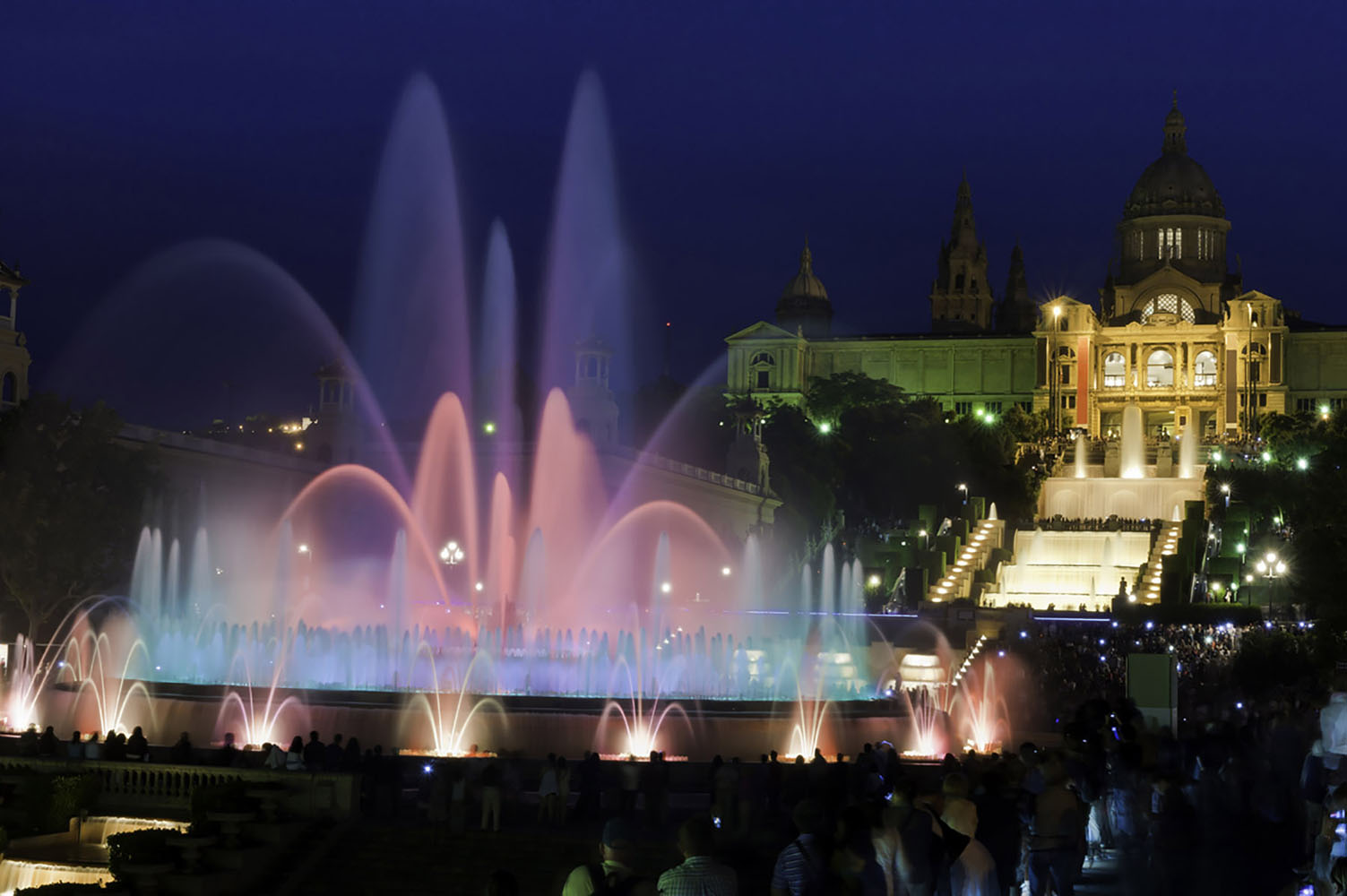 When the sun sets, you won’t want to miss Font Màgica, Barcelona’s oldest ornamental fountain. This masterpiece is the work of engineer Carles Buigas, and construction was completed in 1929. In 1992, it was meticulously restored in honor of the Barcelona Summer Olympics. The fountain is largely dormant by day, but it’s home to a spectacular display of music, lights, color, and sensational water acrobatics at night. During these displays, the water rises and falls in sync with the music — ranging from pop hits to classical concertos — all while being illuminated by ever-changing shades and hues of light. The result is a spectacular display that delights all those lucky enough to see it during a late stay in Barcelona.

Learn more about our upcoming voyages to Barcelona. 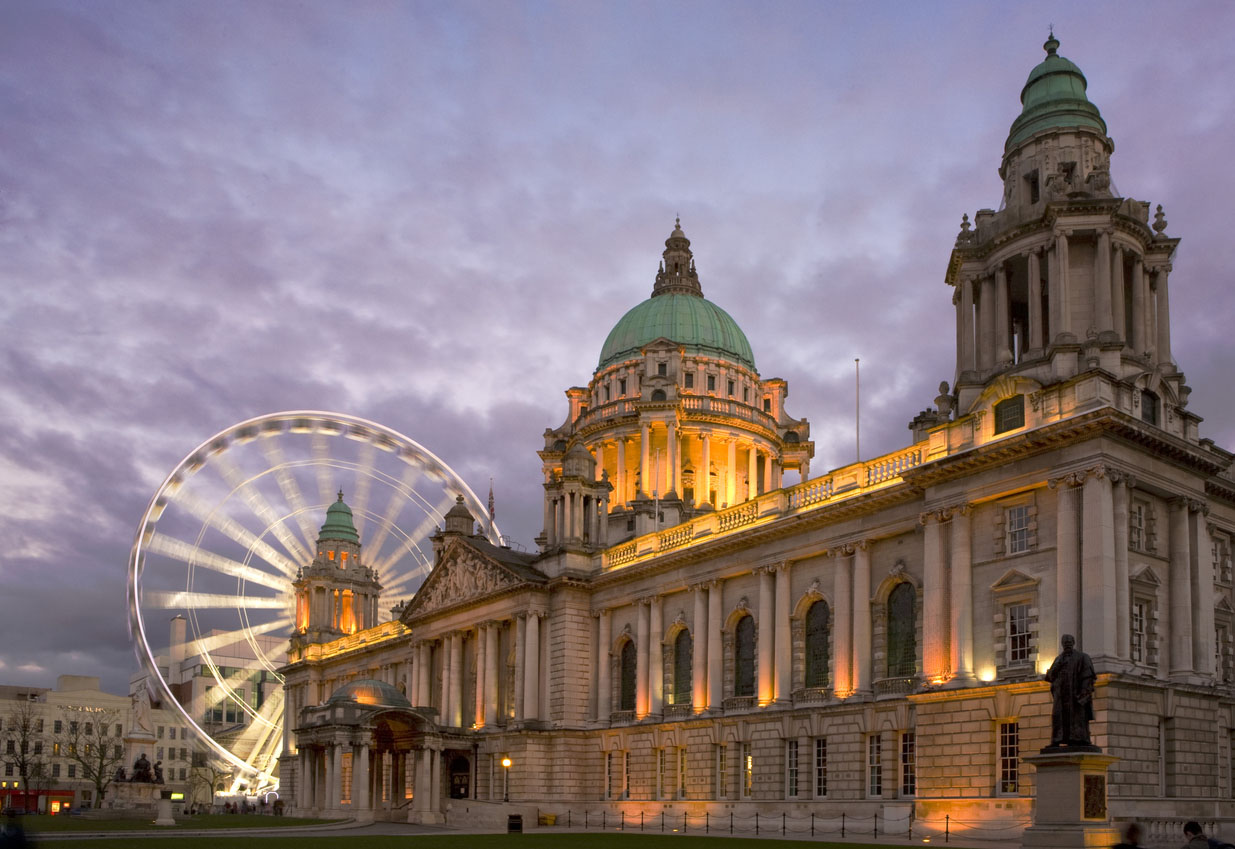 A city known for its rugged charms, Belfast has transformed on the world stage in recent years. Once a shipbuilding powerhouse, today’s Belfast is more well known for its diverse gastronomy scene, thriving arts and culture, and a vibrant nightlife you can experience during an overnight stay.

The locals are a boisterous people, so it should come as no surprise that Belfast is a boisterous city — especially when the sun goes down. From the traditional Irish pubs to more up-scale cocktail bars, you’ll have no shortage of choices when it comes to venues full of friendly faces with a story (or 10) to tell. Of course, the Cathedral Quarter is a must-visit during your time here. This is where locals and travelers alike come together for live music and an even livelier atmosphere. From Celtic music to cover bands and everything in between — the revelry of a night out in Belfast is invigorating.

Looking for a low-key evening instead? Try out Belfast’s restaurant scene, which offers up everything from Michelin-starred restaurants to traditional Irish fare, pub bites, or forward-thinking fusion menus. Regardless of where your appetite takes you, don’t miss your chance to try an authentic Irish stew for dinner. Then follow it up with the famous Belfast ulster fry (a plate of eggs, bacon, sausage, tomato, soda bread, and potato bread) for breakfast.

Learn more about our upcoming voyages to Belfast. 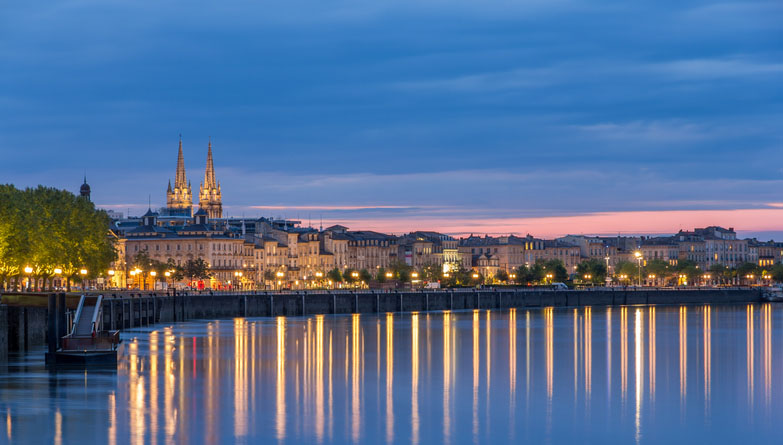 Bordeaux, France’s sixth-largest city, is a fascinating mix of old-world charms and modern sensibilities. It’s the world’s largest urban World Heritage site, and with its breathtaking architecture, it’s easy to see why. But this is not a city that rests on its laurels. Instead, contemporary architecture is a signature staple of Bordeaux — with structures ranging from the breathtaking to the bizarre making their home in the skyline.

The city may be nicknamed La Belle Endormie (Sleeping Beauty), but Bordeaux is anything but. In fact, an evening spent here is certain to be a lively one. Bordeaux rests in the heart of one of France’s premier wine regions, vino lovers are sure to find a lot to like here. Most of its exceptional restaurants feature wine lists full of regional favorites that will entice. Make your way to Quai des Chartons, located north along the river, for a lovely assortment of restaurants and bars. Grabbing a bite to eat here as the sun sets is sure to become one of your most memorable moments in Europe.

Learn more about our upcoming voyages to Bordeaux.

A playground for the rich and famous, Monte Carlo is all glitz and glamour. A place to see and be seen, teeming with stunning views of the Mediterranean. Monte Carlo may be the world’s second-smallest city, but it packs a lot into its winding labyrinth of streets. To get away from the hustle and bustle, we recommend making a visit to Le Rocher, a rocky outcropping to the south. Here, you’ll find an old town full of charm, as well as the country’s royal palace.

Of course, for many, the hustle and bustle is the appeal of Monte Carlo, and a trip to the iconic Casino de Monte Carlo is a must when the sun goes down. A singing example of belle époque architecture, the marble and gold casino is all opulence. It may surprise you to learn that citizens of Monaco are not allowed to enter the gaming rooms of the casino unless they work there. The word ‘citizens’ is essential here, because while the population of Monaco sits around 38,000, only about 8,000 of those residents are citizens. 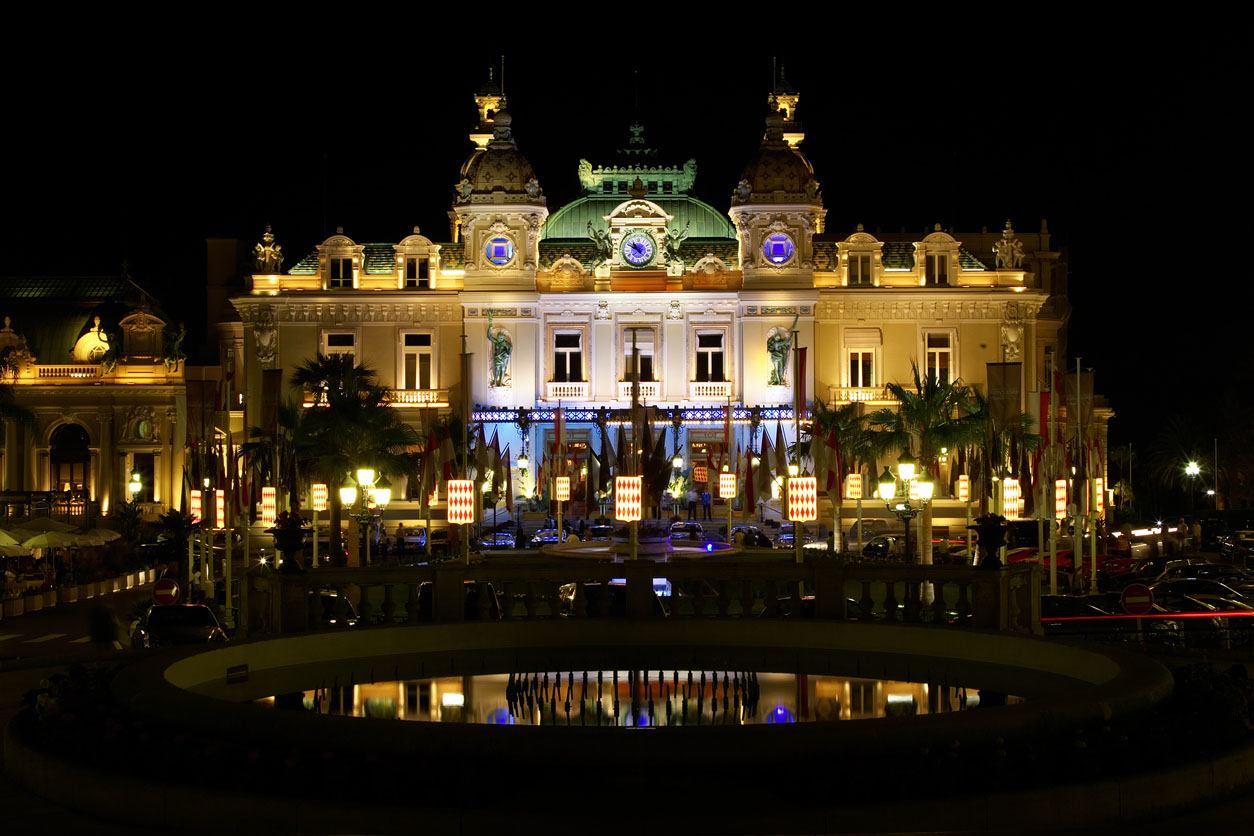 The casino is home to three salons ordinaires, which are open to the general public, as well as salons privés for frequent guests. There are also the salons super-privés — exclusive rooms where only the highest rollers are invited to play, and the stakes are limited only by the imagination and, perhaps, the wallet.

If you’re visiting the Casino, be sure to look your best. A jacket and tie are the recommended attire, and sneakers are absolutely not in the cards.

Learn more about our upcoming voyages to Monte Carlo. 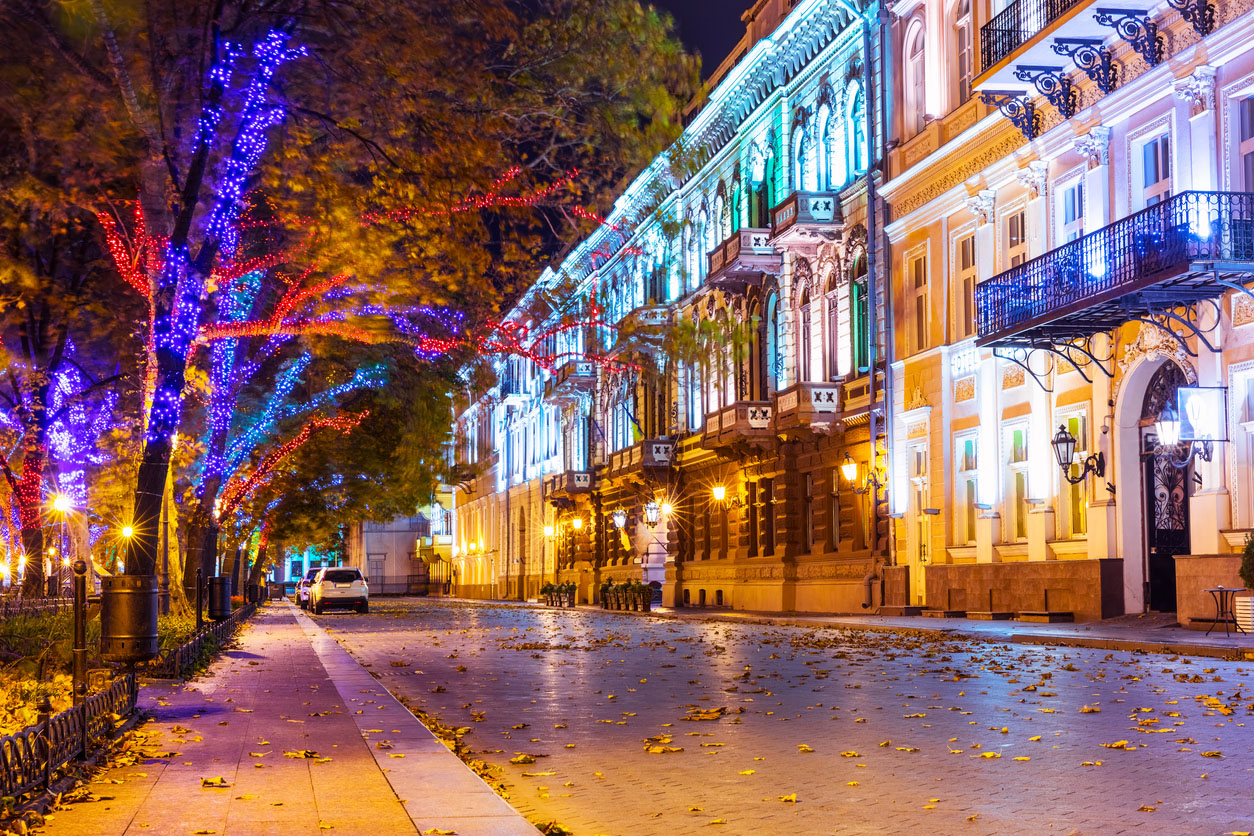 The pearl of the Black Sea, Odessa is a fairytale-like city that embraces its decadent reputation. The classical beauty is unmistakable here, and an evening stroll along through its tree-lined streets pulls it all into sharp focus. Of course, any walk through Odessa will undoubtedly find its way to Prymorskyi Boulevard (a UNESCO World Heritage Site), where the views are rivaled only by the architecture. Along this stretch of boulevard, you’ll find Odessa’s oft-photographed Pushkin statue — a monument to the great Russian poet, Alexander Pushkin. Eventually, you’ll find yourself at the Potemkin Steps, where you can enjoy sweeping views of the harbor as you descend. Don’t worry, you can take the funicular railway back to the top.

Those looking for a late dinner here are in luck, Odessa’s restaurant scene has been growing in recent years. The local cuisine is a mix of Russian, Jewish, French, Ukrainian, German, and Moldovan (just to name a few) cooking that thrives thanks to the abundance of vegetables, fruit, and seafood available in the region. If you’re craving a snack, try a serving of boiled shrimp, known by locals as rachki. Another popular seafood dish is geflite fish, a mixture of fish, including pike, carp, and mullet.

We recommend making your way to the City Food Market if you want a sampling of all the tastes Odessa has to offer. You’ll find more than enough on every menu here to satisfy your hunger, including Greek, Italian, and Vietnamese food — amongst others. If you’re a vegetarian (or simply looking for a meal without meat), visit Vegano Hooligano. The City Food Market is open late and always serving up something special.

Learn more about our upcoming voyages to Odessa. 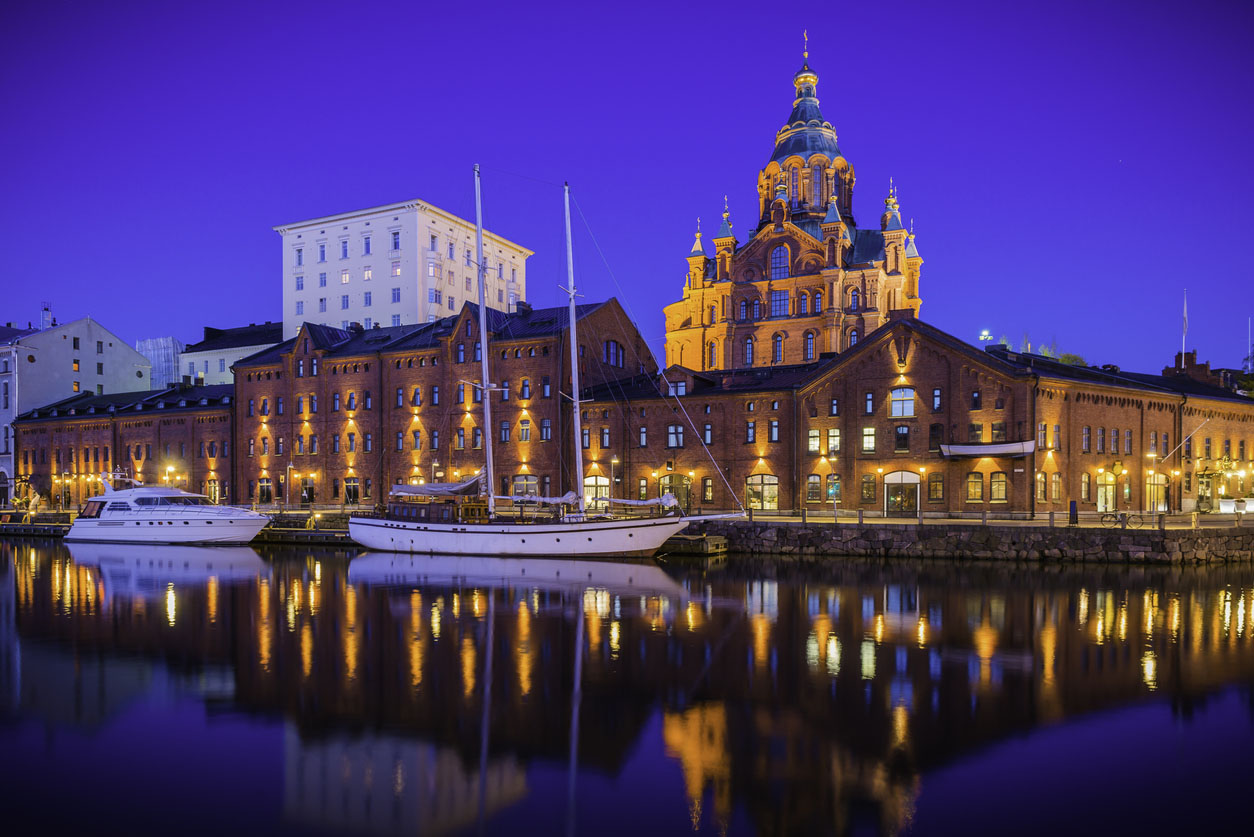 Modern and innovative, Helsinki is Finland’s creative hub. The architecture here is fascinating and world-renowned — for good reason. One look at buildings such as the Musiikkitalo, the rock-carved Temppeliaukio church, or the Kiasma contemporary art museum, and you’ll see how architectural innovation sits at the core of this beautiful city.

As a northern capital, there are times of the year when the sun simply doesn’t set in Helsinki, making for late nights that are, at times, quite bright. So you may find yourself relaxing in Sinebrychoff Park (known to locals as Koffari), enjoying a late-night beach trip to Hietaranta, or sweating it out in a sauna — a favorite pastime of the Finns.

For a more traditional night out on the town, make your way to Kallio — a bohemian borough known for its assortment of hip bars and restaurants. For a taste of traditional Finnish comfort food, try Cella. Or, to mingle with locals over a drink, visit Toveri. Meaning “comrade”, Toveri has a welcoming atmosphere that makes it a favorite of all who pass through its doors.

Kallio offers a wide selection of welcoming cafes for working, meeting friends, or simply enjoying breakfast or brunch during the weekends. The area is also home to a diverse and excellent array of cuisines popular with the locals. In Kallio, one can enjoy anything from Thai food to Georgian cuisine, Chinese food, vegan and vegetarian options, artisan pizza, and Finnish classics. Oh, and remember when we mentioned saunas earlier? Kallio is home to the Arlan Sauna, one of the few remaining public saunas in all of Helsinki. It’s a perfect spot to socialize and sweat.

Learn more about our upcoming voyages to Helsinki.

The Night Time Is the Right Time

These highlights represent a small portion of the late-night and overnight ports we’ll visit when we cruise to Europe in 2023. We’ll also be staying late in Mykonos, Greece, Copenhagen, Denmark, Berlin, Germany, Reykjavik, Iceland, and more. Plus, we’ll spend the night in St. Petersburg, Russia, the Loire Valley in France, and Seville, Spain. Will you be joining us?

Five Things to do in Barcelona

Barcelona is one of Europe’s most dynamic cities. There is so much to see and do, which makes it the perfect port for an overnight stay. If you embark or...

Is there a special dish or type of food that you associate with the holidays? Something...