Nestled in the Irish sea sits the Isle of Man, often shrouded in fog or drizzle and filled with a mysterious past. We’d eagerly anticipated this port, having heard Azamara Quest Captain Carl Smith’s rapturous descriptions of his homeland. 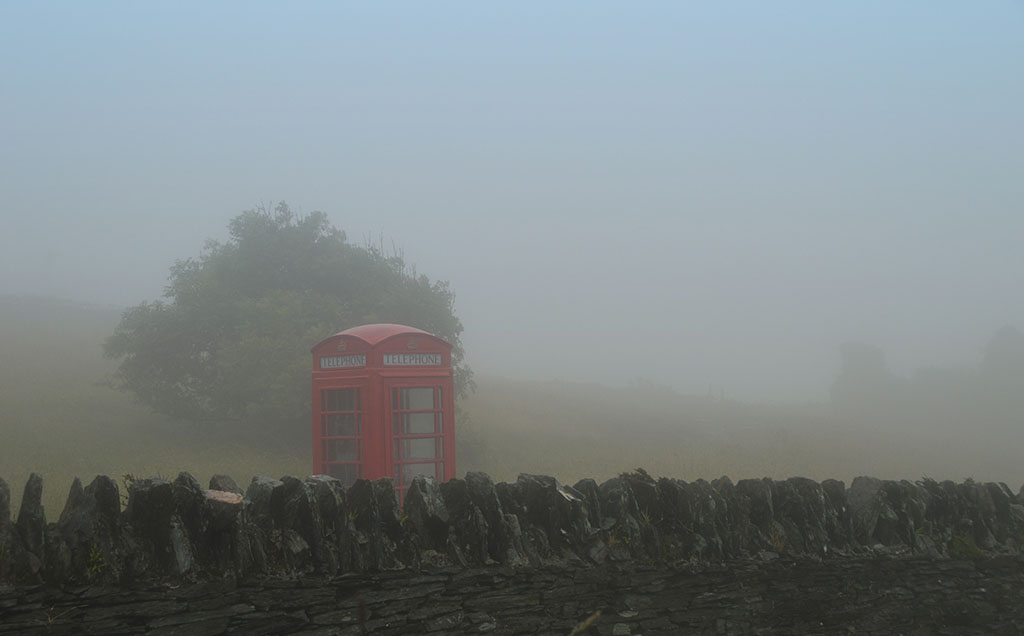 Our ship docked in a morning of pouring rain at the prosperous port in Douglas. From this capital city of this island (a UK “Crown Dependency” state), we boarded the bus for an excursion to Cregneash. Gazing out the rain-streaked bus windows, we marveled at the contrast between this greener-than-green ecosystem and the desert climate of our home city, Phoenix, AZ. While we appreciated the rain, we felt apprehensive about the effects of the weather on our excursion. We needn’t have worried, as ultimately the weather only enhanced the atmosphere of visiting the past in Cregneash.

We arrived at our destination, a living museum of a town, in a downpour. Thankfully we were brandishing the large, sturdy Azamara Cruises umbrella supplied in each stateroom. This small settlement of about 40 buildings is maintained in order to illustrate the Manx heritage at about the time of the early 20th Century. 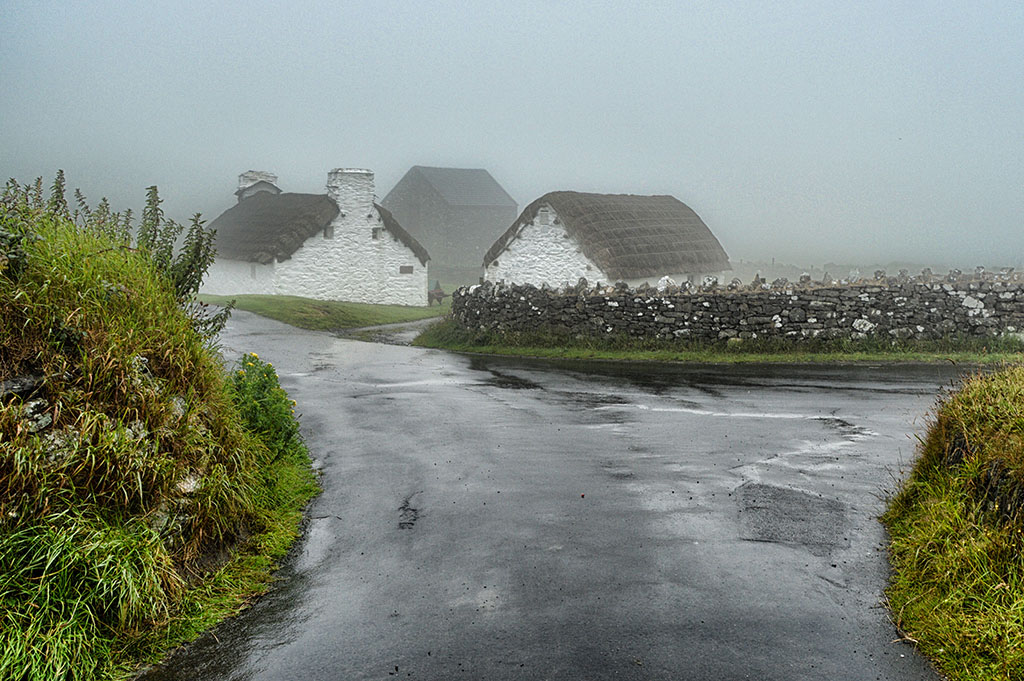 We took refuge from the downpour in Harry Kelly’s cottage, dry as could be under the protection of its decades-old thatched roof, and toasty from the peat burning in the fireplace. A fisherman, Harry left his cottage to the museum which reproduces the life of residents during the early part of the 20th Century. Friendly “residents” of the village greeted us in period costume and explained the work they were doing and history their particular building. Dale had a chance to use the blacksmith bellows to increase the heat of the fire in order to make the iron more workable. Luckily, he escaped before the real work began.

The actors/docents who serve as costumed “residents” of Cregneach told us about the island’s history and language. “Manx” refers not only to the distinctive breed of tail-less cat on the island but to a breed of sheep known as the Manx Loaghtan. The word also refers to the language and people of the island. Manx culture carries a mix of Norse, Celtic and British influences. In danger of becoming extinct only a few years ago, the language of Manx Gaelic now has nearly 2,000 speakers. Residents of the island continue to revive the language through education and music, as well as YouTube videos, podcasts, and Twitter.

The Cregneach gift shop offers beautiful handiwork using the distinctive gray wool of the Manx Loaghtan sheep. The shop also yielded the most important travel souvenir we purchase each year—a Christmas tree ornament to mark our travels. (As lifelong cruise fans, we developed this tradition decades ago so that tree decorating helps us recall the many ports we have visited over the years.)

As the rain gave way to mist, we caught sight of a long-unused telephone booth standing guard before a row of trees. We could almost visualize the scenes of the quirky movie “Waking Ned,” parts of which were filmed in Cregneash.

By the time we re-boarded the Azamara Quest, we recognized the truth of Captain Carl’s stories of his birthplace. The Isle of Man truly is an enchanting and unique island.

Cruise to the Isle of Man in 2018 on Azamara's 13 Night Shamrocks, Kilts, and Golf Voyage.