Nestled along the northern coast of Colombia, Cartagena is a perfectly preserved piece of history. Founded in 1533 as Cartagena de Indias, the city was the first Spanish colony in the Americas. A key strategic port during the colonial era—Cartagena’s location made it a vital trade link between the Caribbean coastal region and the burgeoning Spanish Empire.

Today, Cartagena is a wonderful maze of cobbled streets lined with colorful mansions. It’s a city where colonial fortresses tower above and intriguing museums hold secrets waiting to be discovered. When the sun goes down, the city truly hits its stride under star-filled skies as historic town squares transform into dancefloors awash in color and salsa dancing. Another side of the Caribbean, Cartagena is a treasured destination for savvy travelers. Why? Read on to discover some of the places that make The Fortress City a can’t-miss on your travel bucket list! 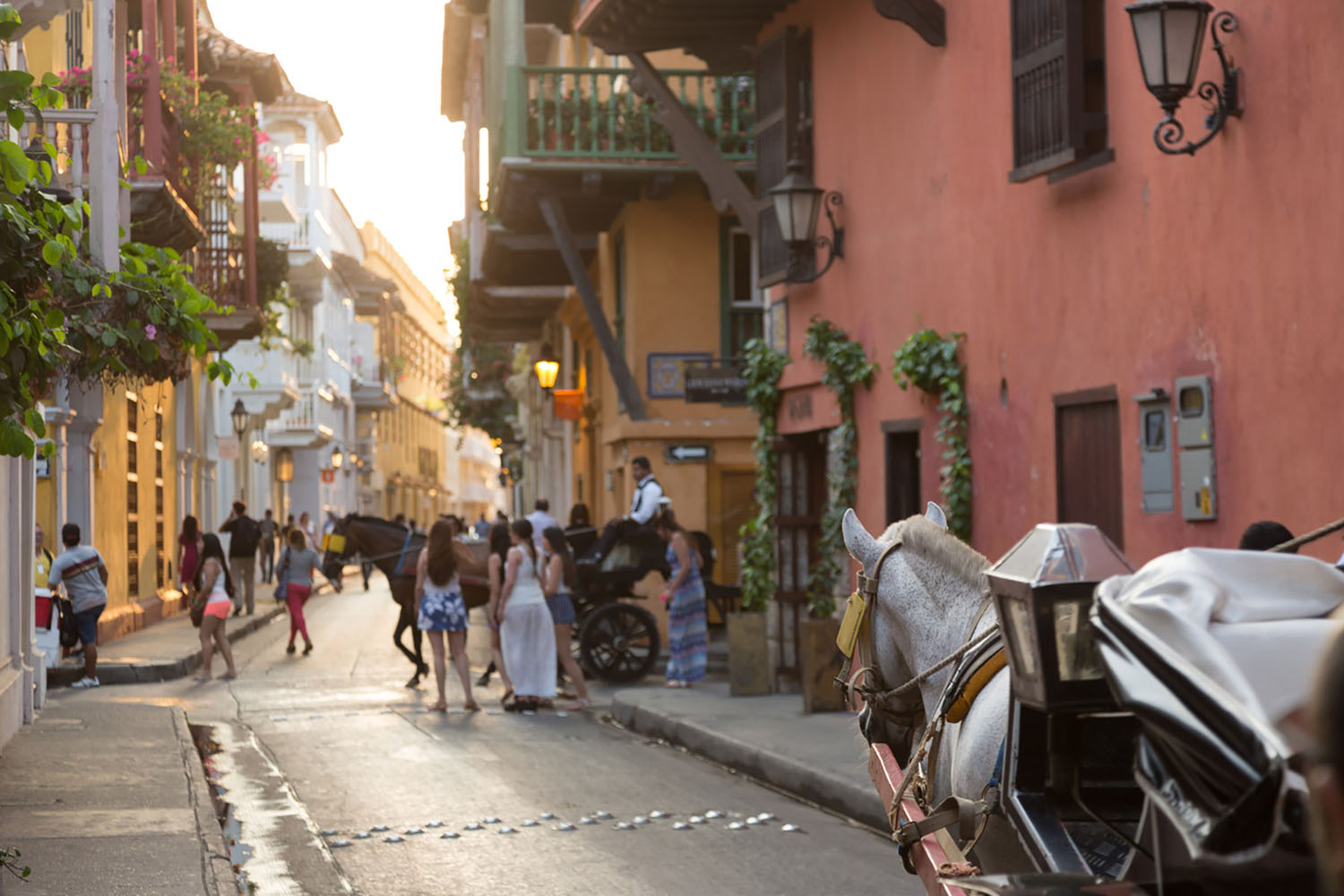 The crown jewel of the city, Cartagena’s Old Town is surrounded by the city wall of Las Murallas (hence its nickname—The Walled City). Behind this wall is a feast for fans of colonial architecture. It’s a barrio of narrow laneways that buzz with activity and bloom with flowers. It’s also where you’ll find many of Cartagena’s most significant churches, including the Cathedral of Cartagena—which has stood for more than 400 years and once endured a cannon attack from the notorious English pirate, Francis Drake.

Elsewhere in Old Town is Iglesia de San Pedro Claver. This three-story convent and museum is named after Pedro Claver, a Spanish-born monk who called Cartagena home for many years. Here, he dedicated his life to ministering enslaved people brought to South America from Africa—earning him the honor of becoming the first saint of the new world. Inside the building is a museum that recounts Claver’s story through a series of paintings, as well as exhibits focused on religious art and modern Afro-Caribbean pieces. 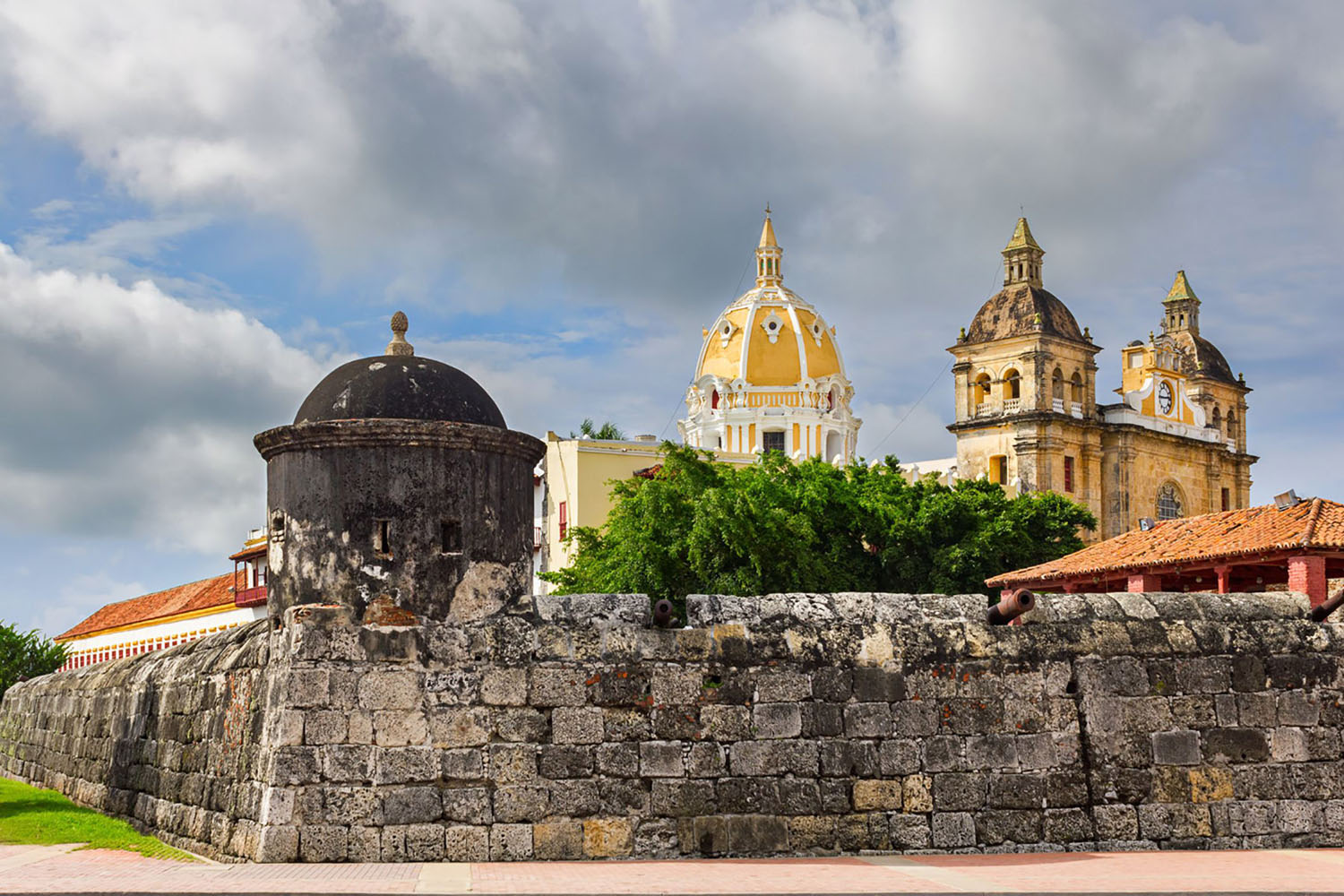 No visit to Old Town is complete without a stroll along Las Murallas. This is the thick wall that surrounds Old Town—initially built to provide protection after the aforementioned Francis Drake attack. Walking along the exterior of Old Town, you’ll be treated to particularly lovely views of the Caribbean Sea. And on warm days, the breeze coming in off the water can be worth the visit alone. 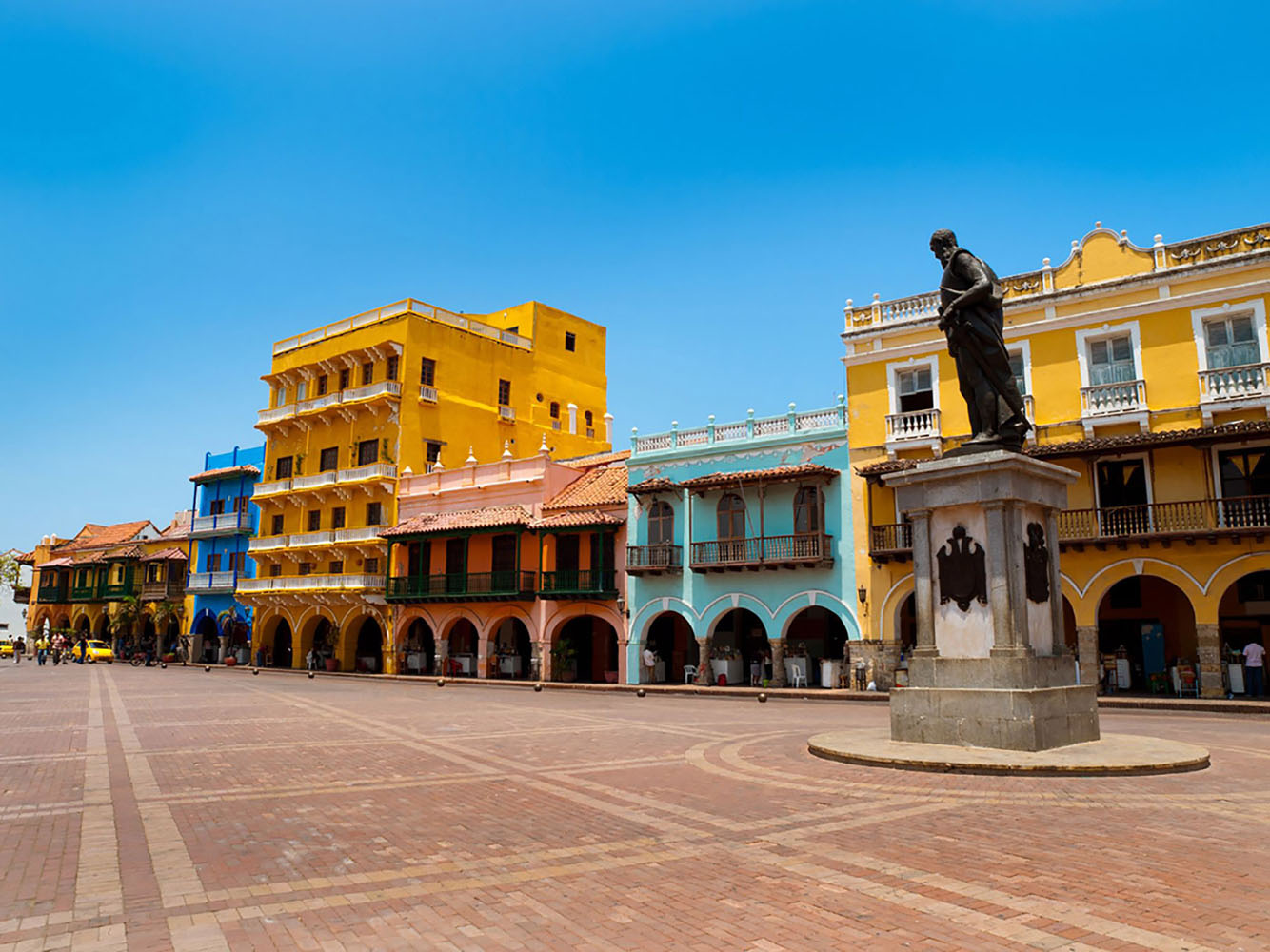 It’s easy to spend an entire day wandering the streets of Old Town, passing through its bustling plazas and taking in its ornate mansions. But, if you’re interested in experiencing even more of this UNESCO World Heritage Site, we recommend checking out our shore excursions into Old Town, where you can explore the city by bicycle, set out on an historical walking tour, or learn the salsa and dance the night away. 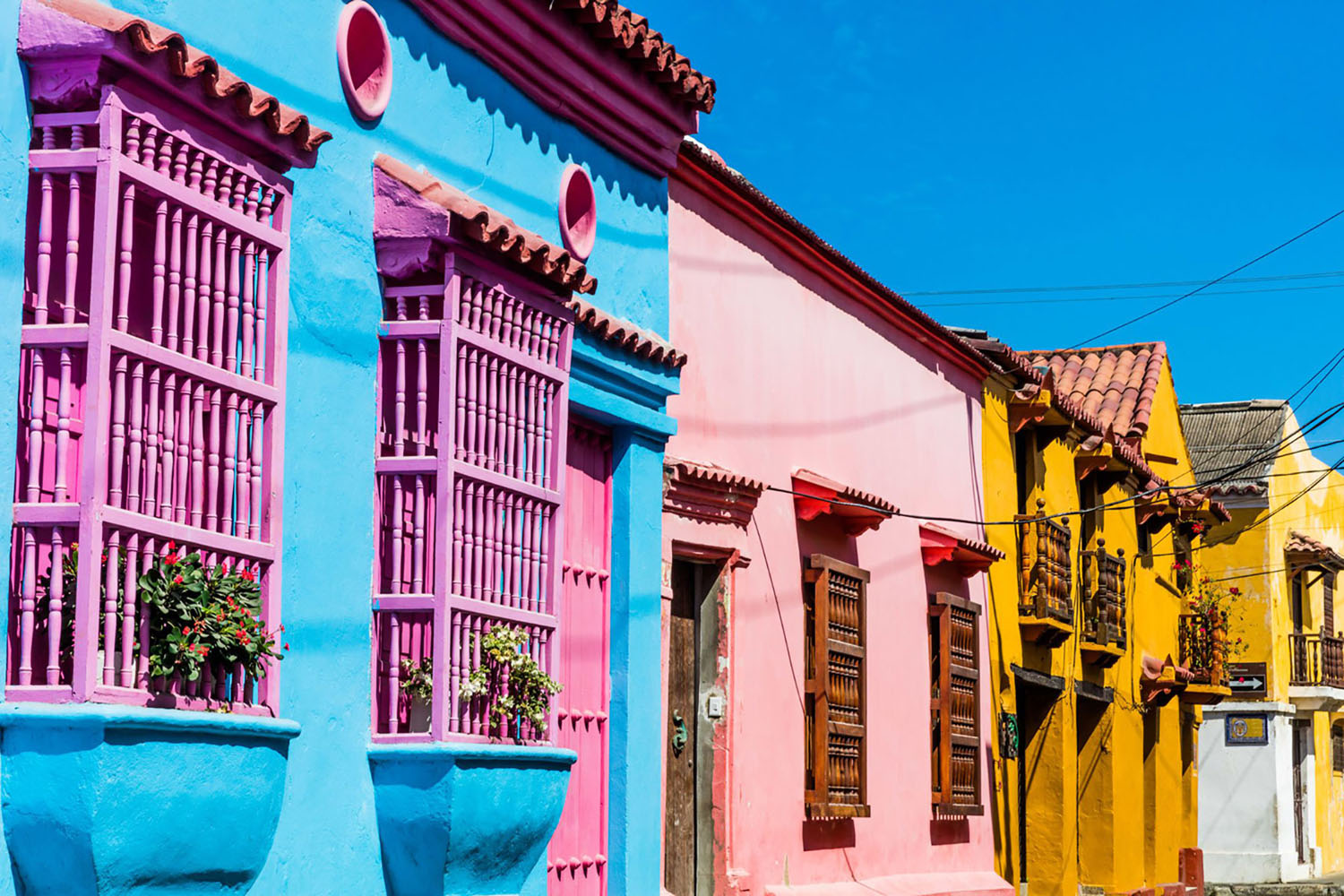 A neighborhood reborn, Getsemani is a vibrant, colorful district that is rich in history and culture. Similar to Old Town, this barrio’s narrow streets are perfect for wandering as they twist and turn toward picturesque plazas watched over by historic churches. Be sure to make your way to Calle de la Sierpe to admire the impressive graffiti that lines the facades of the neighborhood buildings.

Locals know Getsemani as the place to go for an unforgettable meal, with many new restaurants popping up regularly. However, no matter how much of a foodie you might be, no visit is complete without trying authentic arepas. Considered a cultural symbol of Colombia and its gastronomy, arepas have been around since pre-Columbian (as in Christopher Columbus) times, making them one of the few dishes to survive (and thrive) post-colonization. Flat and round, arepas are traditionally made from corn flour, and can be grilled, baked, or fried (some variations are even boiled or steamed). Arepas can be purchased from street vendors and neighborhood stores, and are typically topped with everything from eggs, tomatoes, and cheese, to seafood, meat, and salad. Try a few to find your favorite! 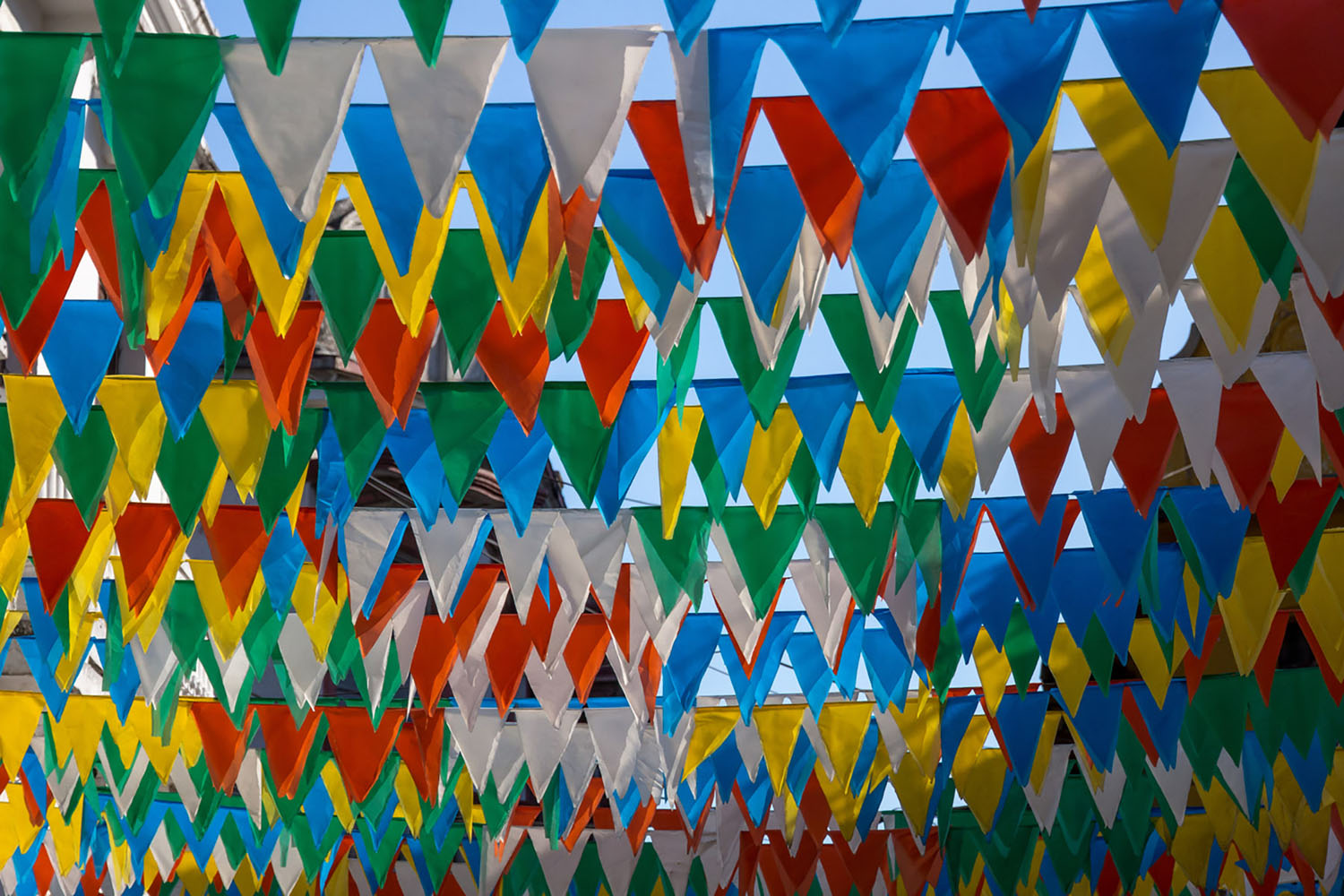 Getsemani is a neighborhood that is practically calling out to be photographed, which is why we offer a photo walking tour of the bustling district. During this tour, you’ll be joined by a local professional photographer who will point out the hot spots to snap, as well as offer tips and tricks for capturing the best images throughout your journey. 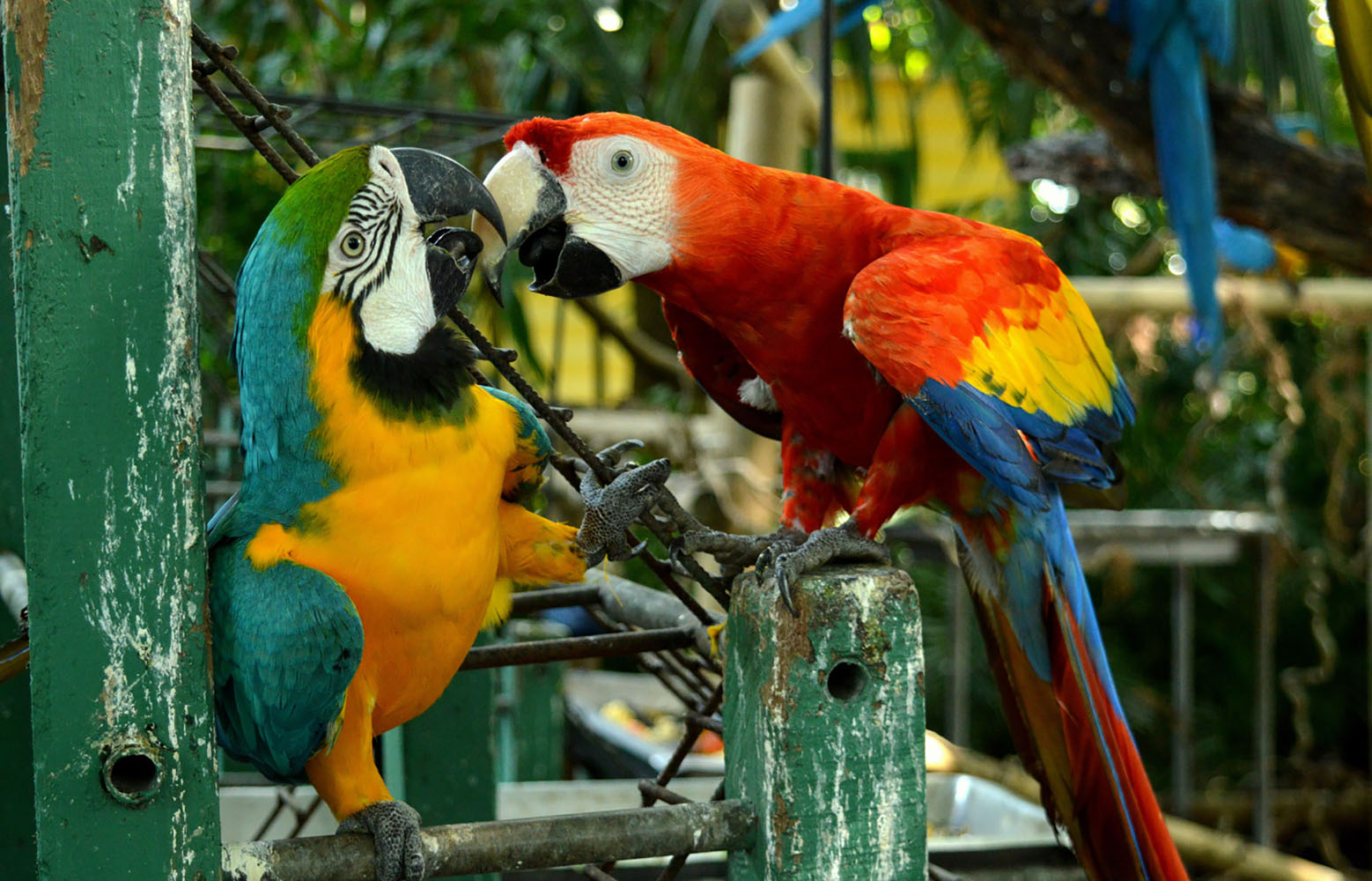 Did you know that Colombia is home to more than 1,900 different species of birds? That’s more than the continental United States. In fact, that’s more than anywhere else on the planet. When you consider the diversity of the country, it’s easy to understand why. Travel through Colombia and you’ll encounter everything from lush tropical jungles to snow-capped volcanoes, expansive grasslands, and vast deserts—all of which are home to unique species of birds. You can see many of these birds for yourself with a trip to Colombia’s world-renowned National Aviary. The largest aviary in the Americas, the National Aviary boasts 138 different species of birds, including Andean condors, harpy eagles, parrots, flamingos, and more. All told, over 1,800 birds reside in the aviary. 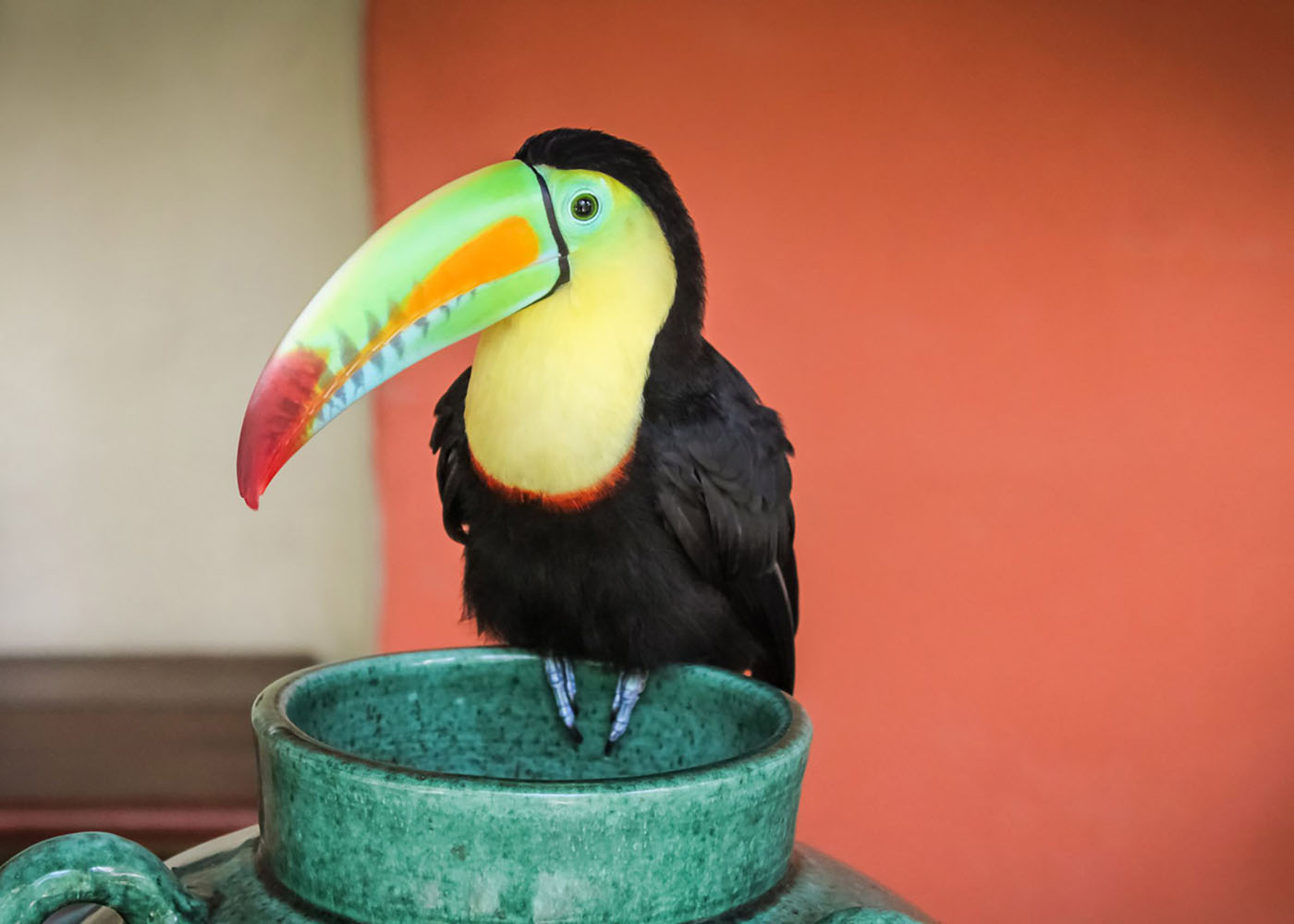 To make the most of your trip through the aviary and its many exhibits, we suggest joining us on our National Aviary Tour. On this narrated tour, your guide will provide expert insight on the birds residing in the aviary and point out the best spots to catch glimpses of them, as well as discuss Colombia’s biodiversity and birdlife habitats. Keep in mind that many birds in the aviary roam free, which means there’s a good chance you’ll get up close and personal with peacocks, parakeets, and more. 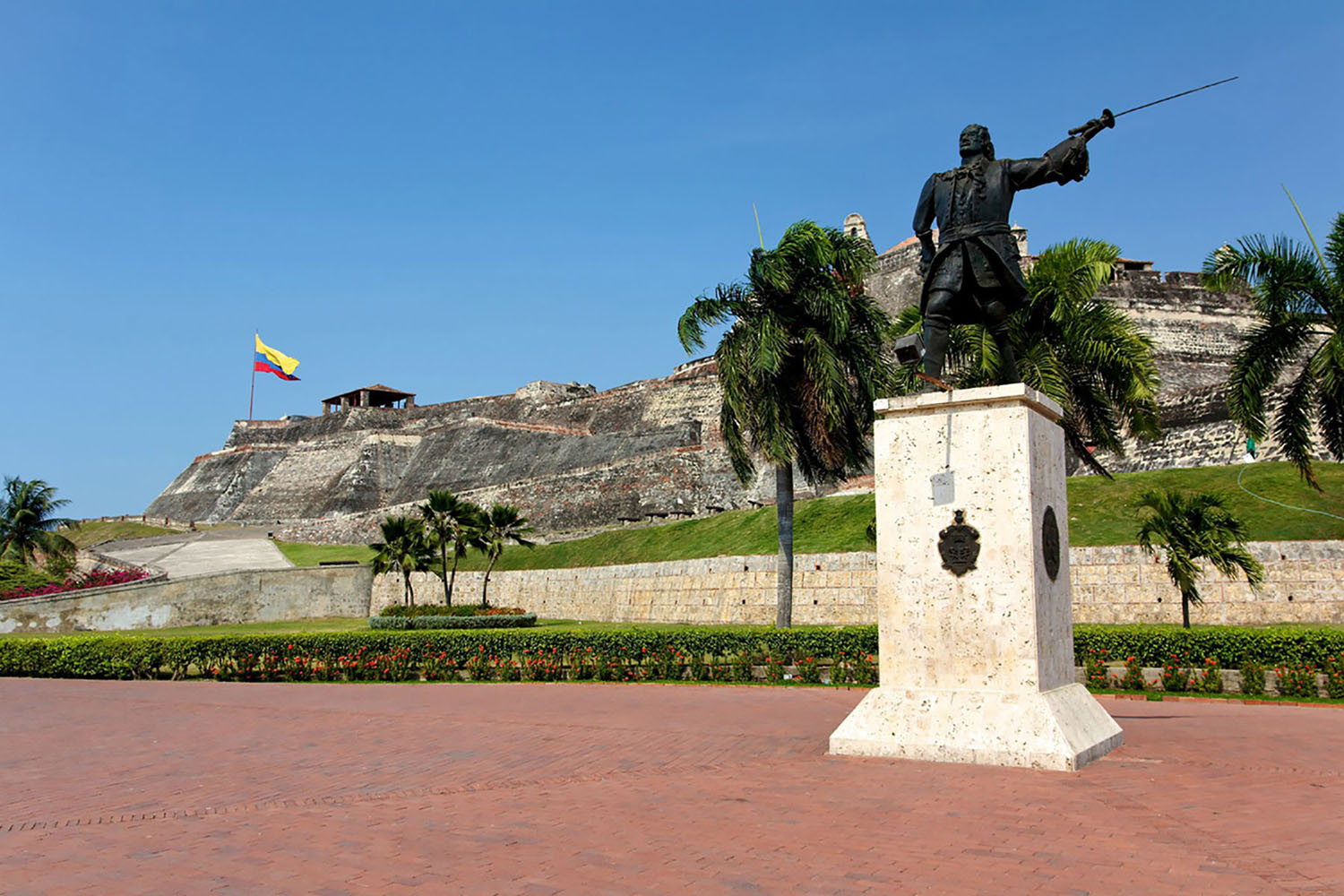 This colonial-era fortress—the largest the Spanish ever built—remains a marvel of 17th-century military engineering. Constructed in 1657, the fortress was expanded significantly in 1762 and is known today as one of Cartagena’s most impressive landmarks. A true military stronghold, the fort was never captured, though many—from pirates to admirals—tried over the years. On your visit, walk the fort’s towering walls, navigate through its labyrinth of tunnels (initially designed for easy distribution of provisions and—if necessary—evacuation), and take in beautiful views of the city. Sunsets are especially impressive from Castillo de San Felipe de Barajas, so if you find yourself here in the early evening, keep your camera close for a beautiful shot.

Palacio de la Inquisición is considered to be one of the finest buildings in all of Cartagena and an excellent example of late colonial architecture. While the building itself is beautiful, the role it played in Colombian history is certainly sinister. Once home to the seat of the Punishment Tribunal of the Holy Office, the Palacio de la Inquisición was dedicated to putting an end to witchcraft and blasphemy in the Spanish colony of Cartagena during the Inquisition. Today, it’s known as a cultural center of the Colombian Caribbean and is home to a museum and archive where visitors can explore the region’s history. The museum also houses many interesting historical artifacts, including pre-Colombian pottery, paintings, and furniture. 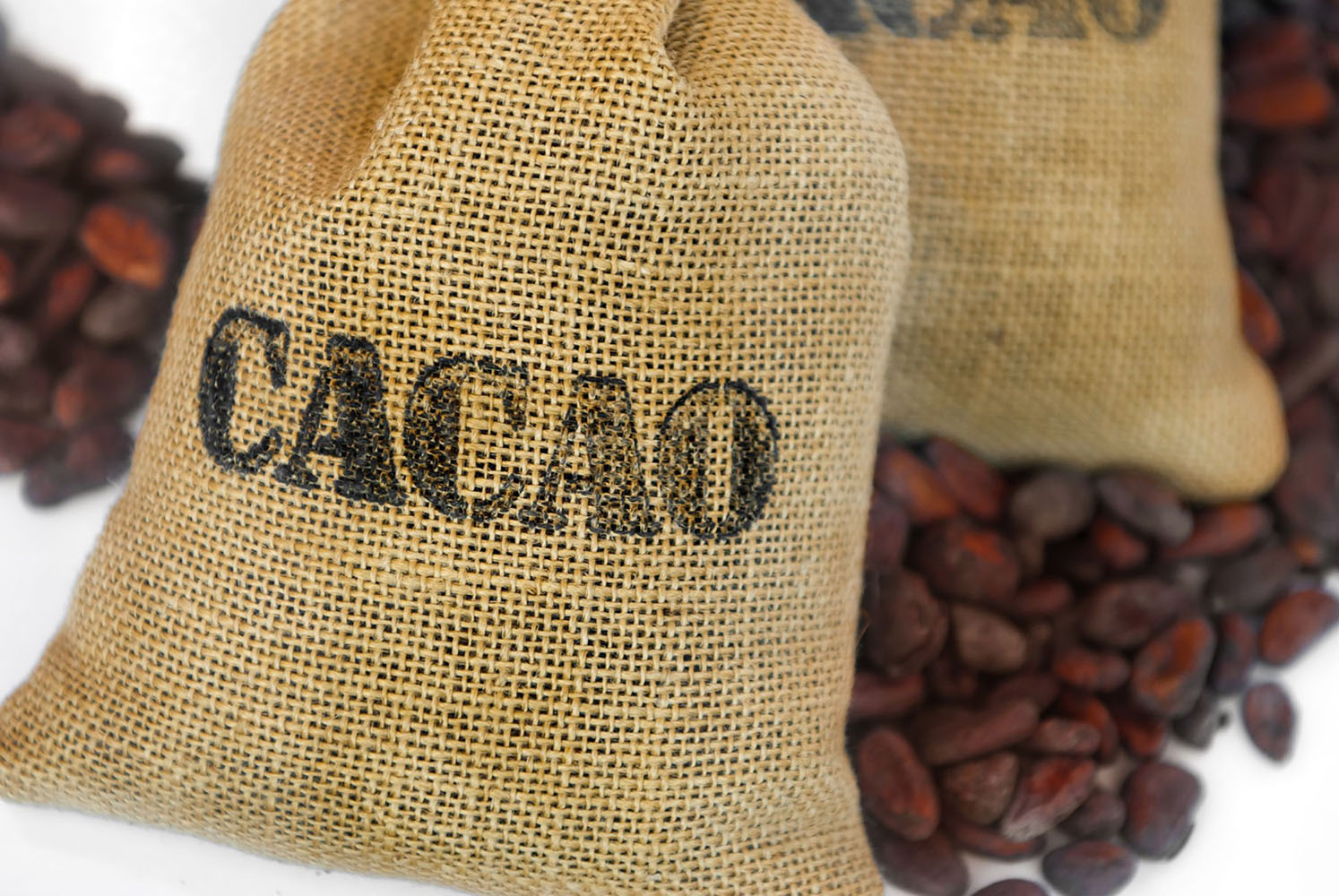 Satisfy your sweet tooth with a trip to Cartagena’s Chocolate Museum. This free-to-visit museum explores Cartagena’s interesting cacao and chocolate history, and walks you through the process of creating chocolate—from harvesting all the way through to production. Of course, there are plenty of sweets to sample!

If learning about how chocolate is made simply isn’t enough for you, we have a solution—join us on our Cacao Tour and Chocolate Experience shore excursion! Not only will you learn how chocolate is made, you’ll also have the chance to make a Colombian chocolate bar of your very own. This personalized souvenir is a fantastic way to remember your time in Cartagena. That is, unless you eat it first!

Cartagena’s Modern Art Museum houses more than 400 works of art, with a focus on Latin American paintings. Located in a former 17th-century Royal Customs House, the museum rotates its permanent collection on its main floor, while also playing host to touring exhibitions in its upstairs gallery.

The museum is home to many works by Alejandro Obregon—the celebrated artist whose work is synonymous with the artistic renewal Colombia experienced throughout the 1950s. His paintings and sculptures are regarded among the most important and remarkable ever created in Colombia. It also has several pieces by Enrique Grau—who is commonly considered to be Cartagena’s most celebrated local artist (though born in Panama City, he was raised and spent his life in Cartagena). Upon his death in 2004, Grau donated 1,300 works of art to the city, many of which are now on display in the museum.

Don’t Forget a Cup of Coffee 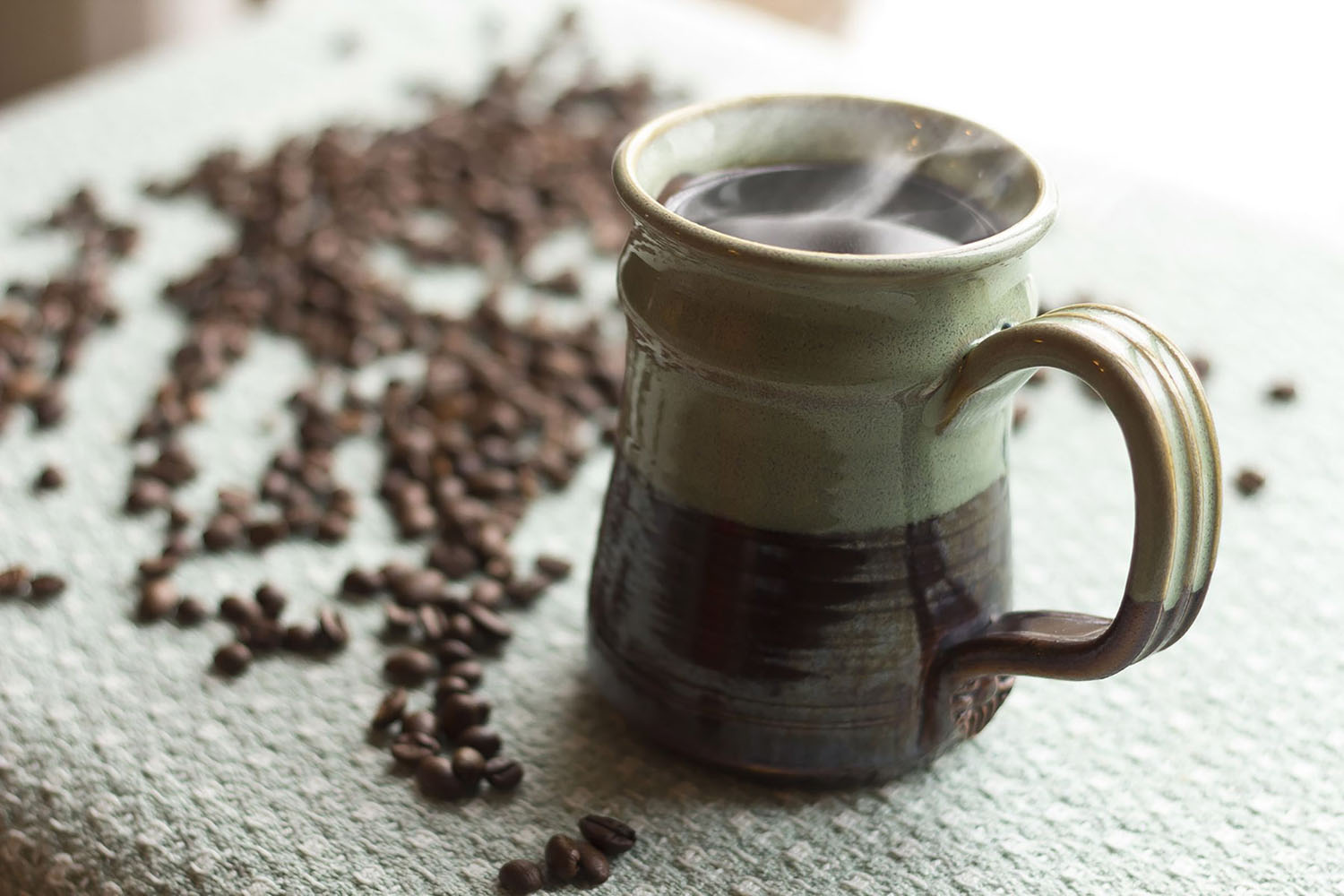 Colombia is known for many things, and at the top of that list is their coffee. No trip to Colombia is complete without venturing into a local cafe to sit and sip your brew as locals go about their day around you.

So why is Colombian coffee so distinct and delicious? It has a lot to do with the country’s climate and geography. Colombia sees the perfect blend of sunlight and warm weather that coffee crops need to thrive. Mix in just the right amount of annual rainfall throughout the mountains and tropical regions, and Colombia’s biodiversity creates a pristine coffee utopia. Of course, climate only counts for so much, and Colombia’s coffee producers have generations of experience growing and hand-picking the best beans for your cup of coffee. 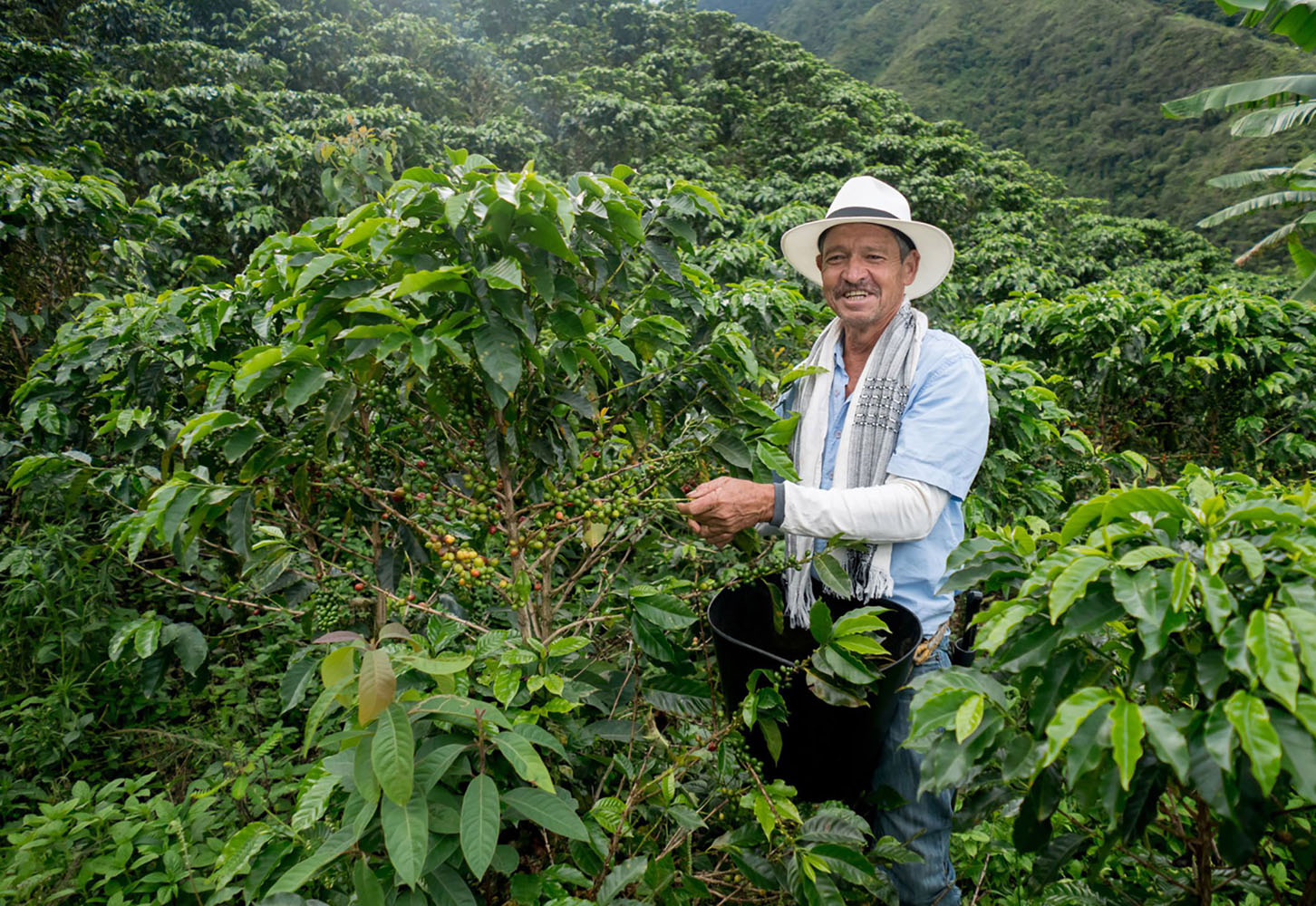 If one cup isn’t enough, join us on our Colombian Coffee Experience shore excursion, where you’ll visit a colonial house to learn more about Colombian coffee’s rich, flavorful history. You’ll also participate in a ritual tasting known as cupping, where you can learn to savor the special touches that make Colombian coffee a cup above the rest. 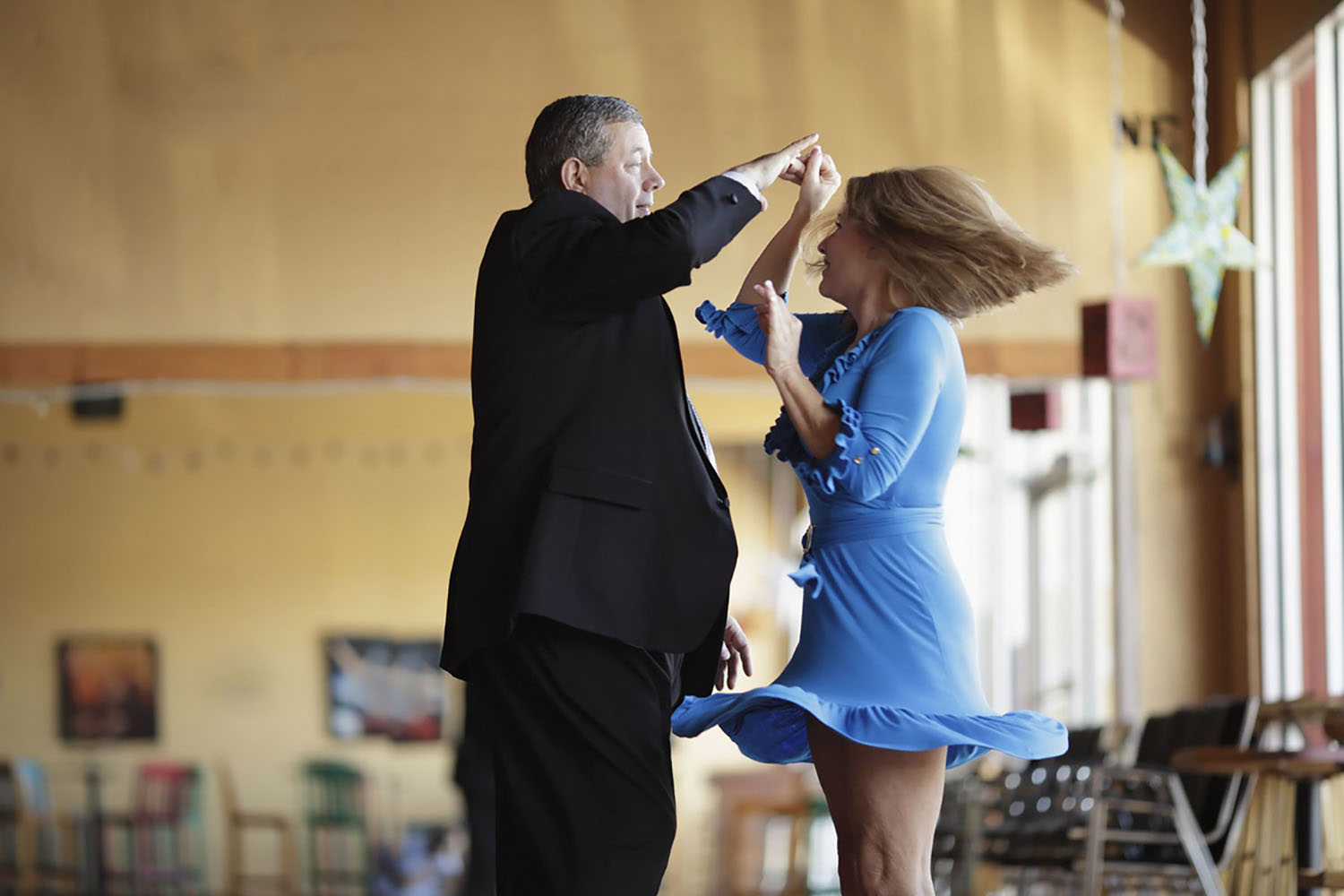 From the seductive salsa to the local steps of the champeta, you’ll lose yourself to the Afro-Caribbean rhythms and sounds that dance their way across the city when you visit Cartagena. Instead of just listening to the music, slip on your dancing shoes and join us on our Dancing in the Walled City shore excursion. We’ll make our way through Old Town and arrive at the world-famous Crazy Salsa dance academy, where you’ll be introduced to the moves that bring romance and fiery passion to Cartagena dance floors every evening. After a dance lesson, try out your new moves for yourself, or watch as Crazy Salsa’s acclaimed dancers put on a show that is sure to get your toes tapping and hips shaking. 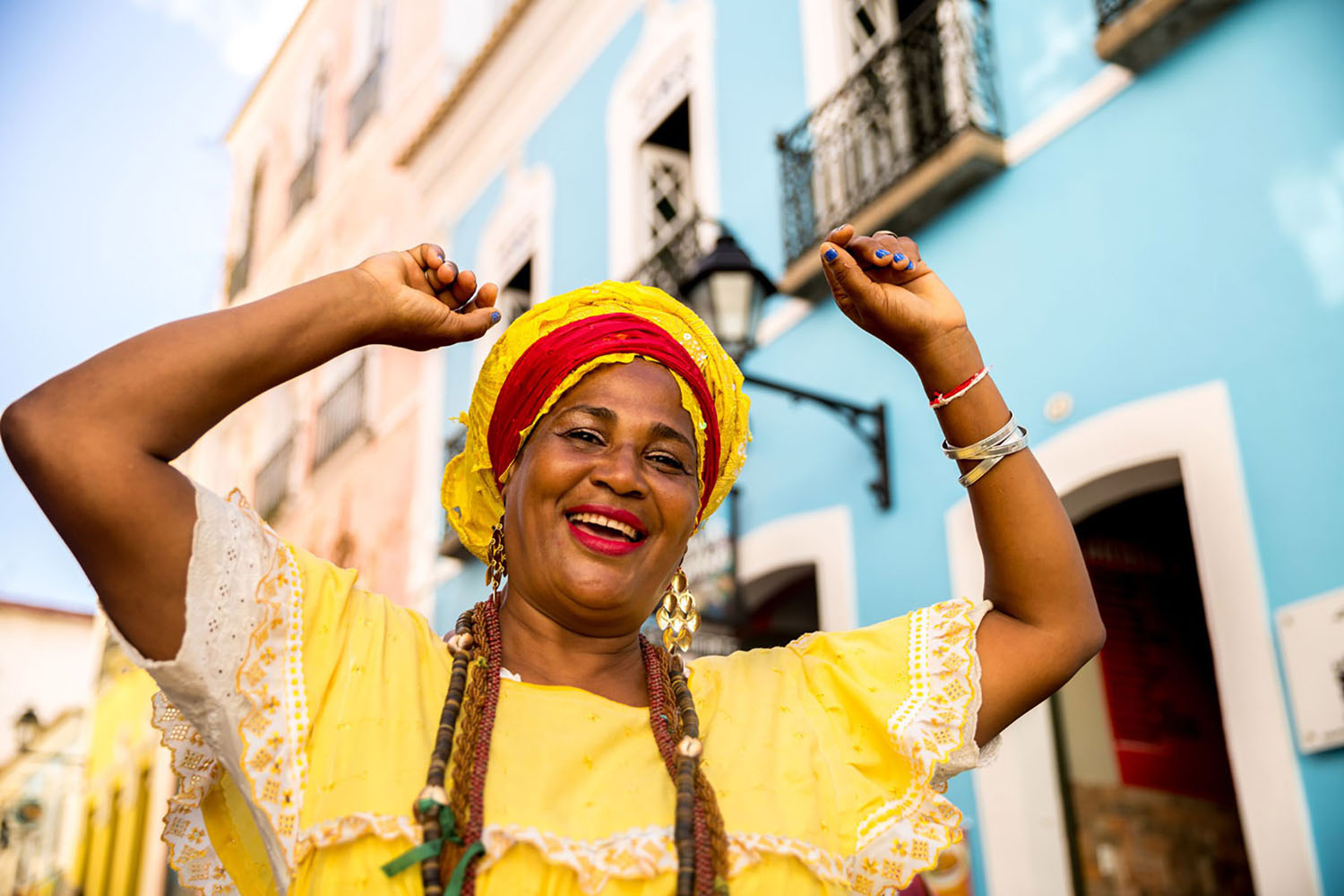 Colombia is Calling Your Name 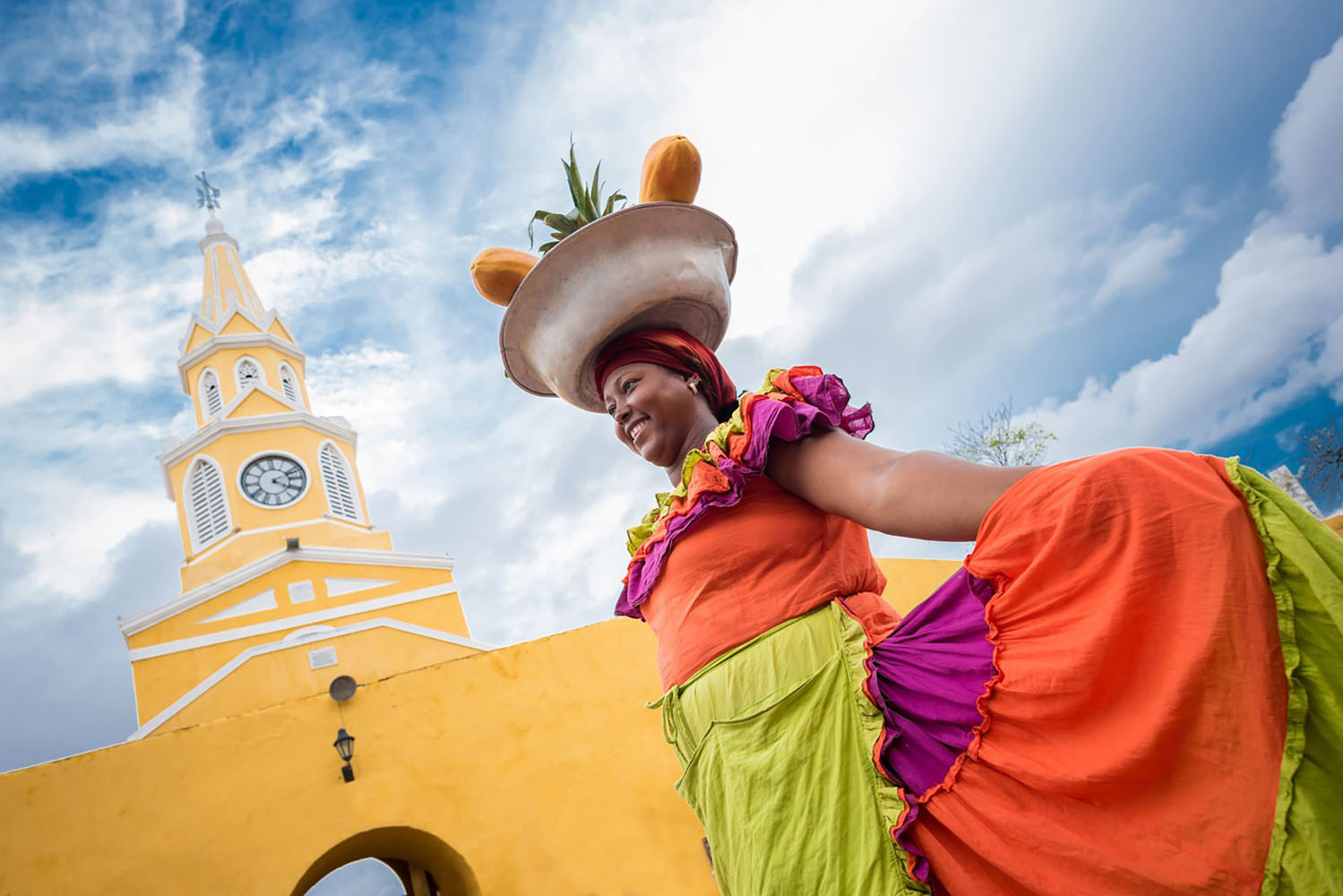 Are you ready for the beautiful city of Cartagena to cast its spell on you? Join us on our upcoming sailings to Cartagena, Colombia and prepare to explore this vibrant city with a captivating history.

Learn more about our upcoming sailings to Cartagena, Colombia today.

You know what they say about sequels — they need to think bigger, be bolder, and double down on more of what made the original so popular. Not long ago,...