Bergen, Norway, has long been a favorite port for many of us here at Azamara, including Captain Johannes and Dale Gillings. Because we've had the pleasure of sharing stories from both of these men recently, we thought it would be fitting to explore their favorite port with you — virtually, of course!

Bergen, Norway, is the gateway to the fjords and, for my money, the most beautiful city in Norway. The people are nice, the food is good, and there’s a lot to see and do. There’s nothing stressful or outlandish about Bergen itself at all. Sure, it rains some 250 days a year, but that's part of its charm. So after three visits, I was thinking, "Why do I like Bergen so much?" The answer is, Bergen is simply a nice place. 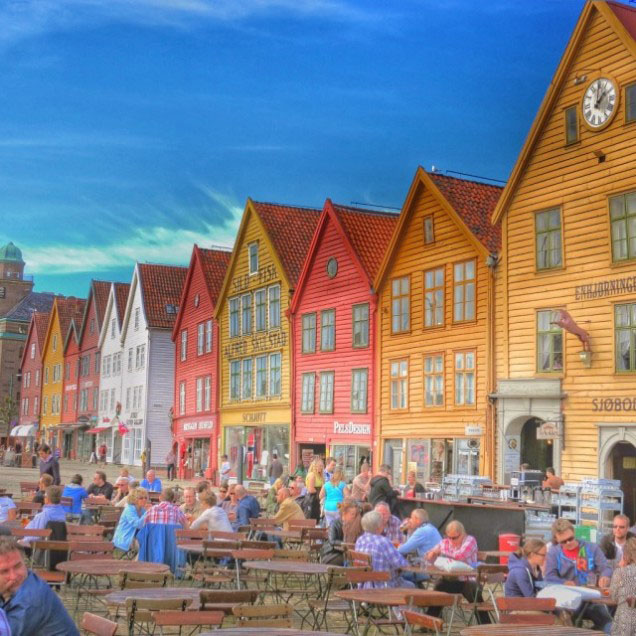 Sometimes the simpliest explanation is the best one. I first came to Bergen 10 years ago, and I liked it even though it rained the entire time. I returned in 2012 to nicer weather and remember thinking what a special place Bergen, and the whole of Norway, is. Now, after my third visit not long ago, on another cloudy and rainy day, I'm convinced, Bergen is my kind of city.

On my third visit, I arrived in Bergen onboard the Azamara Quest, after four unique days in Edinburgh. I wasn’t keen on doing too much in Bergen in the rain, as I had pretty much seen and done it all in the past, but I signed up to hike to the top of Mount Floyen. I wanted the exercise and the photo opportunity.

In order to climb Mount Floyen, you take the funicular up to the staging area — where you are graced with an incredible view of Bergen below. From the staging area, which features a restaurant, souvenir shops, and — interestingly enough — an awesome troll statue, it’s about 2.5 miles up to the peak and about 800 feet in elevation change. It’s not a difficult hike at all, but it’s pretty scenic and well worth it.

There are several little ponds along the way and the views from the top are fabulous. You can see Bergen, as well as the surrounding islands and hills below. It rained for much of the hike, but the clouds did start to lift as we approached the summit. That made for cool photos with ominous cloud formations. 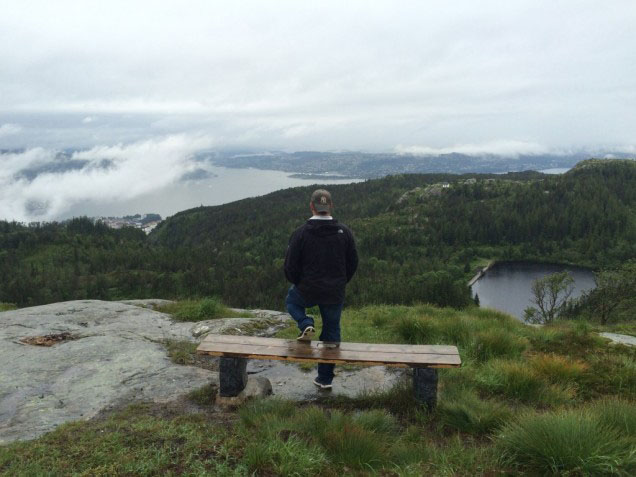 Back in town, I met up with some friends from the ship for lunch. First, the fish market on the harbor in Bergen is top notch and well worth a visit and a meal.  The crab, shrimp, lobster, and pretty much any form of seafood you can imagine is divine and the displays are mouthwatering.

We ended up settling on a restaurant with a name I could neither spell or pronounce (Norwegian isn't exactly the easiest language to master), but they served a whale steak I will certainly never forget. It was fantastic! We also ended up buying some massive crab legs to eat on the ship during this cruise! 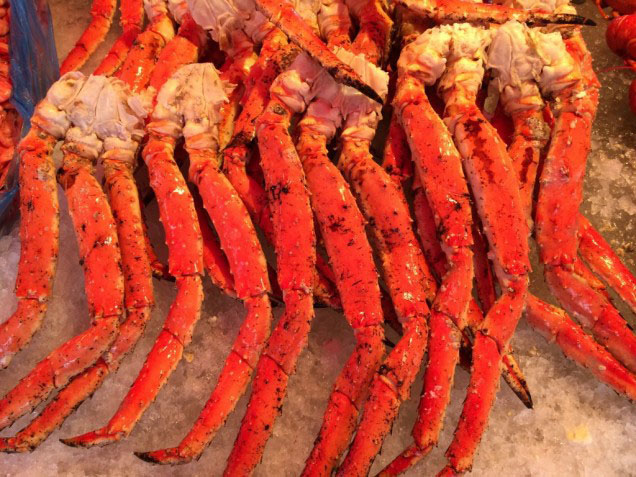 When you visit Bergen, you'll love the simplicity of the destination. Walk around, talk to people, have a coffee or a drink and take it in because Bergen, Norway, is a nice place. And, sometimes, nothing's better than nice.

Norway found the way into my heart. I’m in love with its frozen-in-time qualities and the magical beauty of its fjords. I had a...

How To Pack for a Trip to Norway

As a travel destination, Norway has a lot going for it. Cultured cities, a fascinating history, and delicious food are just a few of its draws. And yet,...