Aboard the Azamara Journey - Part Four 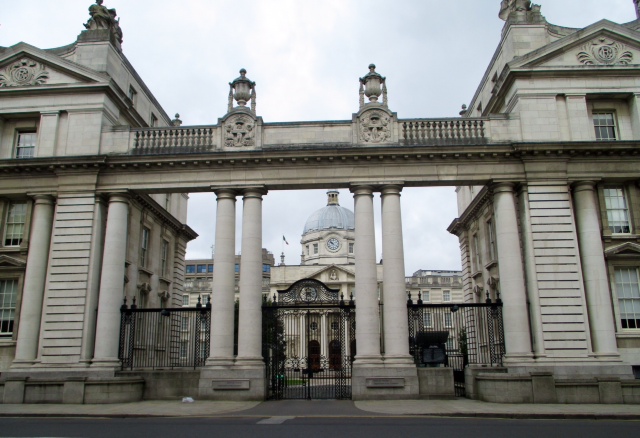 Dublin, a delightful city. People are free and generous with their sense of humor. You can tell they like to laugh. We took a morning walking tour of town given by a Dubliner named Claire. We visited various highlights including the immense and gorgeously landscaped Stevens Park. Throughout town we pass statues and monuments memorializing famous Irish literary figures such as James Joyce and Oscar Wilde. The museums are free, there's the National Library where one can do genealogy research, and there is great shopping. In fact, Dublin is the only stop on this cruise where I've purchased anything: two plaid wool scarves and two wool winter hats. We had a midnight departure so Peter & I went ashore after dinner. We came across excellent bands playing in the streets and handsome happy youth everywhere. 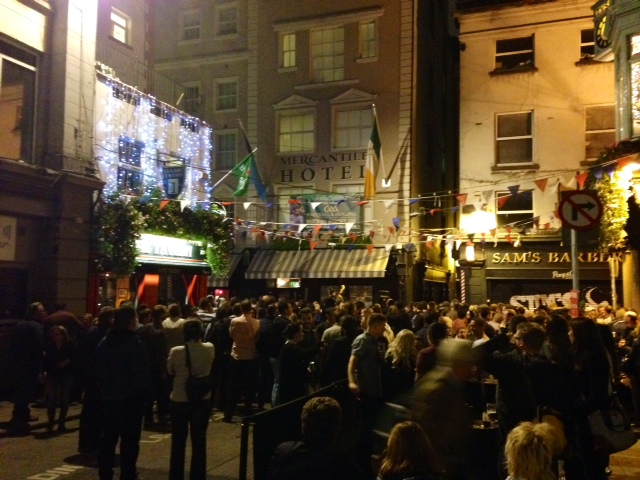 Dartmouth, a city of history. This is where the Crusades embarked, as well as the Pilgrims departed for the new world. Peter & I opted for the guided tour of the Royal Naval Academy where all British naval officers are trained. Our guide, Mike, is a local maritime history professor. This tour was a virtual crash-course in British maritime history; it's war battles, admirals and heroes...though don't test me! After the tour Peter and I walked around the picturesque town, shops and waterfront of Dartmouth. The houses are built straight up the hillsides from the River Dart, reminiscent of my hometown of Sausalito. 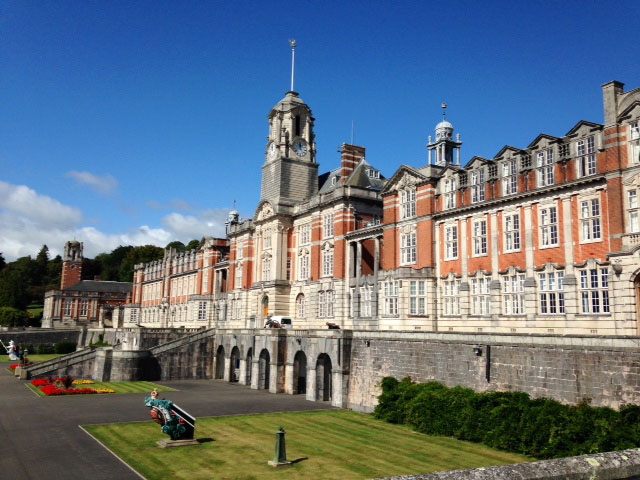 St. Peter Port, Guernsey, a tax haven for the mega-rich. What a beautiful island this is, green, clean, landscaped, beautiful homes, and like all our stops this cruise, it is steeped in a rich history and maintains a proud independent culture. Our guide says the residents are sometimes called donkeys because of their stubbornness. I did notice postcards with images of kicking donkeys and wondered why since the only animals I saw were the namesake tan and white Guernsey cows, and the odd free roaming chicken. Our tour stopped at the Little Chapel, a miniature church made out of broken tile donated by Wedgwood. We also visited a handful of German bunkers left over from the occupation during WWII. Nowadays one must be a millionaire to live here as houses start around half a million pounds for non-natives...slightly less for the locals. 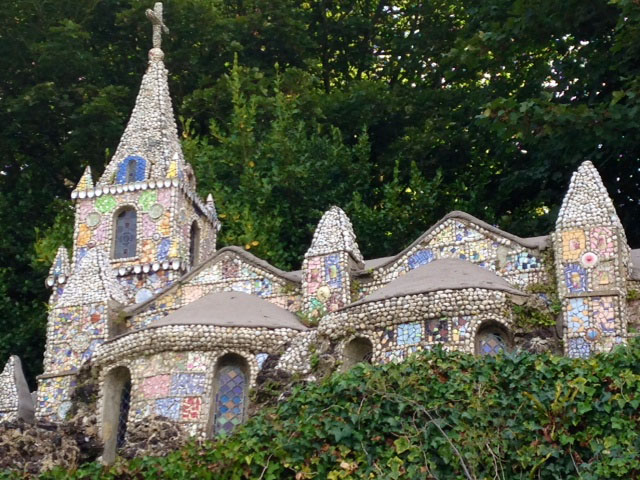 Southampton, a maritime city and the end of our Azamara cruise. As one who has never been to the United Kingdom, it's been a great "sampler" having now visited Scotland, England, Ireland, Wales, and Guernsey. Which was my favorite destination? Well, besides the ship itself I'll have to say I loved them all...now I want to revisit each of them and delve deeper into the smaller towns and the beautiful countryside.

A Closer Look at Our 2020 Maiden Ports

It’s hard to believe, but 2020 is right around the corner — and we’re cruising into the new decade with a resolution to explore even more of this...

Get to Know Azamara Onward

It’s an exciting time for all of us here at Azamara. Along with our triumphant return to sailing last summer, we announced a fantastic new addition to...