Travel and Golf: Attending The Open with Azamara

On Saturday, I boarded the Azamara Quest for the 3rd time in 2 years and I have to admit it feels like home!  All the familiar faces make it easy to feel that way and I was particularly excited for this cruise to begin as the first activity was the Open Championship at St. Andrews.

This year's Open Championship, or The Open, was being contested, as it is every 5 years, at the Old Course at St. Andrews-the home of golf.  I was fortunate to play there last year and it was simply put-amazing! 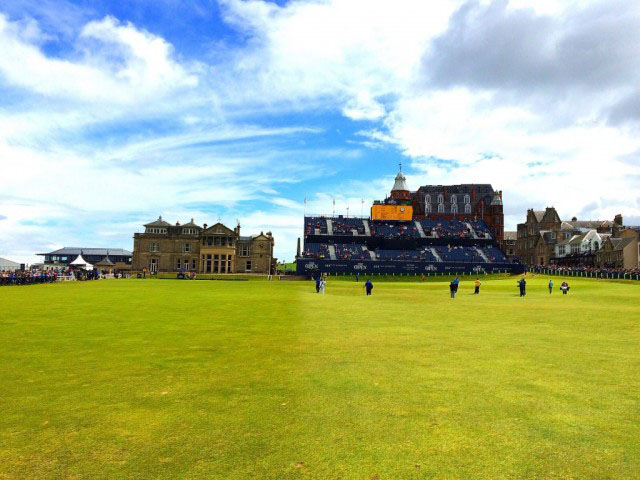 The Open at St Andrew's

The setup for the Open Championship was obviously a little different with different tee locations and of course grandstands but it is still incredible to be at the venerable course where all the greats of the game have played and the best of the best have won including Bobby Jones, Jack Nicklaus, Nick Faldo and Tiger Woods.

I was originally scheduled to see the final round on Sunday, but inclement weather forced the Royal & Ancient to postpone the final round until Monday. I was at the 3rd round instead. It made no difference to me as it was still amazing! 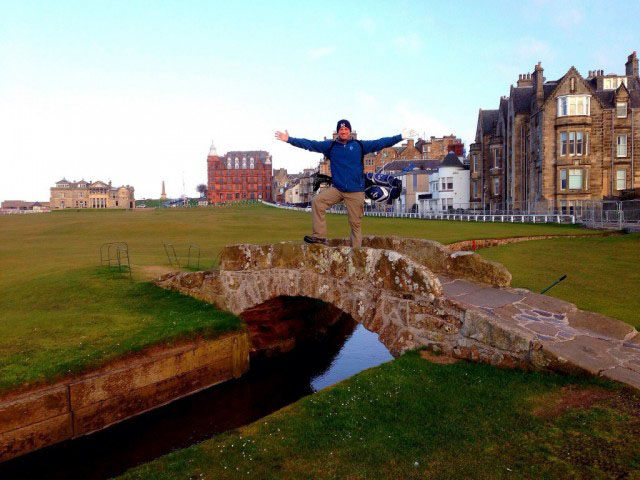 Lee Abbamonte at The Open, with Azamara 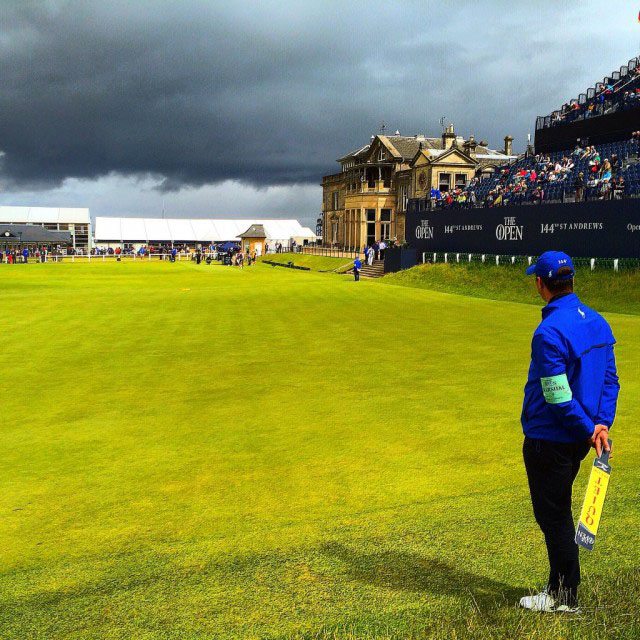 The big story this year is Jordan Spieth, who at 21 years old, has a chance to win the first 3 legs of the Grand Slam.  This has never happened in my lifetime.  I was able to get to within 10 feet of him while he was warming up for his round and I would not be surprised if this kid wins the whole thing - he’s that good! 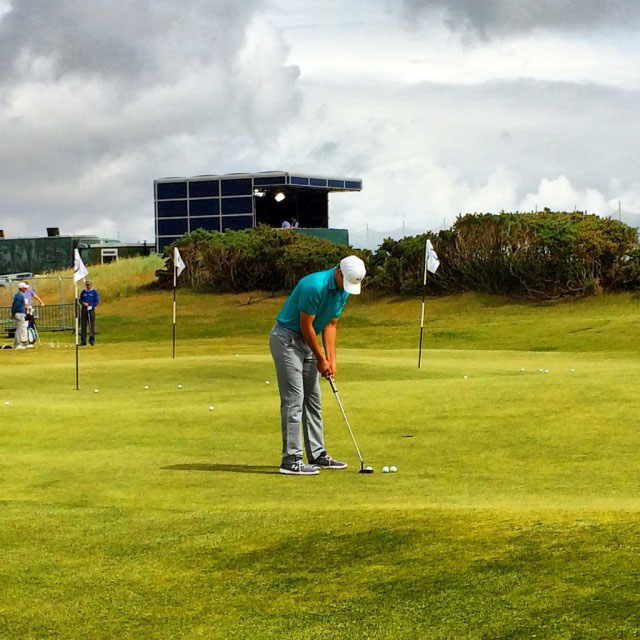 During the tournament, we walked around a bit but posted up at the Road Hole most of the time. The Road Hole or the 17th Hole at St. Andrews is the most famous and most difficult hole in golf because the road and wall you see are both in play and must be contended with if up against it. 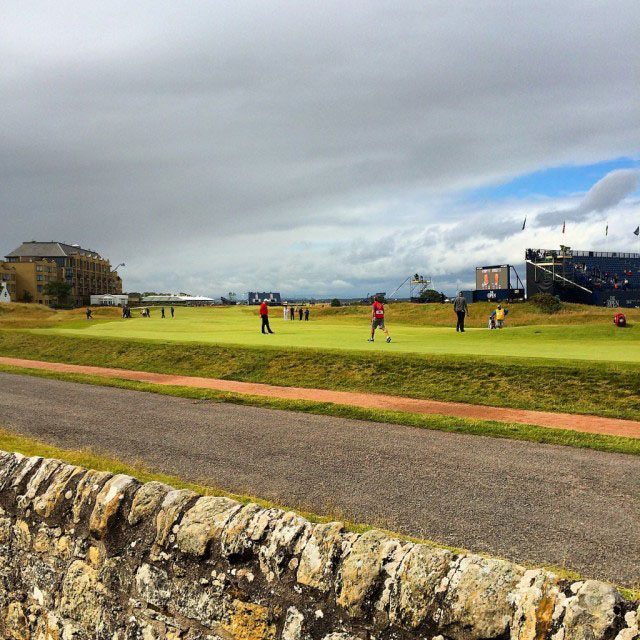 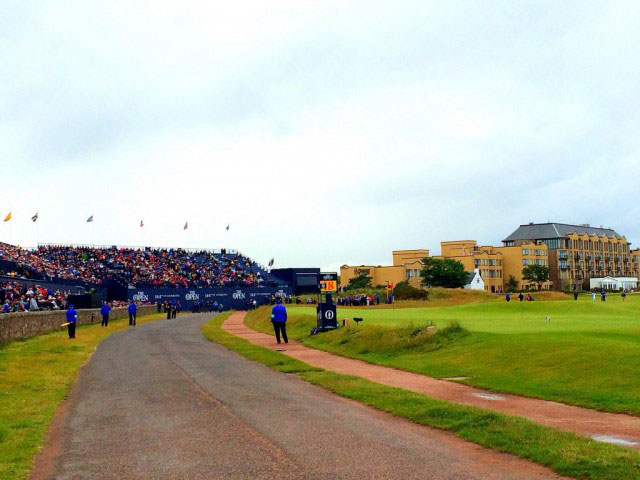 Some of the most famous shots in Open Championship history have been ricochets off the wall.  Championships have been won and lost at the Road Hole and believe me, it’s not easy…oh and don’t get caught in the Road Hole bunker either-it’s a tough out! 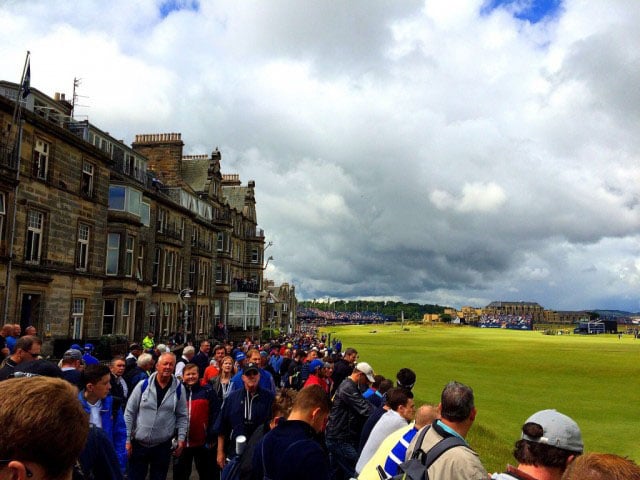 Even during the Open, no trip to St. Andrews is complete without walking around the beautiful town itself.  It’s a very small town with a ton of character and a lot of history.  Literally, there’s incredible scenery around every corner.  Of course, St. Andrews University is where Prince William and Kate Middleton met. 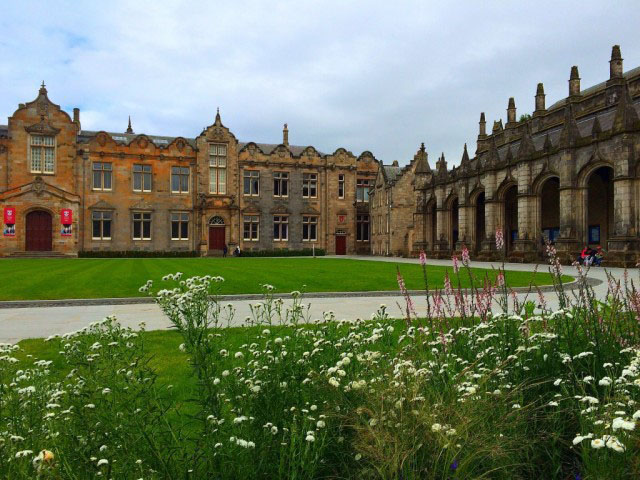 The ruins and the scenery of St. Andrews are simply phenomenal.  Don’t forget that St. Andrews is also on the beach.  In fact, it was the scene of the famous beach scene in the Oscar winning movie ‘Chariots of Fire’.  While the beach won’t make my 30 best beaches in the world, it sure is cool to check out! 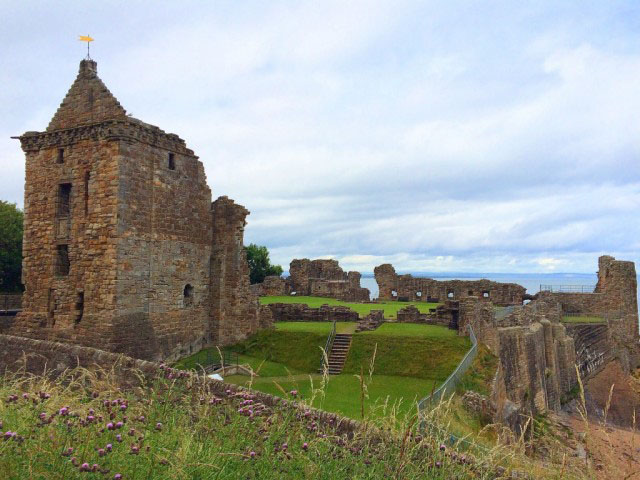 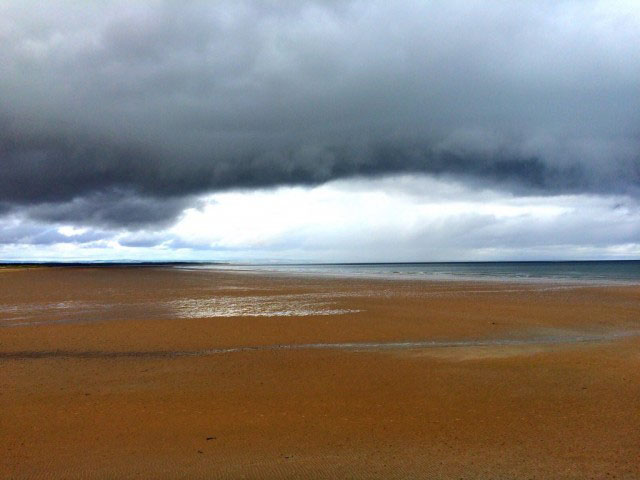 After the drive back to the Azamara Quest, it was a quick turnaround to get ready for the AzAmazing Evening at Hopetoun House.  I was really excited to go there as I’d heard amazing things about the venue. 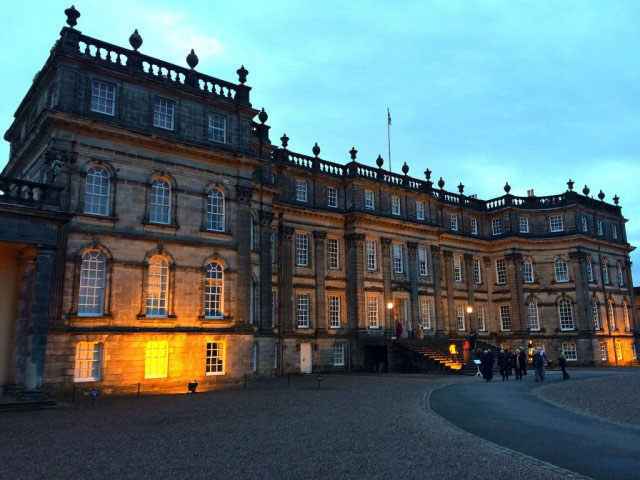 AzAmazing Evenings are one thing that really sets Azamara apart from other cruise lines in my opinion.  First, they are free for passengers and involve locally inspired entertainment in amazing and historic venues that you’d likely not get to visit otherwise - at least not in the same manner.  This was my 4th AzAmazing Evening and definitely my favorite. 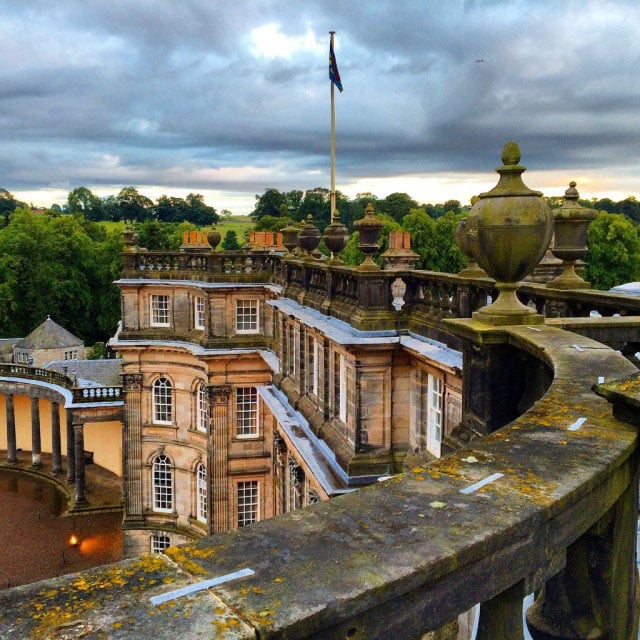 Hopetoun House was built in 1699 and has hosted royalty for centuries.  It is still in amazing shape and acts as a host venue for so many massive British events.  The views from the roof show nooks and crannies that you won’t see from the ground and the yard goes forever in either direction. 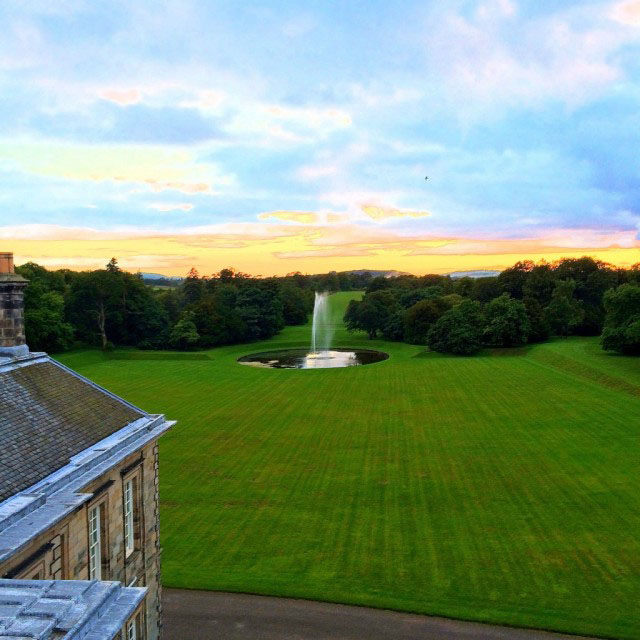 The event featured a massive whiskey and gin room and a bagpipe guard along with an amazing fireworks display to end the evening.  It was spectacular and I was happy to spend it with the fantastic crew of the Azamara Quest plus my friend and CEO of Azamara, Larry Pimentel!

Tee off on legendary courses around the world with Azamara. Click here to learn more about our golf cruises.

Spending A Day On Sardinia

Sardinia is one of the most beautiful places in the Mediterranean and, along with Corsica, is one of my two favorite islands in Europe. Alghero is the...

The night of Friday, February 21 was a special one for food lovers and travel lovers in Miami....

Welcome to Lima, the City of Kings. Founded in 1535 by Spanish conquistador Francisco Pizarro, Lima is a city where museums are teeming with history and...