Welcome to Lima, the City of Kings. Founded in 1535 by Spanish conquistador Francisco Pizarro, Lima is a city where museums are teeming with history and cultural artifacts, beautiful beaches brush up against towering coastal cliffs, a wealth of flavorful foods are waiting for you to savor, and the culture comes alive when the sun goes down. An often overlooked gem on the Pacific Coast of Peru, we think Lima is a dream destination that deserves its time in the spotlight—and you’re sure to agree!

Take a look at this helpful list of our favorite, can’t-miss things to do during your visit to the city affectionately known as El Pulpo, or The Octopus.

Stroll the Historic Centre of Lima 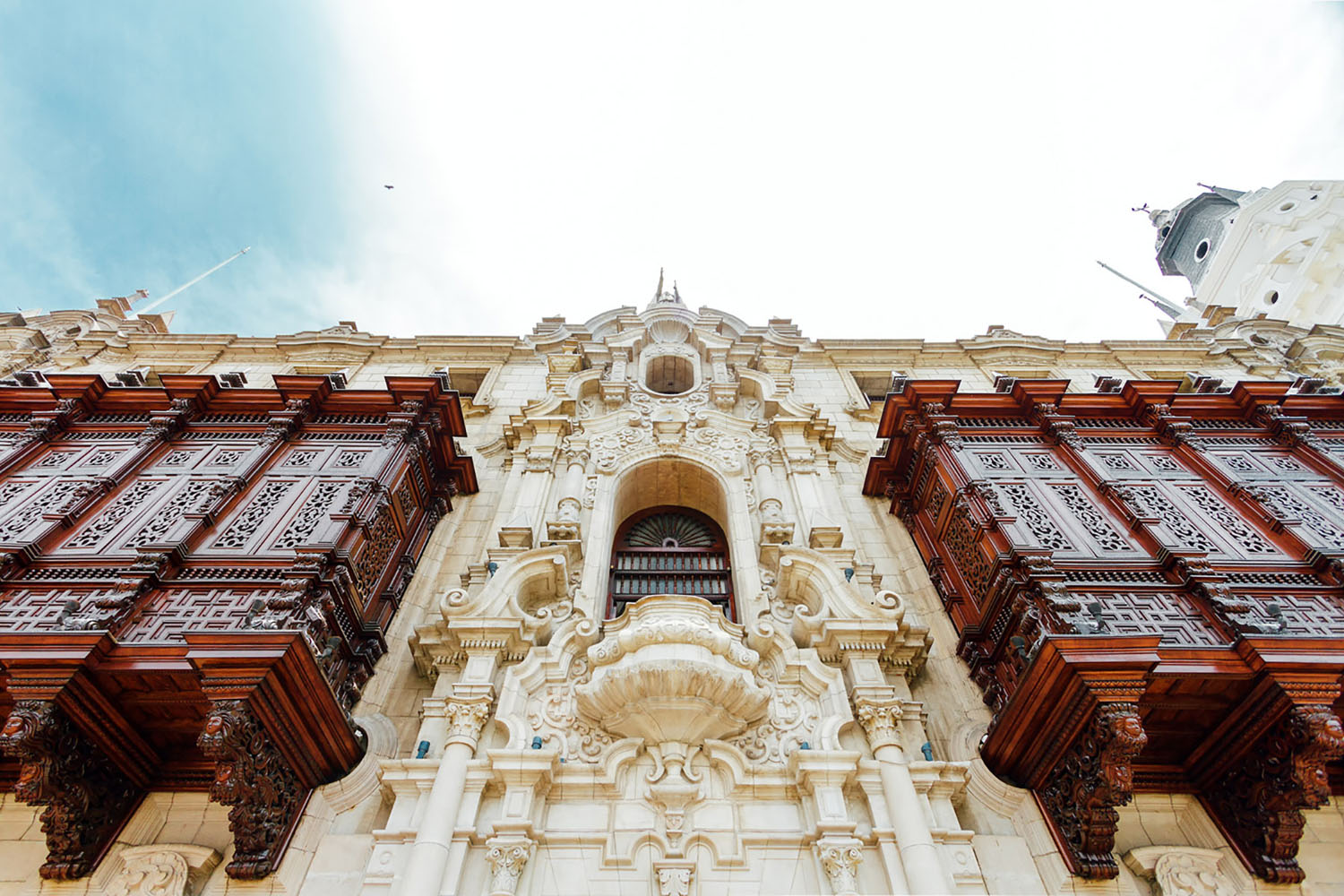 There’s no better way to get a sense of Lima’s history than with a walk through the labyrinth that is the city’s historic centre. A UNESCO World Heritage Site, the Historic Centre of Lima boasts some of the most beautiful examples of Hispano-American Baroque architectural styles you’ll ever see, not to mention flourishes of French Neoclassical and Art Nouveau. Take time to see the nearly 500-year-old Presidential Palace, and walk through the Portada del Perdón at the Basilica Cathedral of Lima. If you’re feeling brave, take a tour of the catacombs underneath San Francisco de Lima Basilica and Convent, where more than 75,000 are believed to be buried—making these the second largest catacombs in the world.

The Historic Centre is also home to the Balconies of Lima. These iconic balconies—often referred to as “streets in the sky”—served as pulpits for viceroys addressing colonists in the 18th century, as well as vantage points for abbesses wishing to observe daily mass without being seen.

Of course, they were also a perfect spot for the occasional secret rendezvous between young lovers, but those are stories for another day.

Swim With Sea Lions Near the Palomino Islands 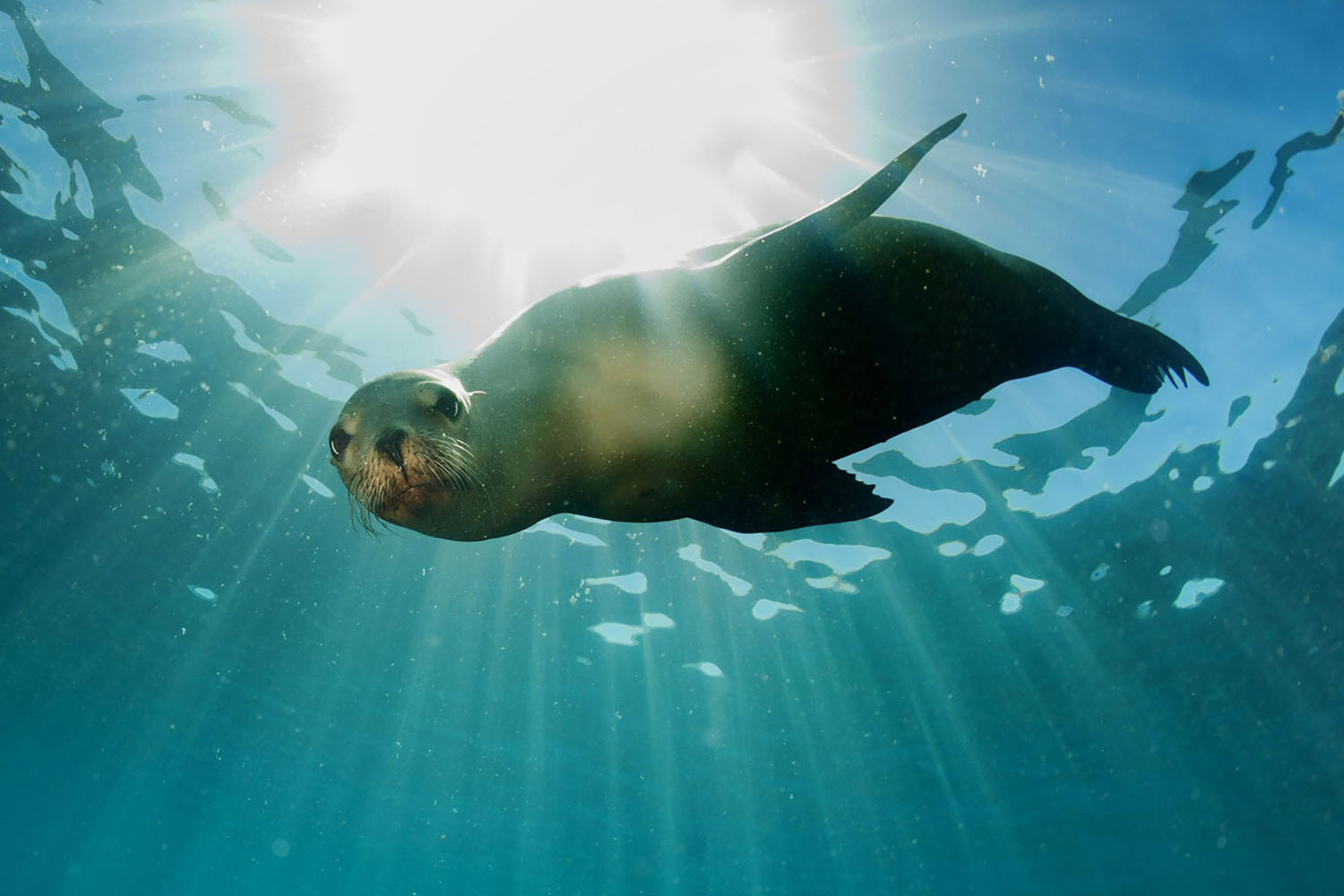 Just off the coast of Peru, you’ll find the Palomino Islands. This archipelago is well known for its native inhabitants, South American Sea Lions! Don’t worry, sea lions are much friendlier than their jungle cat counterparts. In fact, a visit to the Palomino Islands will offer you the perfect opportunity to take a swim with these fascinating creatures.

If getting up close and personal with sea lions isn’t your cup of tea, don’t worry—the Palomino Islands are also home to a diverse assortment of seabirds, including red-legged cormorants, Peruvian pelicans, and Inca terns. If bird watching is your passion, you’ll find a lot to crow about here. 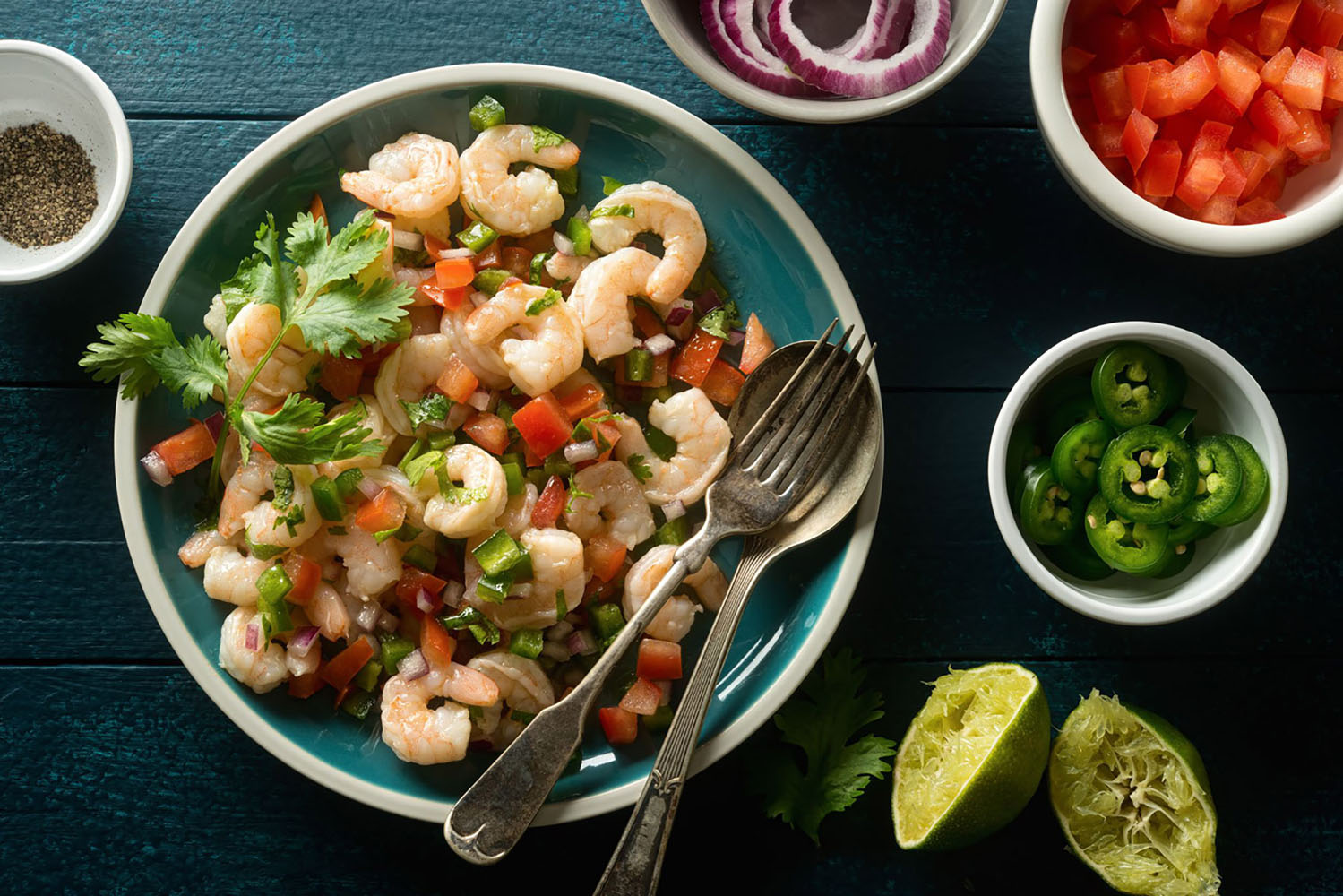 Peru boasts a landscape that is as varied as any country on Earth—and this diversity has given rise to an eclectic array of dishes and cooking styles. And, being the capital of Peru, Lima lies at the heart of the country’s gastronomy scene. During your time in the city, you’ll find plenty of opportunities to flex your foodie muscles.

No trip to Peru is complete without sampling ceviche. A favorite amongst locals, ceviche is comprised of a hodgepodge of fresh local seafood sliced and diced, then mixed with onion, chilli, cilantro, and lemon juice to give it the appearance of being cured. Depending on where you order your ceviche, it could contain octopus, clams, tuna, sea bass, or any other assortment of delicacies from the sea.

Perhaps the best things about ceviche are that it’s widely available—from five-star restaurants to food carts throughout Lima—and different everywhere you try it. We recommend trying Penélope Alzamora’s take on this iconic dish on our Culinary Experience In Barranco shore excursion. Not only does this excursion offer an opportunity to enjoy an authentic Peruvian meal, it will also take you through Lima’s bustling marketplaces as you discover the produce that makes Peruvian dishes so delicious.

Bike Through the Barrios 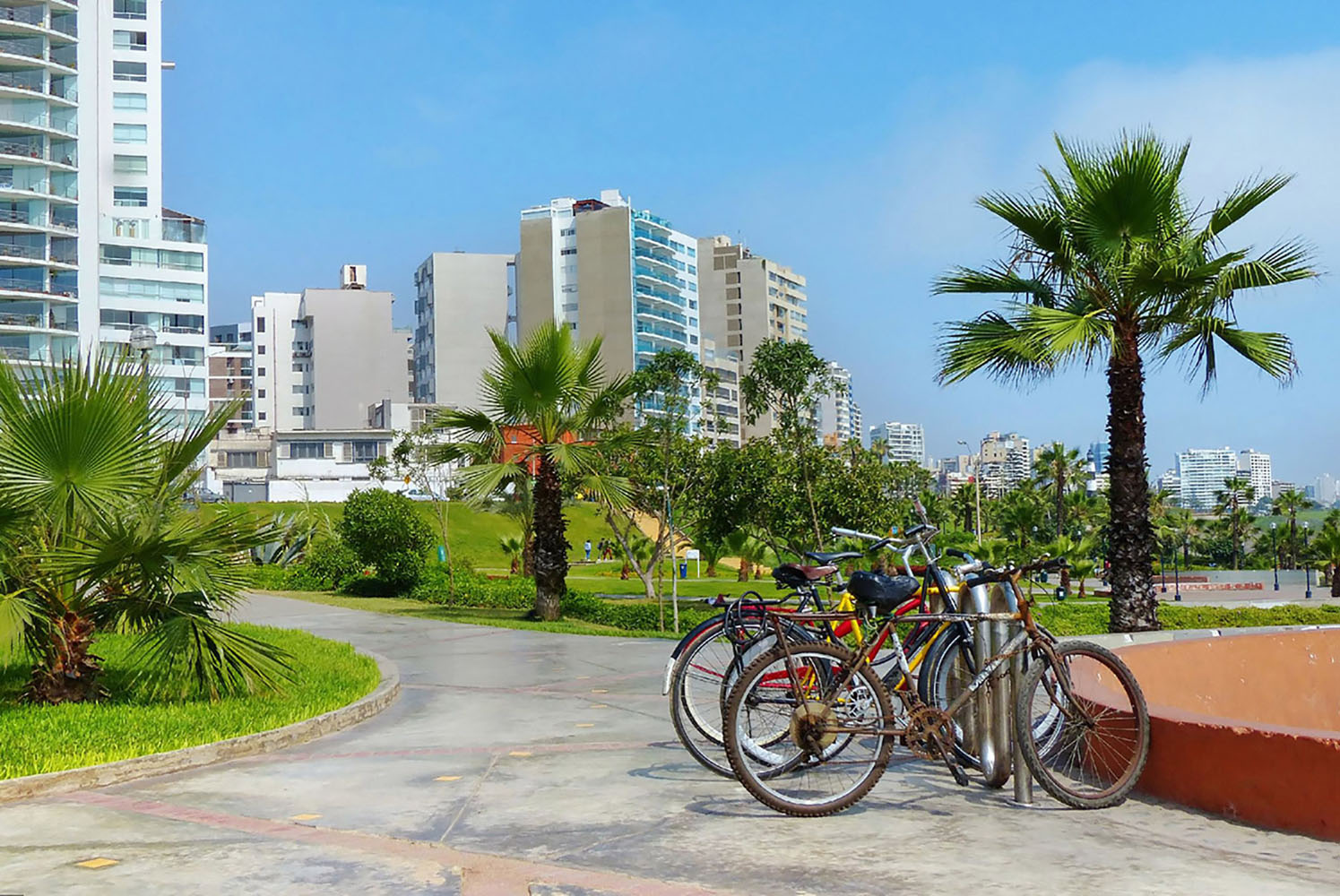 Pedaling along the streets of Lima is a fantastic way to see the city from a whole new perspective. Ride the green lung of Campo de Marte in Jesús María. Or, make your way through Parque El Olivar in San Isidro, where you’ll find beautiful trees, shimmering pools, and 87 square kilometers of space to explore.

If you want to see even more of Lima by bike, consider joining us for the Modern Lima on Wheels shore excursion. On this excursion, you’ll make your way through the beautiful neighborhood of Miraflores, where stunning architecture and historical hotspots await around every corner. Then, it’s off to the hip barrio of Barranco. This beautifully bohemian area of Lima is home to incredible street art, delightful cafes, and charming boutiques lining streets that give way to coastal routes along the bay and Lima’s beautiful cliffs.

Whether you join us for a ride or venture out on your own, biking is an excellent way to see even more of the city. 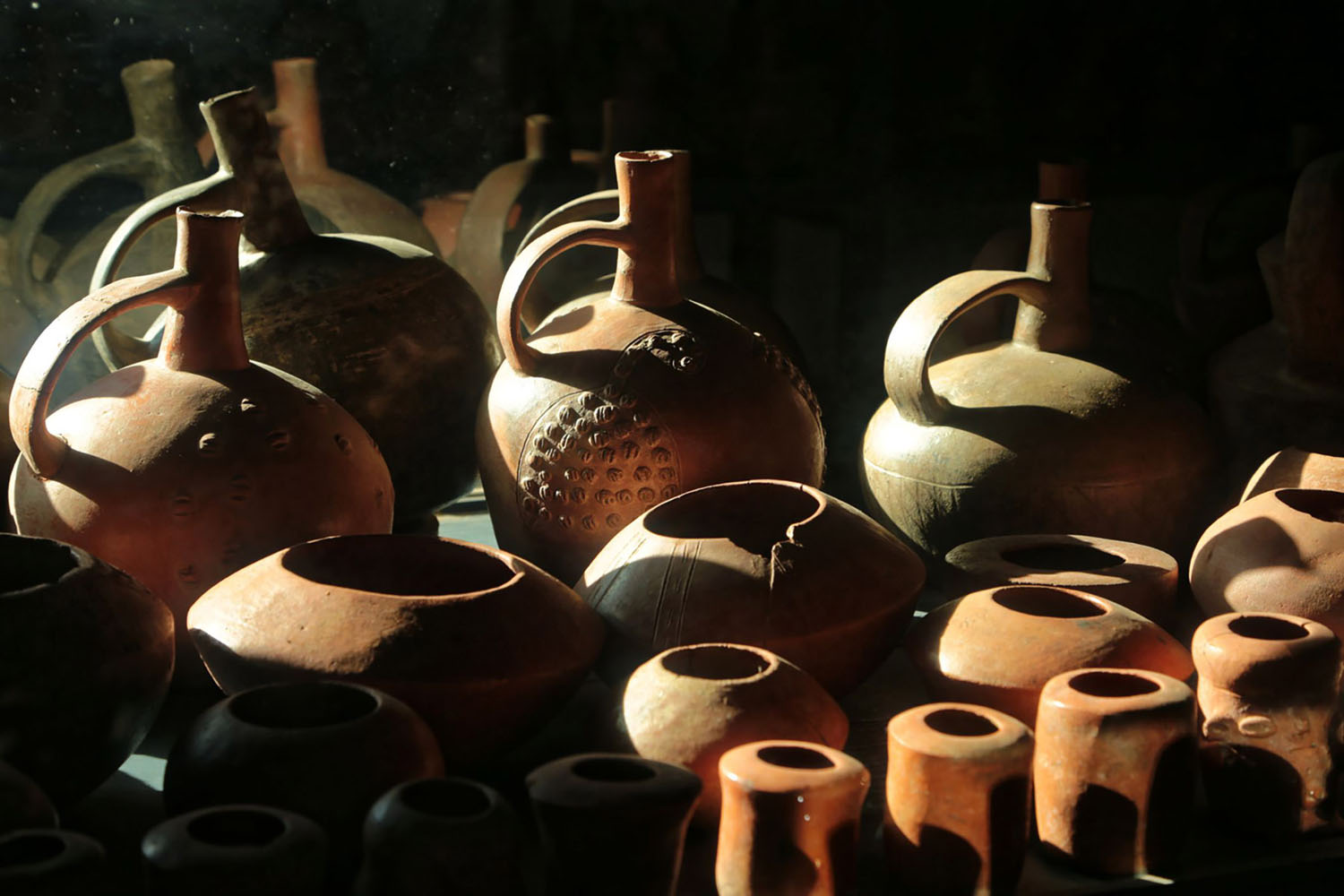 Located within the mansion of an 18th-century viceroy, Museo Larco guides you through more than 5000 years of Peruvian history. Home to one of the largest collections of ceramics in Lima, there are over 50,000 ceramic pots from a variety of different cultures—including Inca, Chancay, and Cupisnique—on display here. The rest can be found in the museum’s storerooms (which you’re also able to visit). Make your way through the museum at your own pace, or take a guided tour (offered daily in English and Spanish) to uncover even more about the bond between Pre-Columbian societies and the natural world.

If just thinking about the collection at Museo Larco leaves you feeling inspired, consider joining us for a pottery class at Pachacamac, where you’ll learn traditional sculpting techniques that you can put to use as you create your own work of art. In the end, not only will you have learned more about Lima’s artisanal cultures, you’ll also have a one-of-a-kind souvenir to remind you of your time spent in the city forever. 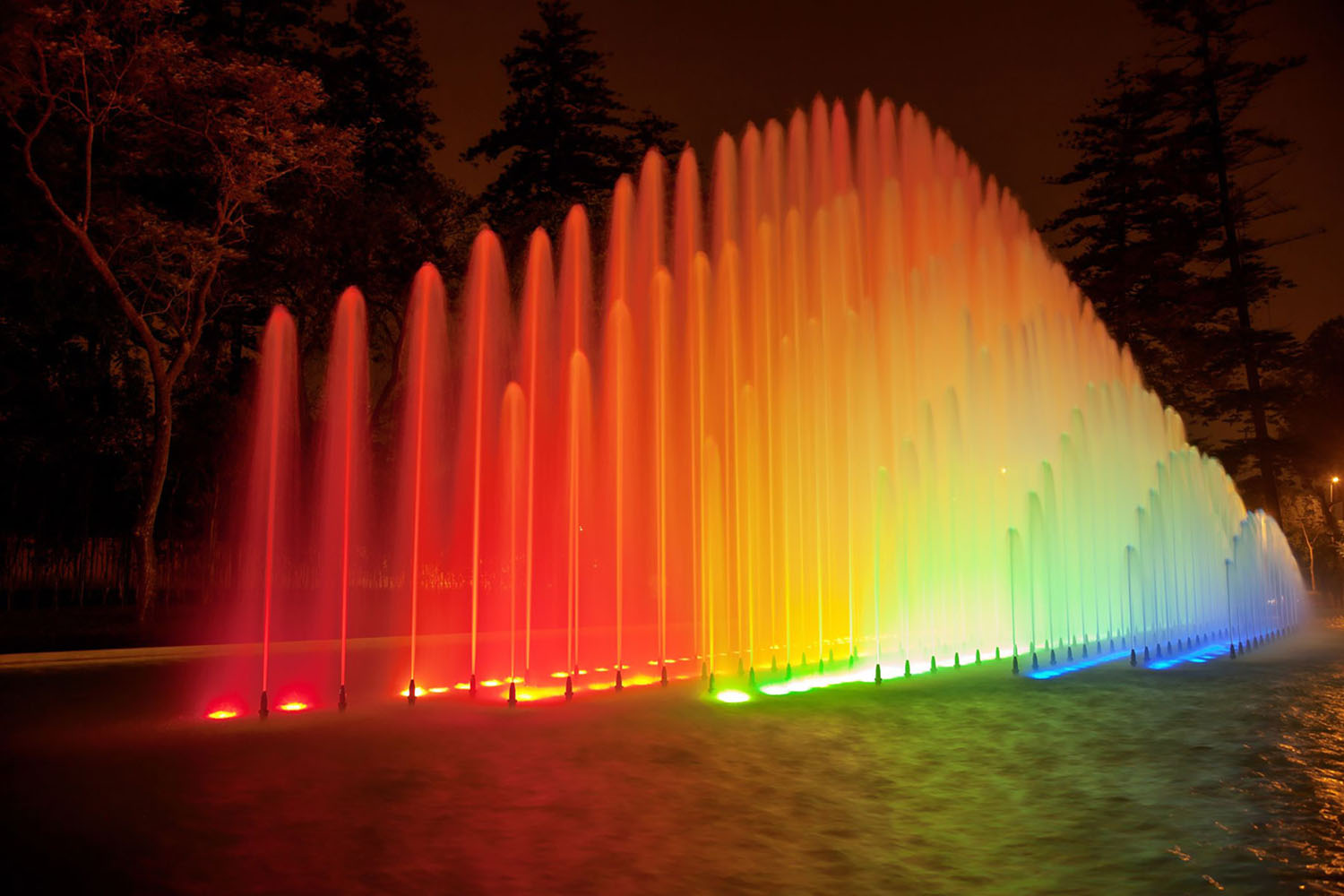 Parque de la Reserva was initially developed in 1929 in honor of the many reservists who fought to protect Lima during the Saltpeter War of 1881. Designed to incorporate a mixture of Indigenous and Art Deco architecture, this expansive green space features several sculptures built by Peruvian artists.

When the sun goes down, the Fuente de la Fantasia is the place to go in the park. The jets of this colorful fountain are synchronized with lasers and music by everyone from Beethoven to The Beatles. The night is illuminated in a sea of colors and images for a show you’ll have to see to believe.

Uncover the Past at Huaca Pucllana 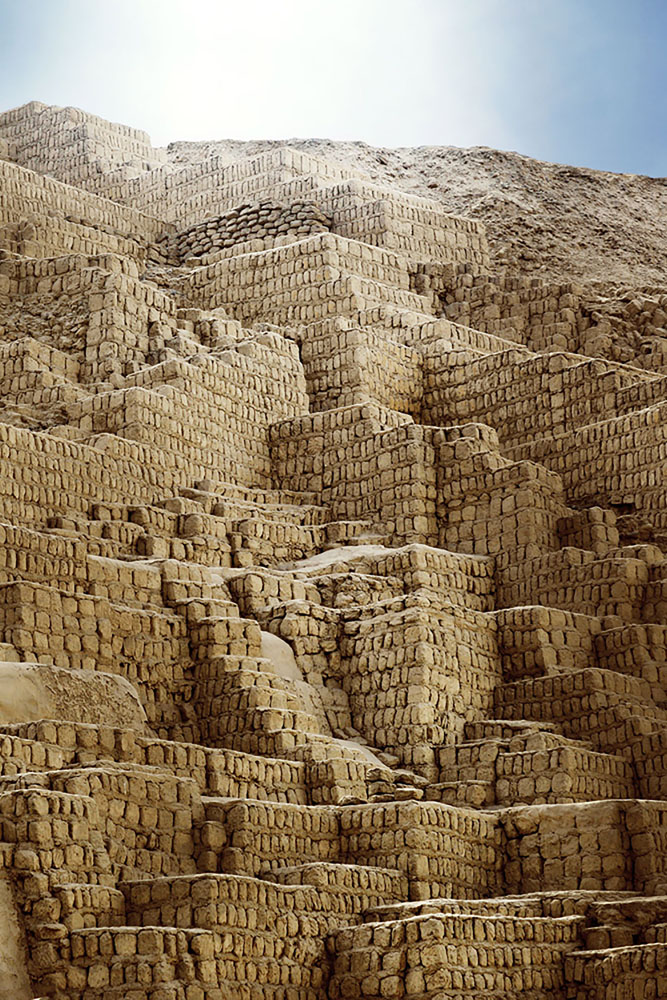 Peru is well known for its ancient ruins and wonders of the world (in fact, we’ve written about them before), but you don’t have to leave Lima to uncover relics of the past. Instead, visit Huaca Pucllana in Miraflores.

Believed to have been built around 500 A.D. using a mixture of adobe and clay, Huaca Pucllana served as a ceremonial center for the pre-Inca cultures that lived along the Peruvian coast. Today, this restored pyramid provides fascinating insight on civilizations that have long since disappeared and continues to guard secrets and artifacts—with excavations ongoing on a regular basis.

At night, the ruins are illuminated, giving them an otherworldly aura, and the on-site restaurant offers an incredible view from which to take it all in. Ancient views and delicious dinner? Sound like the perfect combination to us.

It’s Time to Check Lima off Your Bucket List

Are you getting excited to peruse Lima, Peru? We’d love to visit here with you! Join us on an unforgettable cruise, take advantage of our immersive shore excursions, and embrace the cultural mosaic that is Lima.

Learn more about our upcoming sailings to Lima today.