Azamara Hotel Director Heike Berdos has been traveling the world since she was a baby. Born in Bonn, Germany, her father’s career as a chemical engineer brought them to Algeria, North Africa, Montreal, Quebec, and back again to Deutschland. Along the way, she picked up different languages, perspectives, and a love of travel that inspired her interest in the hospitality industry. In 2007, her experience and talents brought Heike to Azamara, where she was part of the team that launched the Azamara Journey. After a brief stint aboard the Azamara Quest, she returned to the Journey, where she continues to provide guests with unforgettable experiences. 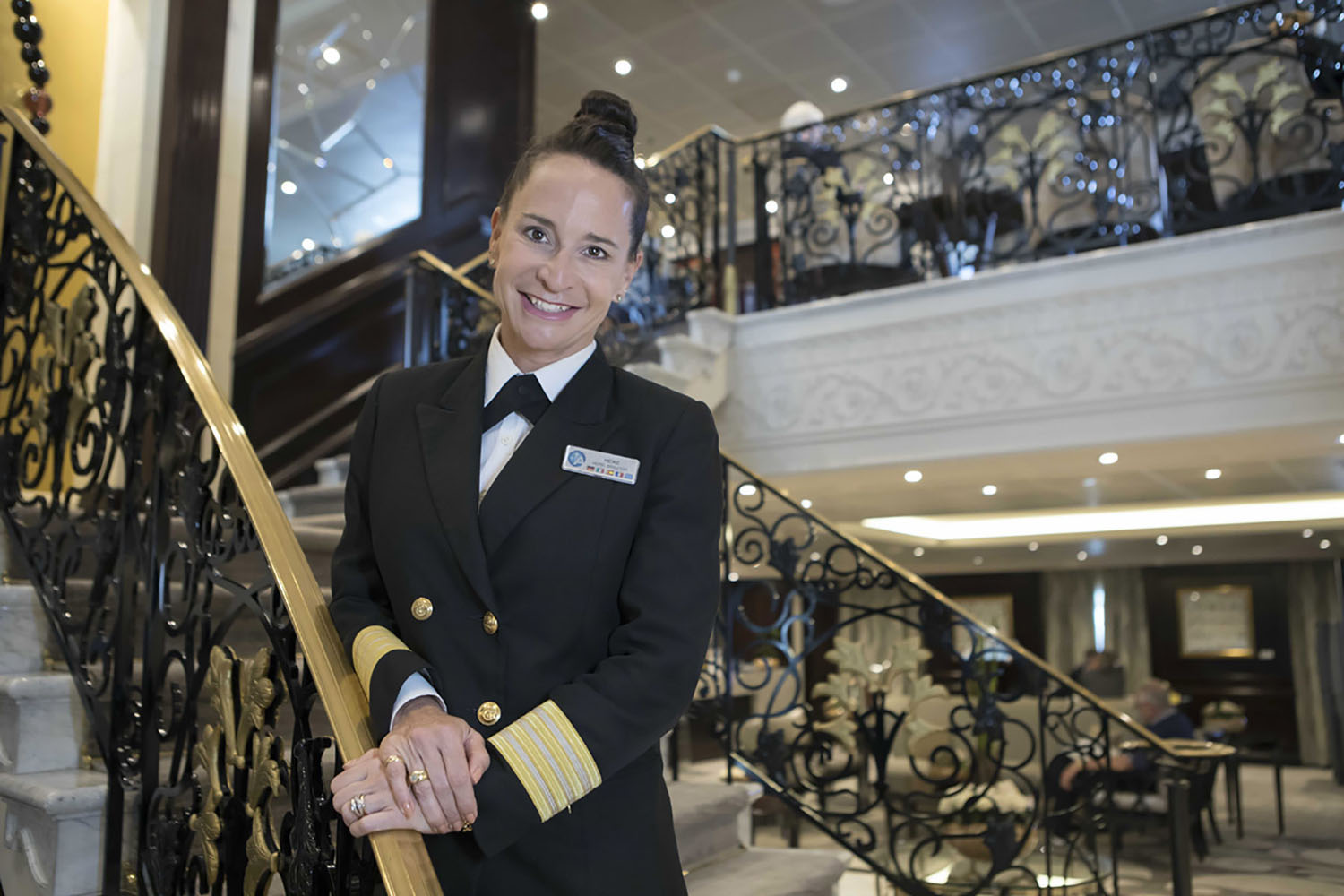 These days, Heike has been spending her time in her adopted home of Athens, where she has lived for nearly two decades. Interestingly enough, this prolonged stay has allowed her to see her city in a new light. “The lockdown period taught each and every one of us a lot more about ourselves” she said. “I was amazed to see how little I knew about my immediate neighborhood, and once you pay more attention to detail, how much it has to give me. I am fortunate to be in Greece during this period, as the country has so much to offer: the climate, the coast, and the beautiful sea.”

As one of the Mediterranean’s highlights, Greece benefits from dry, warm summers filled with beautiful blue skies. It’s a country that is home to stunning sun-bleached coastal cliffs that give way to shimmering waters. Spend any amount of time here, and you’ll discover a veritable treasure chest of historical artifacts, culture, cuisine, and curiosities that dazzle and delight in equal measure.

As the capital of modern Greece, Athens is the country’s largest city, shaping the nation — and the world — for millennia. In fact, to this very day, the city’s landscape is dominated by ancient landmarks, including the iconic Acropolis. Since the 5th-century B.C., this hilltop temple has stood over the city. Typically, it’s bustling with activity, but things are a little quieter there these days. This provided Heike with the unique opportunity to visit the Acropolis almost entirely on her own. 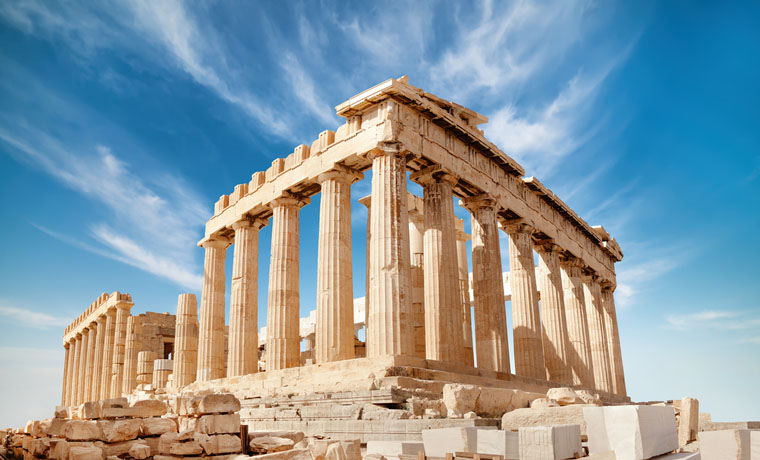 “It was a bittersweet taste to see the Acropolis without many people.” she admitted, before adding “But it was so unique.” Heike thinks, once opportunities allow, visiting incredible sites with fewer travelers should be on everyone’s to-do list. “Anyone who is a true traveler and able to do so, once borders and transportation will allow, must travel quickly and enjoy the peacefulness of many gorgeous places.” 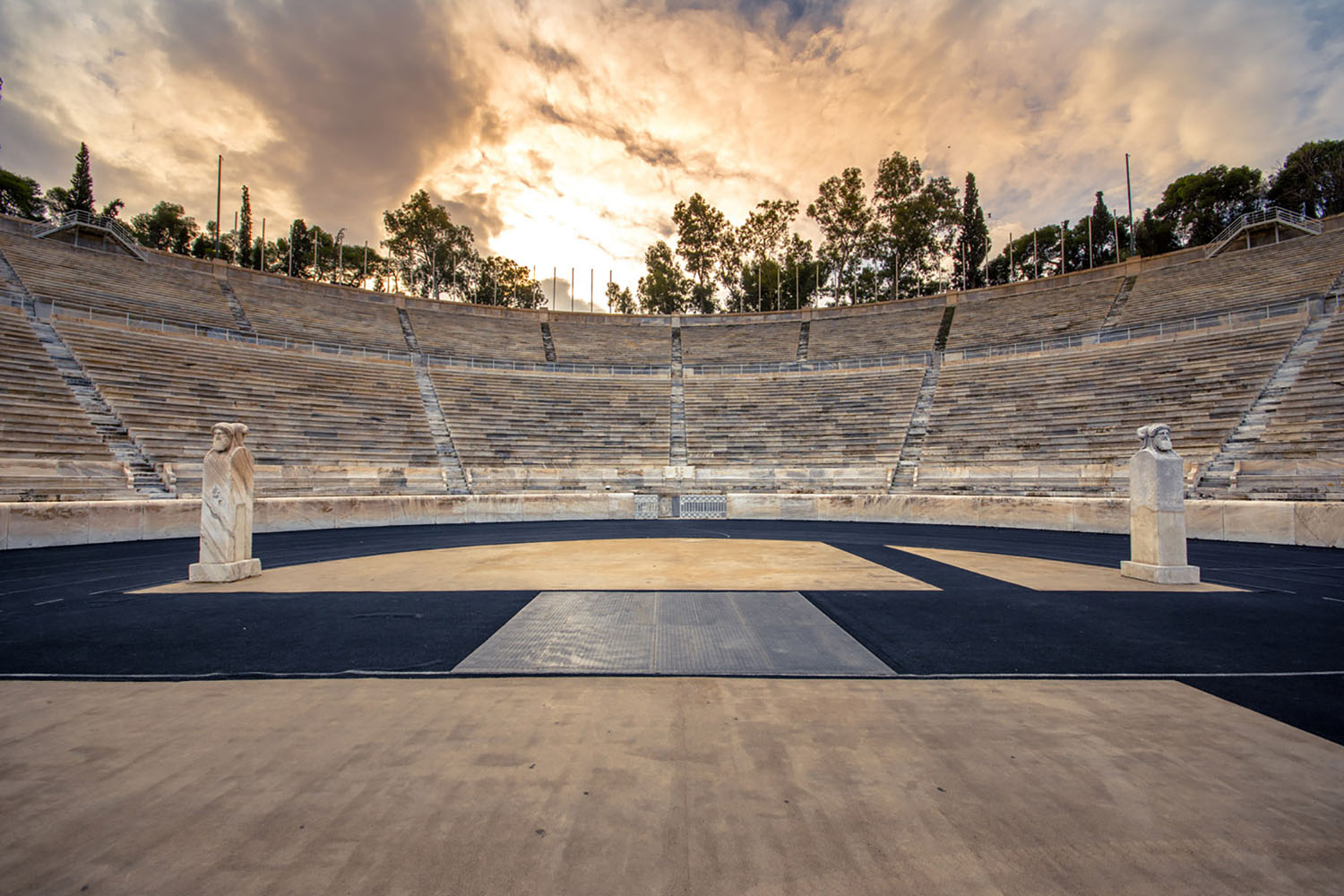 As we chatted, Heike shared with us that one of her great passions, besides travel, is photography. Of course, if you’re an aspiring photographer, there’s so much to see (and snap) in Athens. There’s the Parthenon, dedicated to the goddess Athena, and the Temple of Olympian Zeus. You can see Hadrian’s Arch — a tribute to the Roman Emperor Hadrian who had an immense love for the city — and the Panathenaic Stadium, the only stadium in the world built entirely of marble. Athens is also home to the Theatre of Dionysos (the world’s first theatre and arguably the birthplace of drama and dramatic performance), the Temple of Hephaistos, and the Pentelic marble Tower of the Winds. For a fantastic panoramic shot of the city, make your way up Lykavittos Hill. Here — from the 277m summit — you can see beyond the splendor of the city and out into the Attic basin. 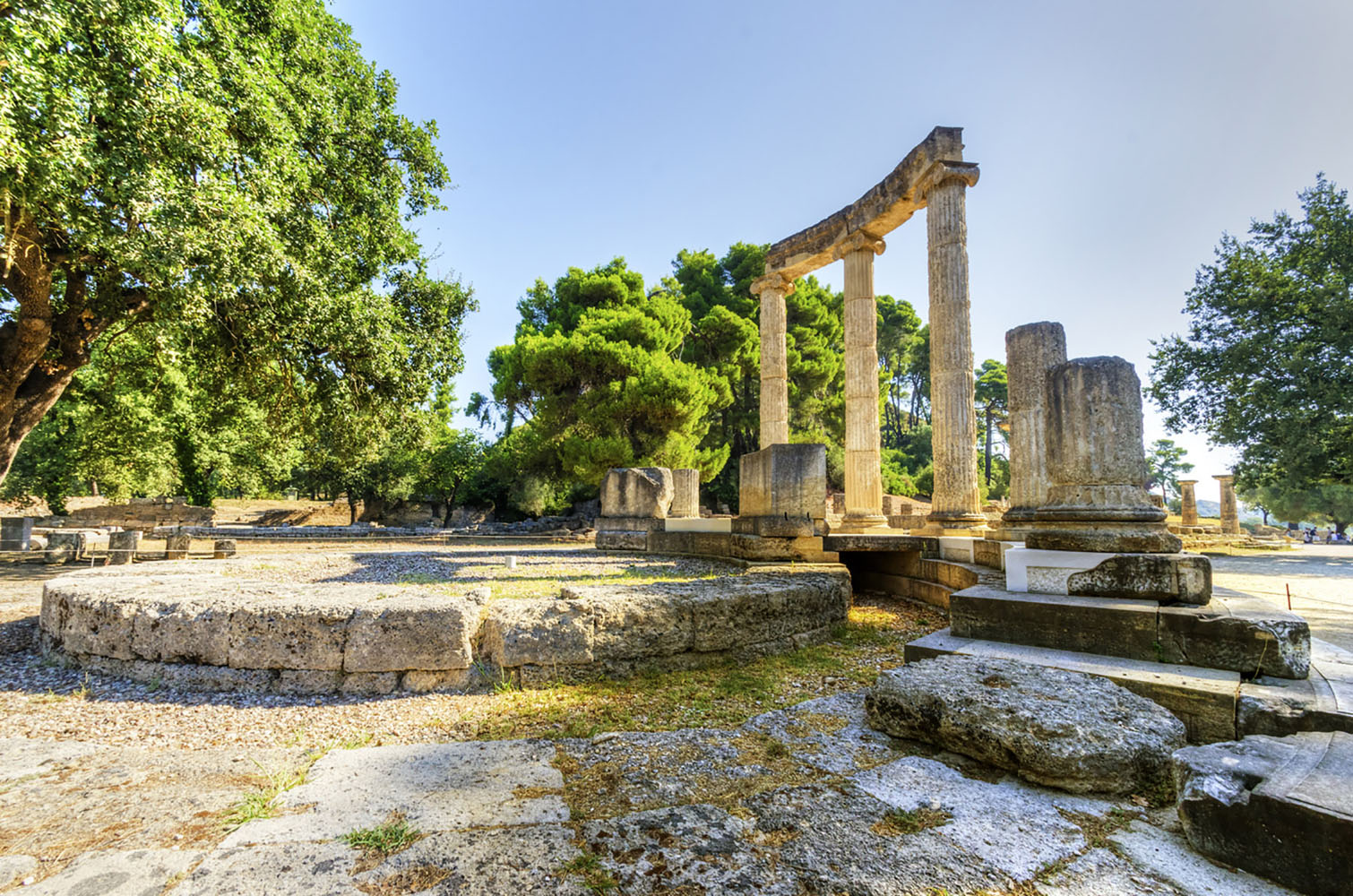 Beyond Athens, Greece is a wealth of ancient history and beauty to absorb and document with your camera. There’s Ancient Olympia, where the Olympic Games took place for over a thousand years. To this day, the flame is still lit here in honor of the modern Olympic games and will burn brightly ahead of next year’s events in Japan. 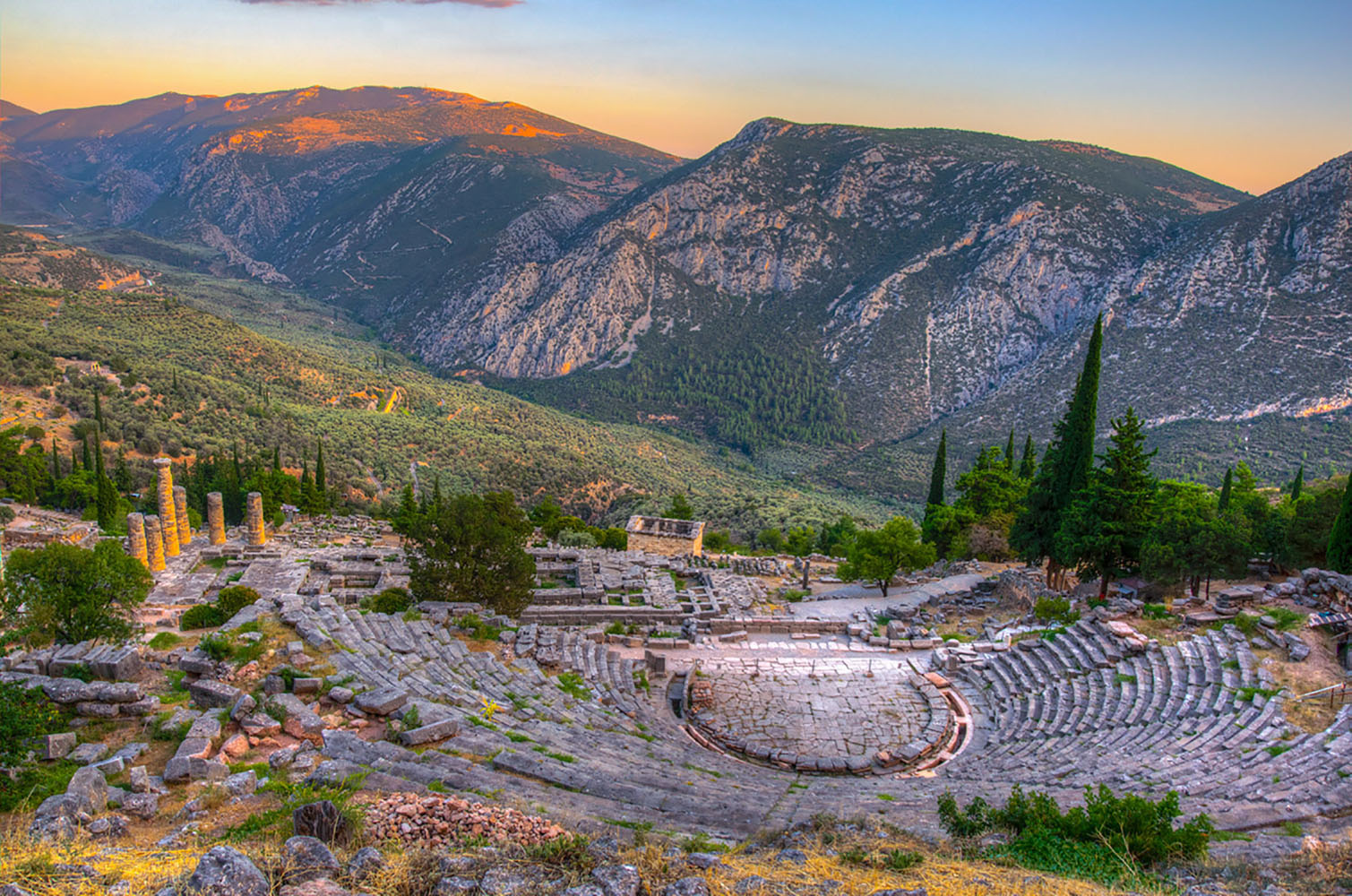 There’s also the famed archaeological site of the ancient sanctuary of Delphi — which Greeks once believed to be the center of the Earth. And, not far from Heraklion on the island of Crete, the Palace of Knossos, where a fantastic mix of ruins and recreations paint a vivid picture of life in the Minoan civilization. 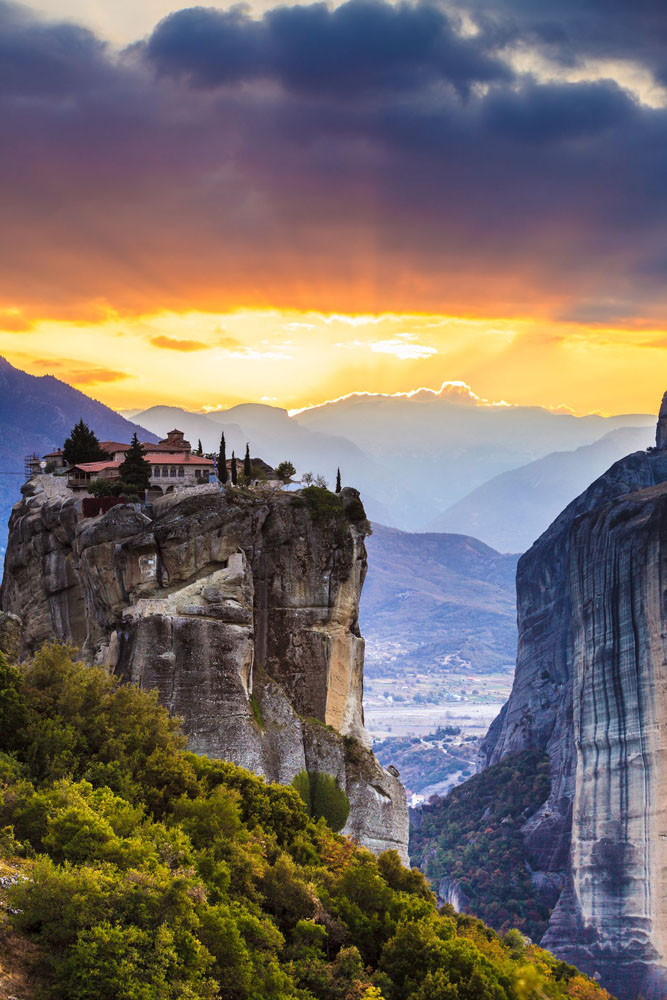 There’s one attraction in Greece, however, that towers high above the others (quite literally) — the Meteora Monasteries. Located not far from the city of Volos, these monasteries are perched high above the canyons of the Pindus mountain range on incredible rock formations. In fact, the rock formations alone would be considered a must-see sight, but the marvelous monasteries that sit atop them like crowns are enough to drop the jaws of even the most seasoned travelers. It should come as no surprise that Meteora means “in the heavens above.” Stunning from a distance, those willing to make the hike can visit two of these precipitously built monasteries, where you’ll find ornate carvings and religious relics, gold-leafed iconography, and so much more. As late as the 16th-century, 24 monasteries dotted this landscape. Today, six remain fully functional, including:

●      The Monastery of Great Meteoron

●      The Monastery of St. Nicholas Anapausas

●      The Monastery of the Holy Trinity

As our conversation wrapped up, Heike said something that really stuck with us. “Most of the people that I have met during my travels, as well as onboard our ships, are eager to travel and to explore this amazing planet that we have.” That’s something that was true yesterday, still true today, and will remain true tomorrow. Whether it’s Greece, another country, or another continent, people long to explore the world around them. We’re looking forward to seeing everything this world has to offer again soon, with Heike, the rest of the Azamara team, and you.

We’d like to thank Heike for taking the time to talk to us about her adopted home of Greece. You can learn more about our planned upcoming voyages to Greece here. And to stay up-to-date on all the latest news from Azamara, be sure to sign up for our email newsletter.