One of the best ways you can prepare for vacation is to read. Read travel guides, read blogs (like this one!), read online forums, etc. But what you should read while on vacation is just as important! After all, is anything better than relaxing in a lounge chair, sipping a cocktail and getting lost in a book? Days at sea are absolutely perfect for book lovers. 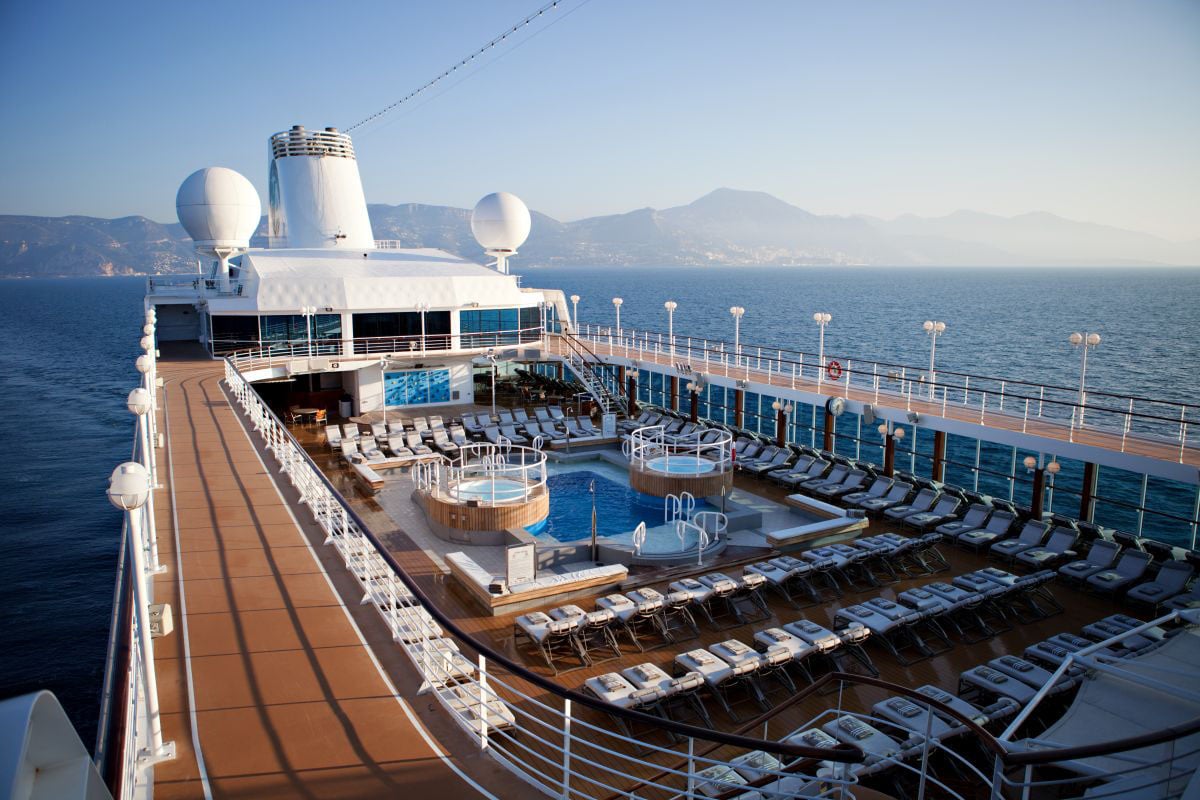 These twelve books are set in some of the most interesting and most beautiful destinations around the world and are sure to inspire a few of your next vacations.

All The Light We Cannot See by Anthony Doerr 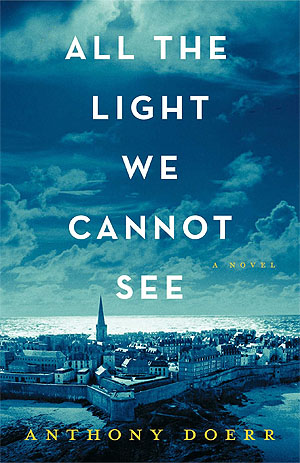 You may have heard of All The Light We Cannot See, a novel by Anthony Doerr that was published in May of 2014. Last year, it won both the Pulitzer Prize for Fiction and the Andrew Carnegie Medal for Excellence in Fiction. The novel is set in occupied France during World War II and tells the story of a blind French girl and an orphaned German boy whose paths eventually cross. Much of the story takes place in Saint-Malo, a walled city on the rugged coast of northwestern France.

World War II buffs will appreciate this 9-Night voyage to Normandy, Holland and Germany. However, this area of France does have more to offer than history – expect incredible food, stunning scenery, beautiful beaches, sailing and more. 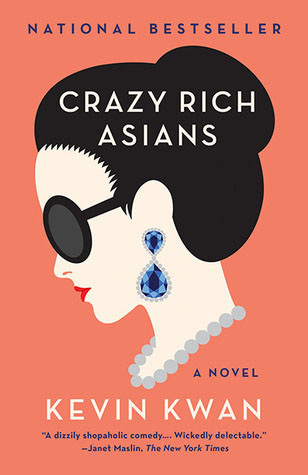 Crazy Rich Asians by Kevin Kwan is a light read, perfect for lounging by the pool. It was published in 2013, and the sequel China Rich Girlfriend was released in 2015. If your guilty pleasure is soap operas or romantic comedies, this book is for you. The novel is set in Singapore and gives readers a satirical inside look at the melodramatic lives of Singapore’s wealthiest families. Kwan has said the novel is loosely based on his childhood, and plans for a film adaptation are in the works.

The book perfectly depicts Singapore as flashy, worldly and high energy. It’s the busiest port in the world, a foodie’s paradise, and a shopping mecca. You’ll enjoy Crazy Rich Asians even more once you’ve experienced the glitz and glamor of Singapore for yourself. Azamara has many voyages planned to Singapore, and almost all itineraries feature a late-night departure or overnight stay. Browse them here. 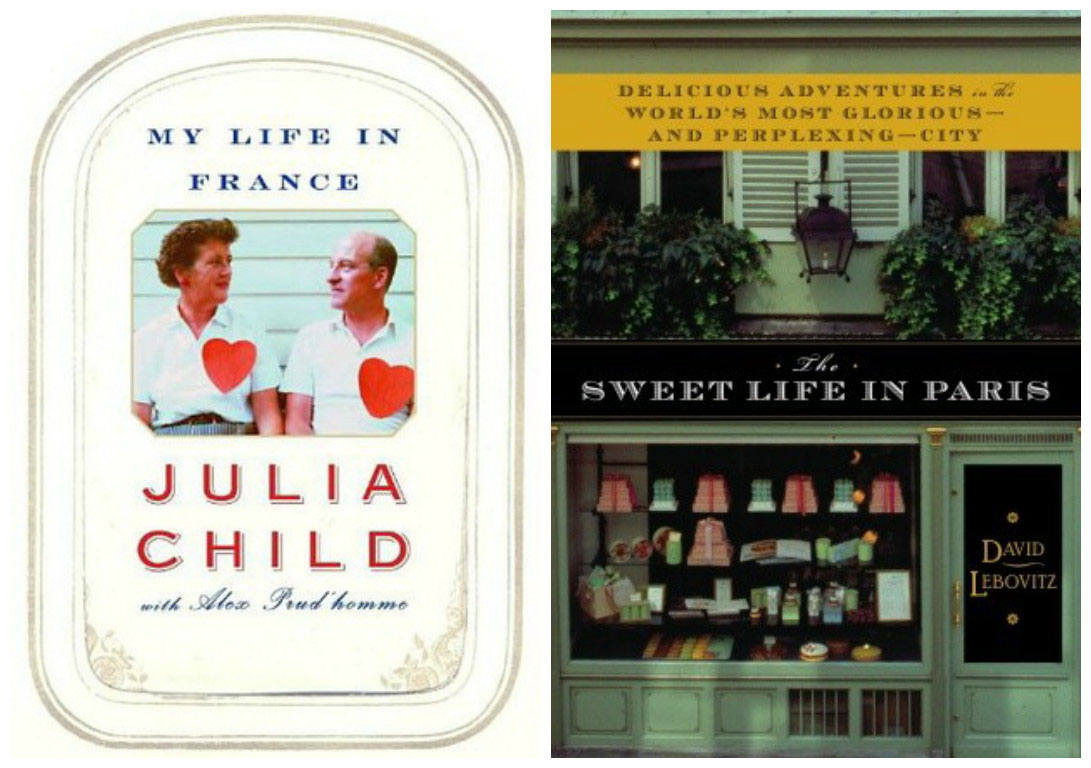 Ah, Paris. The City of Light makes a wonderful setting for a book, and there’s no shortage of options. When we think of Paris, we think of food – and two wonderful books written by American chefs living in France.

Julia Child’s autobiography, My Life in France, was published in 2006. It’s a collection of stories about Child’s life and loves – her husband, France, and food. Child’s stories mostly take place from 1948 to 1954, when she and her husband lived in Paris and Marseilles. In the book, Child writes "The sweetness and generosity and politeness and gentleness and humanity of the French had shown me how lovely life can be if one takes time to be friendly."

If My Life in France doesn’t make you want to move to France, it will certainly make you want to visit. Watching local fisherman auction off the catch of the day at the Marseilles port, exploring the surrounding area of Provence and tasting bouillabaisse (fish stew native to Marseilles) will instantly transport you to Child’s vivid world. This summer 2016 voyage includes a late-night stay in Marseilles.

The Sweet Life in Paris is similar to Child’s autobiography and gives readers an inside look at what it's like to live in Paris today. Written by San Francisco native and Chez Panisse pastry chef David Lebovitz, this memoir chronicles the author’s move to Paris in 1999. Lebovitz’s stories of acclimating to Paris will make you laugh, and his recipes (he shares one at the end of each anecdote) will make your mouth water.

In his book, Lebovitz writes "If you've ever walked through Paris at night, you can't help noticing that its beauty is magnified in the darkness; lights glow softly everywhere and frame the centuries-old buildings and monuments in spectacular ways."

Spend a few days in Paris before or after this voyage, sailing round-trip from Nice.

The God of Small Things by Arundhati Roy 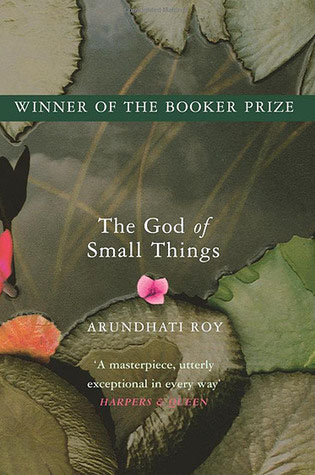 This novel by Indian writer and activist Arundhati Roy was her first and, so far, only novel. It won the Booker Prize in 1997, sold millions of copies worldwide and has been translated into 40 languages.

The novel is set in Kerala, India and shifts between 1969 and 1993. This book is a must-read for anyone visiting Kochi, India as it provides fascinating insights into life under Kerala’s communist government, the Caste system, and Kerala’s Christian community. It will inspire readers to learn more about this unique part of India, and perhaps plan a visit.

Kerala is now one of the most popular tourist destinations in India, known for ecotourism. In Kerala, you can enjoy a backwater river cruise, visit elephants, explore lush rainforests, relax on pristine beaches, and more. Azamara cruises to Kochi, the area’s major port. 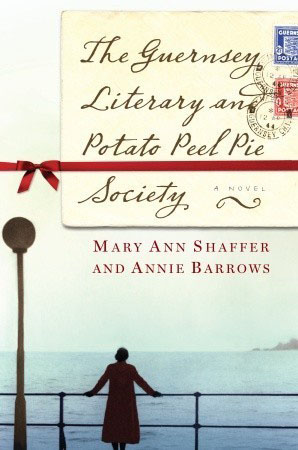 This novel, published in 2008, is set during World War II when the Channel Islands were the only British territories occupied by German soldiers. Written as a series of letters, it paints a beautiful picture of the windswept cliffs, fields of wildflowers and panoramic coastal views. "There are rolling pasture-lands, but they end suddenly at cliffs, and all around is the moist salt smell of the sea. As we drove, the sun set and the mist rose."

Today on the island of Guernsey, you’ll find plenty of reminders of the German occupation in museums, memorials, and fortifications. And if you think “potato peel pie” is part of the local cuisine, think again. St. Peter Port is brimming with restaurants and bistros serving fresh seafood and local produce. Azamara has several upcoming voyages calling on St. Peter Port.

The Shadow of the Wind by Carlos Ruiz Zafón 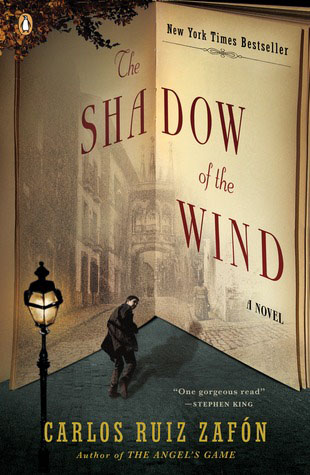 This worldwide bestseller was published as La Sombra del Viento in 2001 and was translated into English in 2004. Today, it has sold over 15 million copies worldwide. A prequel, The Angel’s Game, was released in 2008.

The novel is set in 1950s Barcelona when the young son of a widowed bookshop owner discovers a rare novel and becomes pulled into a thrilling mystery. This is the perfect novel to read during a day at sea, as you will not be able to put it down.

You can visit many of the book’s scenes in modern-day Barcelona, and some companies even offer walking tours themed around the book. As you stroll through the Gothic Quarter and meander down Las Ramblas, you’ll be able to experience the mystical atmosphere of Barcelona that Ruiz so eloquently captures in his writing. Browse all of Azamara's upcoming voyages to Barcelona here.

No Reservations: Around the World on an Empty Stomach by Anthony Bourdain 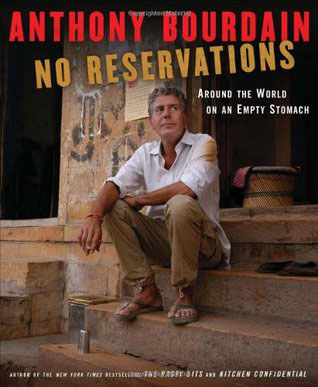 No Reservations is a companion to Anthony Bourdain’s popular television show, and should have a place on the bookshelf or coffee table of every travel lover. It features incredible photography from Bourdain’s many travels, highlighting the cuisines and cultures of some of our favorite destinations like New Zealand, Sweden, India, Malaysia and more.

This book touches on every corner of the world, and will inspire some serious wanderlust – and will probably make your stomach growl as well.

The Forgotten Garden by Kate Morton 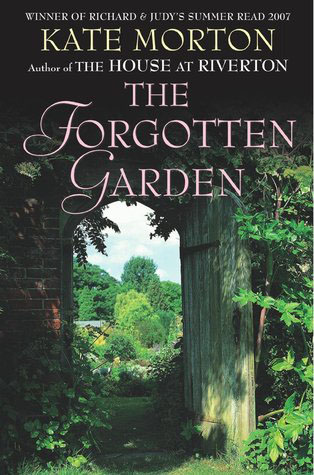 This 2008 mystery novel, by Australian author Kate Morton, tells the story of an abandoned child discovered on a wharf in 1913. It pays homage to Gothic novels and will appeal to fans of Jane Eyre, Wuthering Heights and another source of inspiration, The Secret Garden.

Morton paints a captivating picture of Australia, which will no doubt inspire readers to plan a visit. The presence of ships and ports in the novel will make it of particular interest to cruisers! The Forgotten Garden is a lengthy read, perfect for a long voyage like these 18-Night voyages in 2017 and 2018. 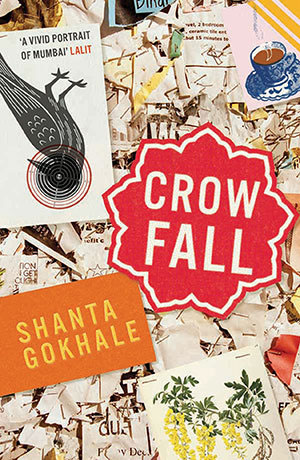 Crowfall paints a colorful portrait of Mumbai by following the lives of a group of artistic friends for a year: a journalist, a teacher, a musician and three painters. The novel, published in 2013, depicts the clash of old and new in modern-day Mumbai and tells a unique story of Mumbai's middle-class.

Gokhale herself is an Indian writer, columnist and theater critic. Now in her seventies, she writes with an authority on India’s history and culture. Not only is her novel captivating, it will also help travelers view Mumbai in a new light. You can cruise to Mumbai in 2016 on this voyage.

The Summer Book by Tove Jansson 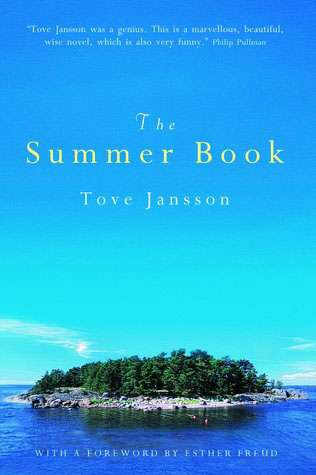 Although Finnish author Tove Jansson wrote The Summer Book in 1972, it was not released in English until 2003. The novel, set on a small island in Finland, tells the story of the summer an elderly artist spends with her six-year-old granddaughter. The book opens with a beautiful description of the setting: "It was an early, very warm morning in July, and it had rained during the night. The bare granite steamed, the moss and crevices were drenched with moisture, and all the colors everywhere had deepened. Below the veranda, the vegetation in the morning shade was like a rain forest of lush, evil leaves and flowers."

Jansson was famous for her children’s literature, and The Summer Book is one of just ten fiction works she wrote for adults. The novel depicts the sweet simplicity of summer in Scandinavia. The Summer Book is ideal summer reading, and Scandinavia is a beautiful summer cruise destination. The two go hand-in-hand. Click here to browse upcoming voyages to Finland.

The Vacationers by Emma Straub 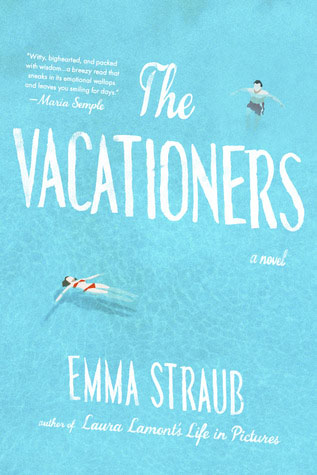 This book is aptly named to inspire wanderlust! To read The Vacationers, you should either be on vacation or book one right away.

The Vacationers was published last summer but has more wit and insight than your typical beach read. The novel tells the story of a less-than-perfect family on vacation in a picture-perfect setting: the sunny Spanish island of Mallorca.

In the book, Straub describes Mallorca as “summer done right”, home to “gnarled olive trees and spiky palms” as well as mountains, beaches, and cloudless blue skies. Her descriptions of afternoon naps, long dinners, and spectacular sunsets will inspire you to move Mallorca to the top of your travel bucket list.

Did we miss a great wanderlust-inspiring book? Tell us your favorite!

Have you ever seen a movie and immediately felt a sense of wanderlust? Stunning locations and exotic adventures don’t just