Immersing our Senses in Patmos, Greece

Home/Blog/Immersing our Senses in Patmos, Greece
Guest Posts
By Guest Blogger on Tuesday, June 23, 2015
Share The Destination Immersion® Experiences Blog
FacebookTwitterLinkedinPinterest
Note: This is a special feature post from Mark and Dale from Meet Me OnBoard, the largest gay cruise community online. Azamara is a proud partner with Meet Me OnBoard.
Among our stops on the Azamara Journey, Patmos—a Greek island—is a place we felt the ship had taken us on a journey back in time. We learned that the island’s history reaches into Greek mythology of the seas: Neptune, God of the Sea, was said to have been the first to set foot on Patmos. Mere mortals arrived somewhere around 3,000 BC. Around 4,000 years later, in 1,088, an awesome Orthodox monastery was built. 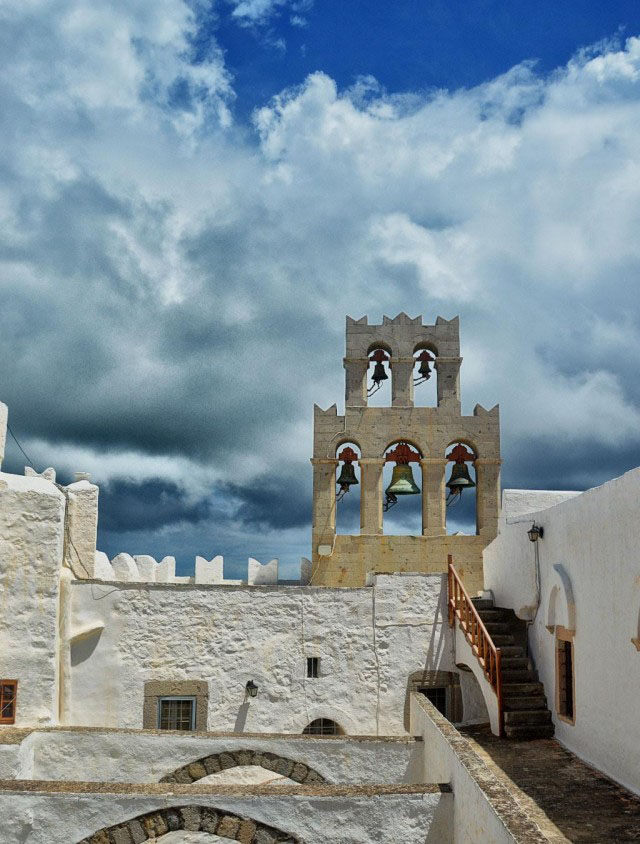 Everything about our cruise on the Azamara Journey has been an immersive feast for the senses, and visiting an ancient, still-operating monastery on Patmos engaged all our senses.
For us—as lovers of interesting music—it was our ears that got the main course. While exploring the hilltop Monastery of St. John the Divine, we discovered that modern monks still chant as part of their daily ritual. Hearing them chant while we walked the narrow corridors was a special treat. 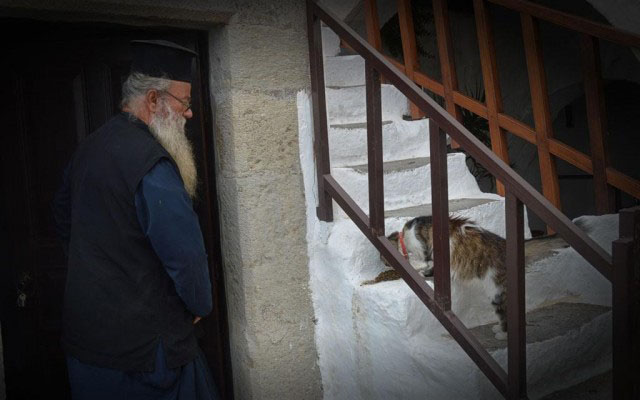 (St. John the Divine was the man who is said to have received the biblical book of Revelation in a cave—now a chapel—halfway up the hill to the Monastery).
The monastery features narrow stone spiral staircases, bell towers, a domed oven, and a museum’s-worth of ancient art and icons. We had a true sense that Azamara Journey had delivered us to another period in time. 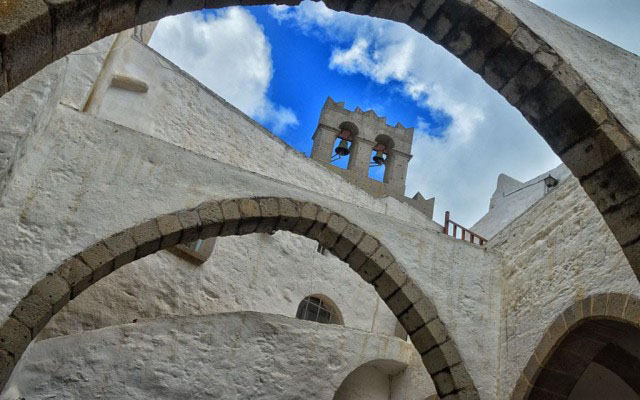 Whether religious or not, visiting a place like this is a reminder of the lengths people have gone for their beliefs. We listened for whispers from the walls—wondering what they’d say if they could talk—there’s certainly been more than one gay monk in the world.
Set atop a hill, the still-functioning Orthodox monastery can be reached by bus, taxi, or on foot by the hearty traveler. Surrounded by the old town of Chora, and with a commanding view of the island and the harbor, this is a “don’t miss” UNESCO world heritage site.
Share The Destination Immersion® Experiences Blog
FacebookTwitterLinkedinPinterest
Recent Blog Posts:

5 Mediterranean Azamara Ashore Land Experiences We Are Excited About

There’s a reason the Mediterranean is one of cruising’s hottest destinations year after...