A Conversation With Amanda Poulson

Azamara Cruise Director Amanda Poulson knew from a young age she was destined to travel the world. After all, throughout her childhood, she lived everywhere from Italy to England to America. She toured as part of children’s theatre production, spent five years in New York City doing cabaret and dancing with the Broadway Dance Center, and even started her own musical theatre company. Eventually, she found her way to the ocean, where she’s been singing, dancing, and putting smiles on faces for more than a decade. 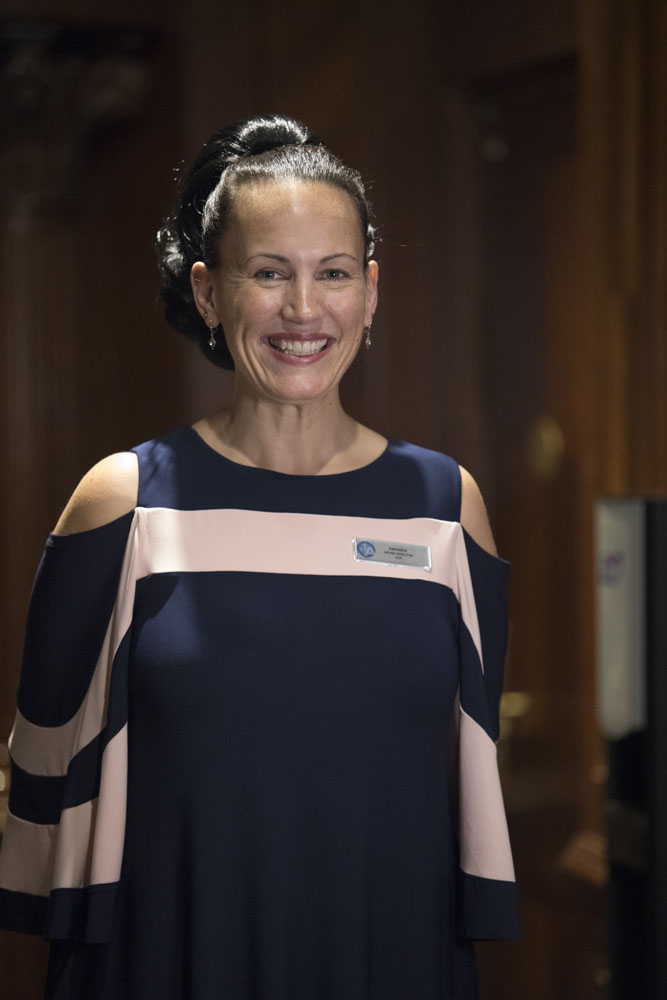 An artist at heart, Amanda was more than happy to share her favorite books, movies, and poems — among other things — during a recent conversation with us. Get out your must-see and must-read lists, you’ll want to add these classics right away.

How could you possibly choose one favorite book? There are just too many unforgettable stories out there waiting to be read! That’s why Amanda offered two different categories of books: classic and contemporary.

For the classics, Amanda told us her favorite book is Pride and Prejudice. For more than 200 years, this Jane Austen novel of manners has delighted readers around the world. And with more than 20-million copies sold, it’s one of the most popular books in the history of English literature. The novel follows the story of Elizabeth Bennet as she struggles to find a suitable husband while navigating 19th-century social conventions, as well as her own occasional lack of self-awareness. Funny, charming, and iconic, Pride and Prejudice is a novel for the ages — and one we suspect people will still be talking about another 200 years from now.

As for contemporary books, Amanda thinks you can’t go wrong with Bridget Jones’ Diary. Interestingly enough, Bridget Jones’ Diary, the 1996 novel by Helen Fielding, is a modern reimagination of Pride and Prejudice. The story follows Bridget Jones, a single woman living in London, as she navigates romantic relationships, as well as society and her place within it. Sound familiar? Of course, it’s not exactly the same. As the title suggests, Bridget Jones’ Diary is written as a series of personal journal entries, which gives the novel a unique perspective on the events it depicts.

Our suggestion? Read both of these classics as part of your next virtual book club and discuss the similarities and differences. Or, simply enjoy two iconic novels by fantastic female authors.

Much like her books, Amanda couldn’t choose just one movie. After all, if you’ve ever seen her on board, you might think you’re on a ship in a galaxy far, far away. That’s because Star Wars is such a huge part of Amanda’s life! “Any guests that know me know that I’m a Star Wars freak! When I take the stage, my theme song is the Star Wars theme, and I’m usually wearing some sort of Star Wars jewelry in all of my outfits on the ship” So, which Star Wars movie is her favorite? Well, you’ll need to use a Jedi mind trick to get that information, because she’s not saying!

But thrilling space sagas aren’t Amanda’s only movies of choice. She also loves the 1992 classic, Strictly Ballroom. The directorial debut of Baz Luhrmann, Strictly Ballroom is considered the first of three in his “Red Curtain Trilogy” — which also includes Romeo + Juliet and Moulin Rouge.

Strictly Ballroom follows the story of Scott Hastings, a talented ballroom performer who dances to his own beat. As he struggles to find his personal dancing style, he pairs with a beginner named Fran. With his maverick moves and her eagerness to learn, the two dance their way to the stuff of legend! This movie is funny, romantic, and filled with incredible choreography. It also gives viewers a glimpse at the beginnings of Baz Lurhmann, who would go on to become the most commercially successful Australian director of all time, with a career spanning film, television, pop music, theatre, and even opera.

When we asked Amanda about her favorite poem, she immediately said The Giving Tree by Shel Silverstein. This is one poem that is no stranger to controversy. The Giving Tree tells the story of a boy and an apple tree and how their lives intertwine throughout the decades. On the surface, it sounds like a lovely poem (and make no mistake, it is!), but since it was first published, debates have raged over whether the interactions between the boy and the tree are positive or negative. Is the tree a selfless provider for the boy? Is the boy taking advantage of the giving nature of the tree? Is the poem about the relationship between humans and nature? Over the years, there has been a great deal of debate over its central metaphor. Like all good art, it entertains and encourages you to reflect, ask questions, and consider its intentions.

Of course, it’s also wonderfully written, which is no surprise, given Shel Silverstein’s impressive body of work. Silverstein has writing credits on everything from TV and film to theatre and music — including one of Johnny Cash’s biggest hits, A Boy Named Sue. 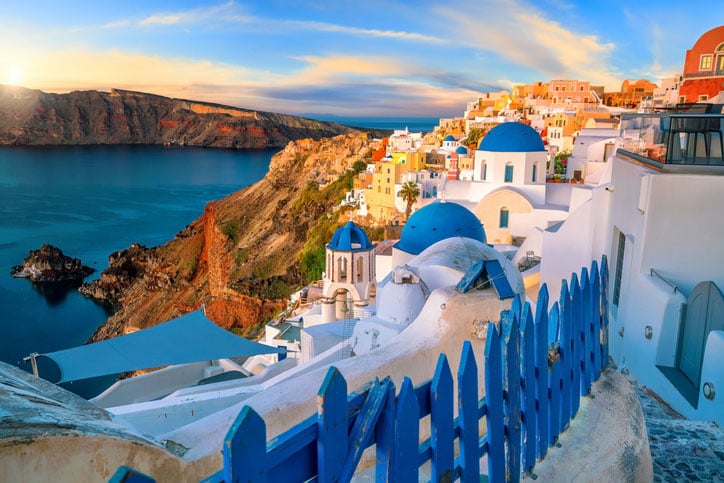 Much like her favorite books, Amanda has different categories for the ports she loves. “As a crew member, I love Southampton, England,” she says. “There’s lots of fantastic shopping, and running errands is so easy and affordable.” However, if she’s not traveling for work, but for pleasure, it’s a different story. “As a traveler, I really enjoy Santorini, Greece — it has everything. It’s visually stunning, and the history at the ruins of Akrotiri is overwhelming. I love Greek food and have a favorite restaurant I like to visit. I’ve also had the opportunity to go scuba diving there. Believe it or not, the views under the water are almost as good as the views on land.”

Much like Amanda, we’re looking forward to traveling to Santorini again soon, and we’d love it if you joined us.

During our conversation, Amanda mentioned many of her memorable Azamara moments to us. And while she’s had many magical experiences onboard, it was easy for her to narrow things down when we asked her to choose just one. “Being on the Bridge of the Azamara Pursuit for our first Passenger Boat Drill on our very first voyage. It was so exciting to be a part of something so momentous!”

Perhaps that moment will be rivaled when we once again set sail? We hope to find out soon!

We’d like to thank Amanda Poulson for chatting with us, and we’d love to hear all about your favorite movies, books, and poems! Be sure to share them with us on Facebook, Instagram, and Twitter. And to stay up-to-date on the latest news, be sure to sign up for our email newsletter.