Check just about any avid traveler’s bucket list, and you’ll find sunny Australia near the top. A country that’s also an entire continent, this proud nation has cultivated a unique culture and become a must-visit destination for travelers with a taste for pure exploration. And while the charm of the Australian people is undeniable, the wildlife that inhabits its land, water, and skies is what truly makes it stand out as a travel hotspot. Kangaroos and koalas are some of Australia's most iconic animals, but a whole new menagerie is yours to discover when you go beyond the surface on a shore excursion with us.

Ready to learn about some of the fascinating animals that call Australia home? Read on to discover the captivating creatures you should keep an eye out for on your journey! 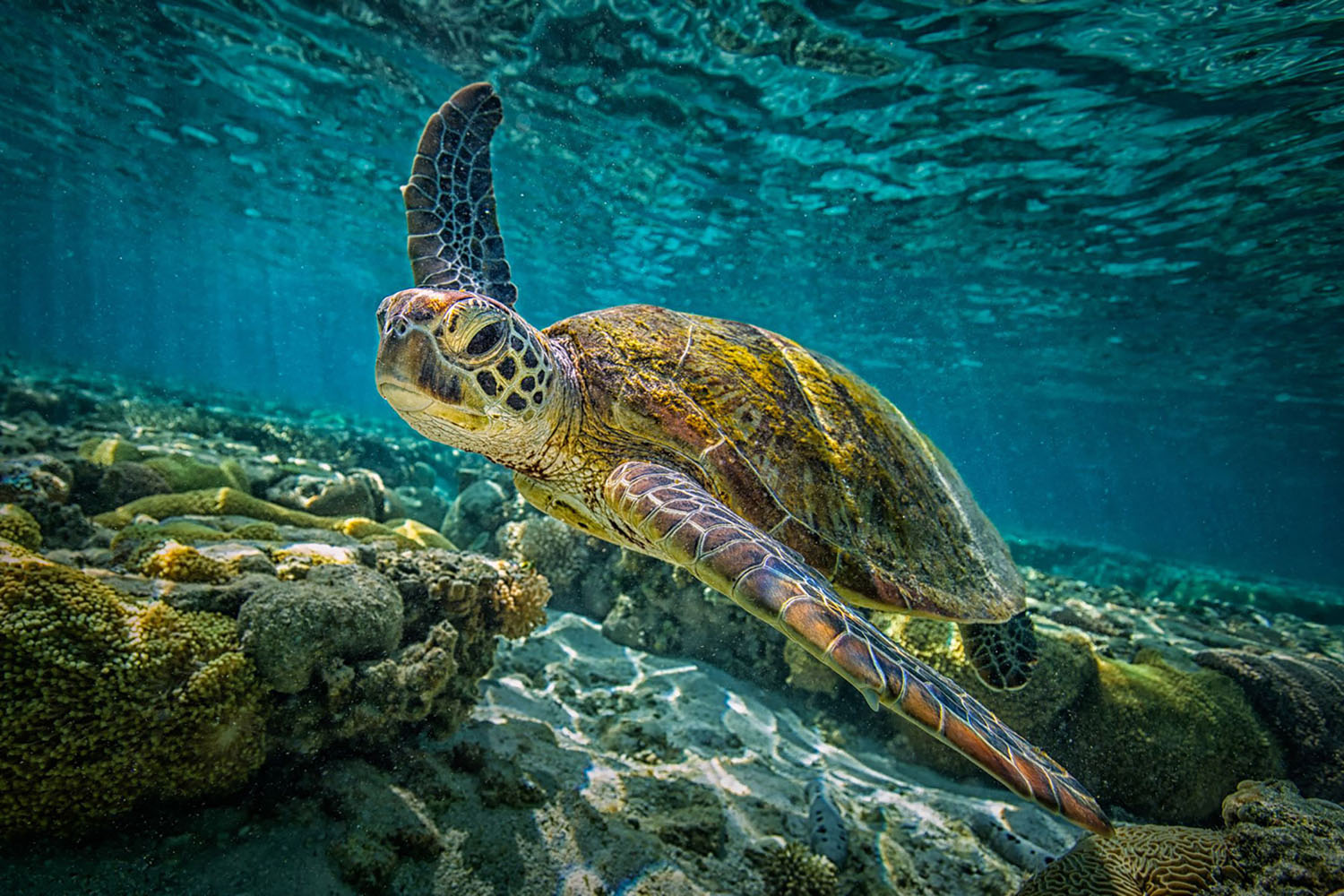 Pristine coastlines and turquoise waters come to mind when one dreams of an Australian getaway. The diverse wildlife that populates the lakes, rivers, and ocean waters is more than worth your consideration as well. In fact, the inhabitants that call the waters of Australia home are some of the most intriguing in the world.

Two species of crocodiles can be found across Australia, the mighty saltwater and agile freshwater. “Freshies” are the more mild of the two, from the human perspective. They grow to about nine feet in length and will usually mind their own business unless provoked. Saltwater crocs on the other hand can grow to nearly 23 feet long, and aren’t nearly as friendly, so it’s advised you be “croc-wise” when admiring these beasts.

Make sure to visit Darwin on your journey, where you can find the famous jumping crocs of the Adelaide. These giant, athletic reptiles inspire awe as they completely clear the water to snatch their food––an impressive sight to behold! 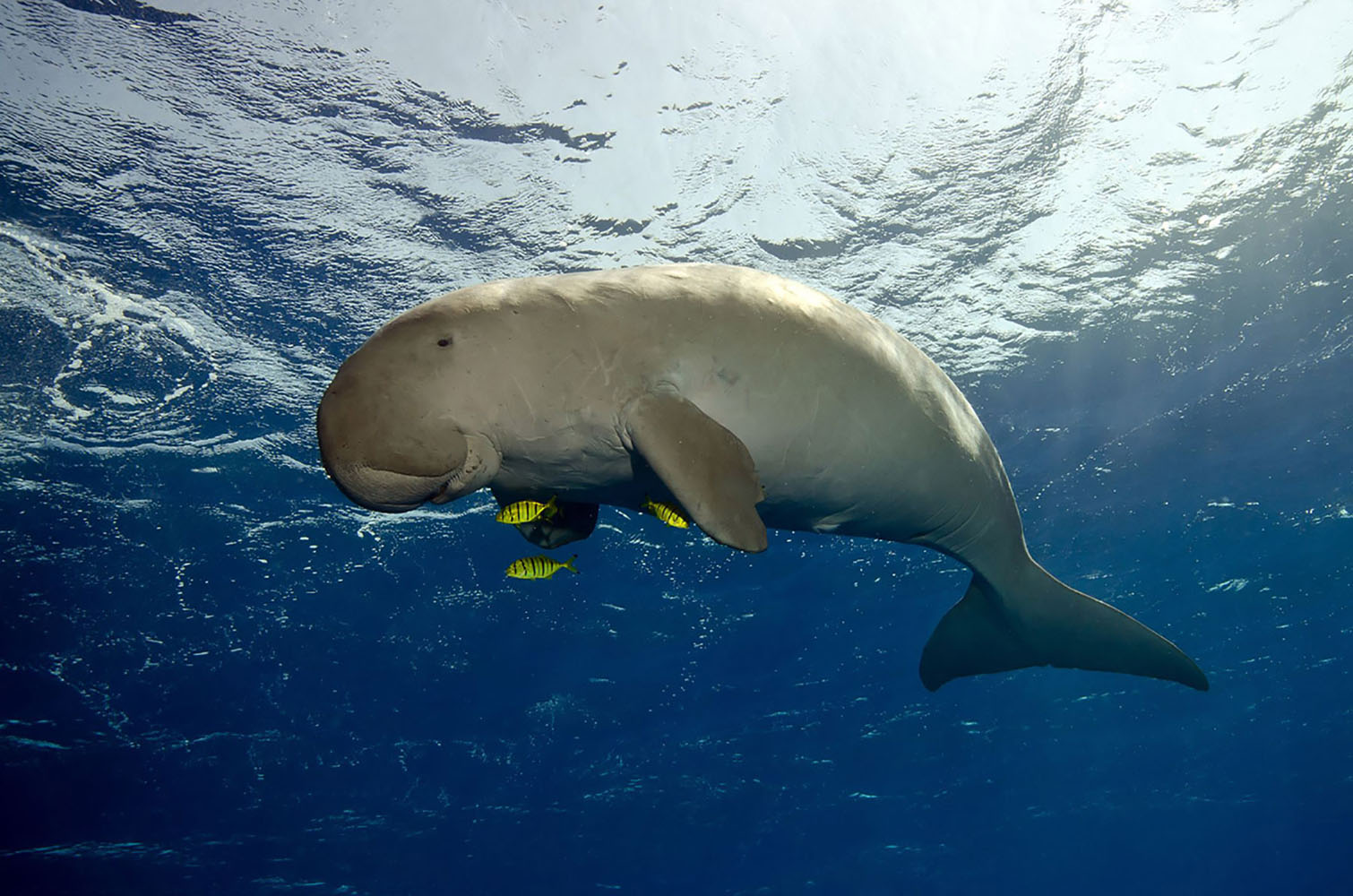 Meet Australia’s gentle coastal mammal, the Dugong. Abundant and protected in Australian waters, this bulbous herbivore prefers to live a quaint life in wide, shallow bays. Like a cow in water, the distinctive-looking Dugong plays at its own pace, usually swimming at a mere 6 mph, a relaxed speed relative to other aquatic creatures their size. Given the right conditions, a Dugong can live to be 70 years old. 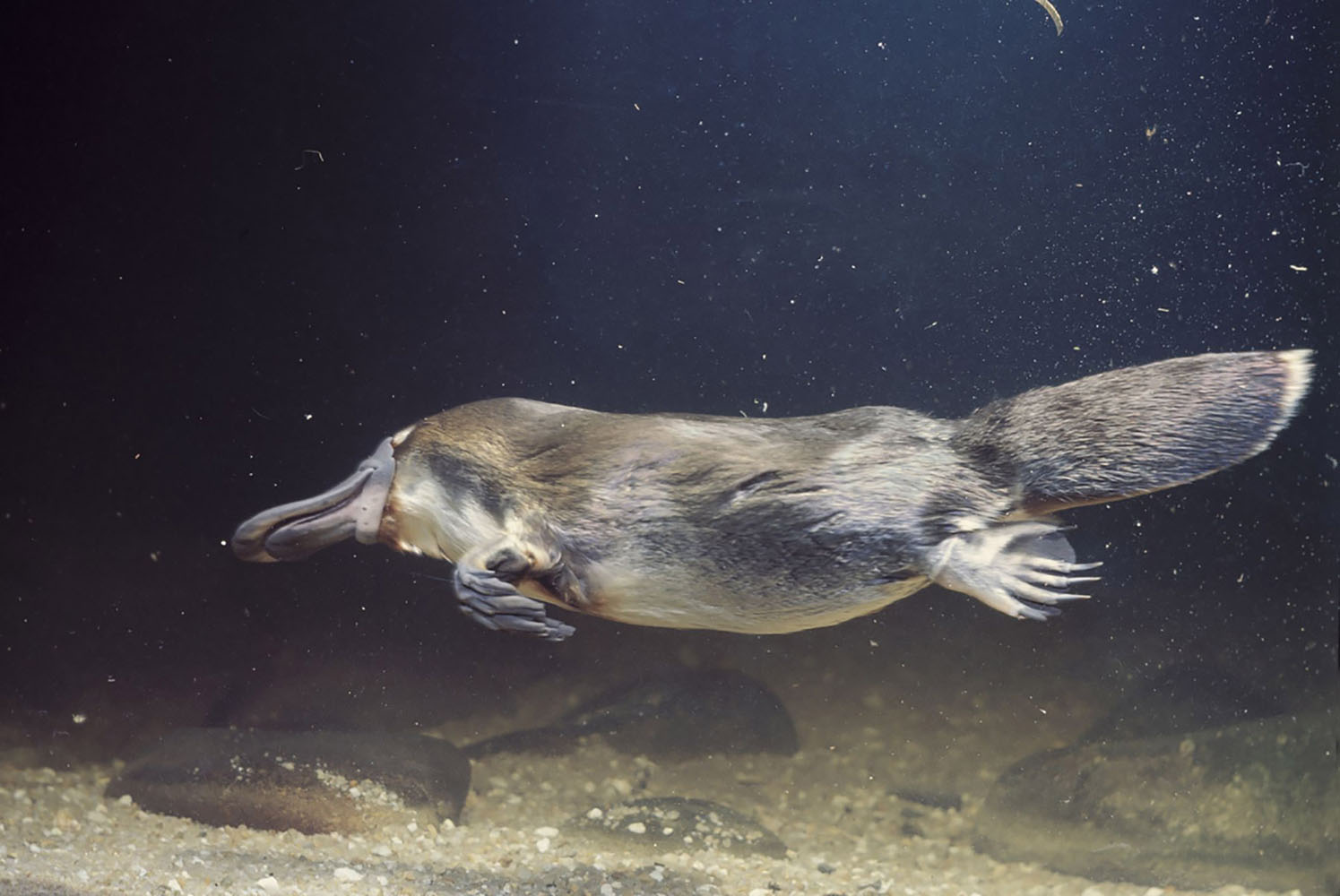 With an unusual appearance that fits somewhere between a duck, beaver, and sea otter, the platypus is a semi-aquatic inhabitant of the Australian animal kingdom. While this hybrid creature may be a world-class swimmer, it would rather spend most of its time relaxing, sleeping for about 14 hours a day. Sail to Australia with us, and we’ll take you on a eye-opening day exploring the rainforest before visiting Australian Platypus Park on Tarzali Lake, where you may stumble upon a platypus doing what it does best––lounging on a lily pad living its best life.

Spectacles in the Sky 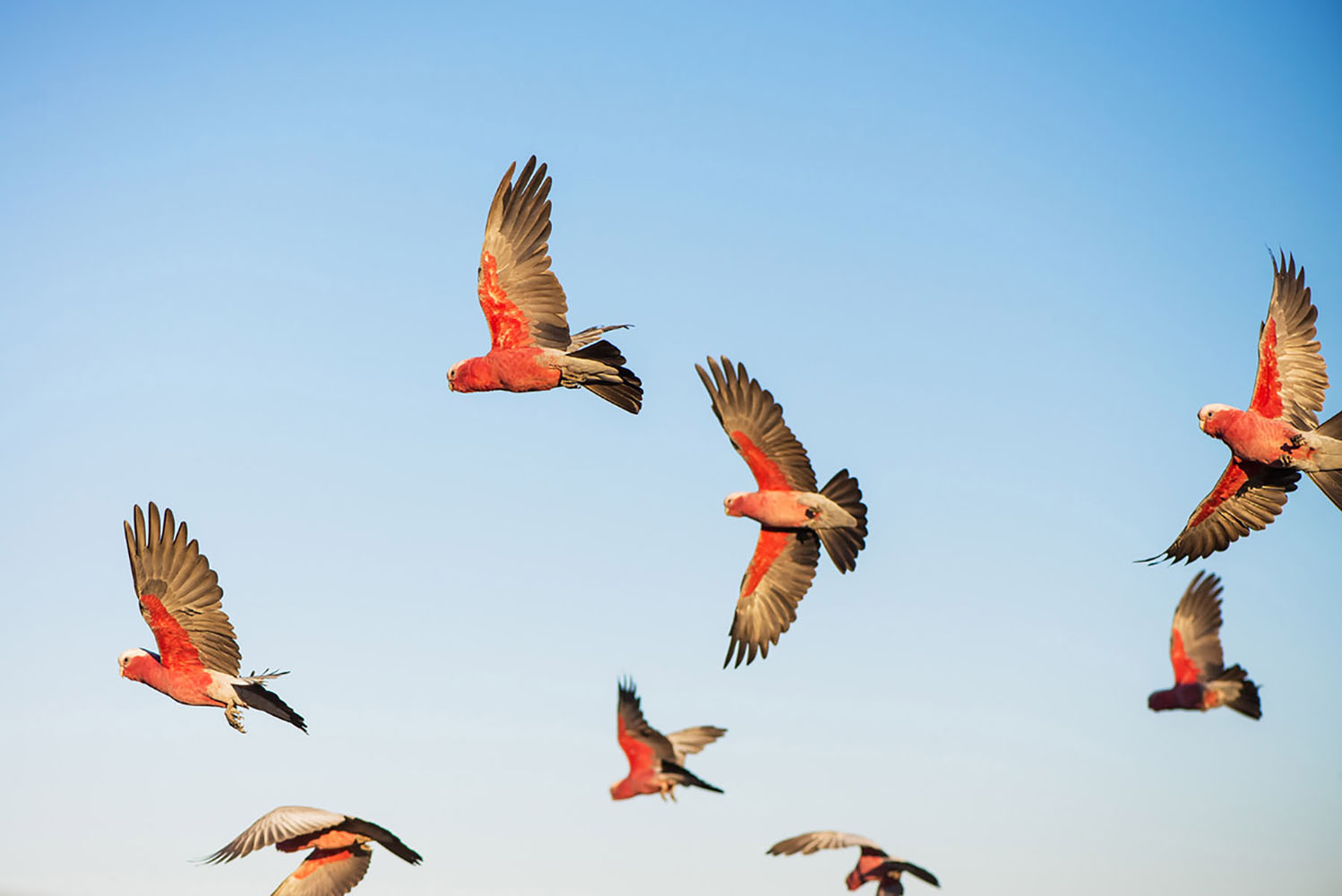 Simply look up in Australia, and you’re likely to spot a bird unfamiliar to your eyes. Listen, and you’ll hear songs and calls that sound symphonic and foreign. If you’re hoping to add to your birdwatching catalogue, an adventure to Australia is a must.

Often referred to as the “Land of the Parrots”, Australia is home to an array of these beautifully bright and boisterous birds. With about 56 species of parrot sprinkled across the skies and trees of the land down under, it’s easy to spot plenty of them throughout your travels. 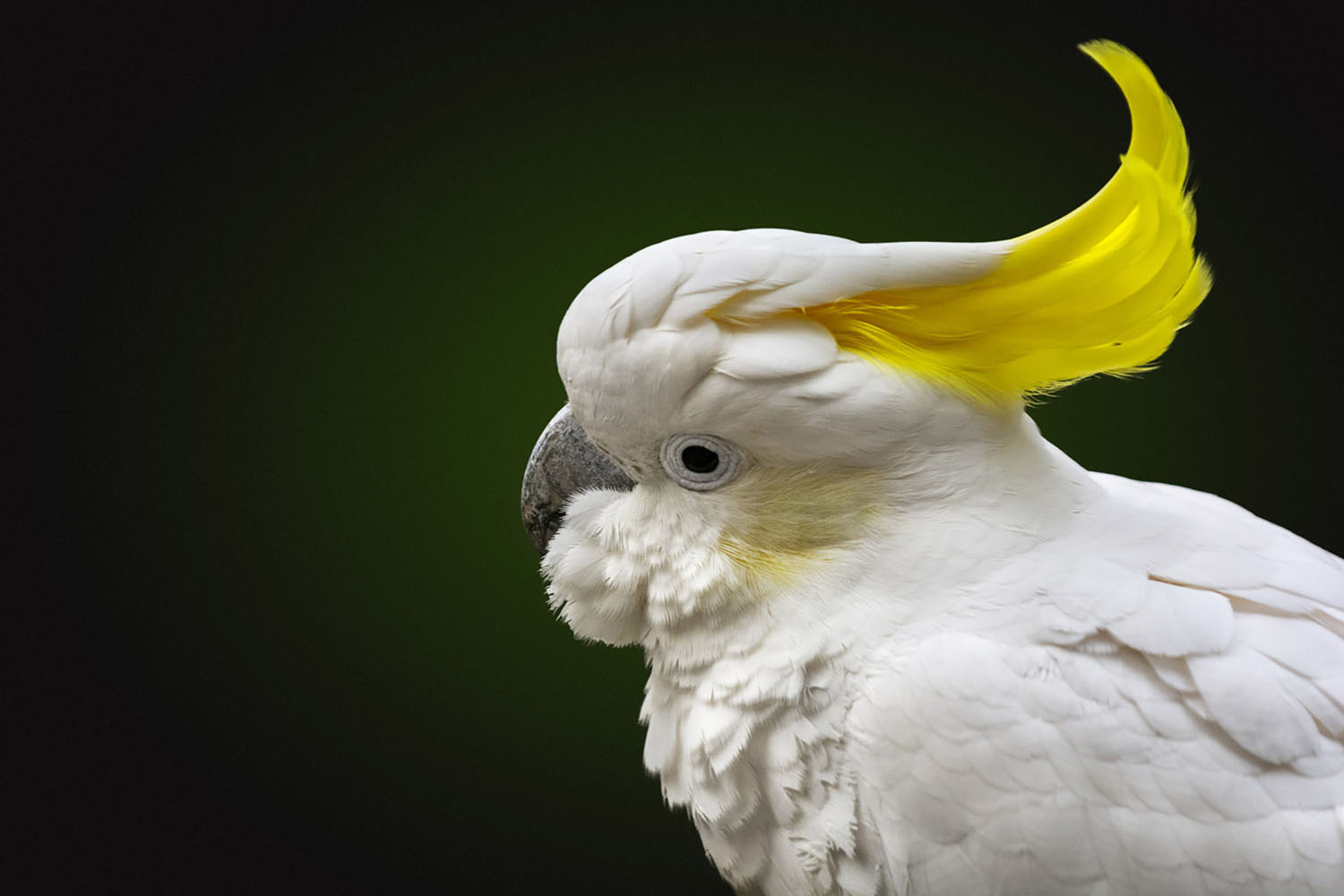 We have some favorites in the parrot community for you to keep an eye out for. The highly-intelligent white sulphur-crested cockatoo can be easily spotted in northern and eastern parts of the continent. They’re so common in fact, that locals barely give them a second glance, but they’ll certainly catch your eye! 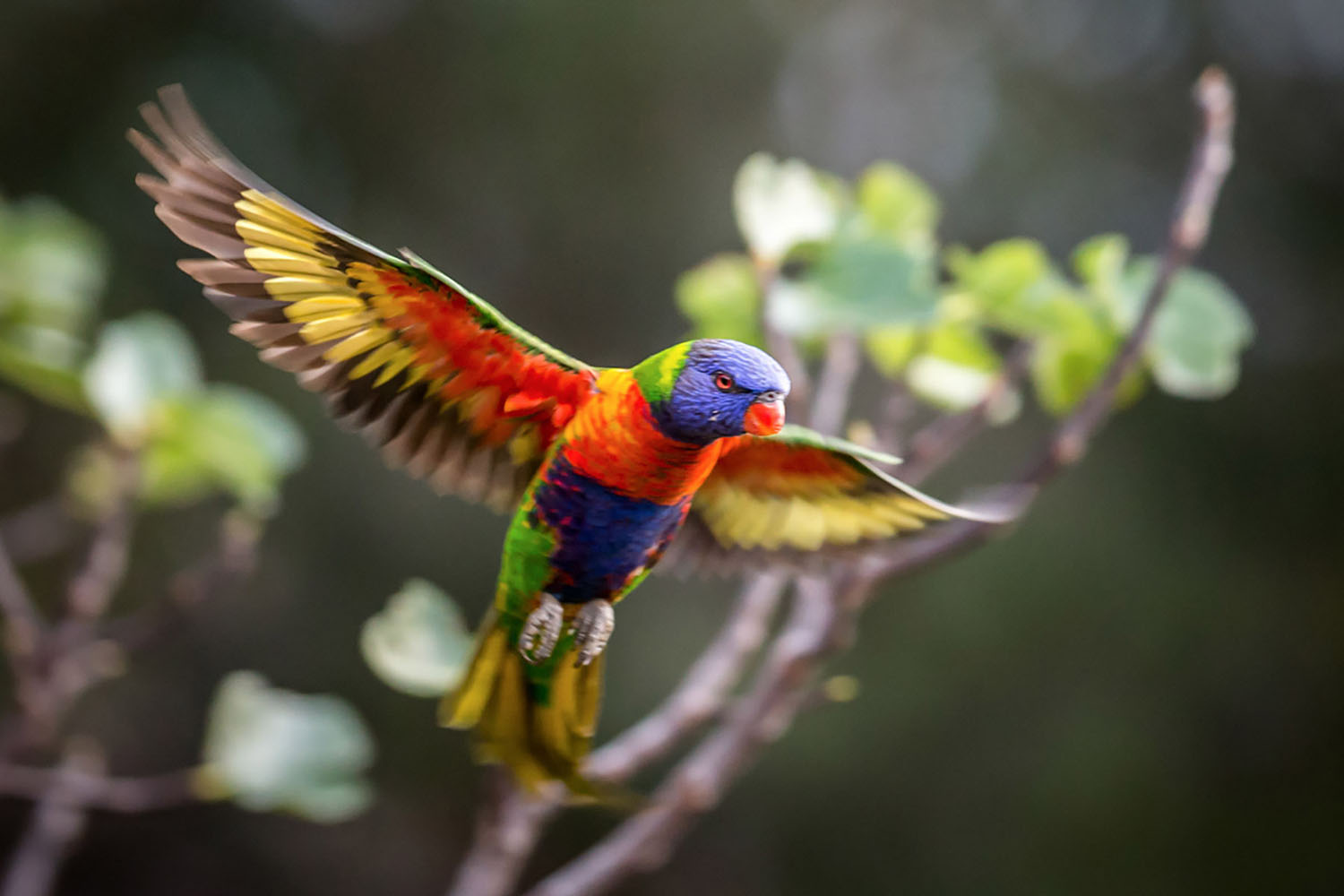 The vibrant rainbow lorikeet looks as you might expect: a beautiful blend of brilliant feathers with striking red eyes. Common along the eastern coast, these parrots are a visual treat. 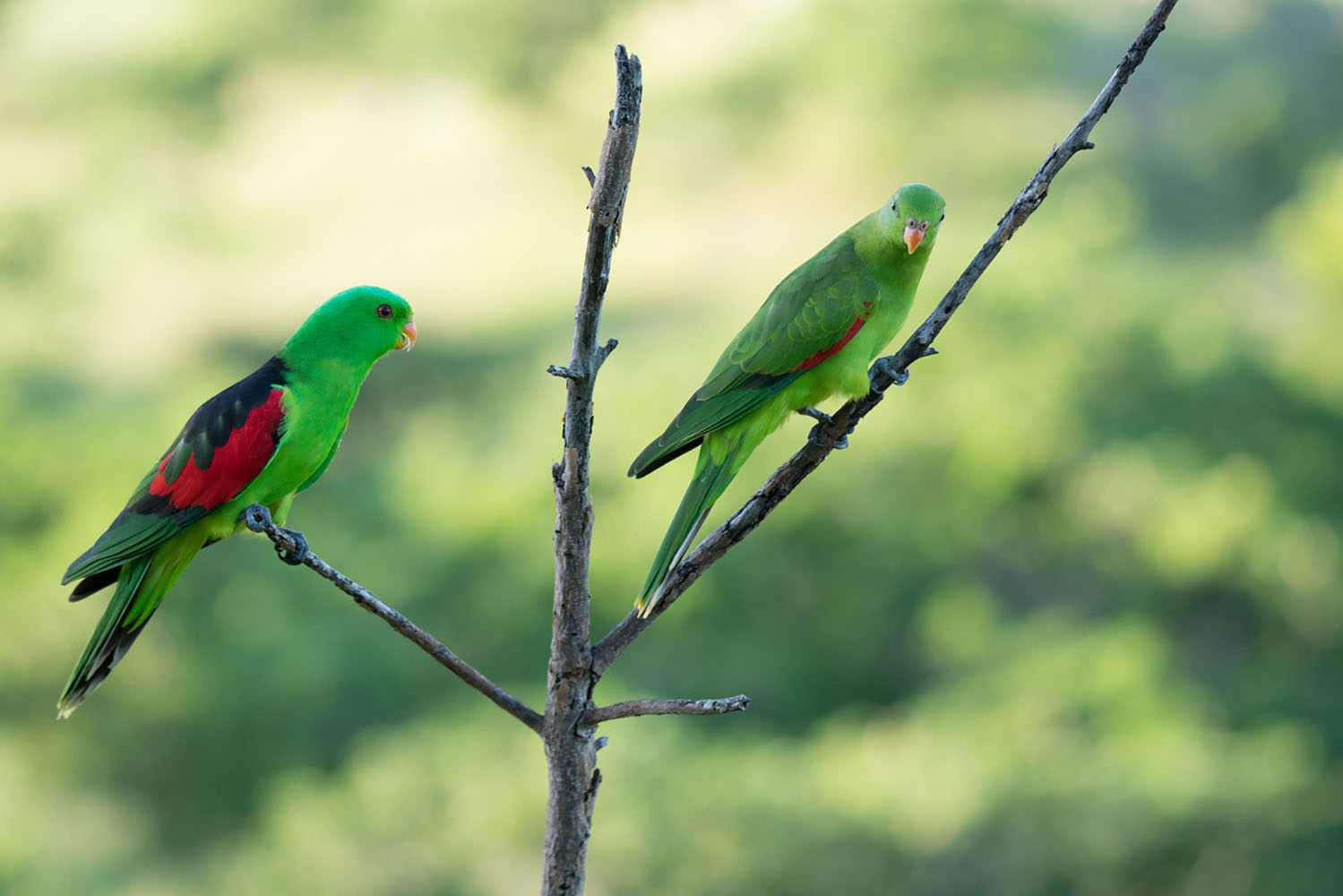 Finally, the red-winged parrot, found in grasslands, savannah, farmland, and woodland contrasts a bright green body with dazzling red wings. Not uncommon in the wild, this bird is another fine example of winged wildlife in Australia. 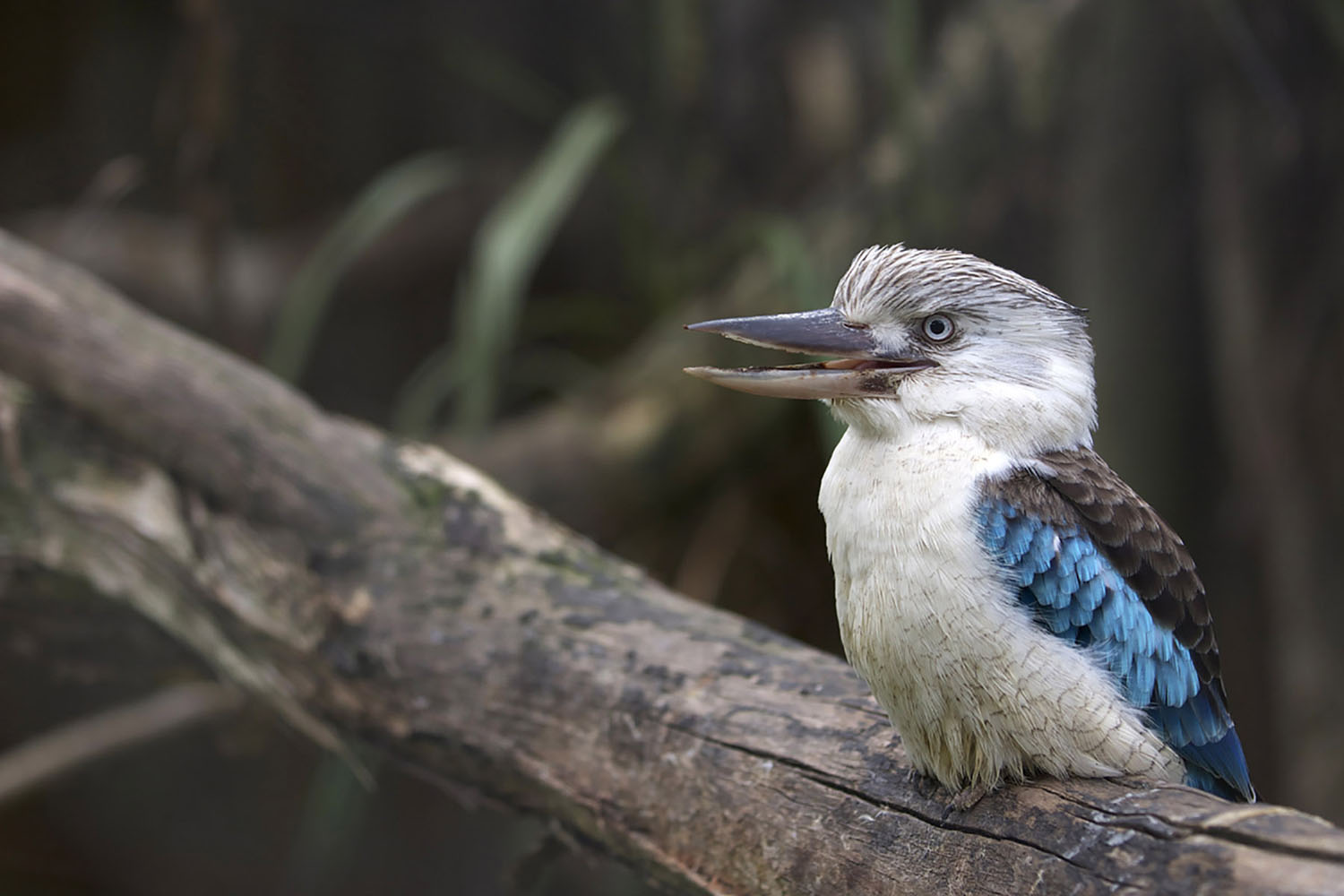 Usually heard before it’s seen, the laughing kookaburra sounds exactly how you might think. The largest member of the kingfisher family, this comical bird spends dusk and dawn laughing amongst its family members, causing quite a stir. If you’re within earshot of a cackling group of kookaburras, you may find yourself startled––but don’t worry, the laughter is just a territorial cry to ward off other family groups, as these feathered comedians perch in the same area of the Australian bush for upwards of a year. The laughing kookaburra is not just committed to the joke––adults mate for life and families stay together for years. 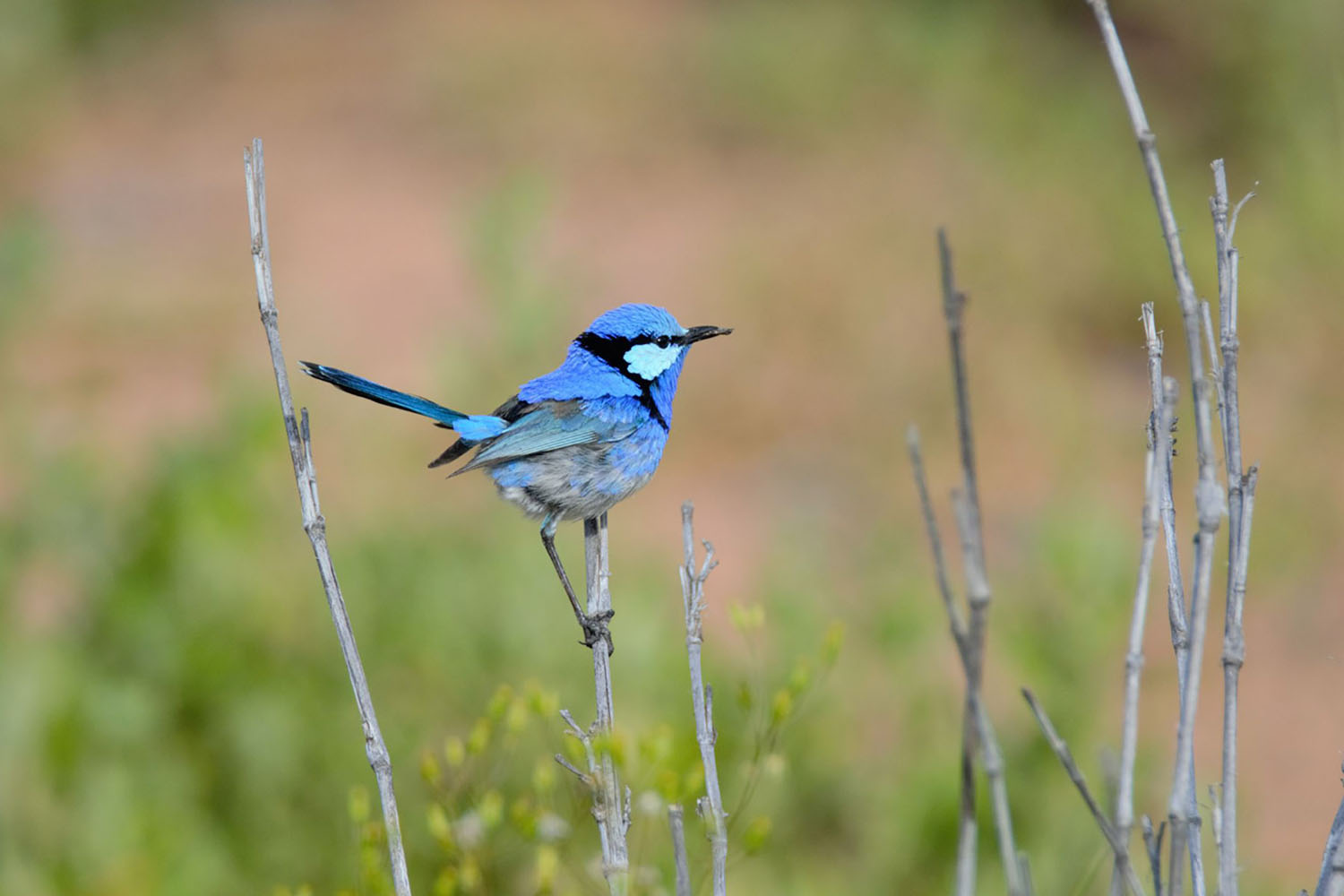 In stark contrast to the laughing kookaburra’s call, the splendid fairy-wren’s song is a crowd pleaser—rangy and versatile like a classically trained vocalist. Found across most of the continent, this small, long-tailed bird is revered throughout Australia for its beauty. Watching the fairy-wren leap from tree branch to tree branch singing its delightful melodies is a birdwatcher’s dream.

From cities like Melbourne and Sydney, to the expanses of the outback, Australia is filled with native creatures that have carved out their niche in the vast ecosystem. The range of animals that exists ensures that each place you visit will hold its own wild wonder. 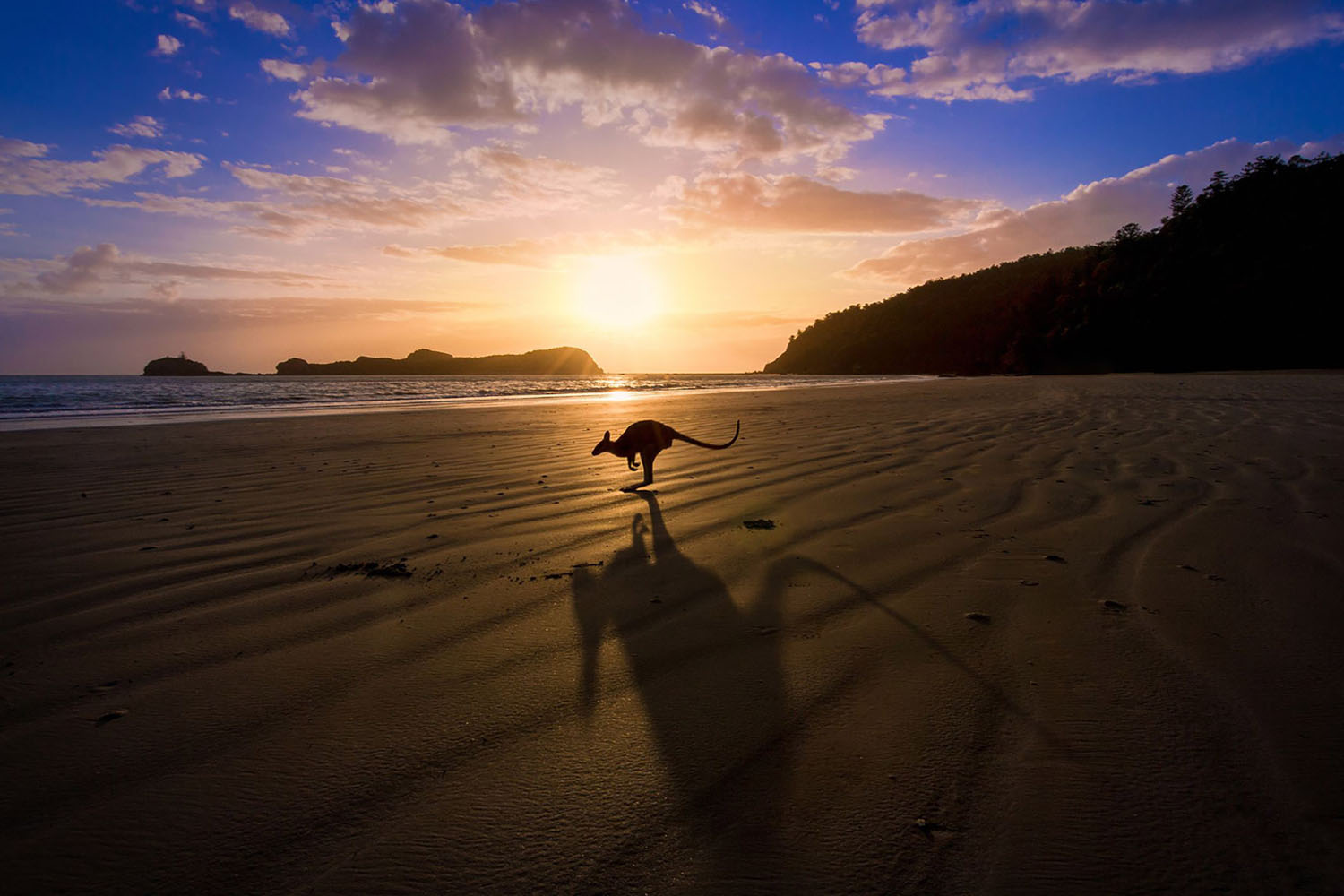 A true leaper, the kangaroo is the only animal on Earth that uses hopping as its means of locomotion. In fact, the quick and bouncy kangaroo population has actually managed to outnumber the amount of people on the continent, making this marsupial an easy choice to feature on postage stamps, coins, and even airplanes. If you’re traveling to Australia, you’re bound to run into a few ‘roos, especially if you take a trip to Serendip Sanctuary during a stop in Melbourne. 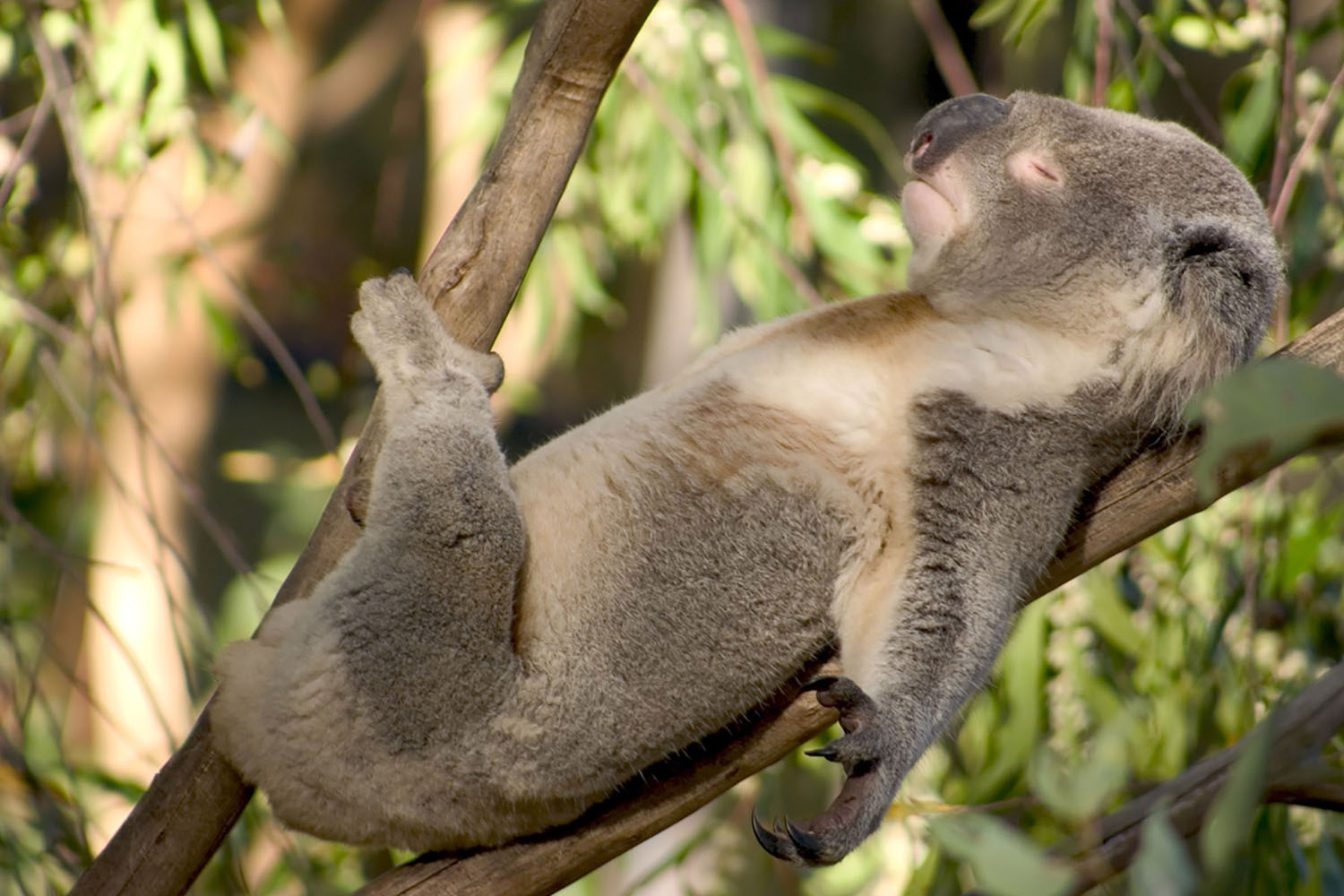 Arguably Australia’s cutest marsupial, koalas can be spotted in the trees of the east coast. They sustain themselves on a diet of eucalyptus leaves, so much so that they actually smell like the fragrant vegetation. Their relationship with the eucalyptus tree runs so deep in fact, that they actually live in the them, spending around 19 hours a day sleeping amongst the branches. Want to see some adorable koalas lounging for yourself? Visit the Taronga Zoo when you visit Sydney. 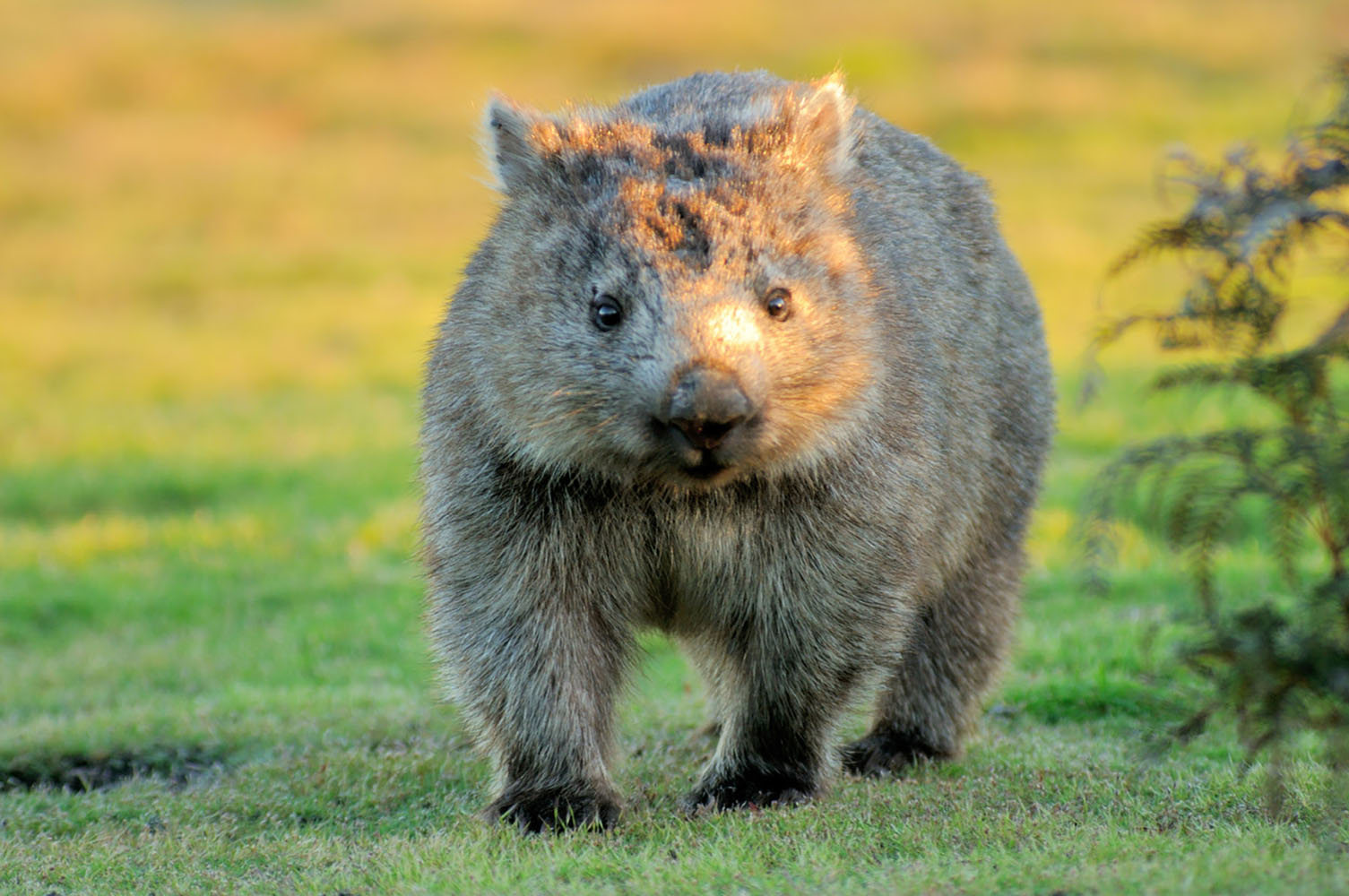 Native to Australia, these burrowing herbivores are an evolutionary anomaly. Strong and stout, the wombat barrels through the ground, building extensive tunnels that they inhabit throughout the day. And unlike any other animal, the wombat’s pouch for carrying its young is positioned on its back to avoid any dirt kickback while digging. While the wombat may look a little stubby and slow, don’t be mistaken––when threatened, this ground-bound marsupial can reach speeds of up to 25 mph! 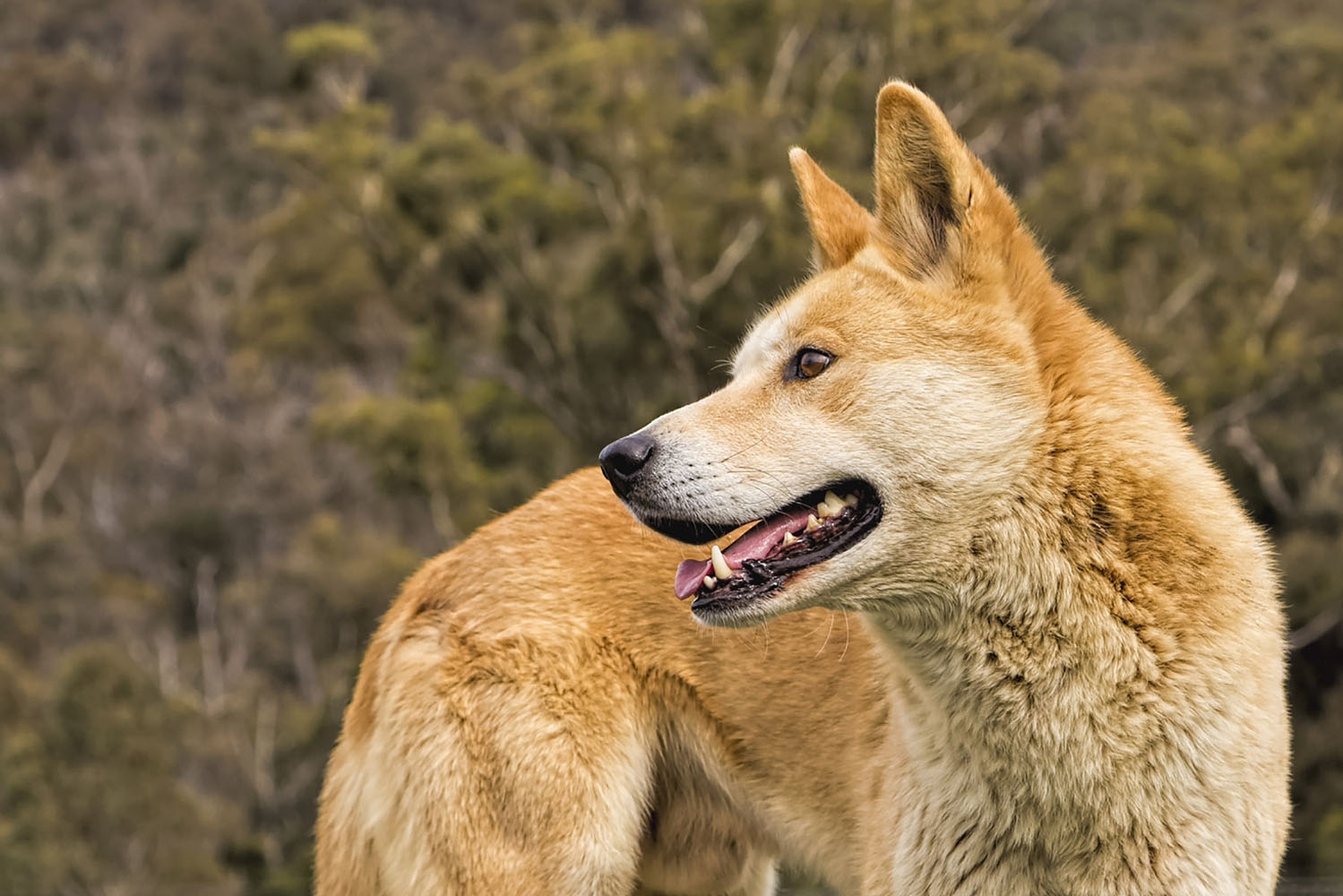 In the 1988 film Evil Angels, Meryl Streep plays the Lindy Chambelain-Creighton, whose real-life child was taken from her in a 1980 dingo attack. In the film, Streep exclaims, “A dingo took my baby!” Since then, dingoes have been globally recognized as an authentically Australian animal, especially after countless references in American pop culture. Arriving to the continent 4,500 years ago, dingoes can be found all throughout mainland Australia, in a range of different habitats. While the Dingo may remind you of your friendly domesticated dog at home, these canines have developed into a formidable predator in the Australian food chain. In fact, they have become so numerous throughout Australia that many locals consider them a pest, as they’re known to disrupt farm activities. 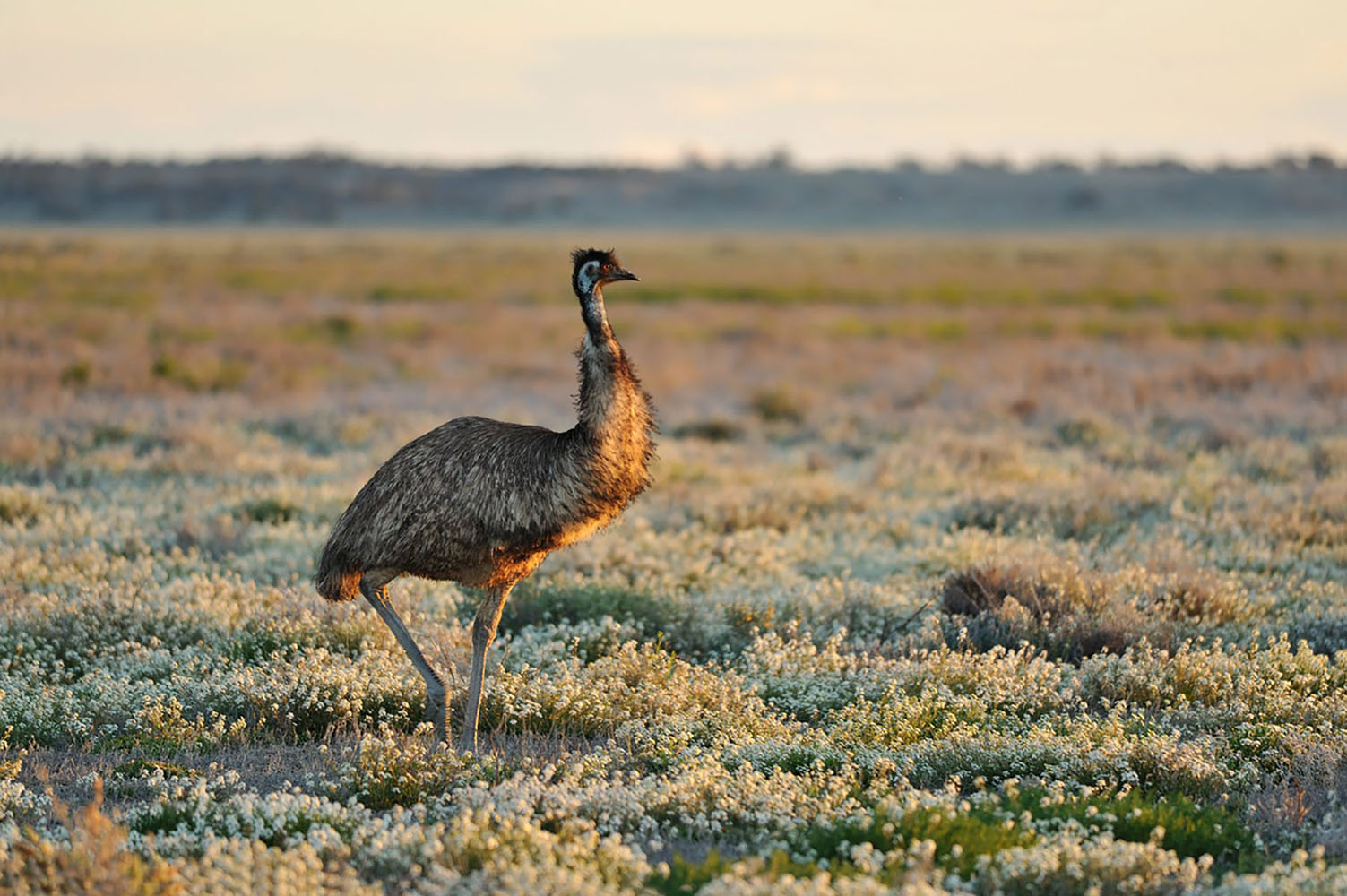 The second-largest bird in the world, and largest on the continent, the emu is as Australian as you can get. Flightless because of their sheer size, the giant birds can grow up to six and a half feet tall. While flying may not be an option, the emu is quick on its feet, managing to reach 30 mph when it hits full stride. An emu isn’t too picky about its diet, as the omnivore likes to eat insects, small lizards, rodents, and a range of plantlife. It even swallows small pebbles as a means of grinding up and digesting its food more efficiently. If you’re looking to come face-to-beak with a true Australian icon, a trip to the Australia Zoo should be on your itinerary. The legendary zoo was the vision of conservationists Steve and Terri Irwin, and is a must-visit if you’re stopping in Mooloolaba, Queensland.

Snakes and Spiders and Sharks, oh my! 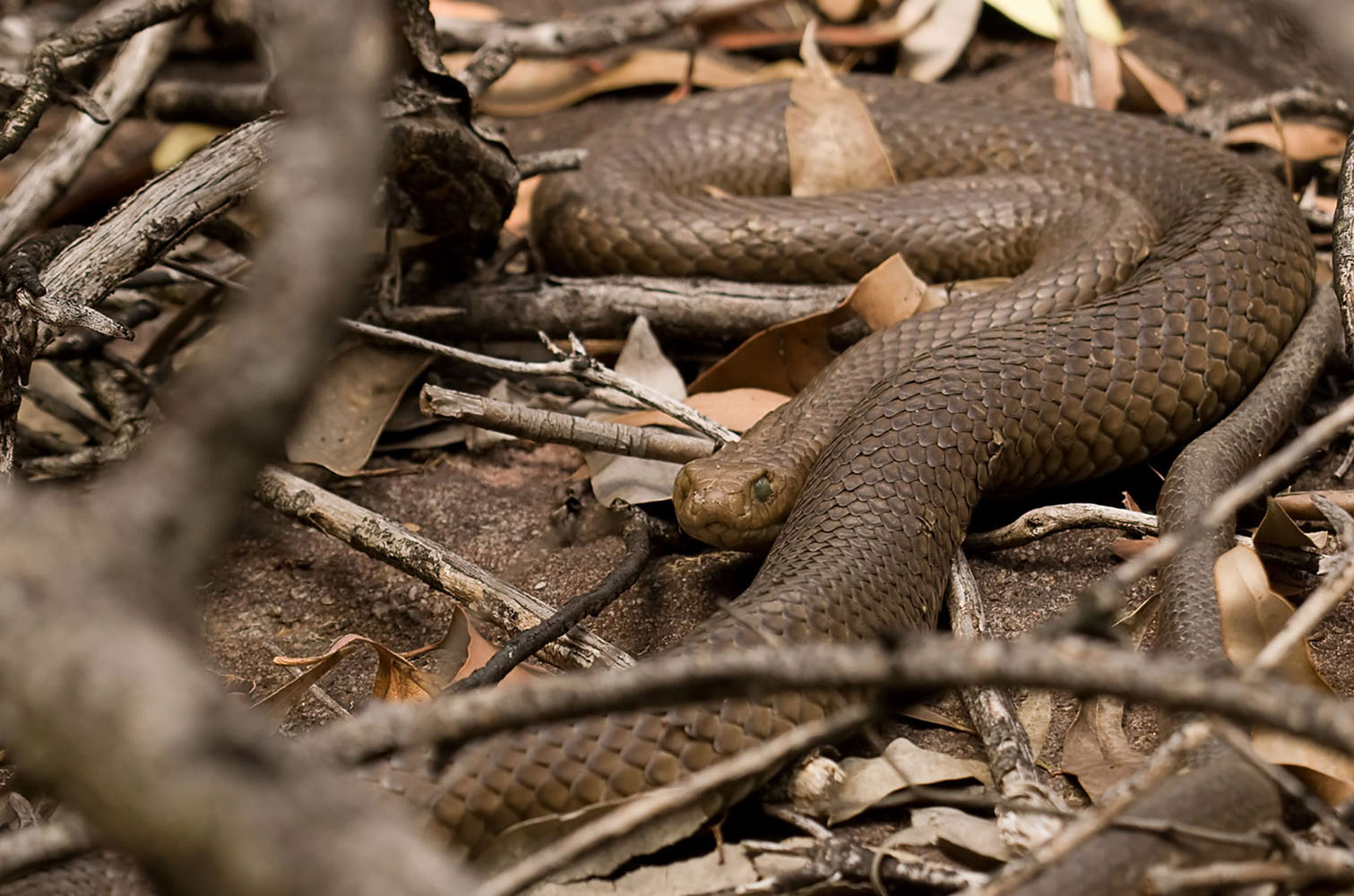 While much of Australia’s wildlife is cute and a thrill to see, there are some animals you’ll certainly prefer not to come in contact with. The continent is home to 21 of the 25 most venomous snakes in the world. Of all these slithering serpents, the eastern brown is perhaps the most impressive. Not necessarily for its size—it typically grows to about three feet in length—but for its bite, which has caused the most snake-related fatalities on Australian soil. While it is jumpy and aggressive, the eastern brown would much rather flee than fight in most situations. On the rare chance that you see one in the wild, remain calm and move away slowly.

Reputation precedes the Sydney funnel web spider, as it is known as one of the most fearsome spiders on the continent. As its name suggests, the spider is common in the city of Sydney, and is known for its imposing fangs. The spider’s venom is dangerous to humans, especially from an adult male funnel web spider, but treatment (including antivenom) is readily available in hospitals. 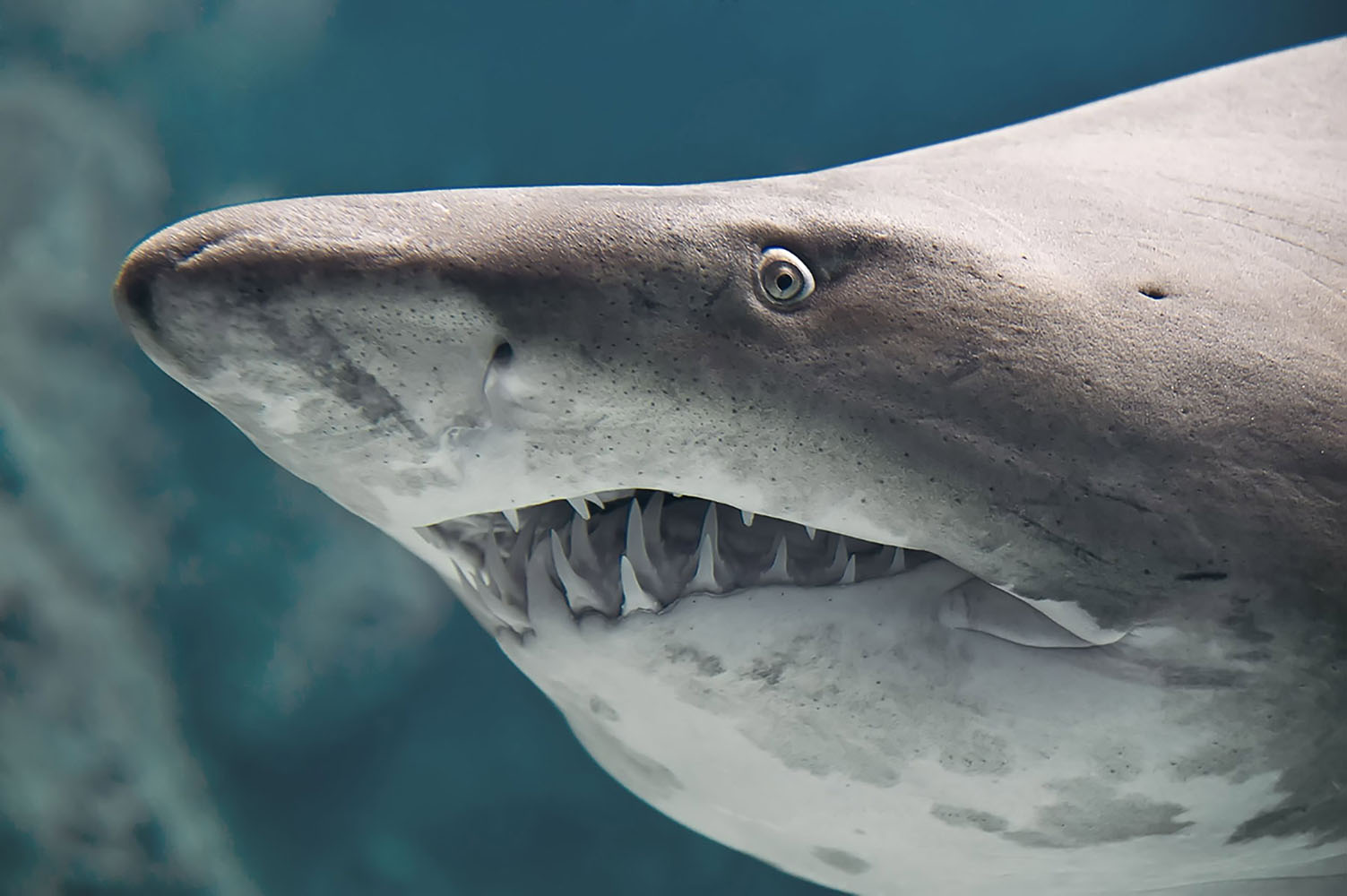 Not to be outdone by land predators, the bull shark—often considered the world’s most dangerous shark—can be found swimming throughout Australia’s coastal waters. Recognizable by their short blunt snout and small eyes, bull sharks have been known to dine on everything from turtles and birds, to other sharks and even horses! 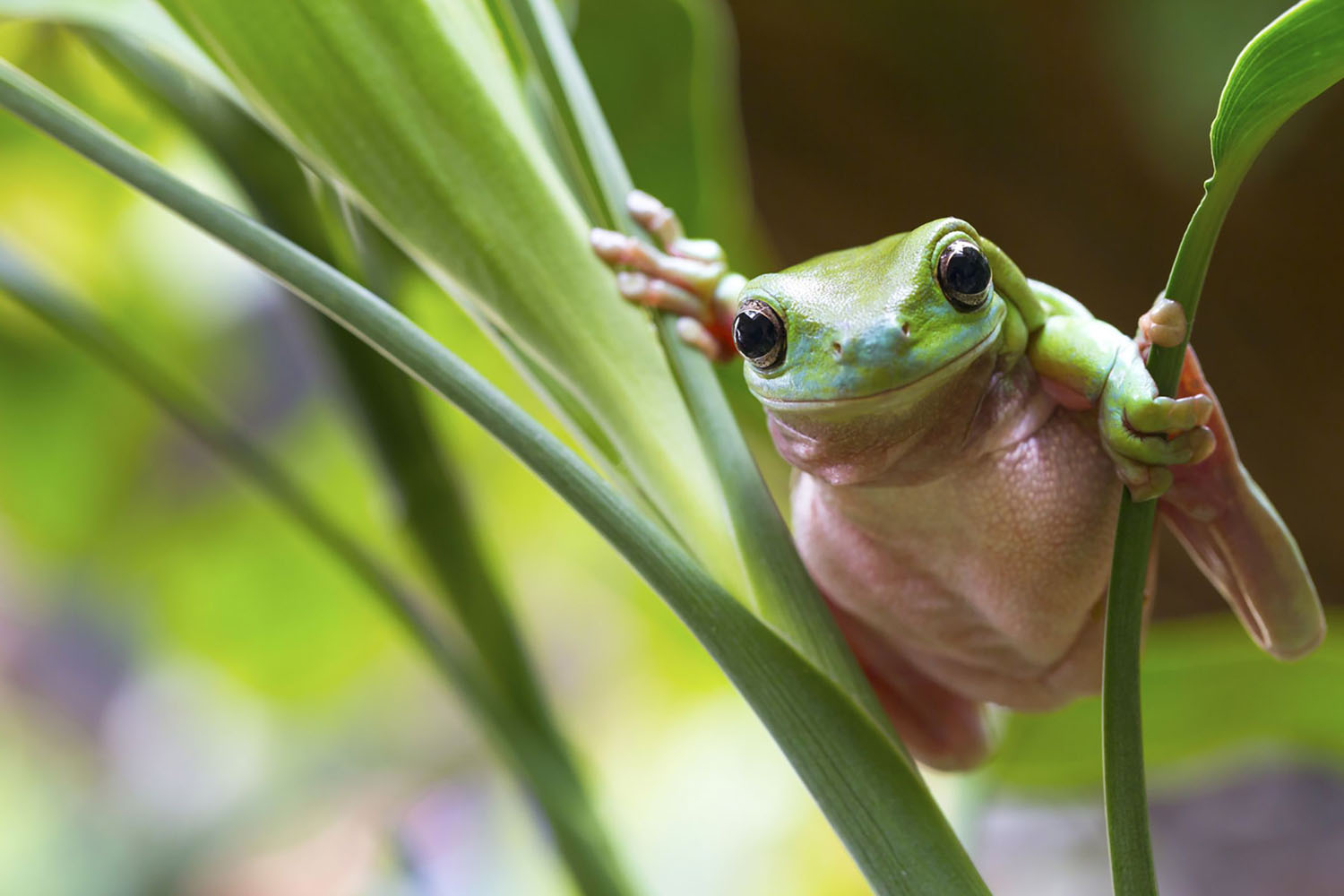 Steeped in culture and rich in unique wildlife, your experience down under will be one you’ll never forget. Immerse yourself completely in Australia and meet its adorable (and sometimes ferocious) creatures when you visit Darwin and Crocodylus Park. Attune yourself to Aboriginal culture and their relationship with native animals in Perth, and peek below the ocean surface at a world of underwater wonder in Cairns. Hear the sweet songs of the beautiful lyrebirds in the Sherbrooke Forest, and of course, a visit to Australia Zoo and Wildlife Hospital will give you the opportunity to introduce yourself to all kinds of continent’s most interesting creatures.

Book your voyage to Australia with us, and immerse yourself in what makes this continent so incredibly unforgettable.

Darwin & The Blue Mountains of Australia

As an under-graduate studying Sociology (ahem...a while ago) I spent many a night reading Darwin and becoming fluent in his theory of evolution via...