How To Spend A Day In Bahrain

Bahrain is a small Gulf nation that most people know nothing about. It's only two real claims to fame are that Michael Jackson once lived there and there’s a Formula 1 Grand Prix held there each April. Otherwise, it’s kind of like the little brother to every other new Gulf nation. Don’t get me wrong, it’s still a very rich country and has been preposterously overbuilt, but it just doesn’t have the star power of Dubai, Abu Dhabi, Doha, or even Kuwait. However, a day spent in Bahrain is worthwhile.

I arrived into Al Manamah, Bahrain via my ship, the Azamara Journey. It has been about nine years or so since my last visit to Bahrain, and I had a day to get caught up on everything that's changed in the region. There have been many changes. In fact, it’s kind of ridiculous. 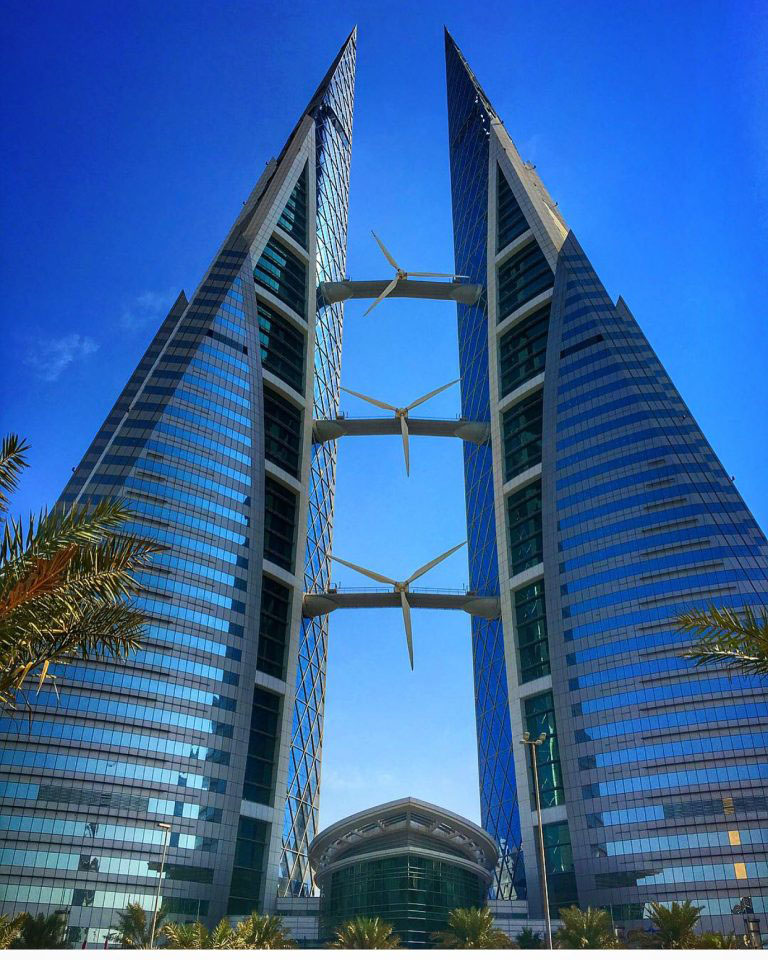 I went back and looked at photos from my trip to Bahrain nine years ago. It’s literally a different place. I remember there was a ton of construction when I was there last and now it’s pretty much all built up. In fact, they reclaimed land from the sea and turned it into luxury apartments, office buildings, and malls. You wouldn’t even know it ever looked any different.

Of course, many of the buildings aren’t near capacity and much of it is for show to compete with Dubai, Doha, Abu Dhabi, etc. Regardless, it’s impressive.

So what do you do with a day in Bahrain? I wasn’t really sure, to be honest, so I decided to take a tour of the Formula 1 track and do an off road Land Rover obstacle course. It might sound confusing but it was actually really cool - hopefully, you saw my Snapchats while I was there!

The Formula 1 Grand Prix really announced Bahrain to most of the world back in 2004. It’s really the only reason many people have heard of it and it put Bahrain on the map. The track is still top notch and the views from the tower were fantastic. 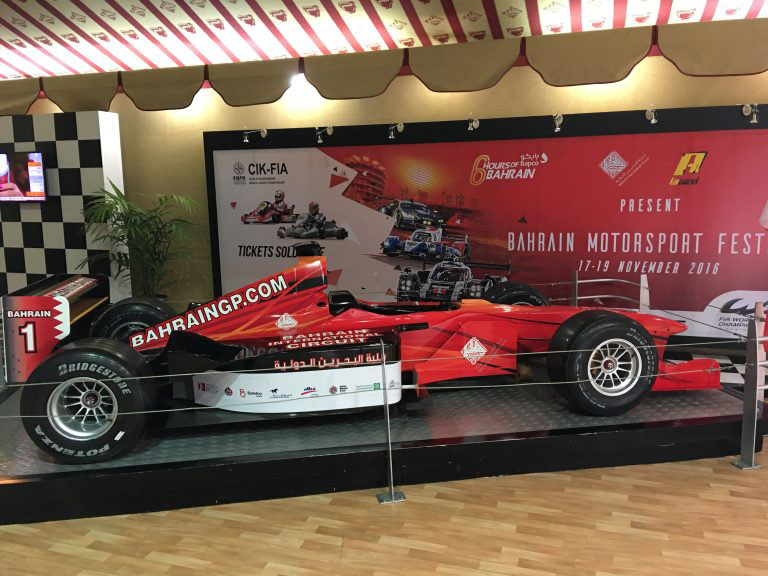 It was a decent tour as we got to see the tower, media center, welcome center and even go where the King sits. But there was no action, it was just a tour. The real action came from the Land Rover experience.

To be honest, I thought I was going dune bashing when I signed up for this tour and was a little annoyed when I found out it wasn’t. However, it more than made up for it. We rode in 2017 Land Rovers with unreal suspension systems and went through a military grade obstacle course that was both fun and thrilling. 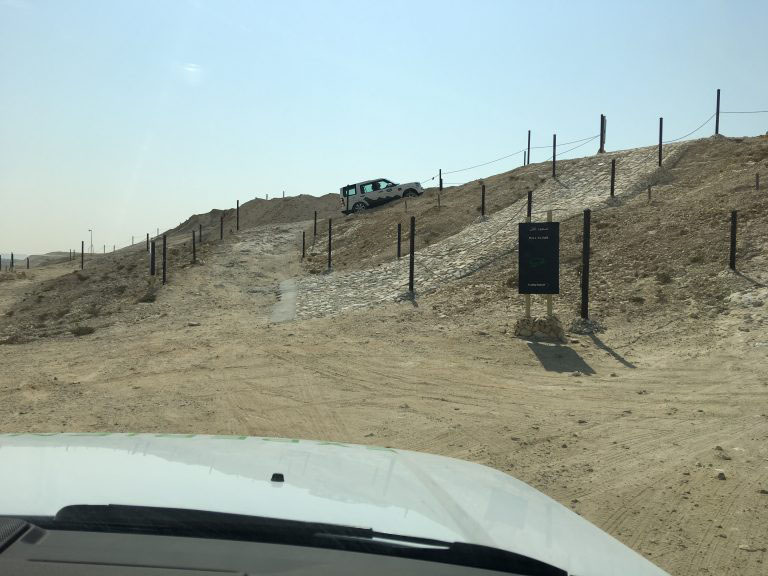 Our driver is the only female Arab who has a license to do this in the entire Middle East so that was pretty cool. She was super nice and a lot of fun as a driver. We went over all kinds of uneven surfaces, and the Rover kept going through sand and even deep water. I had never seen or heard of such a thing so it was a cool, new experience. I don’t get those too often so they’re always welcomed!

I also took a night tour of Bahrain to see the city at night. I was honestly a little disappointed by the buildings, as they really weren’t lit up that nicely. However, Bahrain Fort, a UNESCO World Heritage Site, looked awesome at night! 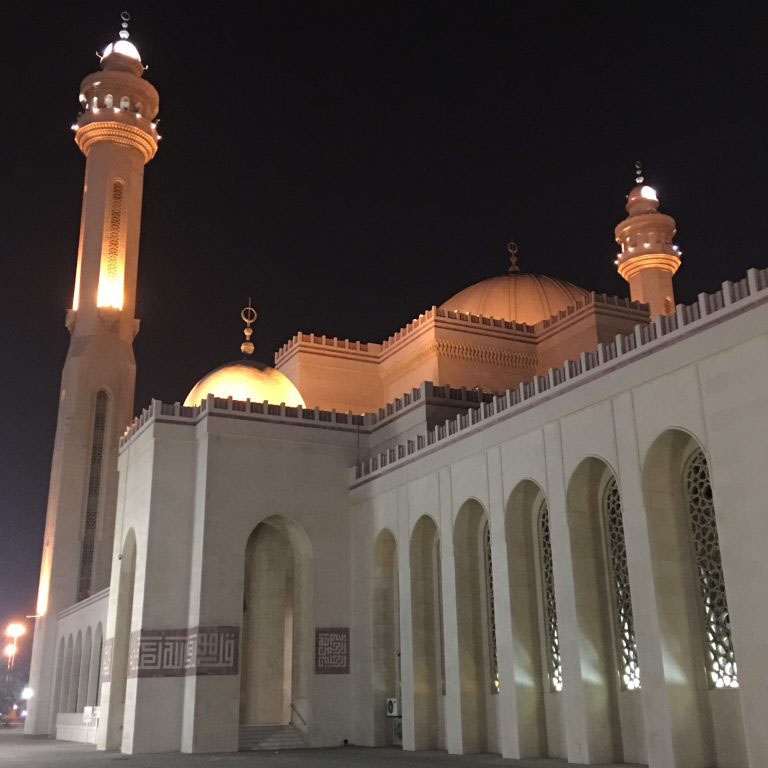 This was easily the highlight of the tour and probably the day. The fort is gorgeous anytime, but at night it really shines - especially with the glow of the city behind it. Walking around the fort, moat, and perimeter is a fun way to spend an hour or so.

Five Reasons to Travel to The Arabian Gulf

Next year, we're embarking on a voyage through the Arabian Gulf and Emirates, round trip from Dubai. Members of our Loyalty program, Le Club...

Ten Unique Shore Excursions in the Arabian Gulf and Emirates

The Middle East and Arabian Gulf have so much to offer travelers. Yes, there’s luxury and opulence. But there’s also history, culture, and incredible...

Exploring The Arabian Gulf By Air, Land, and Sea

This fall, we’re embarking on the adventure of a lifetime with some very special guests: our Le Club Voyage loyalty members! The 10-Night Arabian Gulf...