Live from Onboard the Azamara Quest: A Visit To Komodo Island

Home/Blog/Live from Onboard the Azamara Quest: A Visit To Komodo Island
Lee Abbamonte
By Lee Abbamonte on Thursday, February 19, 2015
Share The Destination Immersion® Experiences Blog
FacebookTwitterLinkedinPinterest

I’ve long wanted to visit Komodo Island and see the Komodo Dragons for myself in the flesh. Each prior time I’ve been to Bali, I just couldn’t work it out time wise. Getting to Komodo Island is no simple task either. You need to dedicate at least two days to fly to a neighboring island from Bali, then take a boat from there. Or, visit the easiest way and the way I did it today: via cruise on the Azamara Quest.

This was my first stop after setting sail from Bali. This is my third time in the past 1.5 years cruising with Azamara and second time in five months cruising on the Azamara Quest. I also sailed on the Azamara Journey in late 2013 around the Mediterranean. Komodo Island was one of the main reasons I chose to go on this particular cruise - it did not disappoint! 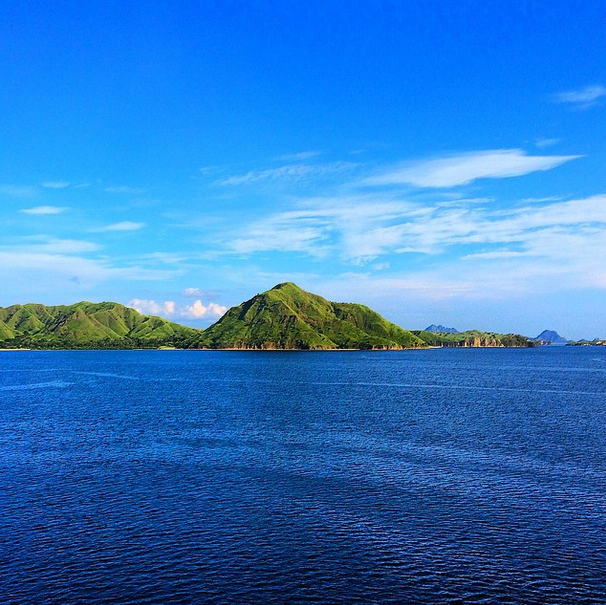 After tendering from the cruise ship to the beaches of Komodo Island, I set out with a small group from the ship in search of seeing Komodo Dragons. After about a mile or so of walking they were right in front of us. It was so exciting! 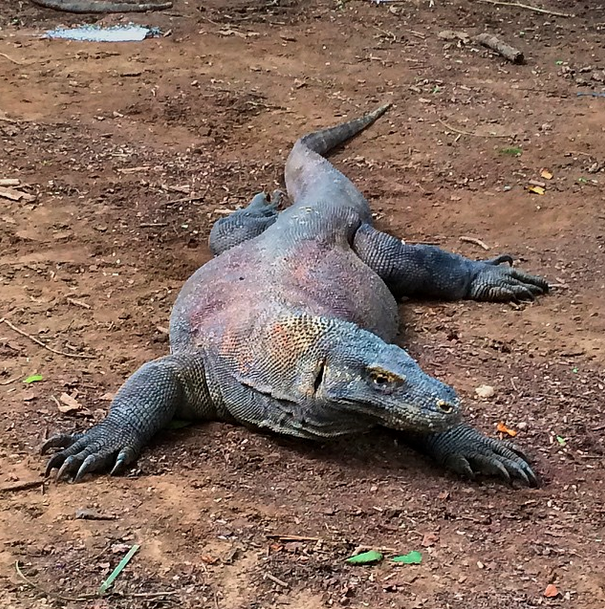 Komodo Dragons are massive. They are about 10 feet long, 2 feet high and they weigh about 200 pounds and can run up to 11 miles per hour. Not to mention they are carnivorous and cannibalistic!

They have been known to attack humans and even if a human is lucky enough to escape the dragons clutches; a bite can result in death in 24 hours due to the lethal venom it releases from its razor sharp teeth. So you need to be careful and listen to your guides!

Being around the Komodo Dragons is really exciting and unnerving at the same time. You want desperately to get close to them and take their picture but you also need to be mindful of how close you’re getting, as they will kill you!

I brought two cameras and recommend others do the same. I brought my iPhone 5s that I always use, and also brought a high zoom Nikon D5100 to zoom in from a distance.

When the Komodo Dragons move everyone has to move with them and keep a distance. The guides will lure them in certain directions away from the crowd of people. You want to refrain from sudden movements as the dragons have poor vision but see rapid motion and respond to it.

You are instructed to run diagonally if chased by a dragon. Additionally, women who are menstruating are requested not to go because Komodo Dragons can apparently smell blood from 11 miles away. I have no idea how they know that but that’s what we were told by the guides!

The guides are very important when visiting Komodo Island to see the Komodo Dragons. You cannot enter Komodo National Park without one and you wouldn’t want to screw around in the park with dragons everywhere! The guide has medicine in case of a bite and also they carry Y-shaped sticks to push the dragons away if necessary. I never felt in danger at all and had no worries. My guide was pretty cool!

Komodo Island is a definite visit if you have an opportunity and well worth the shore excursion. There are also some really cool beaches and the whole island looks like it’s from a scene out of Lost. It is pretty much exactly what you want from Southeast Asia. It is beautiful, tropical, a little dangerous and full of nice people. Komodo Island and the Komodo Dragons are an experience you won’t forget!

It was almost a foregone conclusion that Johannes Tysse would be a sea captain. Learn how the job he dreamed about from an early age is a platform for...

Looking at its name, you might think Nice is selling itself a little short. After all, this is a city that basks in year-round sunshine and sensational...