Europe might not be the world's largest continent, but what it lacks in size it more than makes up for in the expanse of its gorgeous scenery, cultural heritage, diverse dining, and rich history. And the beauty of our European itineraries is, most mornings, you'll find yourself in a new city with a day — or two — to explore. Unwrapping a city's diversity is integral to the joy of travel, and, if you ask us, museums are a powerful gateway for doing so. Across the continent, you'll find museums suited to every interest, from pop-culture cornucopias to post-impressionism, fashion, food, and more. When you travel to Europe with us, you’re in luck — there are museums that will captivate at nearly every port we call upon. Here are 10 of our favorites that we can’t wait to share with you on your next European exploration. 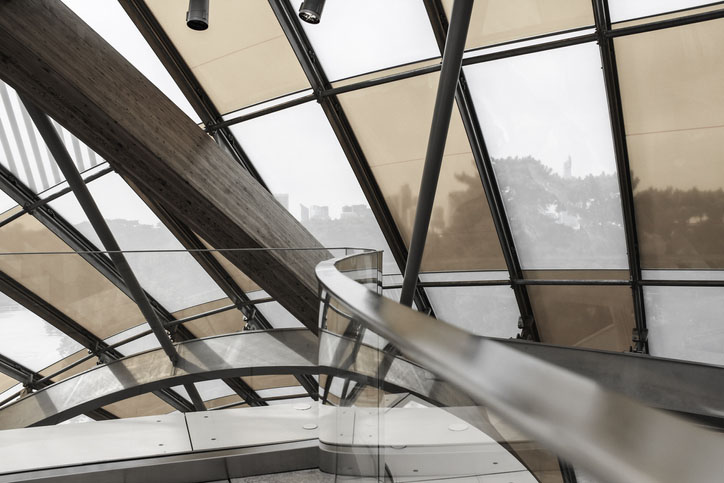 It's easy to lose yourself in the sheer breadth of the art in Paris. The City of Light is home to many iconic institutions, galleries, and museums, where artworks ranging from da Vinci's Mona Lisa to Monet's Water Lilies can be found. But one more recent opening is a real standout. In 2014, the Fondation Louis Vuitton arrived on Paris's cultural — and architectural — stage to much acclaim. Renowned American architect Frank Gehry designed the building, which is a work of art in itself. The structure, fashioned from huge, glass-paneled sails held together by wooden beams, looks like a mystical sailboat. Conceived as a modern art museum and cultural center, the Fondation plays host to a wide variety of exhibitions and performances. Its ever-evolving collection plays host to works that fall into four distinct categories: Contemplative, Pop, Expressionist, and Music & Sound. You’ll find works from the 1960s running all the way through to present day — all of which are designed to engage and challenge your perspective on art, as well as the world around you. Thanks to the spectacular architecture and blockbuster exhibitions, the museum is always bustling.

The Musée Mer Marine, built at the edge of the Garonne River in Bordeaux, France, opened in 2018 to pay tribute to France's rich maritime history. Connecting the high seas with the arts, the museum educates visitors on important issues such as climate change and the refugee crisis. The permanent collection is spread across three floors and tells a story of oceanic evolution. There are more than 10,000 marine objects here, including a scale model of the RMS Titanic, a hand-carved Bangladeshi moon boat, and an 82-foot racing yacht used by the French in several America's Cup regattas. These, alongside navigational instruments and works of art, speak to the world of seafaring and naval battles that turned the tide of history. 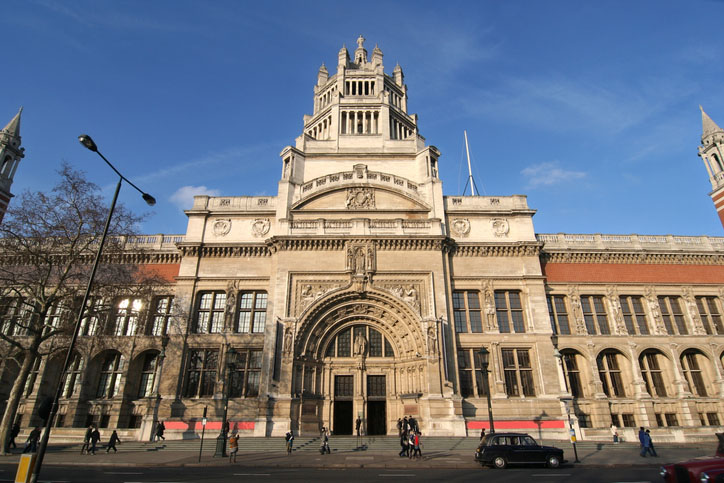 South Kensington's Victoria & Albert Museum (V&A) is one of the world's most significant art and design museums, and it's arguably London's most glamorous. This glorious red-brick palace is filled with sculptural details, extravagant tiling, and frescos. Founded by Prince Albert in 1852, the museum's current collection holds 2.3 million objects from over the last 5,000 years. Luckily, it's helpfully broken down by topic, with spaces dedicated to fashion, theater, furniture, architecture, and more. Each exhibit is comprehensive, usually spanning several hundred (if not a thousand) years. Be sure to plan your visit in advance, and be prepared to make a return trip. This museum is so extensive, it’s typically only realistic to make your way through one or two galleries per visit.

In Oslo, you’ll find the Astrup Fearnley Museum of Modern Art. Highlighting Scandinavian simplicity and functionalism, this museum — which opened in 2012 — is housed in a stunning cross-canal complex designed by Pritzker Prize-winning architect Renzo Piano. The private collection you’ll explore here has been amassed by the Astrup and Fearnley families over the years, and is one of the most notable art-world attractions in Scandinavia. In fact, the selection of contemporary works on display here represents a fascinating summary of the past half-century's most revered artworks and artists. Among the heavy hitters are Cindy Sherman, Andy Warhol, Richard Prince, and Francis Bacon. You'll also find significant works by Anish Kapoor, Ellsworth Kelly, Louise Bourgeois, and more adorning its grassy waterfront sculpture park. But perhaps the most famous (and infamous) piece on show here is Damien Hirst's dissected cattle, "Mother and Child (Divided)," which sent shockwaves through the art world when it was unveiled in 1993, and continues to stir controversy to this day. 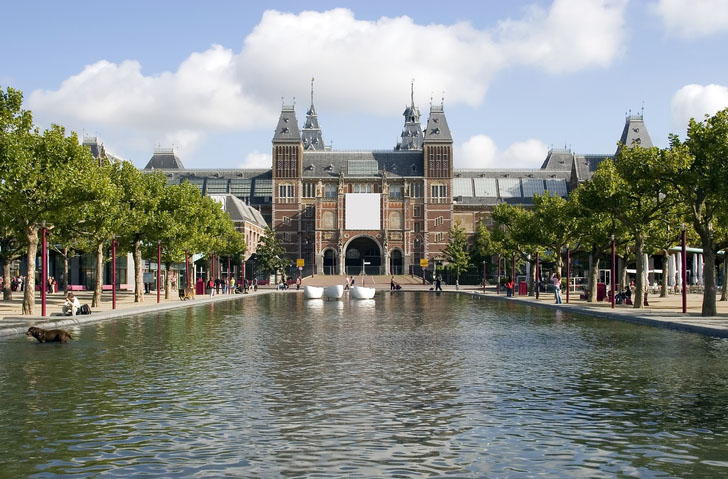 The Royal Museum of the Netherlands, more commonly known as the Rijksmuseum, is an absolute must-visit destination when exploring Amsterdam. Founded in The Hague in 1798, the museum was moved to the Royal Palace in Amsterdam a decade later. In 1885, the museum moved again, this time to its current location in Museum Square, where its collection is displayed in a building designed by Dutch architect Pierre Cuypers. This building, which many consider it a piece of art unto itself, blends Gothic and Renaissance styles and is certainly striking. It's easy to see why  lose some considerable time here, admiring the frescoes and statues on its façade. Inside, 80 galleries tell the story of 800 years of Dutch art and history across 8,000 exhibits, which include some of the Dutch Golden Ages' most famous paintings. This is where you'll find works of art such as Rembrandt's 'Night Watch' and Vermeer's 'Milkmaid.'

If you’re looking for the best, and most convenient way to delve into the art and history of The Netherlands on your journey, join us on our Explore the Rijksmuseum shore excursion. Here, you’ll join a small tour with an expert guide, who will give you the inside stories and history of the museum's iconic works.

Located in Florence, Italy’s historic 14th-century Palazzo della Mercanzia (in Piazza della Signoria), Gucci Museo is a must-see for fashion and history lovers. The museum, which opened in 2011 in honor of the brand's 90th anniversary, gives you a close look at the evolution of Italian fashion, showcasing how clothing and accessories are a vehicle for exploring specific moments in time. Gucci Museo narrates the history of the world-famous brand as you make your way through this three-story museum. Along the way, you'll explore a permanent collection that includes jaw-dropping pieces such as a Gucci-customized 1979 Cadillac. The exhibition rooms are divided thematically, inspired by Gucci's iconic motifs and symbols. The "Travel Hall" displays luggage and accessories created for the international jet-set style, while another marks the evolution of Gucci's iconic handbags. You'll even find an exhibition called "Logomania" that chronicles the evolution of the iconic "double-G" monogram. Meanwhile, on the ground floor, visitors can unwind in the delightful museum café while browsing the art, fashion and photography books in the public library. Flanking this area, you'll find the Icon Store with a series of limited-edition collections designed by Creative Director Frida Giannini, exclusively for Gucci Museo.

Yes, Gaudi may be Barcelona's prince, but one of the city’'s most notable attractions is its palace-resembling Picasso Museum. Picasso lived many of his formative years in Barcelona — including those of his apprenticeship as an artist. He established and maintained strong links to the city throughout his life, and it was here where he wanted his museum to be. This homage to Picasso and his life's work provides a comprehensive understanding of his art and his progression. As you make your way through the museum, you'll find Picasso's works displayed chronologically, allowing you to follow his evolution as an artist. It's fascinating to start with his more traditional early works and trace your way to the iconic cubic paintings and sculptures from the end of his career. The museum is housed in the Gothic quarter of Barcelona in a 13th-century palace (Palau Aguilar) that belonged to the Aguilar family. The central courtyard features a unique stairway, pointed arch gallery and Gothic sculptures that date from the 15th century. 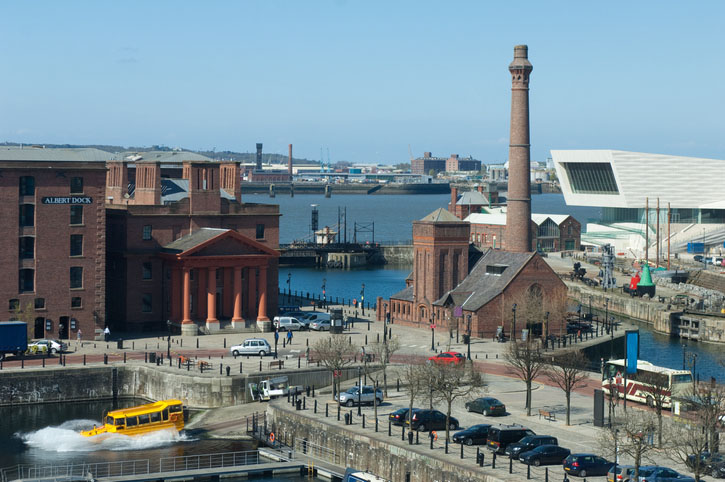 Since opening at the spectacular Albert Dock in 1988, Tate Liverpool has become one of the United Kingdom’s most visited art galleries outside of London. The permanent collection features more than 78,000 unique pieces by more than 4,000 artists, including work by L.S. Lowry, Cindy Sherman, Louise Bourgeois Mamelles, and Glenn Ligon. This Liverpool museum also prides itself on staging an ever-evolving program of unique and engaging collections, bringing together artworks from all over the world. Over the years, featured artists have including Gustav Klimt, Pablo Picasso, Andy Warhol, and Claude Monet.

The historic center of Bruges, a UNESCO World Heritage Site, feels like a living museum at times. But we'd be remiss not to mention a museum devoted to an authentic Belgian treasure — frites (more commonly known as French fries in North America). Indeed, at Belgium's Frietmuseum you'll gain a comprehensive knowledge of all things fries, beginning with a ground-floor exhibition about Peru, where potatoes originated more than 10,000 years ago. Make your way to the second floor to learn the history of frites, how they came to Belgium, and how they became the country's most-beloved national food. The museum also houses potato cellars where you'll finally get to satisfy that craving for fresh frites the walk through this museum has no doubt generated.

Fun fact, the term French fries has little to do with this snack’s country of origin. In fact, it’s believed the term originated after Belgian soldiers (who spoke French) introduced fries to their American counterparts during the First World War.

Pasta and Italy are inextricably tied, so it makes perfect sense that there's an entire museum dedicated to the country's most famous culinary export in Rome. The museum is housed in 11 rooms, each covering a subject ranging from history to nutritional information. There's even an exhibit on the history of pasta as art. Objects on display include rolling pins and kneading machines, and you'll also find a demonstration on different drying techniques. Elsewhere in the museum, browse an essential library for food historians with ancient and modern texts about pasta development and production.

Interested in visiting one — or many — of these European museums? Azamara has frequent sailings throughout Europe, as well as our in-city Stay Longer program, giving you plenty of opportunities to explore.

I love a museum. History museums, cultural museums, and especially art museums! I could spend every day on vacation visiting a museum. In the...

Barcelona is one of the five best cities in the world. As far as I am concerned, this is a fact, not opinion. Barcelona has everything you want a...

How To Spend 36 Hours In Rome

“Rome is the city of echoes, the city of illusions, and the city of yearning.” – Giotto di Bondone Rome is at once frozen in time and ever changing....