Some destinations feel like a second home. Argentina is that for me.
I’ve been going to Argentina since I was a high-school foreign-exchange student to Córdoba. And I’ve gone back more times than I can count. The last three visits my husband and I have taken to renting a car and exploring some new piece of this vast and diverse country…and there’s still so much we haven’t seen. Argentina is a melting-pot of mostly European peoples spread over many geographic regions; each region different from the others.

What does it mean to be Argentine?
There is a joke that says Argentines are “Italians who speak Spanish, think they are British, and wish they were French.” There are shreds of truth to this old saw. Argentina is a Spanish-speaking country with a population that is 97% European descent. The largest subset of the population is of Italian-descent (47%). Historically their number one trade partner was England which had a big influence on their business practices, infrastructure and outlook. And their most beautiful architecture, in my mind, is French, with tall framed windows, wrought iron balconies, and plenty of marble. The historic buildings have floors of either parquet wood, polished to a high shine, or the lovely colored concrete tiles worn smooth by the years.

Everyone knows there were the gauchos on the Pampas in the beginning. And culturally most Argentines still identify with this image. In fact there are still gauchos throughout the country, from the Patagonia to the Pampas, from the Andes to the Iguazu River in the East. The gaucho way of life is romanticized and endures. This can be seen in everything from the style of clothing designed by Argentine designers, to the national culinary habits. 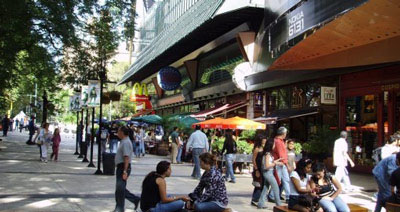 What are the culinary habits and foods eaten that define Argentina?
First of all there is the BEEF. Argentina has the highest per capita consumption of beef in the world! And it is good…typically natural and grass-fed. A traditional steak sandwich is known as a Lomito. And the traditional accompaniment to beef is the Chimichurri sauce, which in its simplest form is olive oil, garlic, parsley, and red wine vinegar. Then there are the Italian dishes…pastas especially, with great ragu sauces. Other foods that are typically Argentine are: Empanadas, which are small savory pastries with ground beef, onions, and often raisins, yum! And Dulce de Leche, the caramel sauce made from cows milk, is ubiquitous in Argentina.

And of course the national drink is Mate, a hot tea made with Yerba Buena, drunk from a hollow gourd with a silver straw (bombilla), and communally shared around the campfire. Well, that’s the gaucho version. Most Argentines drink it at home, not around a campfire anymore.

Now I’ll tell you about my favorite places in Buenos Aires. Just as with the rest of the country, the City of Buenos Aires (population around 3 million) has a variety of neighborhoods, each with a different feel and appeal. Two of the oldest neighborhoods, and still very popular to visit are the neighborhoods of San Telmo and La Boca. Contrasted to the oldest neighborhoods are the new Puerto Madero area, one of the newest, hippest and most expensive; and the Palermos, which is actually an old area which has become the new area to shop and dine, and live if you can afford it. The downtown center has the historic Teatro Colon Opera House, all the banks and international business, and plenty of shopping (there is actually plenty of shopping in every neighborhood.) 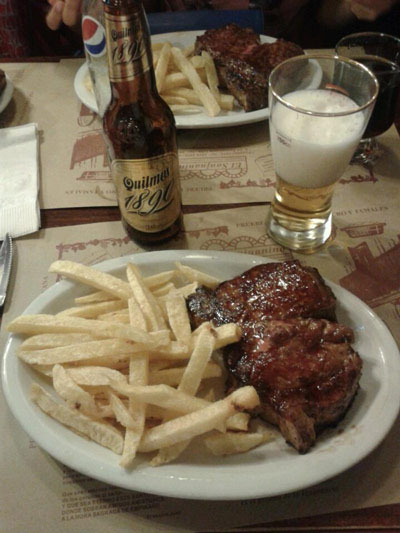 But my favorite neighborhood in Buenos Aires will always be Recoleta.
I spent a lovely six months living on a tree-lined street (Posadas) in one of those French-style marble-facade buildings many years ago. In Recoleta you’ll find great restaurants, great shopping in boutiques or the Patio Bullrich Mall, the historic 1928 Alvear Palace Hotel, and no shortage of cafes. My two favorites are the Café La Biela, and the Confiteria La Rambla.

Buenos Aires is a great walking city, with sophisticated, well-traveled, well-educated, and friendly residents. It is truly a Café Society, where you’ll always find a sidewalk café, and if you’re out-going you’ll find someone to talk world politics, current affairs, law…you name it.

This December and January, we have three departures featuring overnight stays in Buenos Aires: December 13, December 22, and January 27.

This past November my husband and I joined 596 other guests on a voyage along the western coast...

Exotic, enigmatic Africa. It’s a continent where you can check the Big Five off your must-see list on an unforgettable safari. Stay in luxury hotels,...