The Ultimate Guide to French Food and Wine: Part Three

Catching up? You can find Part One of our series on French food and wine here, and Part Two here.

One of the great joys of visiting France is indulging in incredible cuisine. In Part Three of our series on French food and wine, we're diving into the country's western region. Home to the largest wine-producing region in the nation, and the origin of famously French foie gras, the West Coast will not disappoint. Lovers of wine and red meat take note: this is where you'll want to order a nice, bold red to go with your steak frites.

Thinking of heading to France for the first or 10th time? Either way, there's so much to learn before board your next Azamara voyage to France. Follow us on a gastronomic journey of this delectable country, and voilà, you'll be an expert in no time.

The Food and Wine of Western France

French and Spanish flavors mix with fresh seafood in the Basque region, and Bordeaux is prized for its fine wines and comforting and hearty cuisine. If you'd like to sample the famed Bordeaux wines, the port city has many cafes and wine bars to choose from. Or you can head out into the countryside and visit a few of the region's wine chateaus. 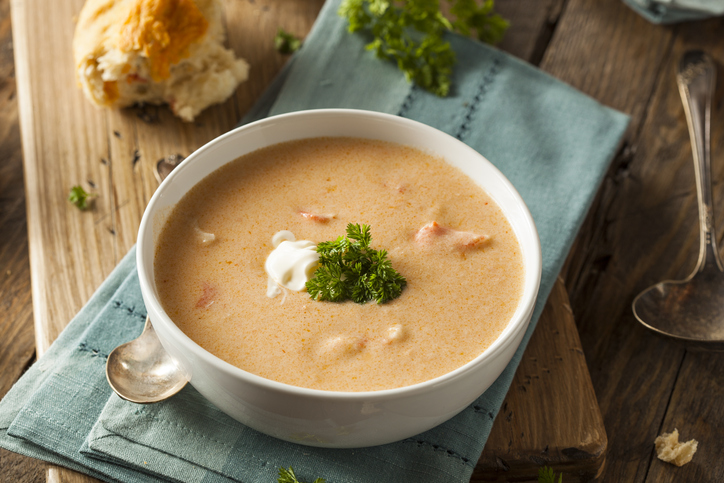 Bisque: Often, creamy soups are blanketly referred to as bisques, but that's not an entirely accurate description for many of them. A traditional bisque soup is made from a strained shellfish broth (ideally with shellfish fresh from the Bay of Biscay), thickened until nice and creamy. Tomato paste is often added to bisques for flavor and color.

Bordeaux Wines: Bordeaux is the largest wine-producing region in France, with 90% of production going towards red wine. Most of the red wines in Bordeaux are blends, where different types of grapes are combined together. To be an authentic red Bordeaux, the wine must contain at least two of the following three types of grapes: Cabernet Sauvignon, Cabernet Franc, and/or Merlot. The rest of the world has taken note of this medley - in fact, it's the most copied blend globally! Like the reds, most of the white wines from Bordeaux are also blends, mainly from the Sauvignon Blanc, Sauvignon Gris and Semillon grapes. 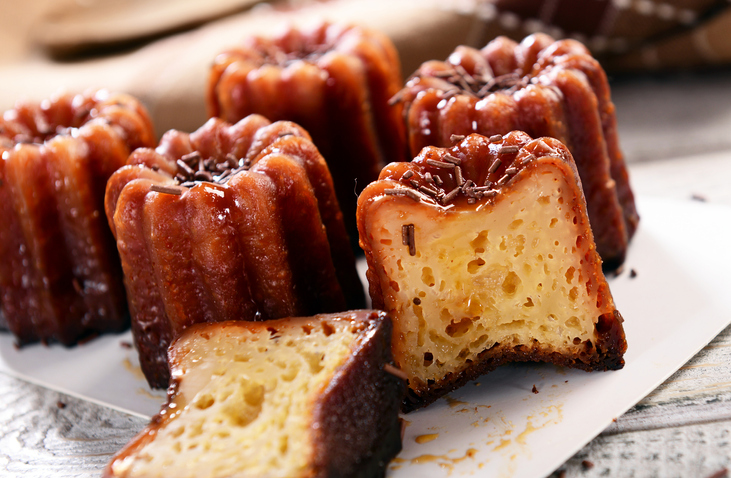 Canelé: This cylinder-shaped vanilla and rum-flavored pastry is a decadent specialty of Bordeaux. The pastry batter is poured into a mold that's been brushed with beeswax or butter,  giving the canelé a dark, crusty exterior. Meanwhile, the inside is creamy, almost like a custard. Served warm, this pastry is a blissful treat.

Piperade: A vegetarian dish from the Basque region, piperade is made with sautéed tomatoes, onions, and green bell peppers. It's typically flavored with piment d'Espelette, a regional (mild) chili pepper flake seasoning made from Espelette peppers. It's interesting to note that the colors of this dish reflect the Basque flag, though this is said to be mere coincidence. 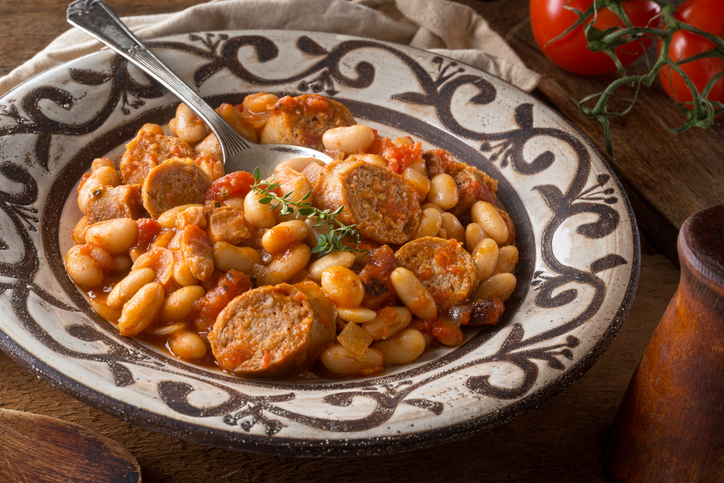 Cassoulet: Rich and hearty, cassoulet is a meaty casserole made from different types of meat, including duck or goose confit, pork skin, and white beans. All of the ingredients are cooked together, low and slow in a cassoulet dish.

Roquefort: White and crumbly with veins of blue mold running through it, Roquefort is a blue cheese made from sheep's milk. It gets its name and distinction from being aged in the caves of Roquefort-sur-Soulzon. The cheese's strong odor and flavor pairs well with bold red Bordeaux wines, and is perfect at a restaurant or park picnic.

Chèvre: This French goat's milk cheese is white in color, and tart and tangy in its flavor. Chèvre can range in texture from soft to firm depending on the moisture content of the cheese and how long it's been aged. The longer the cheese has been aged, the bolder the flavor. Look for it on charcuterie boards!

Sauternes: This is a sweet wine with a distinct, dark yellow color from Bordeaux. This wine gets its sweetness from grapes that are raisined from a fungus. This process is known as "the noble rot," which honestly, tastes much better than it sounds. Sauternes are often served chilled with or as dessert, but the wine also pairs well with foie gras, which can learn more about below. 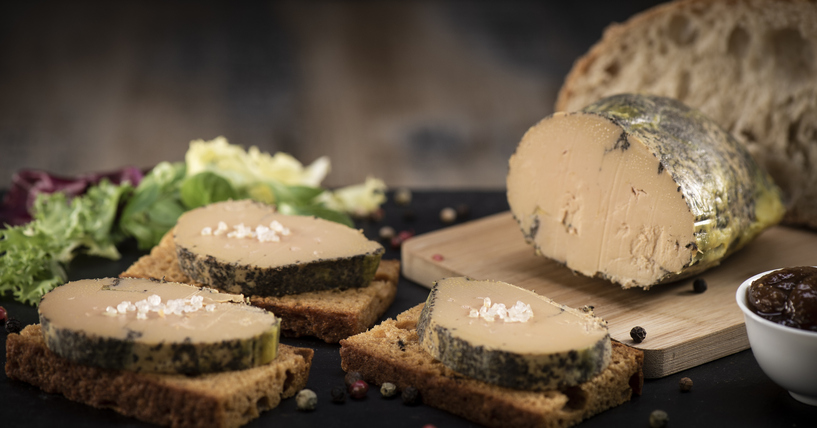 Foie Gras: From the Dordogne region, foie gras is a world-famous French delicacy made from the liver of ducks or geese that have been fattened by being force-fed. This, admittedly controversial, technique is said to make the live taste extra rich and buttery. Foie gras can be served cold as a pate, or whipped into a mousse. It can also be served warm by pan roasting the liver for a more comforting touch.

Steak Frites: One of France's most popular dishes, steak frites is a bistro classic consisting of a juicy steak served along a side of French fries. The cut of steak can vary, but an entrecote (ribeye) is typical. The French tend to serve their steaks rarer (saignant) than in America, so here's a short guide to doneness when ordering:

A’ Point – rare to medium-rare

Is the way to your heart through your stomach? Then a voyage to France should certainly be your main course. Browse our upcoming voyages to France today.

Five Things To Do In Lisbon
Category: Destination Immersion® Experiences

How to Spend Your New Year’s Eve With Us
Category: Destination Immersion® Experiences

How To Spend A Day In Bahrain

Bahrain is a small Gulf nation that most people know nothing about. It's only two real claims to fame are that Michael Jackson once lived there and...

The time to set out in pursuit of new destinations is here! If you’ve been tuned into the Azamara® news lately, you know that Azamara Quest and Azamara...