How much do you really know about Antarctica? Expand your knowledge in less than ten minutes, just by reading this article! (And hey, scrolling through these stunning photos doesn’t hurt.)

Fact #1: No one owns Antarctica.

In 1961 the Antarctic Treaty came into effect. Twelve countries with active interests in the continent signed it at the time: Argentina, Australia, Belgium, Chile, France, Japan, New Zealand, Norway, South Africa, the USSR, and the USA. Today, it has 53 parties. The treaty ensures that Antarctica is used for peaceful purposes only. 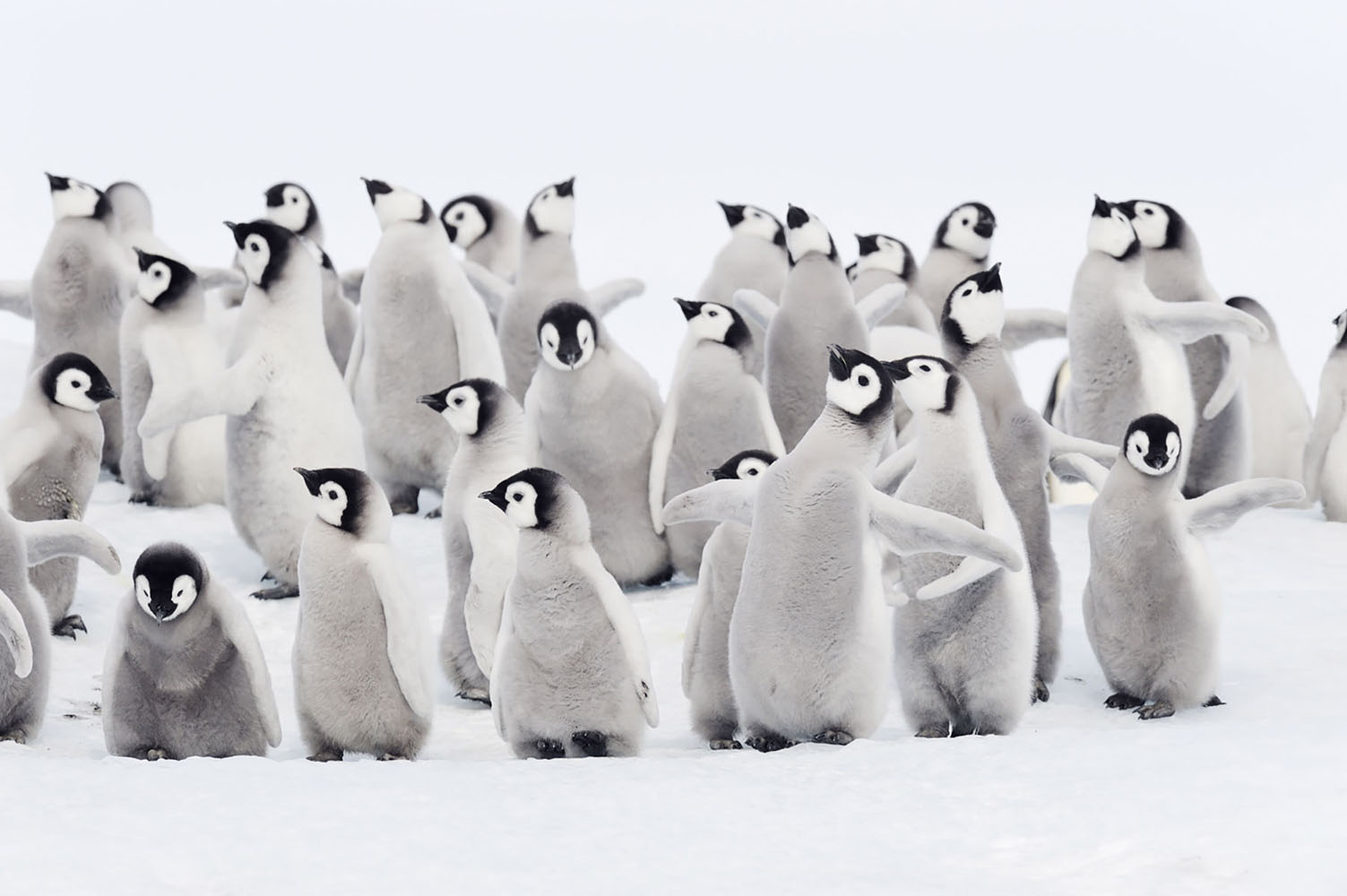 There are eighteen recognized species of penguins in the world, but just eight live in the Antarctic and subantarctic regions.

Fact #3: Antarctica is the driest, coldest, and windiest continent.

When you think of Antarctica, you probably think of snow and ice. But in fact, it’s the world’s driest continent. Antarctica’s precipitation levels rival the world’s hottest deserts. And yet, Antarctica is the coldest continent on earth. Back in 1983, the Australian Antarctic territory of Vostok boasted the lowest-ever recorded temperature at −89.2°Celsius. 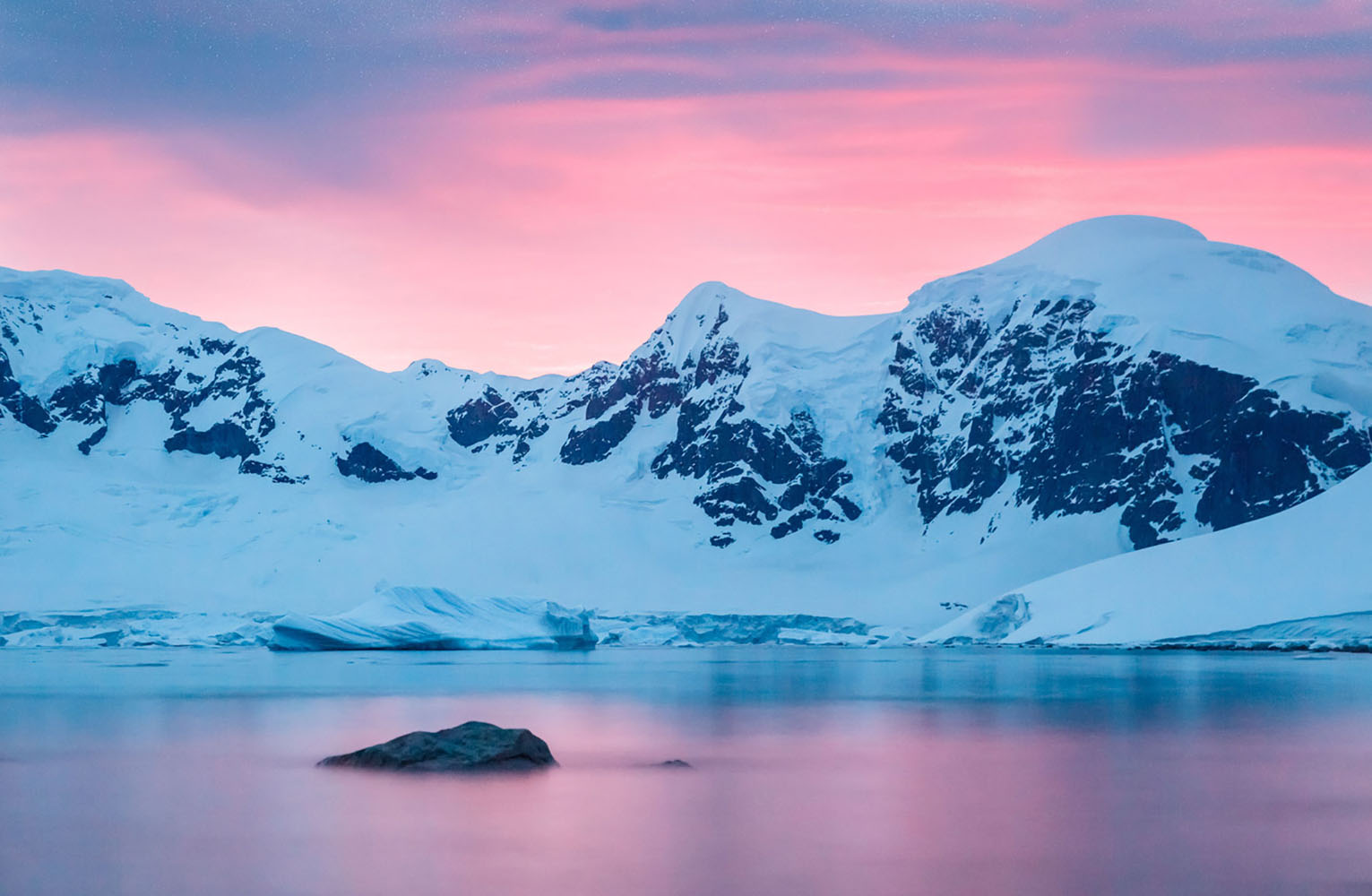 Fact #4: No one lives permanently in Antarctica. 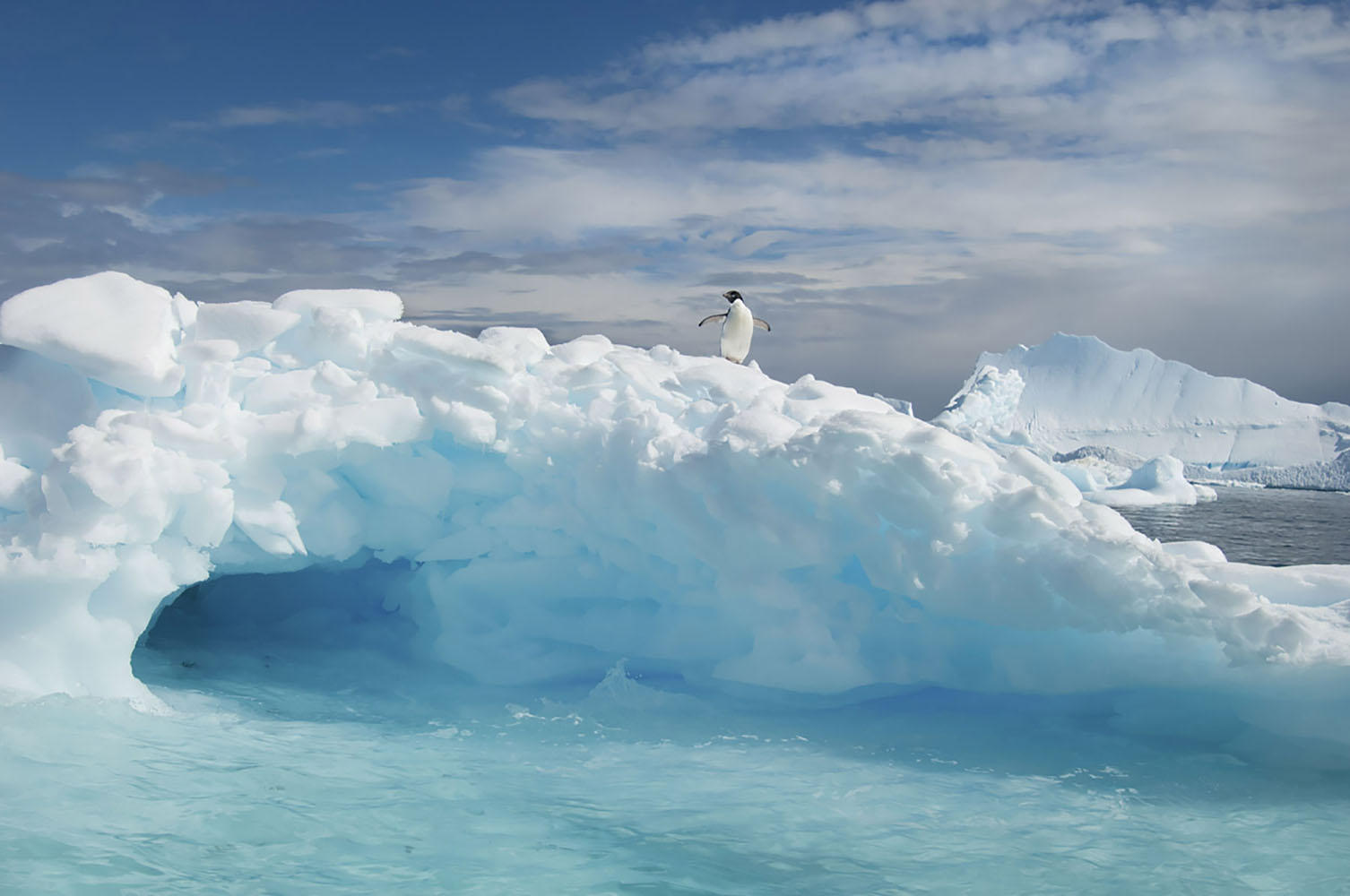 Antarctica’s visitors aren’t limited to scientists, researchers, and the occasional baby. Antarctic tourism has flourished in the past few decades. During the 2016-2017 season, 44,367 tourists visited Antarctica. Most travel to Antarctica takes place during the continent’s summer months of November through February.

Most tourists arrive to the continent by ship, typically embarking from South America. Smaller, luxury ships are favored—like the Azamara Pursuit, which will voyage to Antarctica in 2019.

The Antarctic tourism industry dates back to the late 1950s, but the concept of “expedition cruising” can be attributed to the Swedish-American explorer Lars-Eric Lindblad. He led the first true tourist expedition to Antarctica in 1966. Lindblad believed that “You can’t protect what you don’t know”, and that educational expeditions to Antarctica would be integral to the global effort to preserve Antarctica.

Fact #6: Antarctica was home to the world’s largest iceberg. 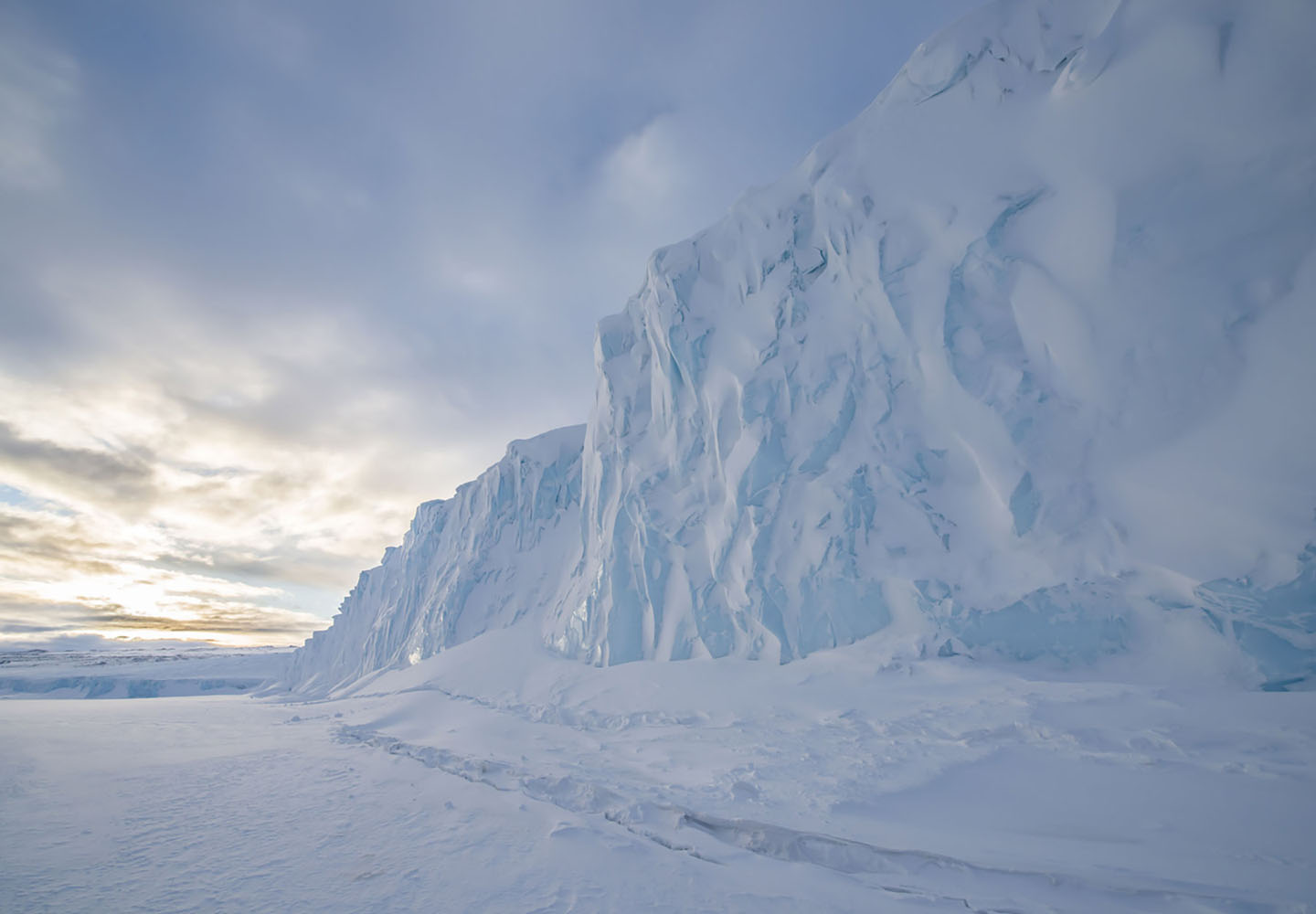 Several of the largest recorded icebergs have been witnessed in Antarctica. Icebergs are produced when chunks of ice break off from large glaciers or ice shelves—this is known as “calving”. Icebergs produced from both glaciers and ice shelves are massive. The latter, known as tabular icebergs, are almost incomprehensibly large.

The world’s largest recorded iceberg was known as B-15. It calved from the Ross Ice Shelf in Antarctica in March of 2000 and measured a whopping 11,000 square kilometers. For perspective, that’s about the size of Jamaica.

More recently, in July 2017, an iceberg named A-68 broke off the Larsen C ice shelf. It’s one of the largest ever recorded at 5,800 square kilometers—about the size of Prince Edward Island, Canada. 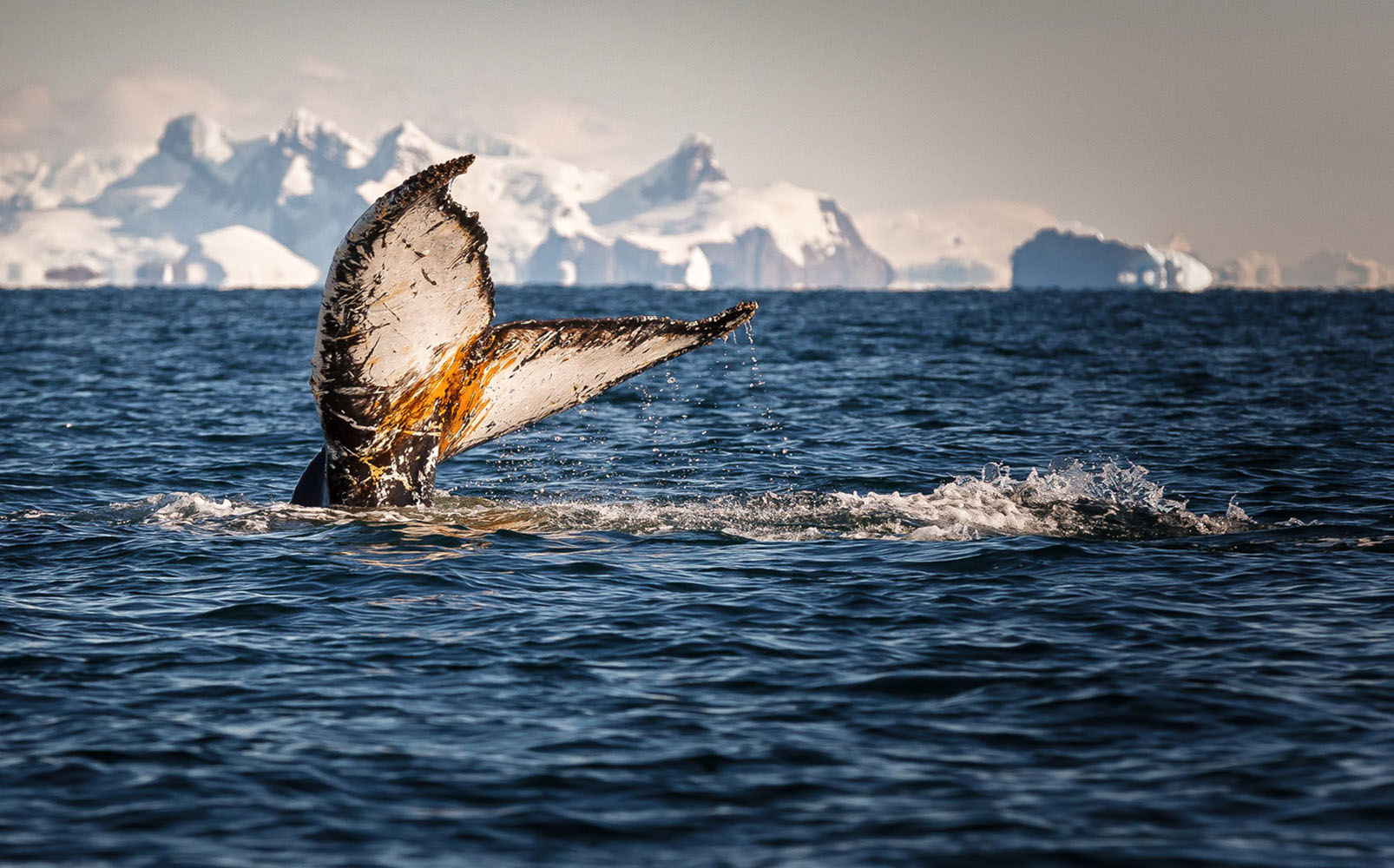 What does the calving of glaciers and ice shelves mean for the environment? Global warming raises water temperatures and causes ice to melt faster in the Artic and Antarctic. Scientists are tracking this and the resulting impact it has on ecosystems and world sea levels.

According to National Geographic, water in the Amundsen Sea has warmed by more than a degree over the last few decades. On the Antarctic Peninsula, it has increased by five degrees. That may not sound like a lot, but it can have a huge impact. New research published in 2017 shows that ice in Antarctica is melting faster than most scientists thought. Even a small increase in global sea levels can have destructive effects on coastal communities.

Interested in learning more about environmental conservation? Check out our partnership with World Wildlife Fund and other corporate environmental initiatives.

Fact #8: We don’t really know what time it is in Antarctica. 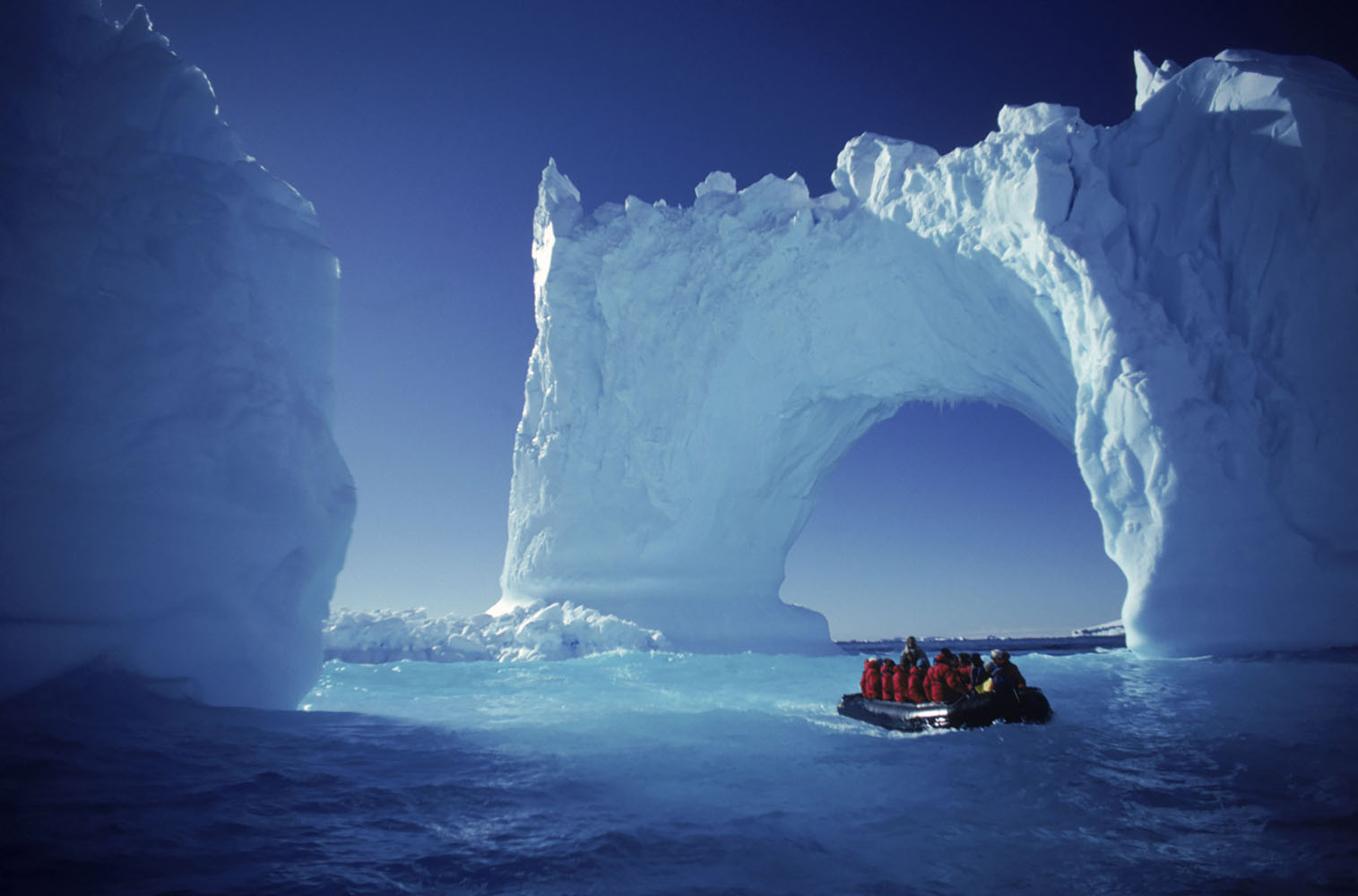 Time zones are dictated by the earth’s longitudes, which come to a point at the South Pole in Antarctica. So, technically, any time zone could be applied to the region. Most research stations select a time zone to observe, based on either territorial claims or geographic convenience. That means some neighboring stations observe differing time zones, despite being on the same line of longitude. Some regions have no selected time zone, and instead, observe Coordinated Standard Time (UTC).

Fact #9: The best meteorites are found in Antarctica. 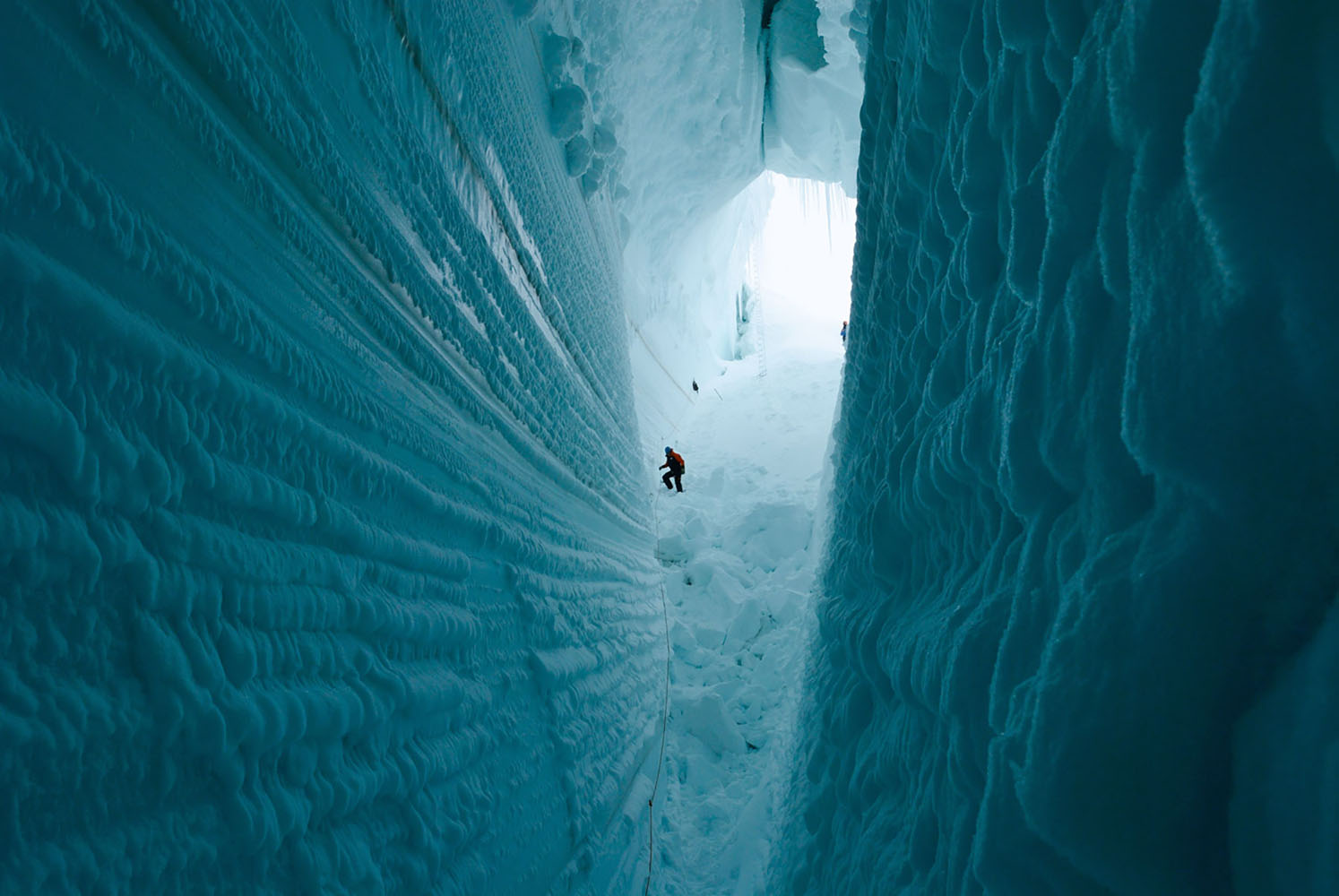 Antarctica feels like the end of the earth, but it’s also a great asset to the exploration of outer space. How? Well, when meteorites fall to earth, they can land anywhere. But when they land in Antarctica the cold, dry environment preserves them. Other conditions, like the movement of ice sheets and high-speed winds, can expose large collections of meteorites in areas known as “stranding surfaces”. Over several decades, more than 20,000 meteorites have been discovered in Antarctica.

The discovery of these meteorites led to the Antarctic Meteorite Collection, which has incalculably benefited planetary science research. Just one discovery made from studying these meteorites is that while most originate from asteroids, some have originated on Mars and the moon.

Fact #10: The Aurora Australis is more elusive than the Aurora Borealis. 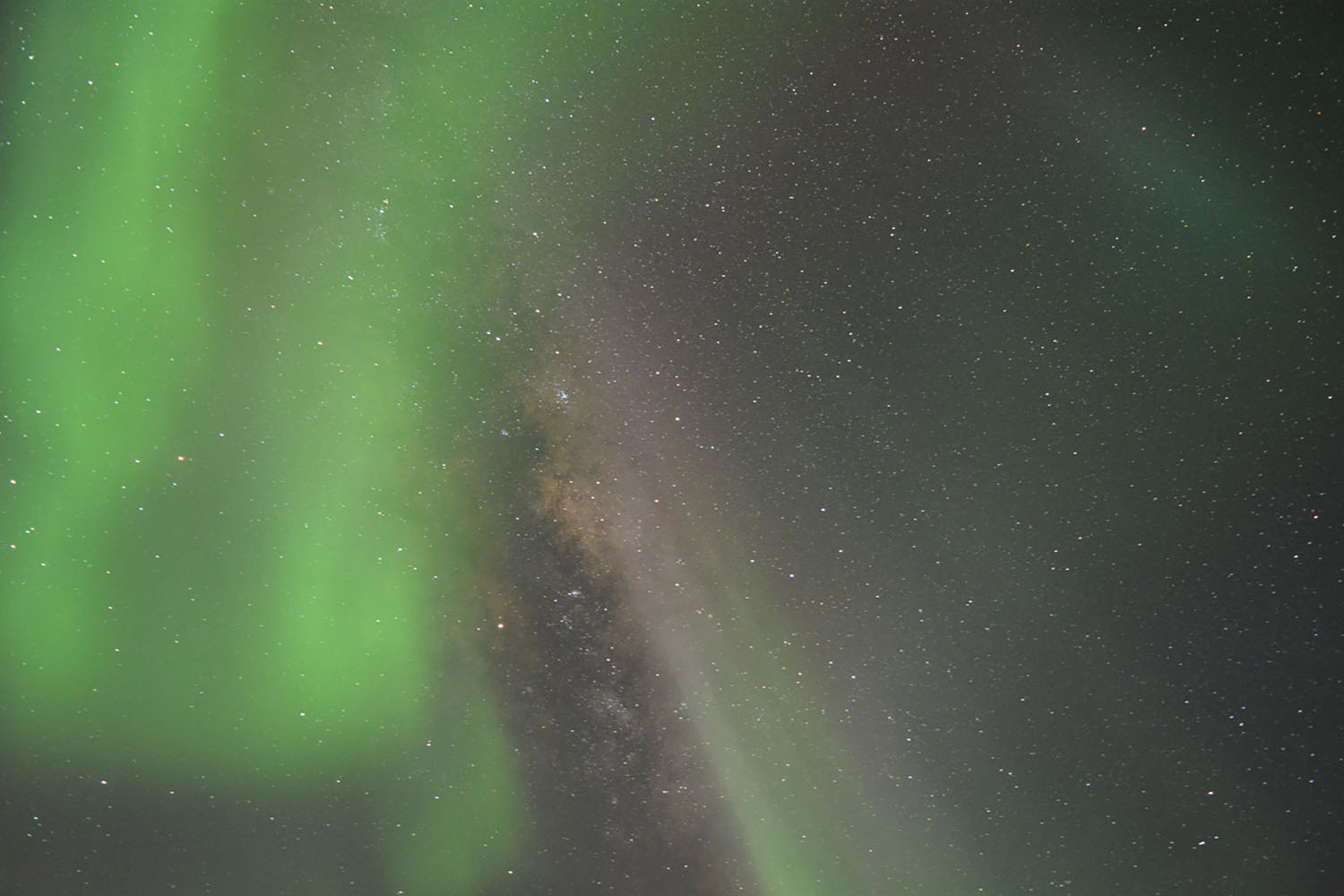 Antarctica is the best place to catch a glimpse of the elusive Aurora Australis, the southern counterpart to the Aurora Borealis or Northern Lights. However, it’s unlikely you’ll see them as a tourist visiting Antarctica. Peak time to see the Southern Lights is during the severe Antarctic winter months, usually March through September. Though it’s unlikely you’ll see this incredible spectacle during the summer tourist months, it’s not impossible. Sightings have been reported year-round.

The Aurora Australis is caused by charged particles from solar winds interacting with gases from Earth. The particles are emitted from the sun and speed toward Earth at unfathomable speeds of more than six million kilometers per hour. These charged particles manage to break through the Earth’s magnetosphere and collide with atoms in our atmosphere.

When the super-charged particles settle, they glow and create the breathtaking display we know as the Aurora Australis. The light can be vivid green, electric blue, bright violet, and more. The color of the lights depends on the particles and altitude.

Bonus Fact: Visiting Antarctica will be an unforgettable experience.

OK, maybe this last one isn’t exactly fact. But here at Azamara, we know it to be true! The image below is from a 2015 voyage. 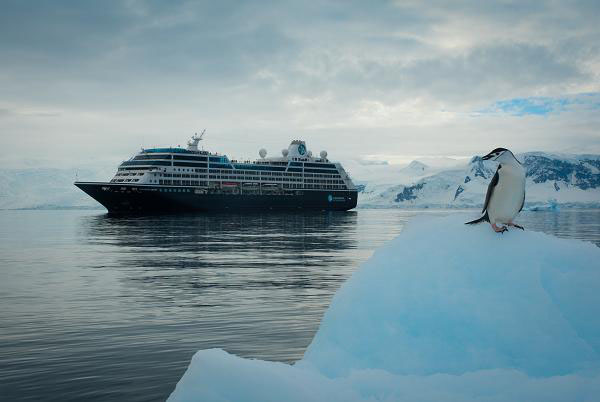 In 2012, Captain Johannes sailed to Antarctica with the Azamara Journey. He said,

“We arrived in ‘Iceberg Alley’, where we were met by spectacular views of floating icebergs with deep blue colors. The three days we spent cruising around the Antarctic Peninsula was the highlight of this voyage. The spectacular scenery of Antarctica left everybody onboard absolutely breathless.”

Captain Johannes said one of the most memorable moments from the voyage was picking ice for evening cocktails onboard.

Cruise Director Eric De Gray says Antarctica is one of his favorite destinations. He said,

“I have been fortunate to be there twice with Azamara. The serenity, majesty, and peacefulness are hard to describe. When our world is bombarded by so much technology, you go there and feel such calmness and appreciation for the Earth, and at one with this environment.”

Have these Antarctica facts and photos inspired you to add this frozen paradise to your travel bucket list? You’re in luck. Azamara is offering a 17-Night voyage to Antarctica, embarking on January 6, 2019 round-trip from Buenos Aires, Argentina.

From Antarctica With Love – Captain Johannes Tysse Seeing Antarctica is a typical "line item on the bucket list" and a dream for many people.For all...