Home/Blog/The Next Place You Should Travel Is Myanmar
Lee Abbamonte
By Lee Abbamonte on Thursday, December 11, 2014
Share The Destination Immersion® Experiences Blog
FacebookTwitterLinkedinPinterest

For decades, and really for centuries, Myanmar was a place that was almost taboo. Nobody really went there and if you met someone who went there, it was really exciting. Nowadays, Myanmar is one of the fastest growing tourist destinations in the world with luxury cruise lines and hotels moving in at lightning pace - and with good reason, because Myanmar is a fascinating place. 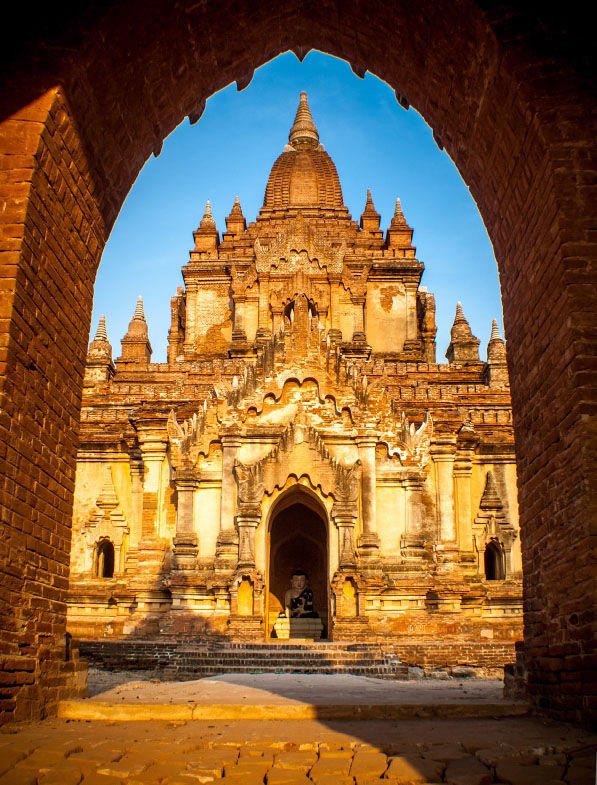 Myanmar (or is it Burma?) can be a bit confusing. Yangon (or is it Rangoon?) the former capital and largest city is a fabulous city to visit and one of the best in Southeast Asia. It is certainly less developed than bigger Southeast Asian cities like Bangkok, and there are little nuances around every corner.

My favorite place and the most famous in Yangon is the Shwedagon Pagoda. I highly recommend visiting in daylight and at night to really get the feel for it. It’s great to see it in its shiny daytime glory or in its regal nighttime prowess. Either time of day, a walk around the sacred grounds will give you chills and make you appreciate the fascinating culture that is Buddhism. 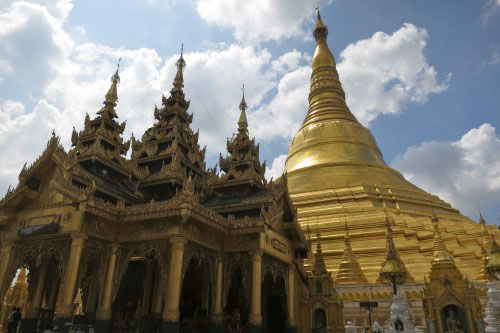 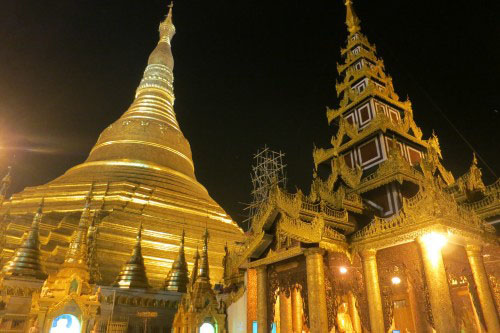 Photos of the Buddha Building and Shwedagon Paya at day and night courtesy of Lee Abbamonte.

Myanmar is more than just Yangon, and has much to offer. First and foremost, Bagan is one of the most spectacular sites in Asia. The sprawling temple complex is both picturesque and inspiring. To see it at first light is a real treat and something that shouldn’t be missed.

Further along in the north of Myanmar is Mandalay. Mandalay is more than just a casino in Las Vegas; it is the economic and religious hub of the north and home to more than half of the monks in Myanmar. The city is centered around the Royal Palace and is well worth checking out if you’re in Myanmar and have some time to get up north.

Finally, there is the Irrawaddy River; which flows north to south and is the most important commercial waterway in Myanmar - perhaps even more important than any road in the country! The Irrawaddy is great for cruising, sightseeing and just taking it slow from the country’s north emptying out into the Andaman Sea in the south. It’s an experience not to be missed in Myanmar.

So my advice is go to Myanmar, go now and go quick before the mass tourism machine takes it over - it will and it is. See the Southeast Asia you want to see before it’s too late, and in the meantime have an amazing experience in an amazing place.

Azamara has two upcoming voyages calling on Yangon, Myanmar, and both include two overnight stays in port.

Our brand-new Land Program combines land and sea travel in a way that promises authentic, enriching experiences for explorers across the globe. Immerse...

Five Countries We Can't Wait to Visit in 2022 - Mediterranean Edition

Susan Sontag once said, “I haven’t been everywhere, but it’s on my list.” And here at...