Live From Onboard The Azamara Quest: Puerto Princesa, Philippines

A few years ago, the Puerto Princesa Subterranean River was named one of the new seven wonders of nature. At the time, it was one of two that I had not been to: the other being Komodo Island. So when the opportunity for this cruise on the Azamara Quest came up and I saw I could visit the last two remaining new seven wonders of nature on the same cruise, I jumped at it. But I must admit, when the Puerto Princesa Subterranean River won that title, I was skeptical. I didn’t really know anything about it and it was never on my radar. Well it certainly is now…it was phenomenal! 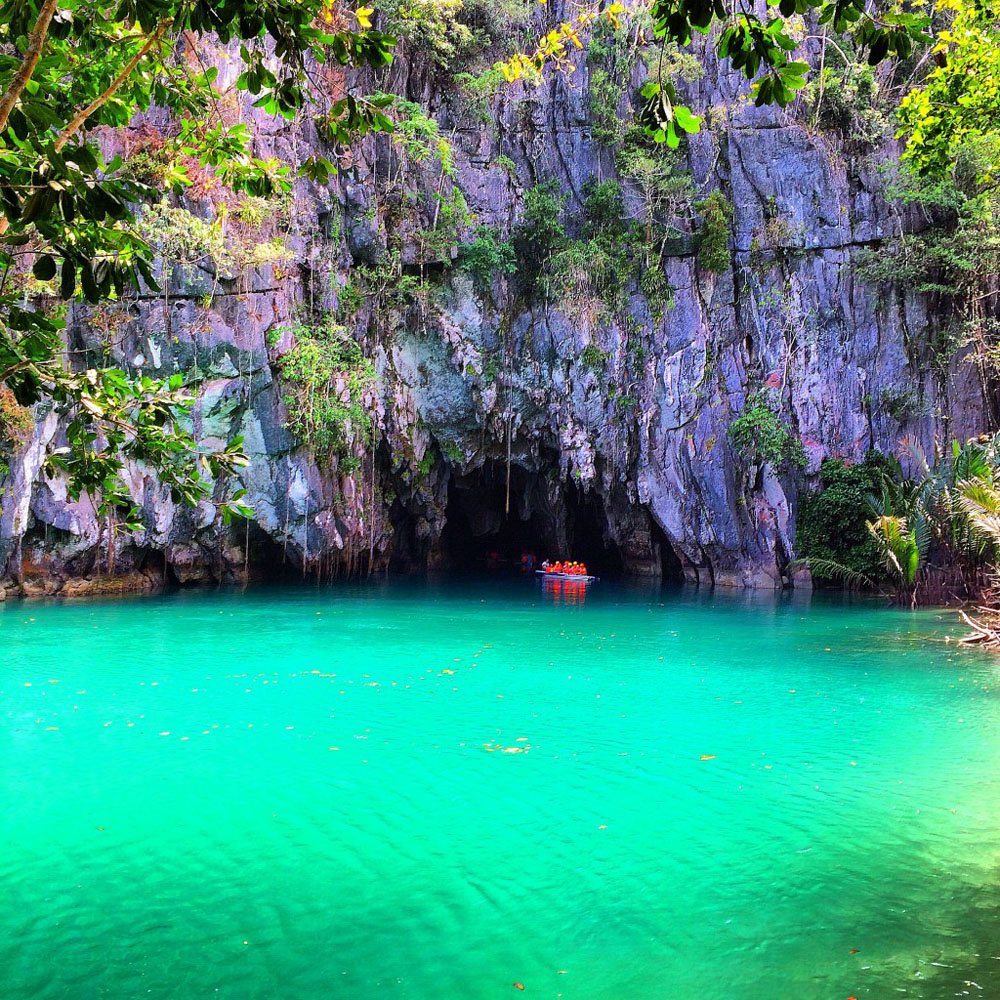 Puerto Princesa Subterranean River National Park is about a two-hour drive from Puerto Princesa, the main port and airport on the stunning island of Palawan in the Philippines. The drive is windy, crowded and absolutely gorgeous.

When you arrive at Sabang to a wonderful view down the beach toward where Puerto Princesa Subterranean River National park is, you must get on an outrigger boat; which are famous in the Philippines. From the Sabang dock, it’s a 30-minute outrigger boat ride to the entrance of Puerto Princesa Subterranean River National Park. You will get a little wet on this ride if you sit in front as I did, but it’s really hot so whatever!

The beach and surrounding cliffs at the entrance beach is off the charts. It’s the perfect Southeast Asia scene and just what you picture from a picturesque Asian beach. I could have stayed there all day swimming and taking photos. 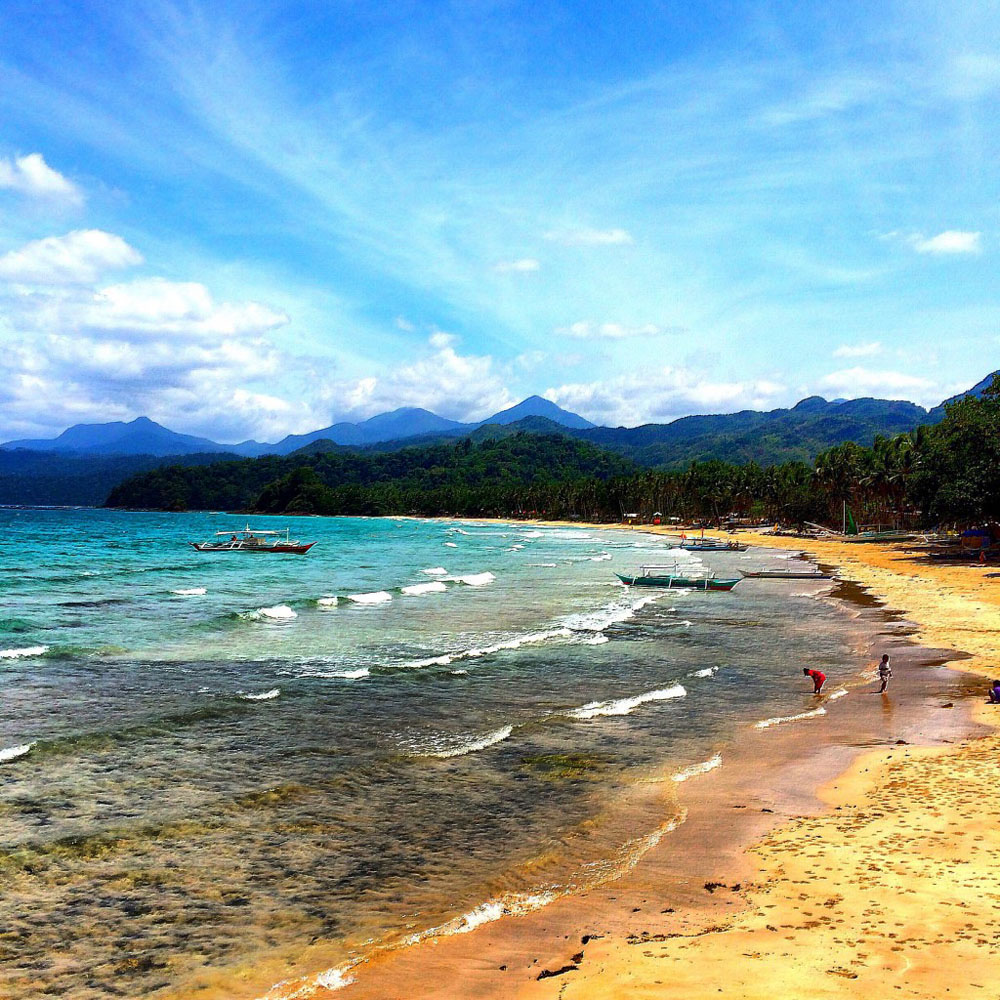 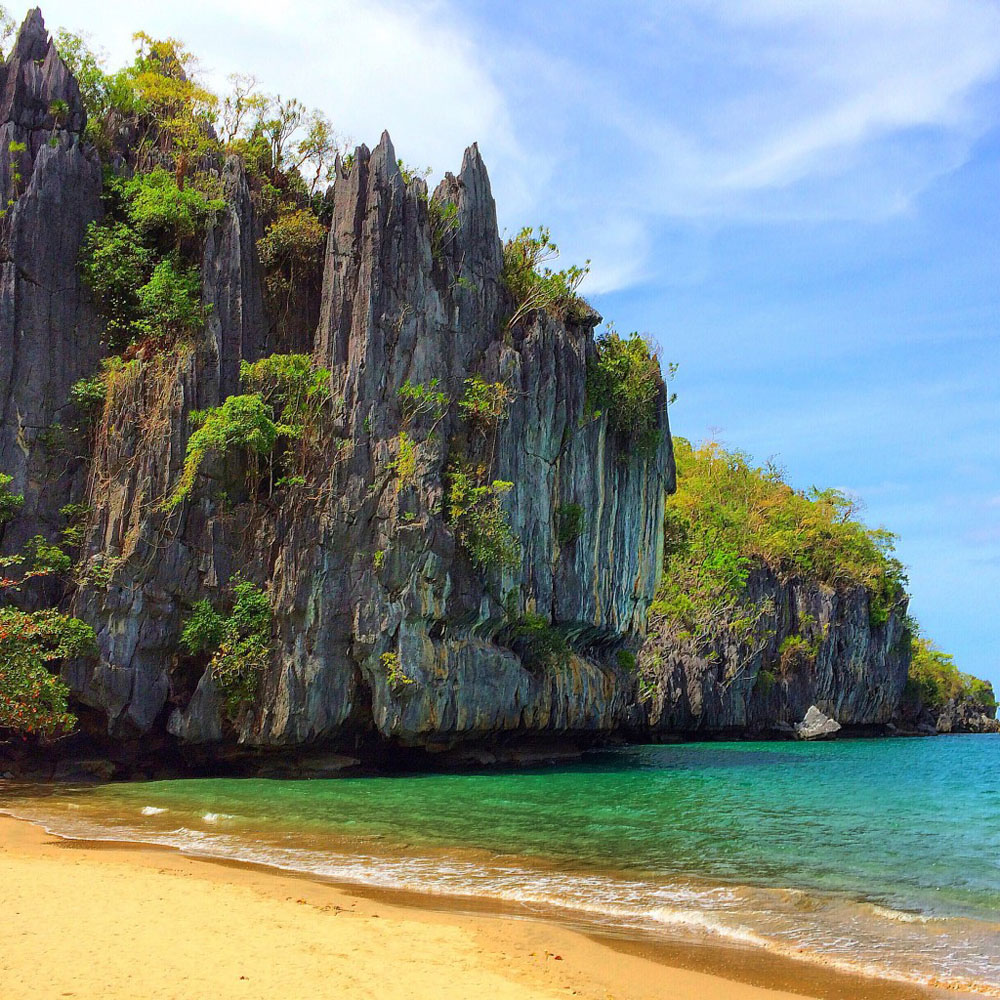 It’s a five-minute walk to the where you get on a small outrigger canoe to enter the Puerto Princesa Subterranean River cave. This is truly one of the most beautiful entrances and settings I’ve ever seen. The crystal clear greenish water is to die for and you will be mesmerized at its beauty.

There’s a very small area where you hop on the canoes and they stagger the groups so there’s fewer people; which is a good thing. For photos, there’s an awesome tree that lies out over the water that you can climb on to take great shots of the cave or with you in them. 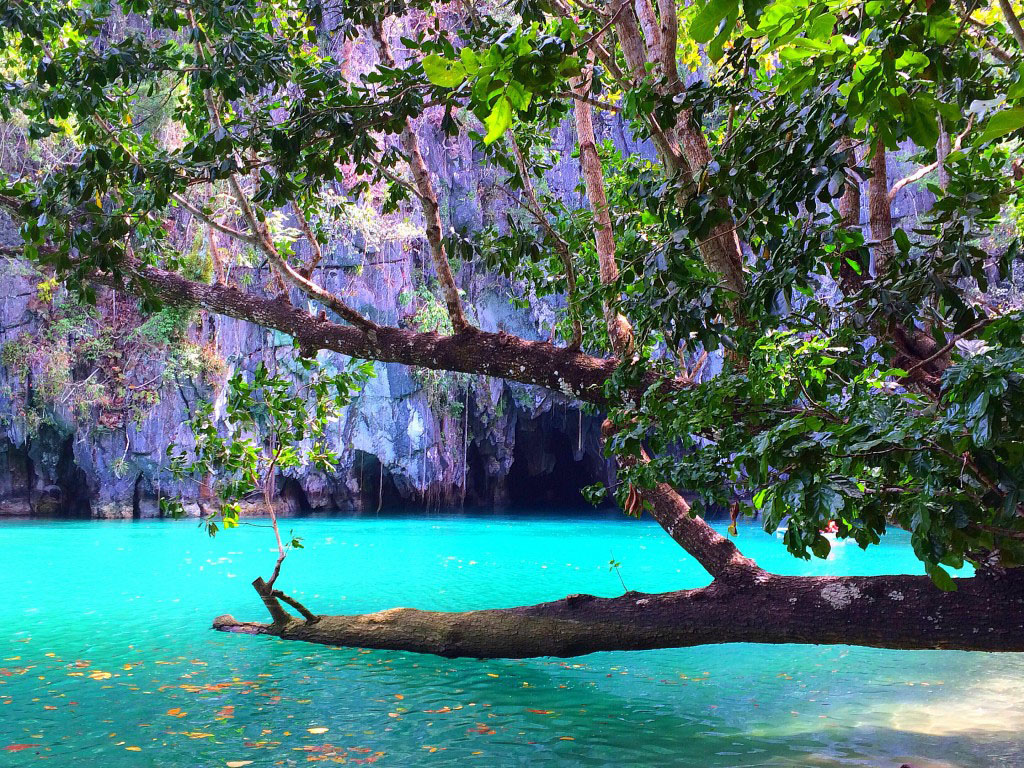 Once in the cave it is really dark. The guide will have a light in the front to highlight some awesome rock formations and of course the bats on the ceiling. There will be a driver who kind of acts like a punter that you’d see in Venice, Italy but instead of singing, he cracks jokes. Our guide and driver were excellent and really funny.

It’s difficult to take good photos in the cave because it is so dark but that makes for a better experience overall because you’re really focusing on what you’re seeing and doing. It’s like another world in the cave and the underground river goes on for over five miles (or eight kilometers). 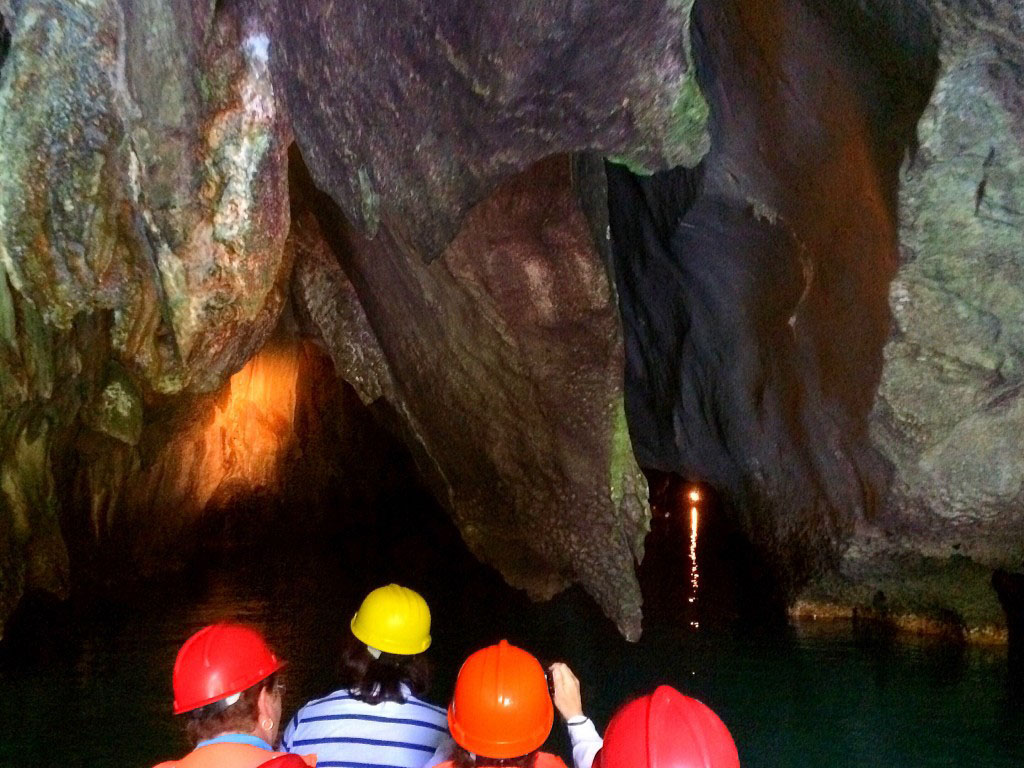 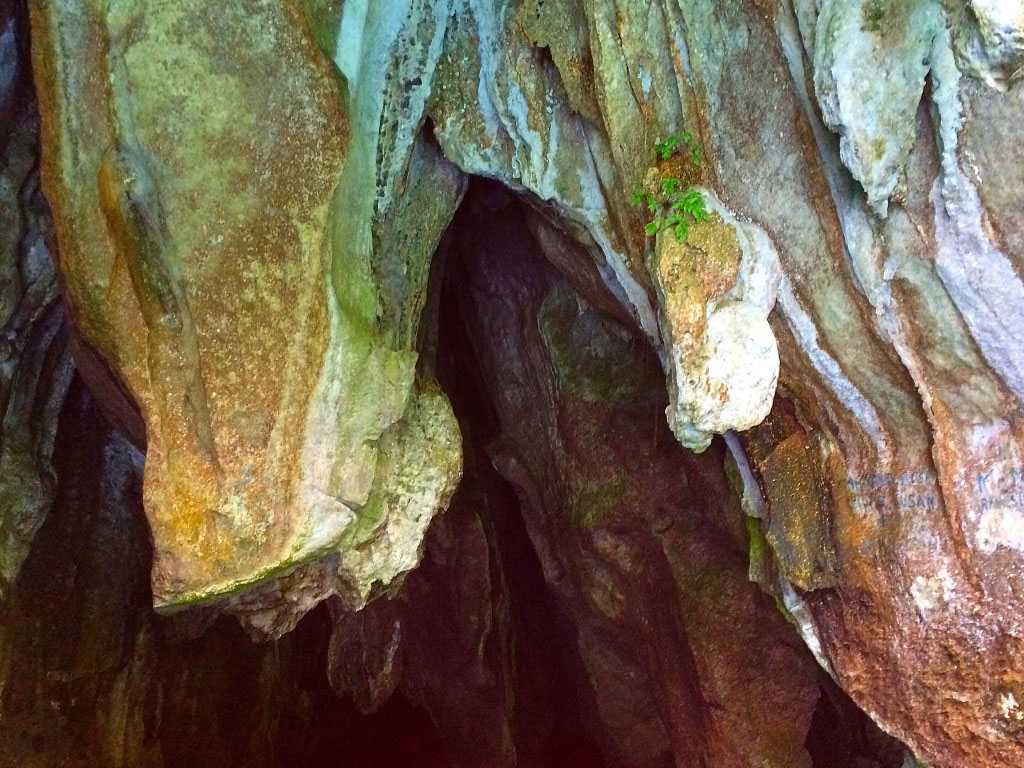 We were underneath for about 45 minutes in total and I could have stayed there for hours. It really was a fascinating place and so massive that it was mind-blowing. I was truly surprised about how impressive it was. I really didn’t expect much to be honest and that’s my fault because I just didn’t know better. But now I do and I am telling you how good a trip it is and it’s well worth going out of your way to get to the Puerto Princesa Subterranean River. It will blow your mind!

Visit Komodo Island and Puerto Princesa, just like Lee has, in 2016!

Music needs no translation to be understood and appreciated. It’s a cultural expression that transcends boundaries and borders, and offers an authentic...