A little less than a year ago, we announced the arrival of our exciting new Land Programs — sharing even more of the traditions and wonders of the world with you. The Land Programs go beyond beautiful port cities, and in the process, have completely reimagined what it means to share the best of land and sea travel.

Today, we want to share a story with you — one that we heard from Carina, who has worked for Royal Caribbean for 15 years. Recently, she returned from a trip to South Africa that included taking part in the Victoria Falls and Chobe National Park Land Program with Micato Safaris. Carina joined the first group of 38 guests on this excursion and was eager to share her experience and their thoughts with us. Conversely, we thought it would be a great story to share with you. After all, it's one thing to see an itinerary, and another to hear firsthand just how special these Land Programs are.

This is Carina's story.

From the moment Carina arrived in South Africa, she knew she was going to be well taken care of. She was greeted at the Johannesburg Airport by Simone from Micato Safaris, because Simone was holding an Azamara sign, it was easy for Carina to locate her. Simone helped Carina by organizing her transfer to the Four Seasons-Westcliff hotel. Having the details previously arranged was something Carina really appreciated, and she experienced this personalized attention throughout her trip. 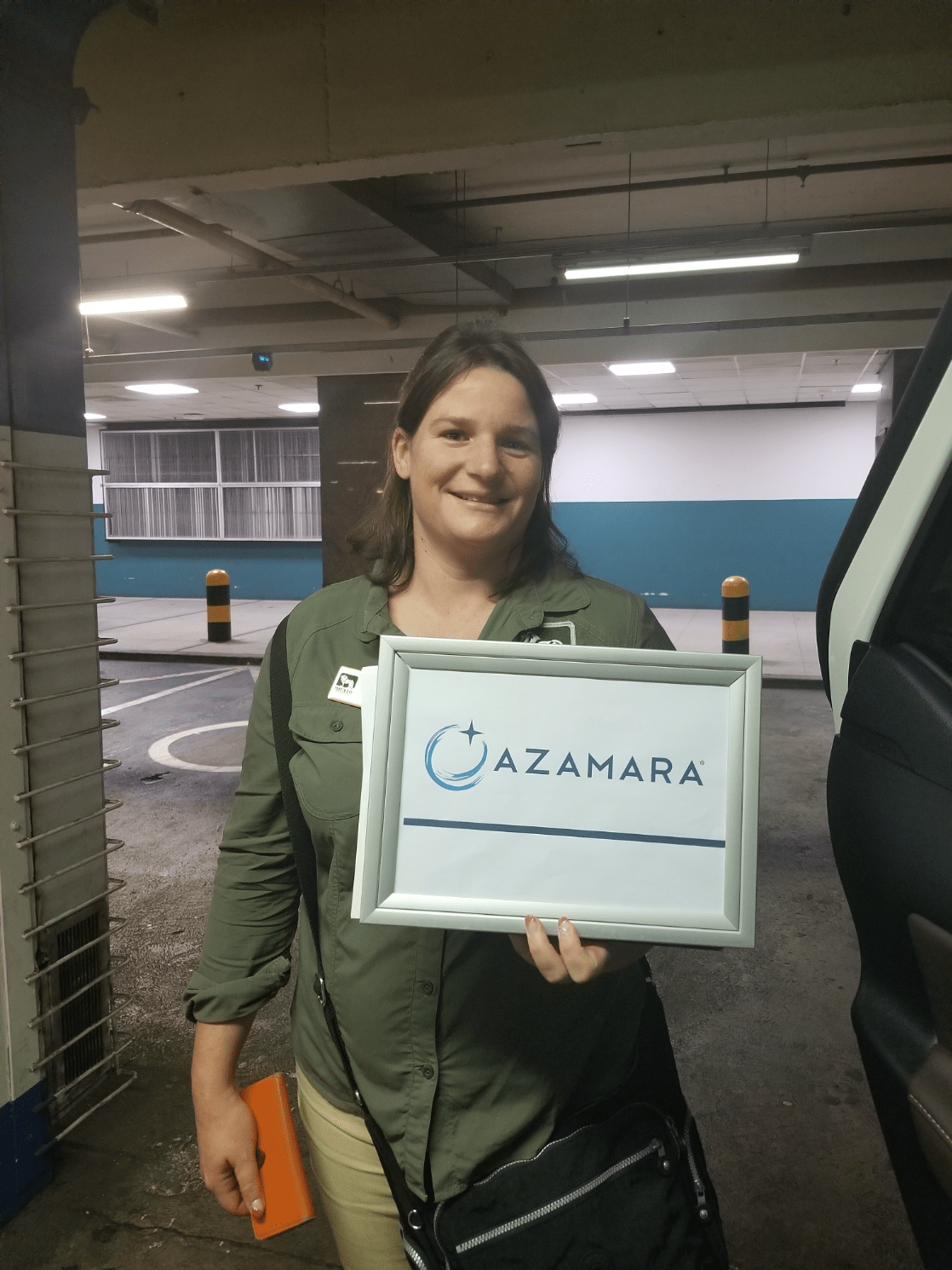 When she arrived at the Four Seasons-Westcliff, she was welcomed by George, who would guide their group for the duration of the Five Night Pre-Cruise program. Carina was instantly taken by the hotel's charm, describing it as "A chic hillside village with views overlooking Johannesburg." Once she was settled, a welcome briefing was scheduled. This was a fantastic way for everyone joining the Land Program to meet each other and hear about all the exciting activities planned for the days to come.

The following day, Carina and her fellow travelers flew to Victoria Falls, where they checked in at the Victoria Falls Hotel. For more than a century, the rooms here have been Zimbabwe's classic five-star accommodations. The views are simply magnificent, and Carina was instantly enchanted by Victoria Falls' spectacular vistas. In the early evening, she got an even better look when everyone boarded an authentic steam train that made its way to the Victoria Falls Bridge. Here, the group enjoyed dinner and drinks, along with fantastic musical entertainment.

Standing in the Shadows of Wonder

After a comfortable sleep in the Victoria Falls Hotel, the next morning, travelers were divided into small groups for a walking tour of Victoria Falls. The smaller groups made it easier for tour guides to share their insight, as well as provide one-on-one attention to answer any questions or address any needs. Micato Safaris even offered rain gear to wear in case guests needed it near the falls (spoiler alert: they did)! Everyone agreed, the falls certainly lived up to their reputation. 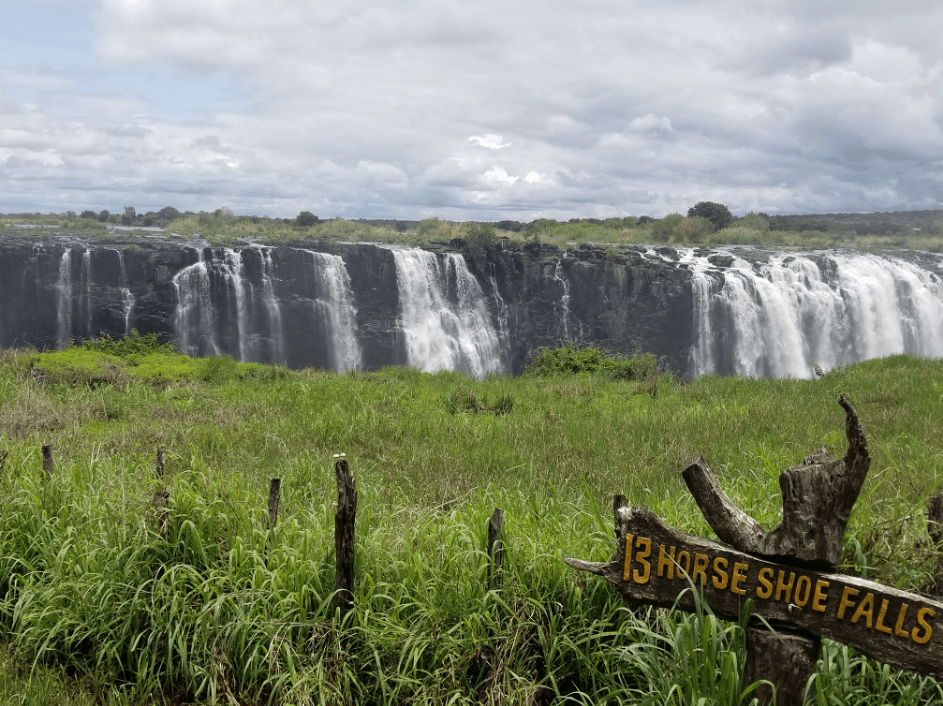 After lunch, Carina had time to rest before the group embarked on a sunset cruise along the Zimbabwe river. Drinks flowed, and hors d' oeuvres were enjoyed under the glorious glow of a spectacular South African orange sunset. Later that night, back at the Victoria Falls Hotel, everyone was entertained and delighted by a local folkloric show during dinner. 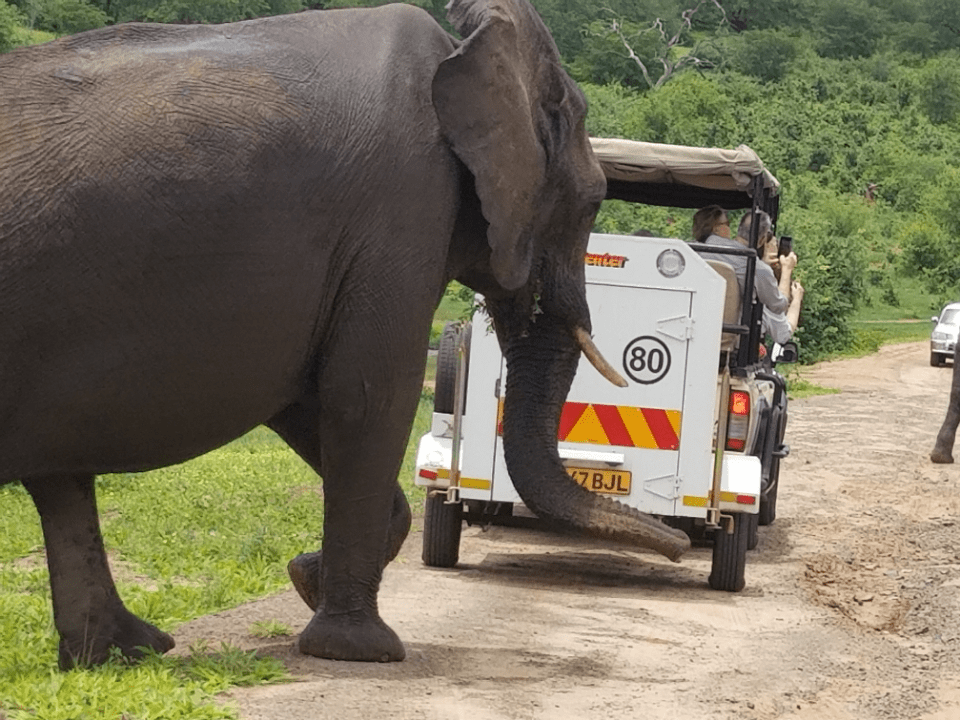 From here, Carina and her travel companions bid a fond farewell to Zimbabwe. They were off to Chobe National Park in Botswana. Along the way, everyone was abuzz at the prospect of seeing Africa's "Big Five" — the lion, leopard, rhinoceros, elephant, and Cape buffalo. Upon arrival in Botswana, they were greeted by Heather and Sid, two Micato Safari guides. Helpful and informative, these guides helped everyone transfer from the coach to their safari vehicles for the drive to the Chobe Game Lodge. Located inside the world-famous Chobe National park, the Lodge was home for the two following nights. Even before arriving, guests were treated to a moment they'd remember forever as they drove by a herd of elephants. Needless to say, they were thrilled! After check-in and lunch, there was time to explore the property — an elegant five-star safari lodge with colorful local décor. Later that afternoon, it was time for the first safari. Guests were treated to a cruise along the river, where they saw crocodiles, hippos, and more elephants. As the sun began to set, they returned to the hotel, where it was time for a delicious dinner under the stars, surrounded by torch lights. 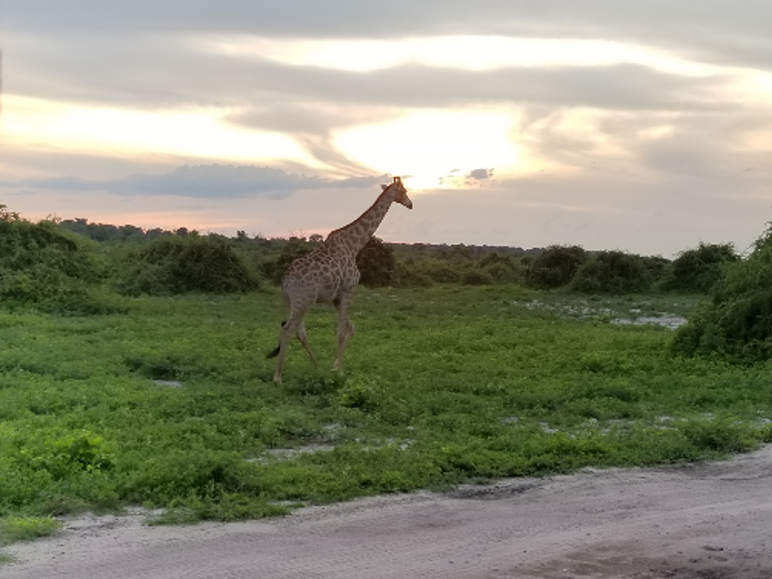 Carina decided to retire early, and it's easy to understand why — the next day started with a 4:30am wake up call. Despite the early hour, Carina said, "You could feel everyone's excitement. There was electricity in the air at the thought of the wildlife that awaited us!" Guests were divided into groups of six (meaning window seats for all!), and set off in their safari vehicles with their tour guides. "It was such a special experience," Carina said, "We got to see impalas, monkeys, and a leopard! The excitement continued on the afternoon cruise, where we saw a family of elephants with their young ones and Cape buffalos. Then, on the evening game drive, we saw our first giraffe."

As if saving the best for last, guests departed at dawn the next day for their last game drive. As they made their way through Chobe, they were absolutely thrilled to come across a lioness with her cubs, and two male lions in their full glory. "The Tour Guides could not have planned it any better" one traveler said. 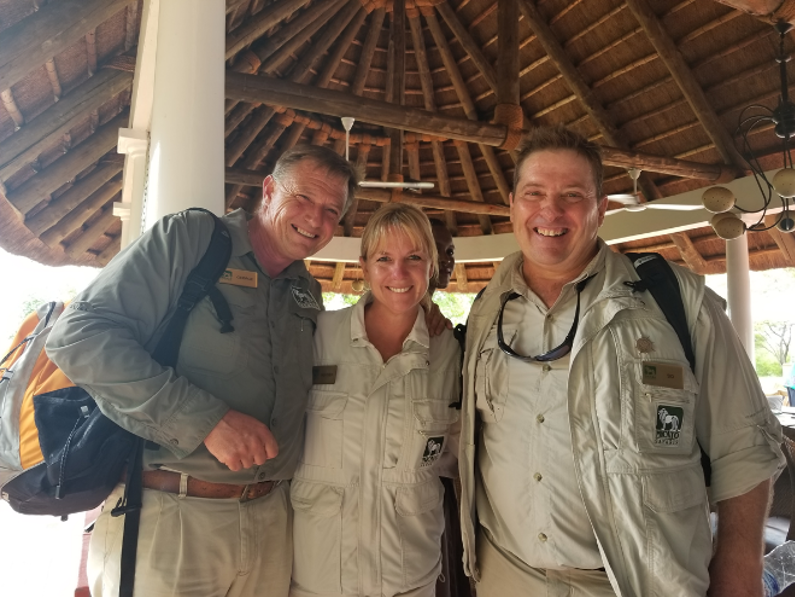 From One Adventure to the Next

With that, it was time for everyone to make their way to the airport, where they were off to Cape Town for an unforgettable cruise aboard the Azamara Quest. Guests said their goodbyes to their tour guides and began on the next leg of their journey. Along the way, Carina says that everyone was talking about the experiences they'd just shared together. They loved the way their guides took care of them, the accommodations and meals were incredible, and, best of all, they got to see four of Africa's famed Big Five. One traveler shared that, for them, this was a "once-in-a-lifetime opportunity," and they were so happy to be able to cross a South African safari off their bucket list. We think Carina said it best when she shared that, "The group came in as strangers, but left as friends, looking forward to seeing each other again onboard the Azamara Quest." 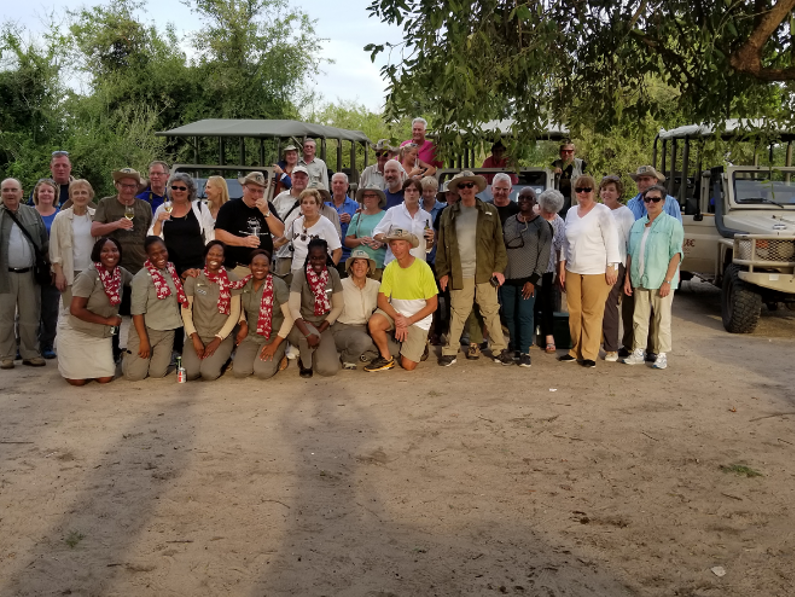 Our Land Programs are more than a perfect way to explore the world — they're an opportunity to make memories that last a lifetime. From natural wonders to quiet moments immersed in local cultures — the Land Programs provide a whole new perspective and appreciation for this place we call home.

You can learn more about the Victoria Falls and Chobe National Park Land Program here, and explore all of our Land Programs here.

Exotic, enigmatic Africa. It’s a continent where you can check the Big Five off your must-see list on an unforgettable safari. Stay in luxury hotels,...

The Land Program in the News

On June 18, we announced the arrival of our Land Program—charting a new course that takes guests beyond the world’s most beautiful ports to immerse...