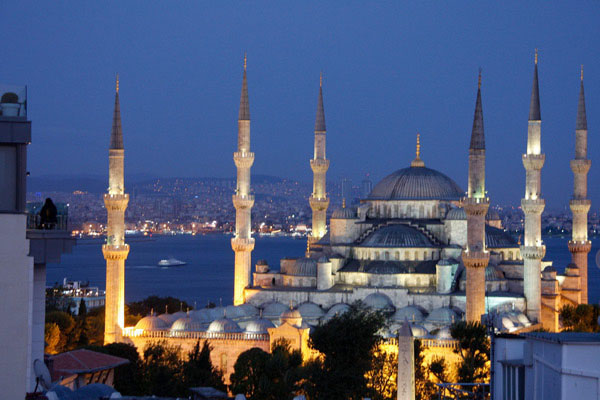 Istanbul is a transcontinental city that is divided by the Bosphorus into a European side where the historic center is located and the Asian, Anatolian side. Istanbul is best viewed on foot and while the city is hilly, it is a great walking city with no shortage of world-class sites to visit.

No visit to Istanbul is complete without visiting the Hagia Sophia, the Blue Mosque, Topkapi Palace, the Grand Bazaar, Sultanahmet and Taksim Square. But there is so much more to Istanbul than just sightseeing. Istanbul is best experienced rather than simply seen. 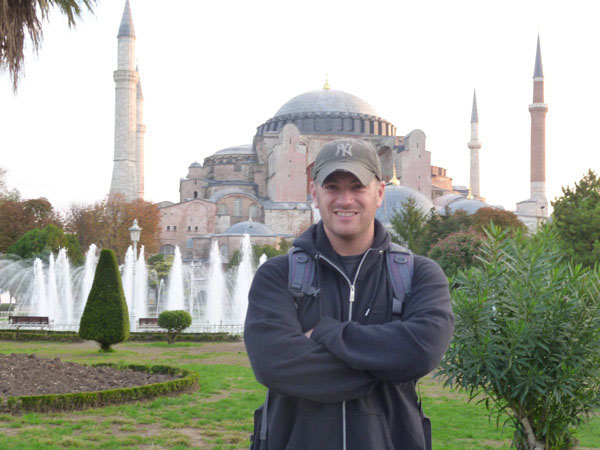 Here I am at the Hagia Sophia.

Walk the old streets, alleyways and bazaars. Smell the air, the spices and aromas of two millennia of history and fall in love with the taste of the amazing street food that is inescapable in Istanbul. Top it off with some Turkish delight and you’ve had a hell of a day!

Don’t plan too much in Istanbul, just take it as it comes. Traffic can be brutal and streets can get crowded but that’s all a part of this amazing city. Istanbul exemplifies the old and modern worlds coming together as well as any city in the world.

In Istanbul you can go out clubbing and partying until the wee hours; which is a rarity in a Muslim society. The bourgeoisie and the jet set crowd of Istanbul are educated, they are trendy and they are as hip as New York, London or Paris.

Istanbul is also a great place to catch some world-class soccer and sports. There are three major European football clubs in Istanbul boasting some International superstars. I can honestly say that going to a match in Istanbul is a real treat and they love their soccer.

Fenerbahçe, Galatasaray and Beşiktaş are the three major teams. Istanbul has also hosted major sporting events such as the Champions League final at Ataturk Stadium along with the recent FIBA Basketball World Championships-won by the United States.

I could go on and on listing amazing things about Istanbul but I cannot reiterate enough how important it is to simply experience Istanbul and take it all in. Let the city come to you because believe me-it will!

Istanbul is a city for the senses. You taste it, touch it, smell it, see it and you will definitely hear it. Istanbul is unabashedly awesome.

Azamara has several sailings to and from Istanbul in the coming months and I look forward to going back to Istanbul with Azamara in the fall to re-experience this amazing city! 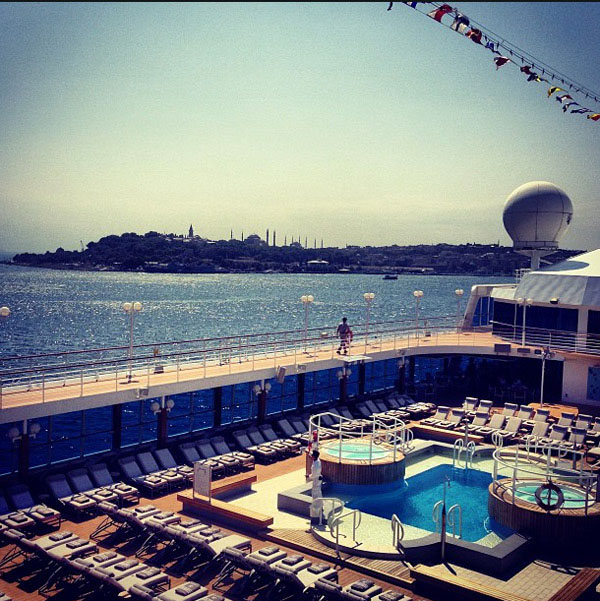 Sailing out of Istanbul by Azamara guest Ogulcan.

A Sea Day and Chef’s Table Dinner After three fun-packed but foggy days in San Francisco, guests were happy to see the sun shining on Sunday morning!...

Seven Things to do in Croatia

Croatia has seen a sort of transformation recently, one that has taken it from a hidden gem of coastal delights to one of the hottest travel destinations...

Montenegro: Hidden Gem of the Balkans

Montenegro is a small European nation that not many people know about, but everyone should. Born out of the 1990s war that created the new Balkan...