Dunedin, New Zealand is unlike most settlements in Australia and New Zealand as Scottish rather than English immigrants settled it. Originally they were going to name it New Edinburgh but settled on Dunedin; which is actually a derivation of Edinburgh’s Gaelic name. Today, Dunedin is nicknamed The Edinburgh of the South, and you’ll find a statue of beloved Scottish poet Robert Burns in the center of town. 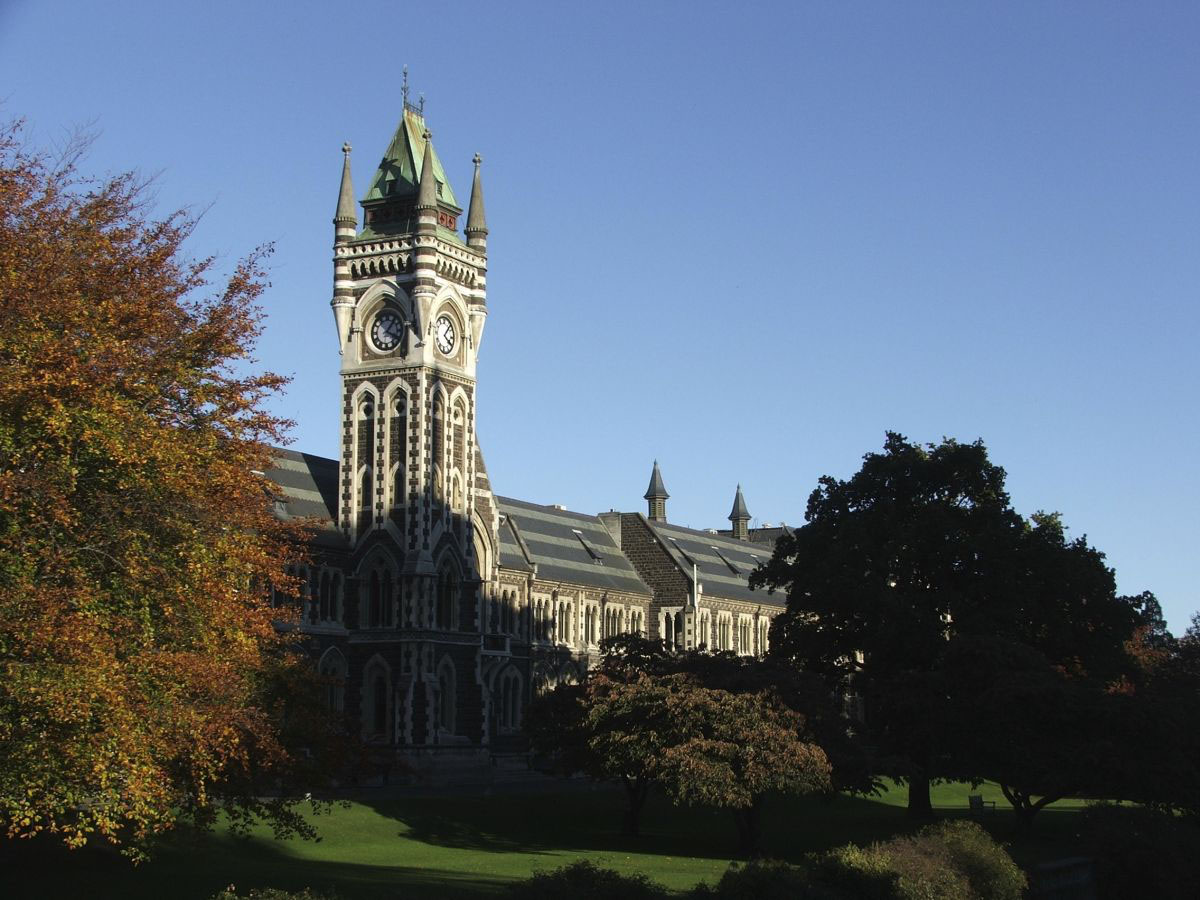 The city’s other major landmarks are the railway station, town hall, and Baldwin Street – the world’s steepest street! George Street offers some good shopping, and there’s a brand new stadium that hosted a few matches during the 2011 Rugby World Cup – won by New Zealand. However, the main thing that draws you to Dunedin is the area that surrounds it.

The Otago Peninsula is home to unique wildlife, great beaches, and breathtaking views, making it an interesting place to visit.

I joined the Azamara Quest cruise ship in Dunedin after driving in from Queenstown and before my bags were unpacked I was on a bus to the Otago Peninsula. The Otago Peninsula is a beautiful area with winding roads and steep hills that are full of wildlife. (I should also note there is a famous train trip to see the Taieri River Gorge; I didn’t join due to time constraints but it’s supposed to be excellent.) 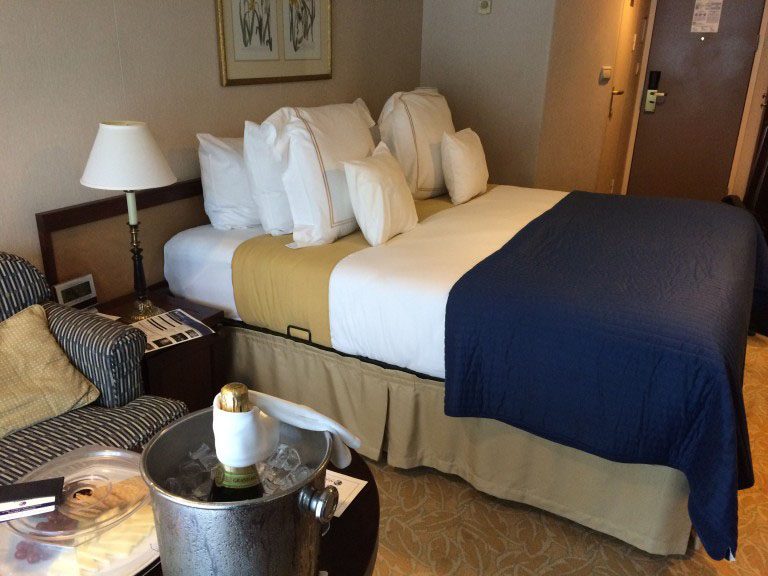 I spent the majority of my time on the Otago Peninsula at Natures Wonders Farm. It was pretty cloudy and had just rained which meant it was very muddy. Luckily they have these odd-looking, but impressive 8-wheel machines to take you around although I still got covered in mud! 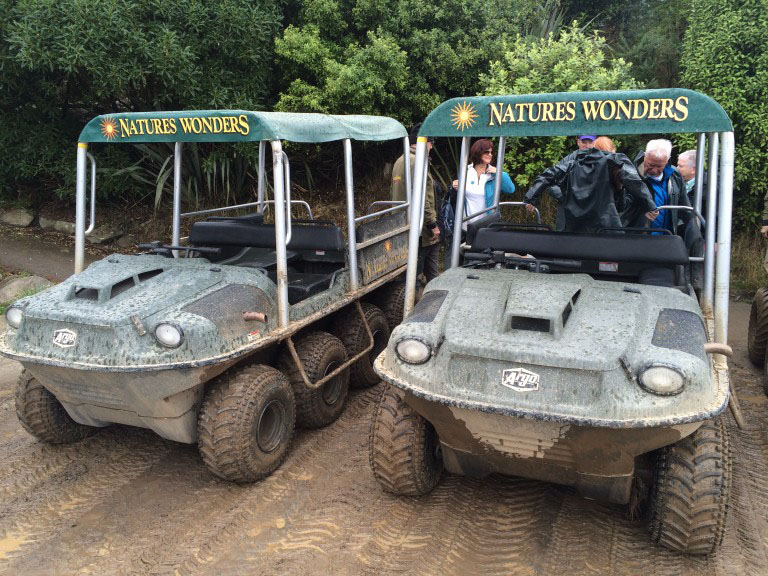 The farm features sea lions, who'd just had birthing season so there were lots of babies walking around. Also, there were a crazy amount of birds including albatrosses. I’m not a birdie (aka a bird person) but albatrosses are pretty impressive to see in person with their massive wingspan. 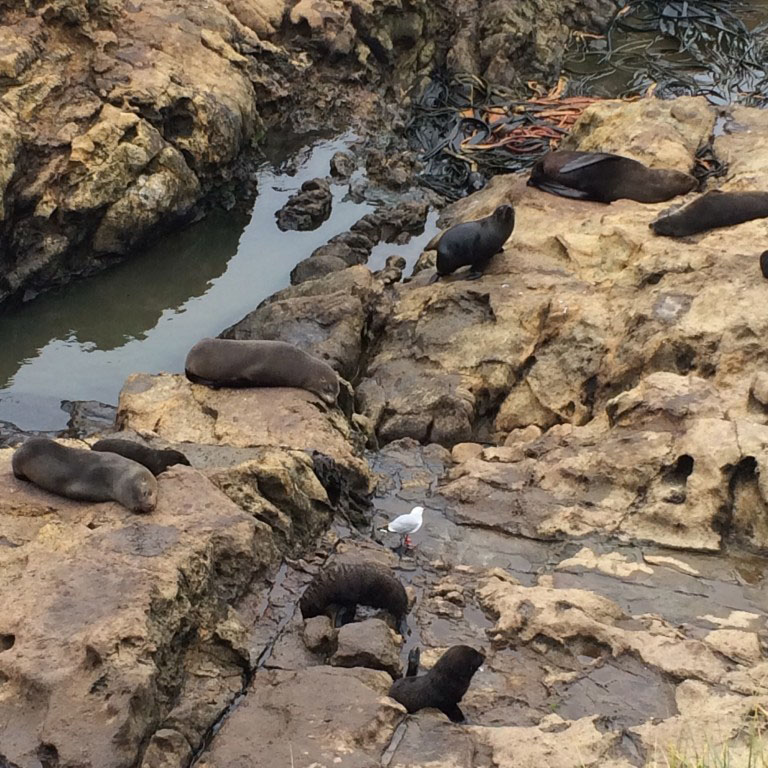 To me, the most impressive part of the Otago Peninsula was the sheer natural beauty of the place. Its unspoiled landscapes are tough to beat. On a clear day the views would be even more spectacular, but despite the clouds, I was impressed. 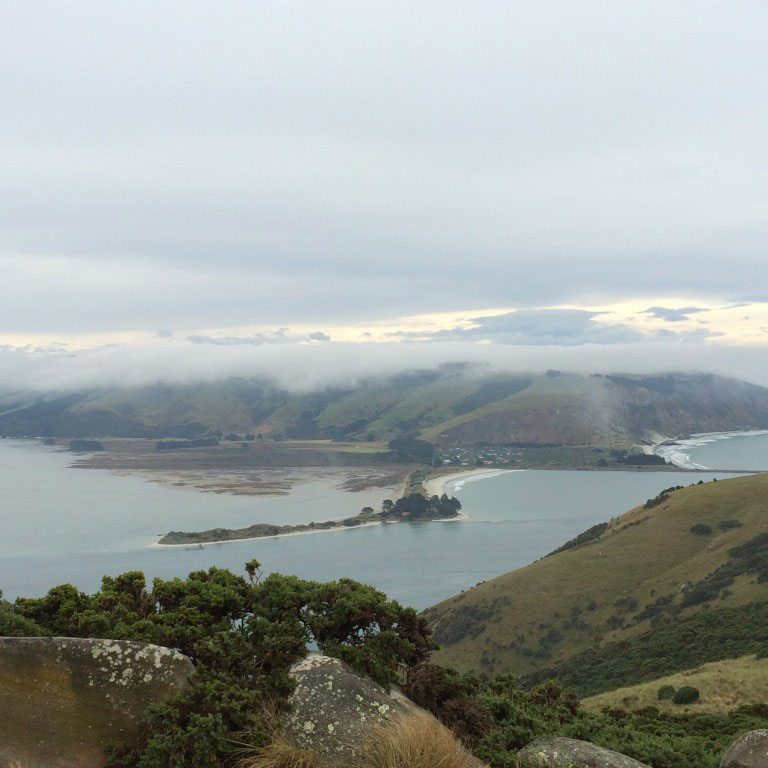 But that’s what New Zealand is all about. It’s one of the most beautiful places on Earth and I feel so lucky that I have the next week in this country to visit some old and new places. In 2003, I spent several weeks on both islands and I have been back a half dozen times since, but always in and out of Auckland going other places in the pacific. So I am stoked to be back and look forward to sharing my journey on board the Azamara Quest with everyone!

Azamara will return to Dunedin, New Zealand in 2017 and 2018. Browse their voyages here.

Edinburgh, Scotland is a great city that is often overlooked by many travelers. Aside from being a great destination in and of itself with some amazing...

How to Spend 36 Hours In Dublin

“When I die, Dublin will be written on my heart.” – James Joyce Overflowing with charm like a pint glass at a local pub, Dublin will leave an...