Captain Carl was in Miami on Thursday, March 27 with the Azamara Quest and sent us this fantastic story! Without further ado, here’s Captain Carl:

Wow, what an incredible day. I was invited by Nigel Marven to do some filming for his latest venture, "Cruise Ship Naturalist", with some alligators in the Everglades, 45 minutes outside the Port of Miami.

We arrived alongside early, and after guests disembarked, I joined Nigel for the drive to the Everglades Outpost Wildlife Rescue center. When we got there, we met the owner, Bob, who took us through his site and into the Alligator Enclosure. He then gave me some basic safety training on how to catch an alligator. This boiled down to holding on tightly to the tail end, and staying away from the end with the teeth in it!

Induction complete, we waded into a pool with six alligators, and he showed me how you take the alligator by the tail. Gently, then move towards the shore, again, gently, and haul it out onto the beach. His alligator was about six feet long, and incredibly impressive. 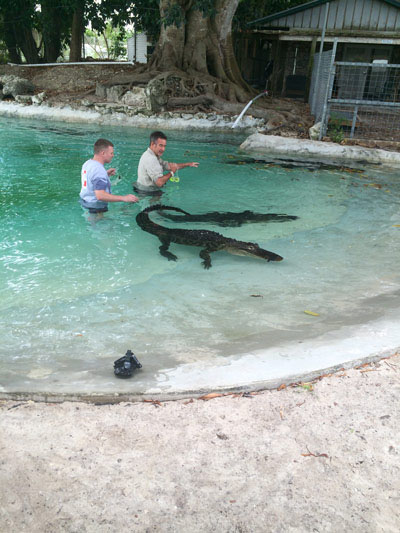 In we went, masks on, and swam across the pool to "my" alligator, whose name is Casper. Casper was lying on the bottom of the pool, so I had to dive down, grab him by the tail - gently, and pull him towards the shore. 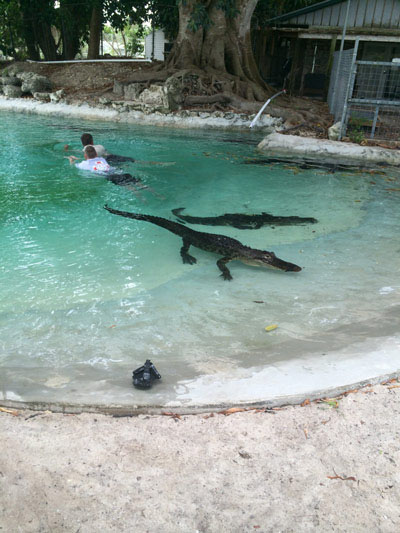 Easier said than done, Casper was not interested in going backwards, and needed to be tired out a little first. On the third attempt, I managed to haul him to the shore, very slowly, and then, when I was standing on dry land, heaved him all the way onto the beach.

Only then did I realize that Casper was eight feet long, and weighed in at 240lbs! 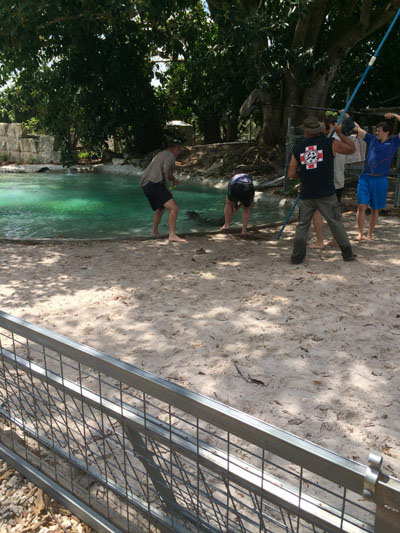 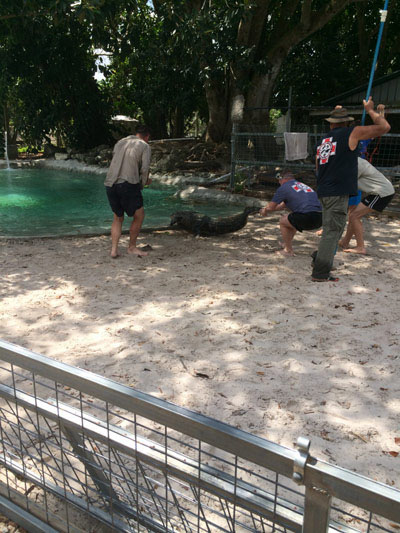 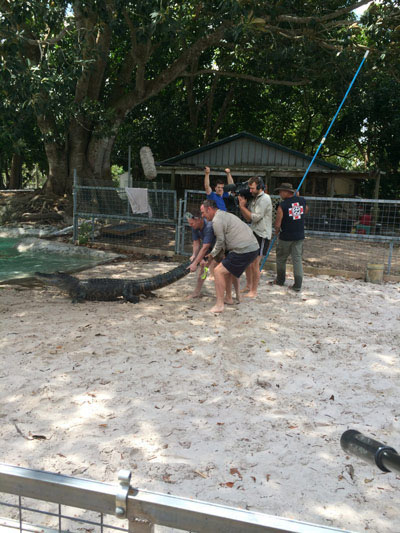 Nigel then showed me how to jump on his back, pin his head, and hold his mouth closed in order to lift his head off the ground! What an experience. This will be aired next March when Nigel has finished all his filming and editing, and I can't wait to see the end result. 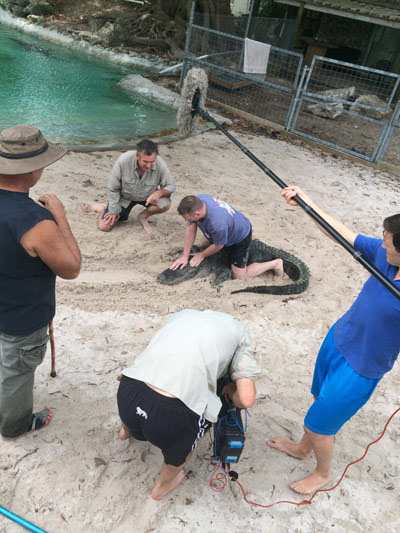 That said, for now, I am just glad he has left the vessel!

- Captain Carl, all limbs still attached, and a grin to outshine Casper's! Seriously, I love where we take you...

Connecting Through the Love of Travel

Note: This is a special feature post from Chris Owen of ChrisCruises.com. Sailing on the Azamara Journey, our first stop was the Greek port of Gythion, a...

Azamara’s Guide to the Best Street Food Around the World

We love a Michelin Star restaurant as much as the next foodie, but every great meal doesn’t have to be accompanied by crystal, china and white...

Seven Things to do in Hawaii

Heavenly Hawaii—this volcanic chain of islands in the Pacific is at the top of almost every traveler’s bucket list. With its lush, untouched natural...